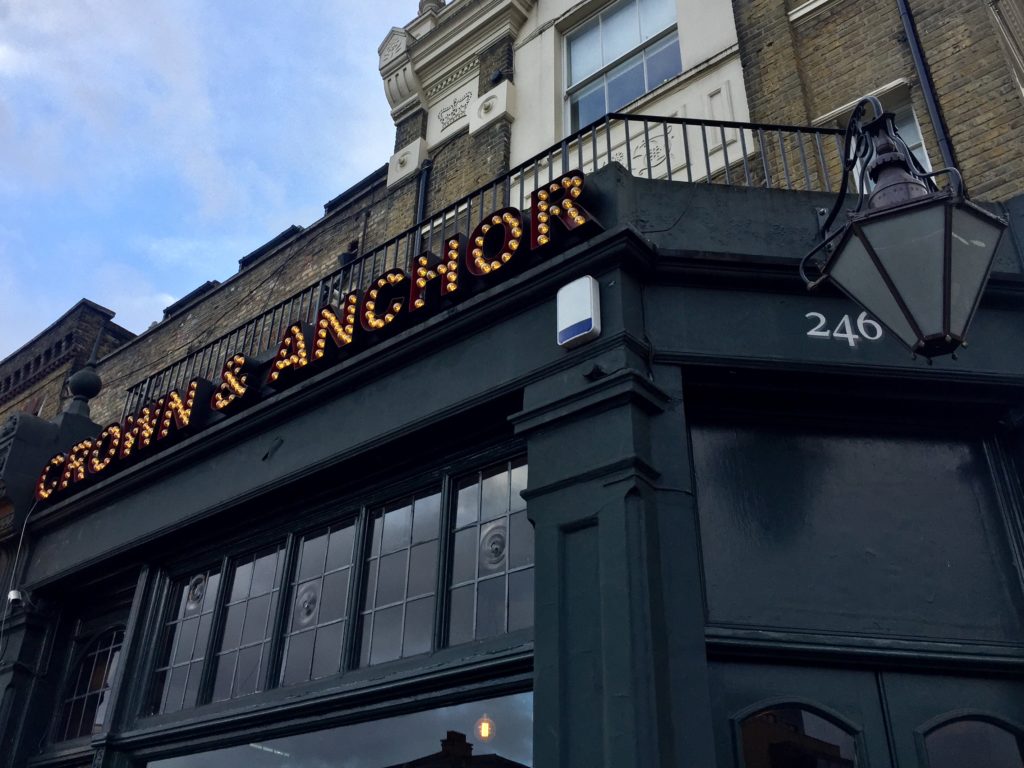 As time goes by, poor Time Out’s 1000 Things to do in London is really starting to show its age. Restaurants and especially pubs open and close faster than the average Londoner blinks, and keeping up with the ever-evolving eating and drinking scene is sure to send you into a coma or bankruptcy, whichever happens first.

So when the 1000 Things book is like, ‘Wow hey, look at these pubs doing this crazy thing called CRAFT BEER’ and ‘the bar staff will even give you RECOMMENDATIONS’, you’re kind of like, aww how quaint. Anything even remotely approaching American levels of service used to be such a novelty in this city, as was the ability to walk into a boozer and choose a beer that wasn’t Fosters, Guinness or a hand-pulled pint of room-temperature piss from North Yorkumberlandershire.

Weren’t those the days. Fortunately, pubs like Crown & Anchor came to save London from the drought of good beer. 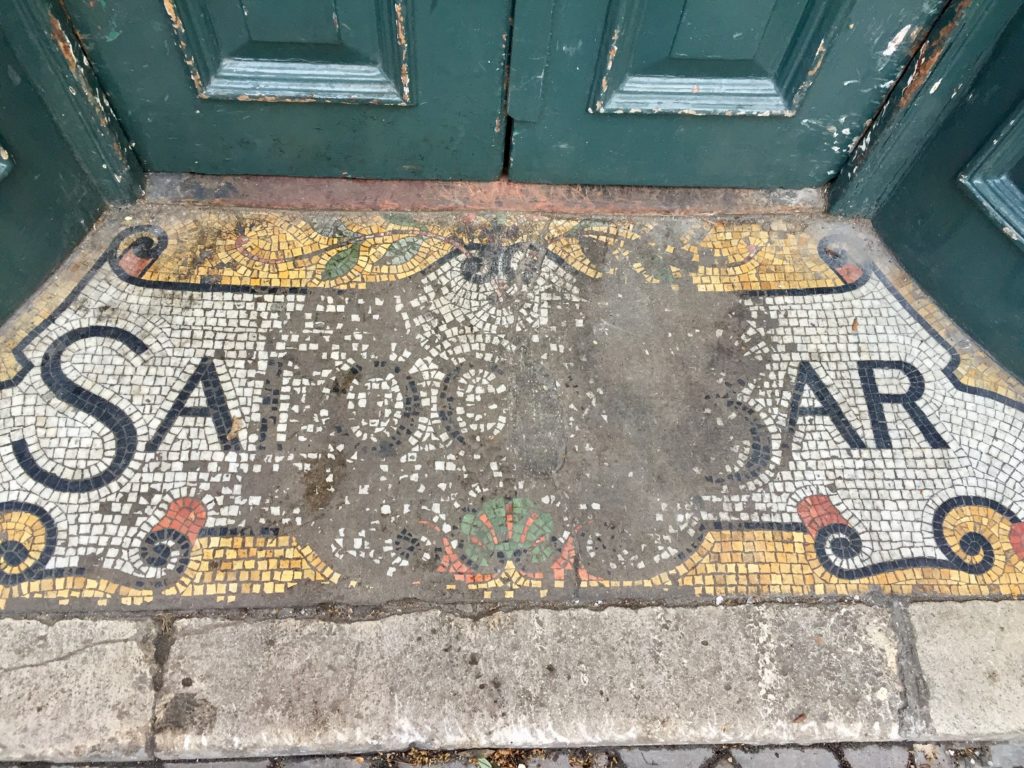 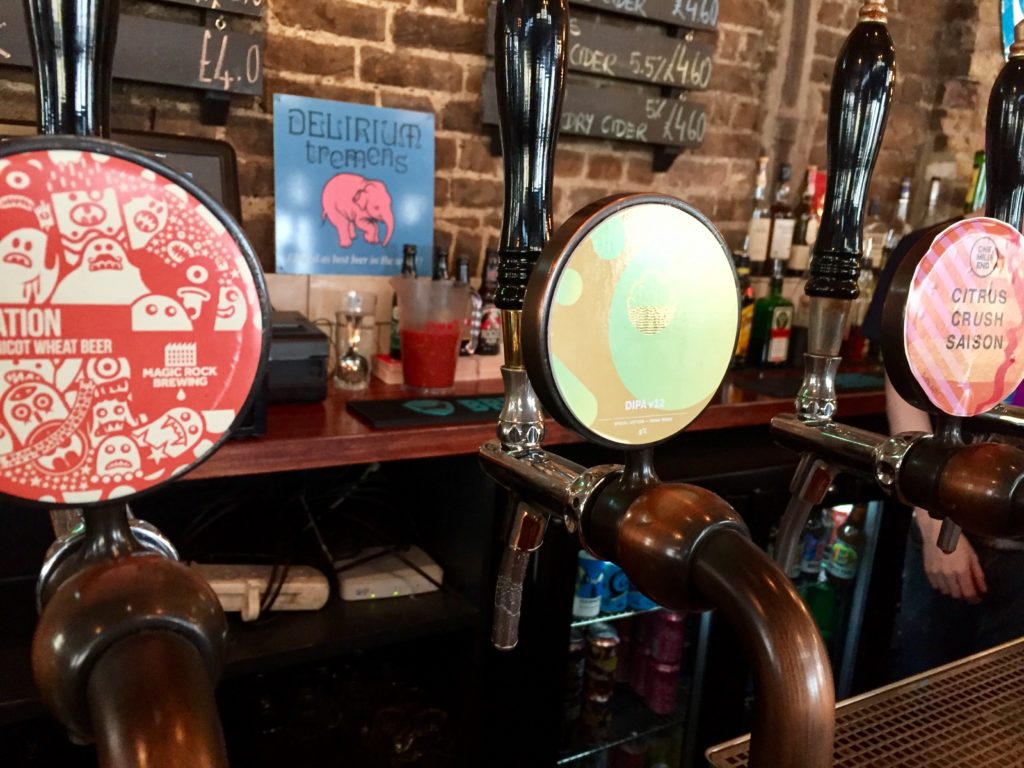 Crown & Anchor is a historic-looking but obviously refurbed boozer off a neglected section of Brixton Road, complete with exposed brickwork on the wall and distressed dark panelled wood floorboards underneath. Because it’s at least a 10-minute walk from any station, it feels like a jolly neighbourhood local, and on the Sunday I visited, the tables were completely full, with people spilling out towards the sunny park behind the pub. 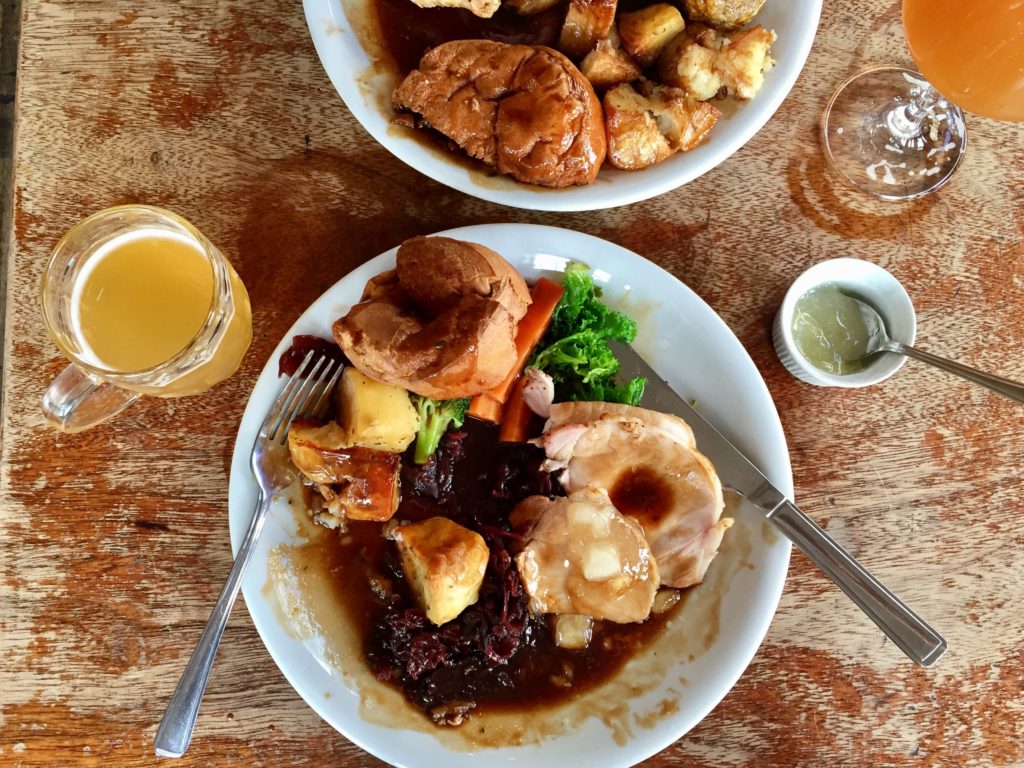 What should I order?

Come on, you know why you’re here. With a rotating choice on the 25 taps, plus a healthy selection of bottles in the fridges behind the counter, you’d be doing yourself a complete disservice not to try one or five of the craft beers on offer. When Crown & Anchor opened in 2012, it won Time Out’s Best New Beer Bar that year, as well as other accolades from the Guardian and CAMRA, so it’s no secret what they (still) do best.

The Sunday roast also goes down a treat, which the bar staff can help you pair with one of the infinity beers (recommendations!), leaving you happily on that cusp of I-could-order-a-dessert and I-need-to-sleep-this-off. (I did wonder why scratchings weren’t served with the pork roast though. Sad face.)

Book in advance if you’re planning to eat, but if you’re OK with a slightly later afternoon lunch, you can reserve a table the day before. 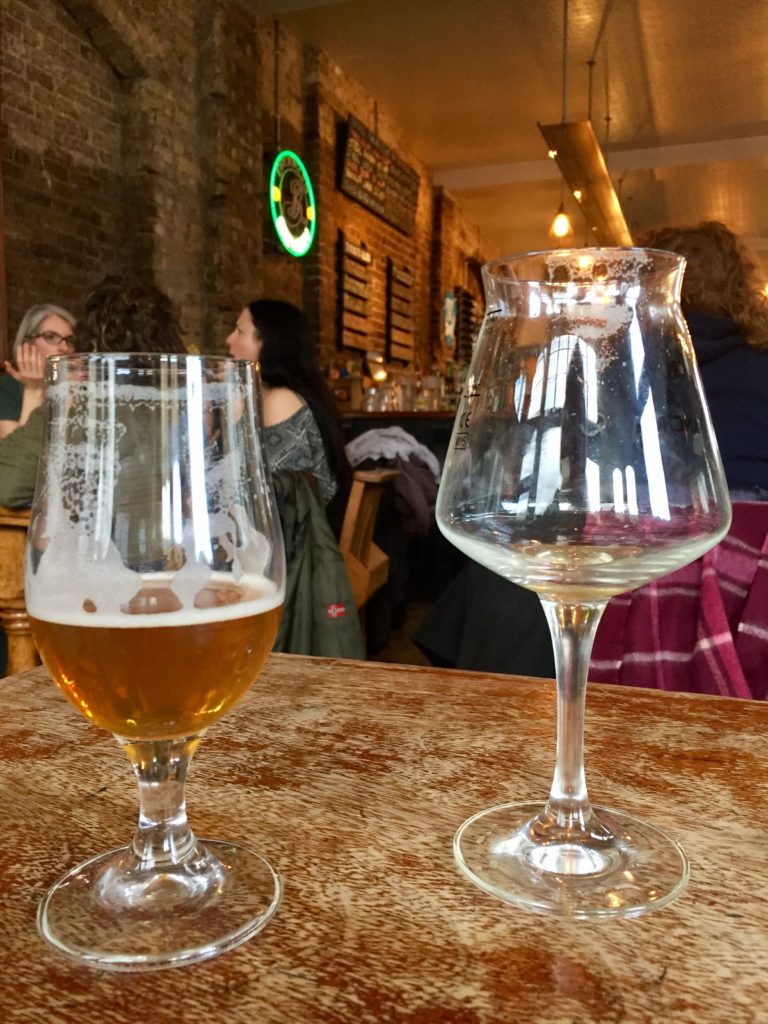 Make a craft beer crawl out of it? You need to get back to the station anyway, so you might as well wander by the Brixton outpost of The Craft Beer Co if you’re not completely sozzled on 9% double IPAs already. If you need some sustenance for the ride home, stroll through one of London’s best eat streets at the shipping containers of Pop Brixton and the covered lanes of Brixton Market, where the sights and smells of Beijing dumplings at Mamalan, the original branch of Franco Manca’s pizza empire or any of the other dozens of restaurants you encounter are sure to top you up.