When London life gets to be too much, relaxation could be a salt-water filled pod away. Forget your worries at Floatworks, a floatation centre in Vauxhall. 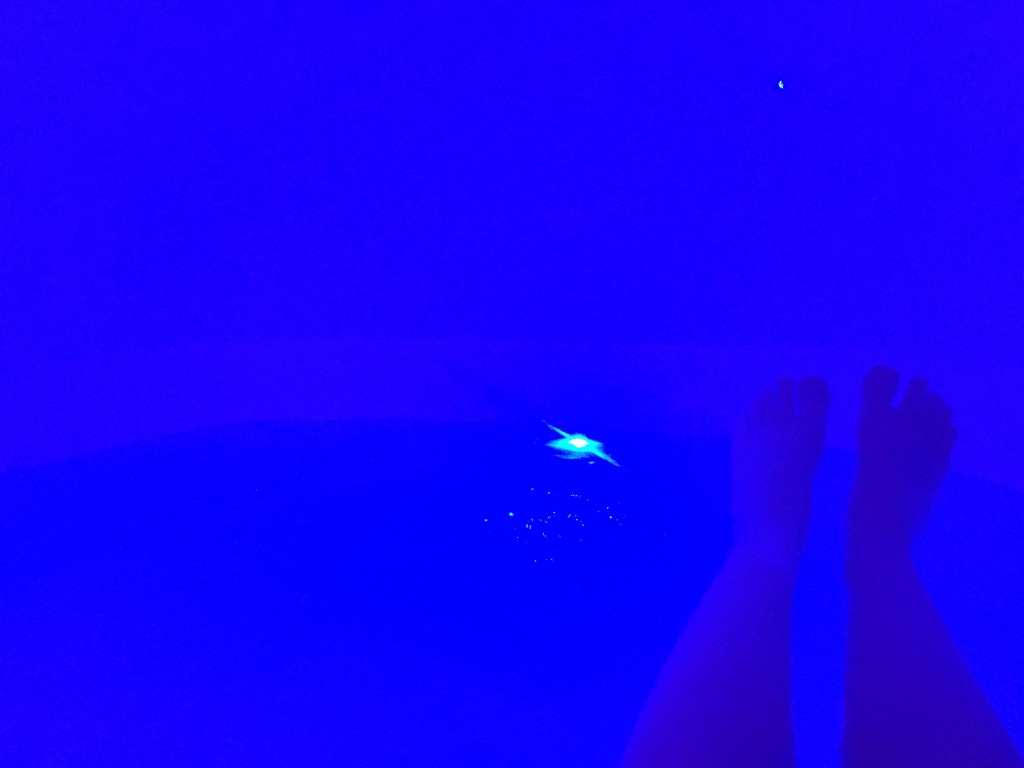 London Thing 18 of 1000: Float at Floatworks, a floatation centre.

If this blog says anything about me, it’s probably that I don’t have the faintest idea how to relax.

So I was more than a little skeptical of how I was supposed to chill out by sitting by myself in something called an ‘isolation tank’ for an entire hour.

Turns out that it was actually the most revitalising 60 minutes I’ve had in a long time.

In Alanis Morissette levels of irony, the floatation centre that my 1000 Things in London book recommends burned down years ago, sad because it was the first one in the UK, but a few others have sprouted up around the city since.

Thanks to a kind invitation from a floatation centre called Floatworks, I found myself gawking at a swish new building at St George Wharf in Vauxhall, not far from the River Thames. 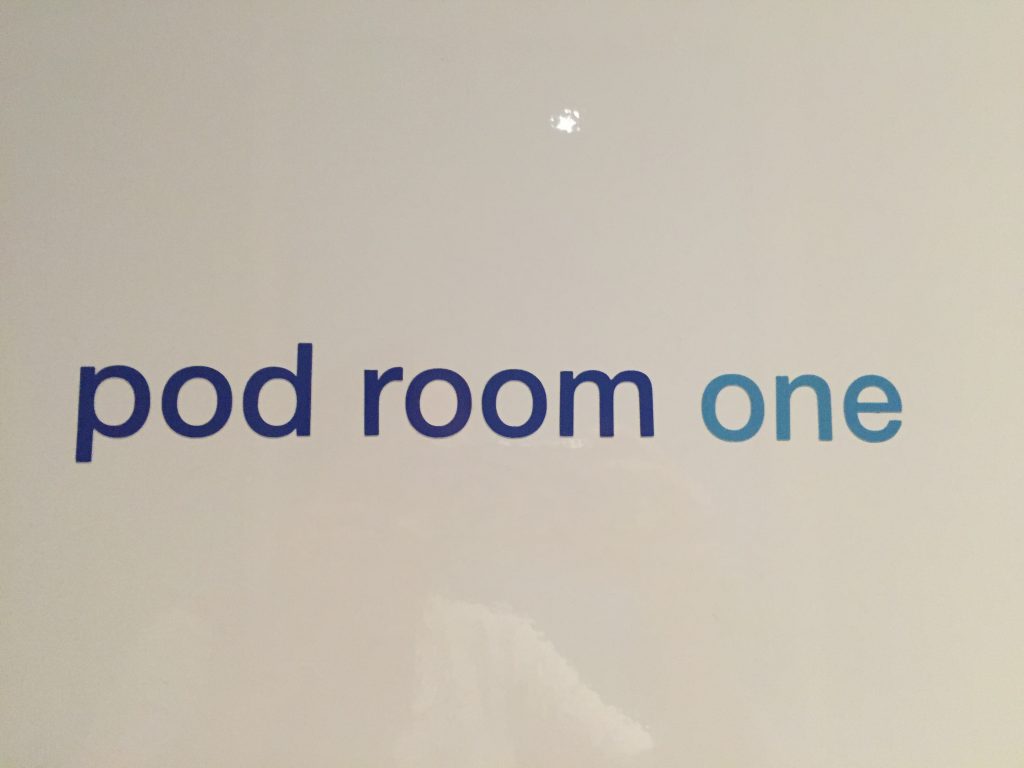 I was led to my room, which was almost entirely filled with the giant white egg that I’d be hanging out in for the next hour. The pod is filled with warm Epsom salt water that’s about a foot deep.

After a quick shower in a blue-lit futuristic cubicle, I put in the earplugs left behind for me, hopped into the tank and closed the lid. 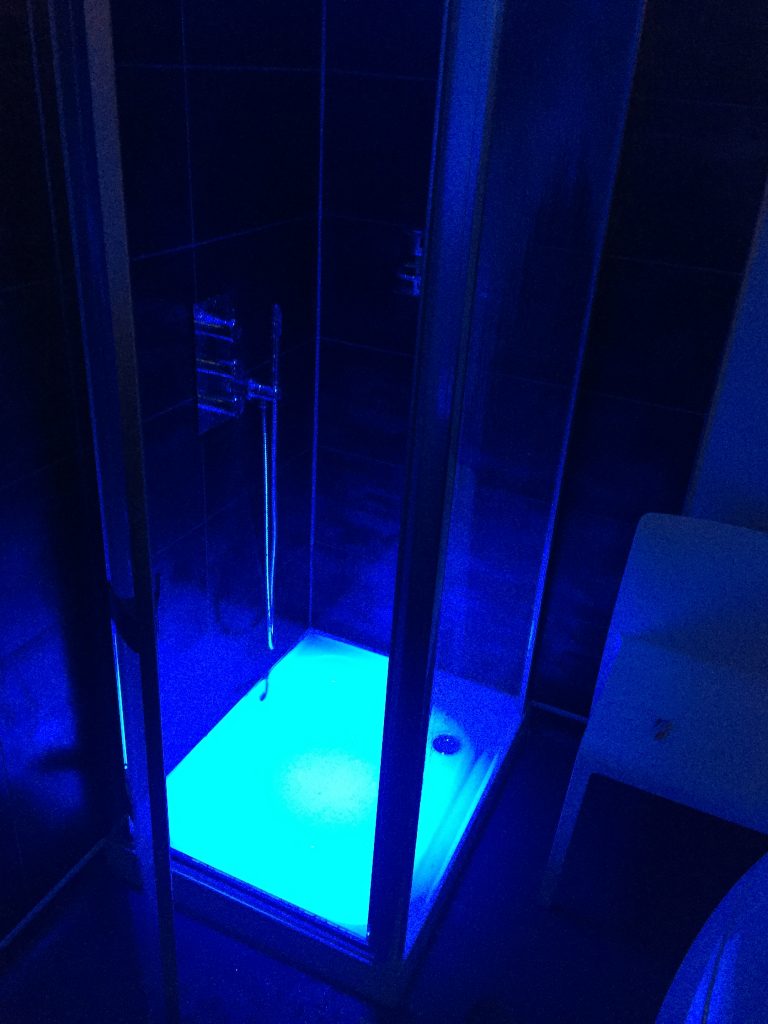 At first, I felt like a Roomba in a giant bathtub. The water wasn’t still yet, so my head kept bumping against the sides of the tank.

After a few minutes, all was calm, soft music played (something like ‘Sounds of the Rainforest, Vol 1’) and the blue light glowed steadily. But I couldn’t stop tensing my muscles. Would I actually float, or would this be like the part I hated most in swimming lessons, where I floated as gracefully as a brick? (This is a valid concern. I am the girl who managed to sink in the Great Salt Lake in Utah.)

But when I finally let go, I was still there. I was weightless. The only thing I sank into was zero-gravity bliss.

I was told that the music would end after five minutes, so I decided to go full sensory deprivation and turn off the light then too.

I was afraid that all I would think about for the next hour was my to-do list and what kind of pizza I was going to order when I got home, but my brain seemed to switch over into dream mode. I was happily drifting through outer space (fortunately not Matt Damon-style), and then through the Amazon, and then down the Thames, no wait…

All too soon, the music and the light came back on, and it was back to my reality.

I gingerly stepped out of the egg, got dressed and and floated out the door, into the dark, wet pod of a London night.

Want to float in my footsteps? Floatworks are offering readers of my blog 20% off when you use the code NOPLACELIKEIT. Click here to book.

Disclosure: Floatworks invited me along for a free float at their centre in Vauxhall on their grand opening weekend, but I paid for my original float at their old space in the Docklands using a Red Letter Days voucher.