Highgate Cemetery, part 1800s burial ground and part nature reserve, is London’s most striking example of the Victorian symbology of death, best explored by flickering candlelight on All Saints’ evening. 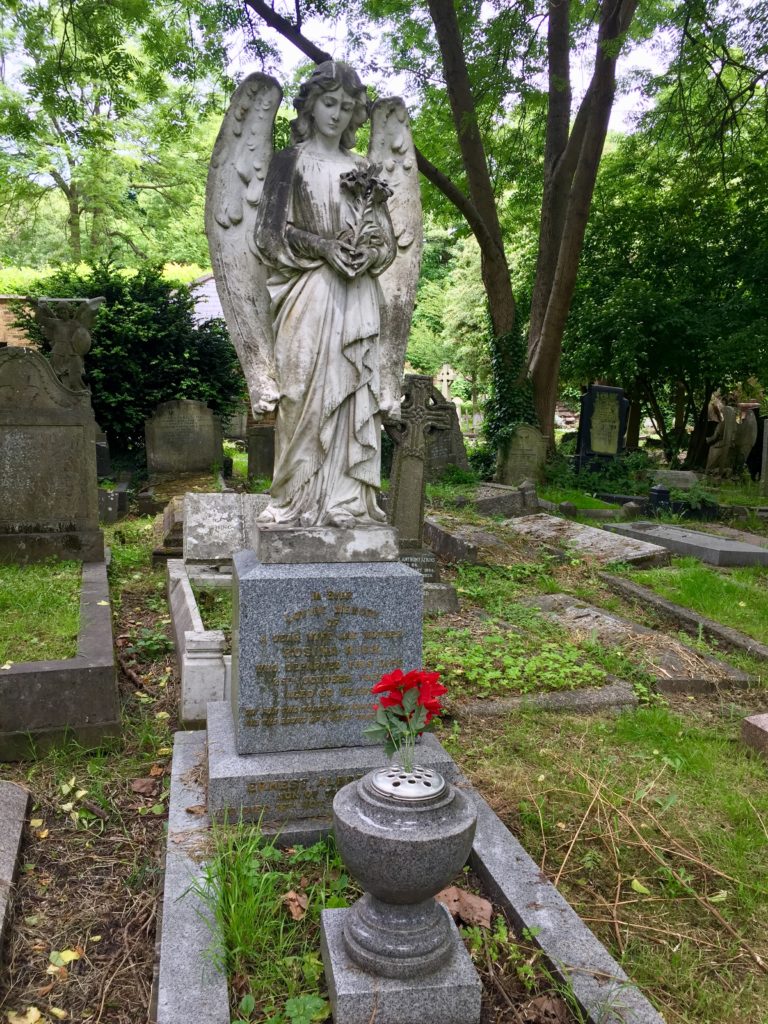 London in the 1800s must have been an insanely grim place. Within 50 years, the population of the city more than doubled, and small church burial grounds were quickly becoming overcrowded, leading to epidemics caused by runoff from the graveyards getting into the water supply. Calls for new ‘dignified’ cemeteries were finally heeded in the 1830s, with the construction of the ‘Magnificent Seven’ over the course of a decade.

Highgate Cemetery was the third of the seven to be built, in 1839. (I’ve also visited the spectacular Brompton Cemetery, the sixth on the list, which is worth a stop on its annual Open Day when you can poke around inside the catacombs.) 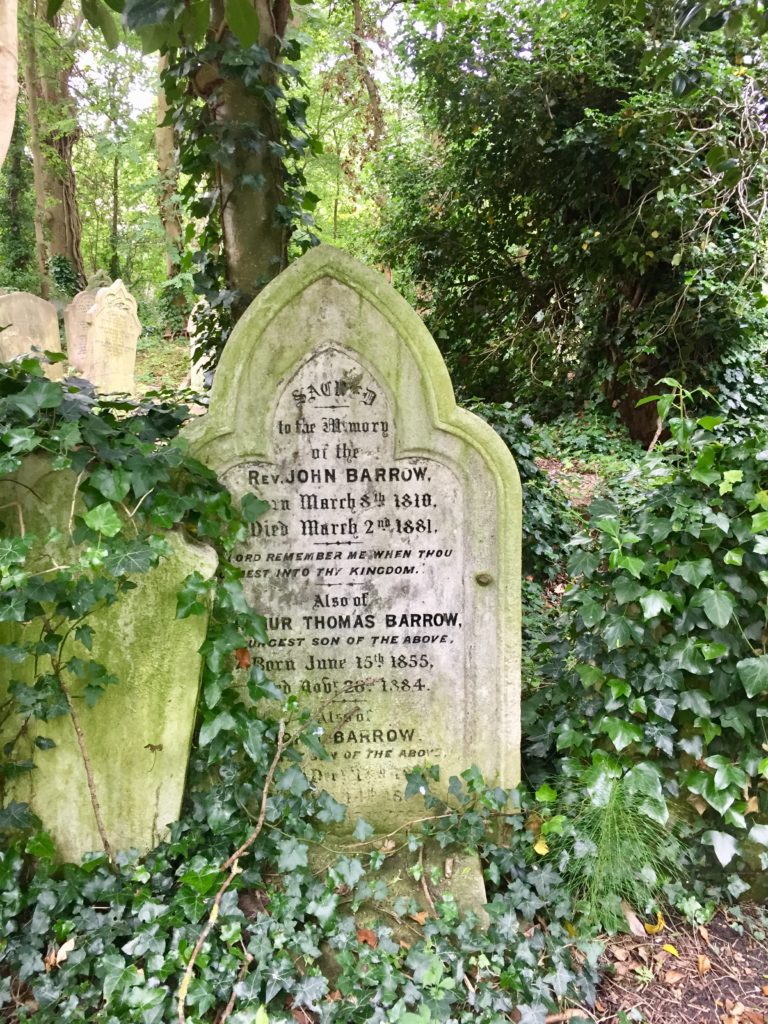 Highgate Cemetery is divided into two sections, helpfully named East Cemetery and West Cemetery. You must pay to enter either section, but to enter the West Cemetery, you must join a guided tour (this entry fee also includes a self-guided tour of the East Cemetery). But the tour makes it all the better, as the incredibly knowledgeable guides recall some of their favourite stories behind the stones. 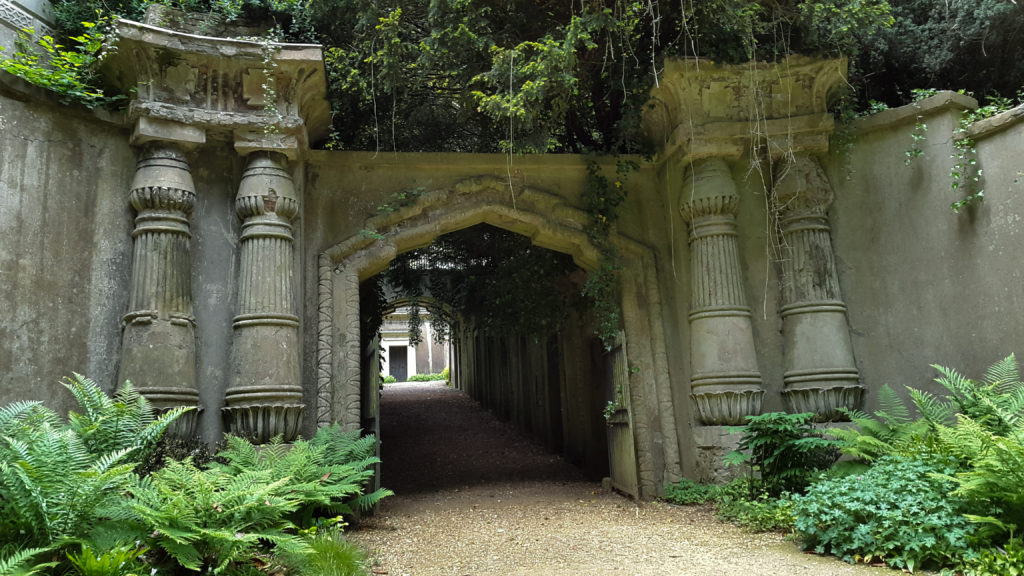 In its day, Highgate Cemetery was a fashionable place to be buried, and the architects of this burial ground wanted to stay on-trend in their designs. Relics of Egypt, which was just being discovered by the Brits, were all the rage in 1840s London, and the undisputed highlight of a visit to the West Cemetery is the stunning Egyptian Avenue and the streets of family tombs beyond. 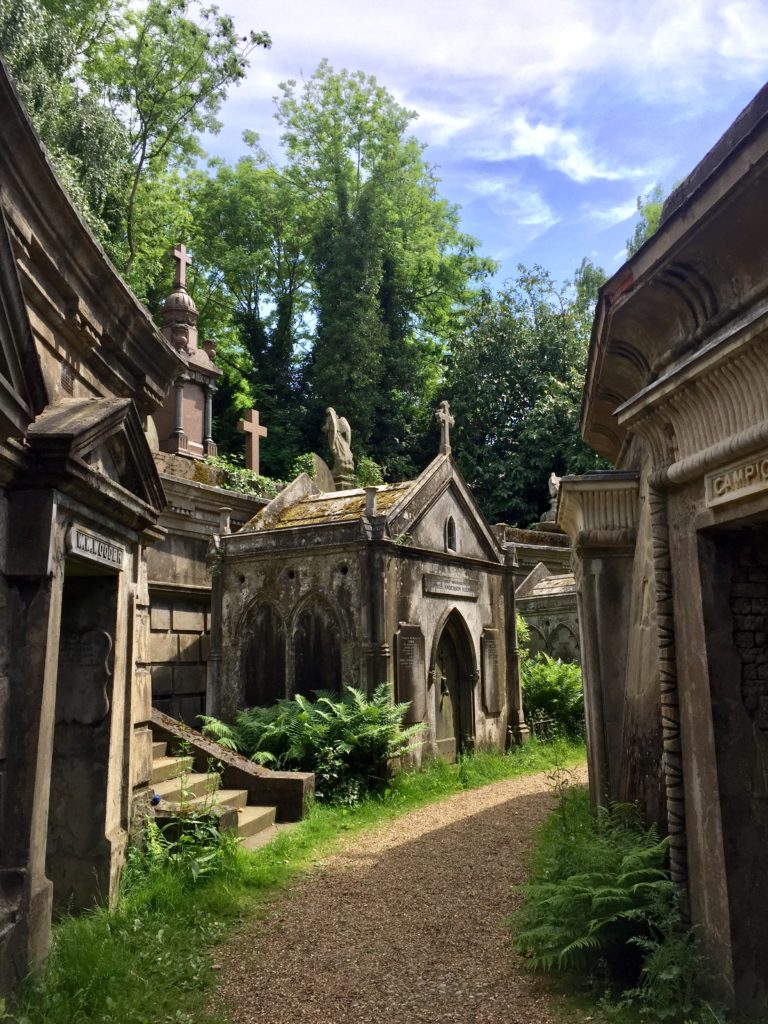 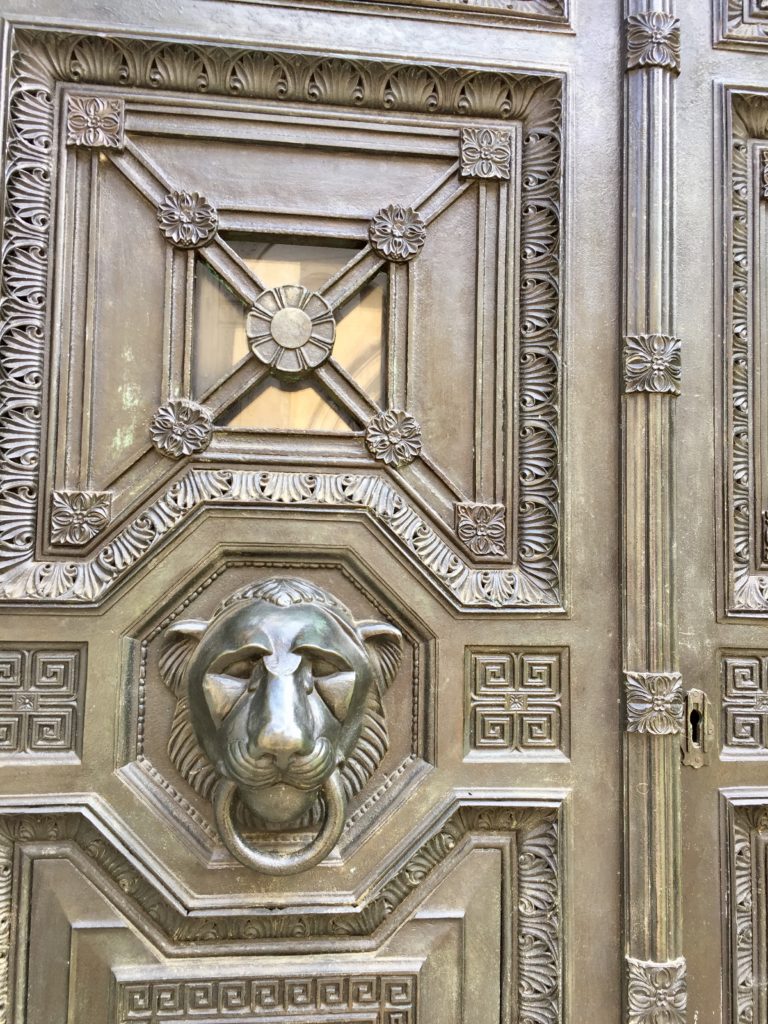 Victorian images of death adorn the tops of gravestones throughout Highgate Cemetery, with broken columns symbolising a life cut short and upside-down torches meaning a life extinguished. Fabric-draped urns represent the closing of the stage curtains of that performance called Life. 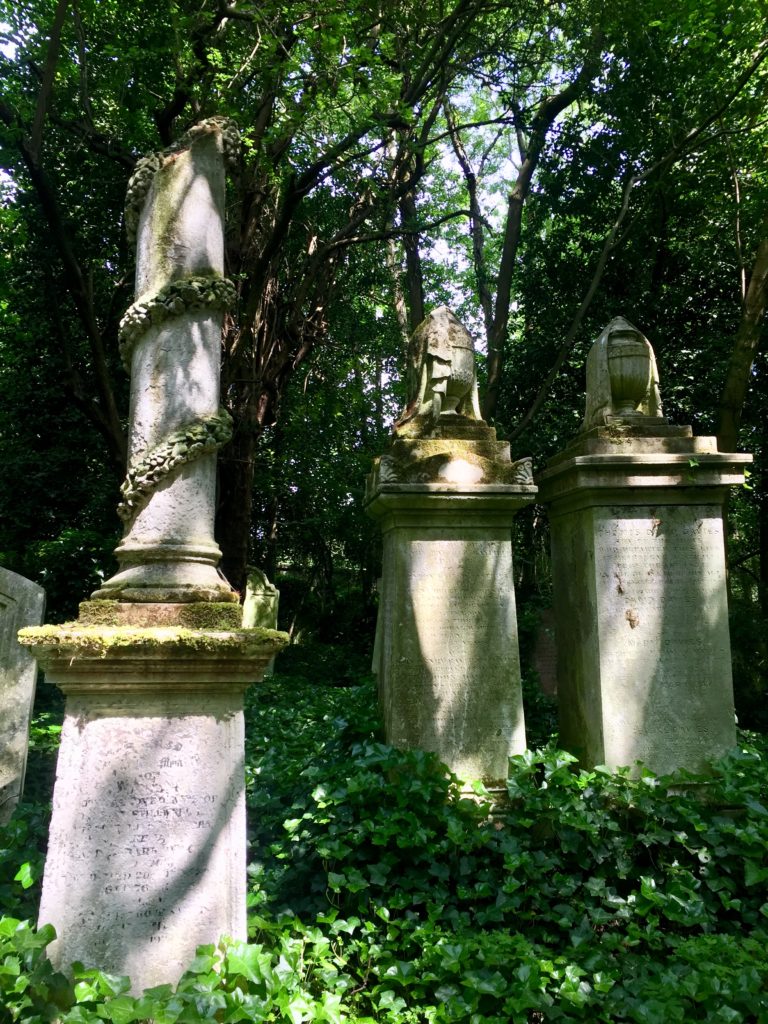 The plant life in the cemetery has mostly been left to its own devices, and ivy coils around the headstones, and in the spring, beautiful roses and other colourful flowers burst into bloom. 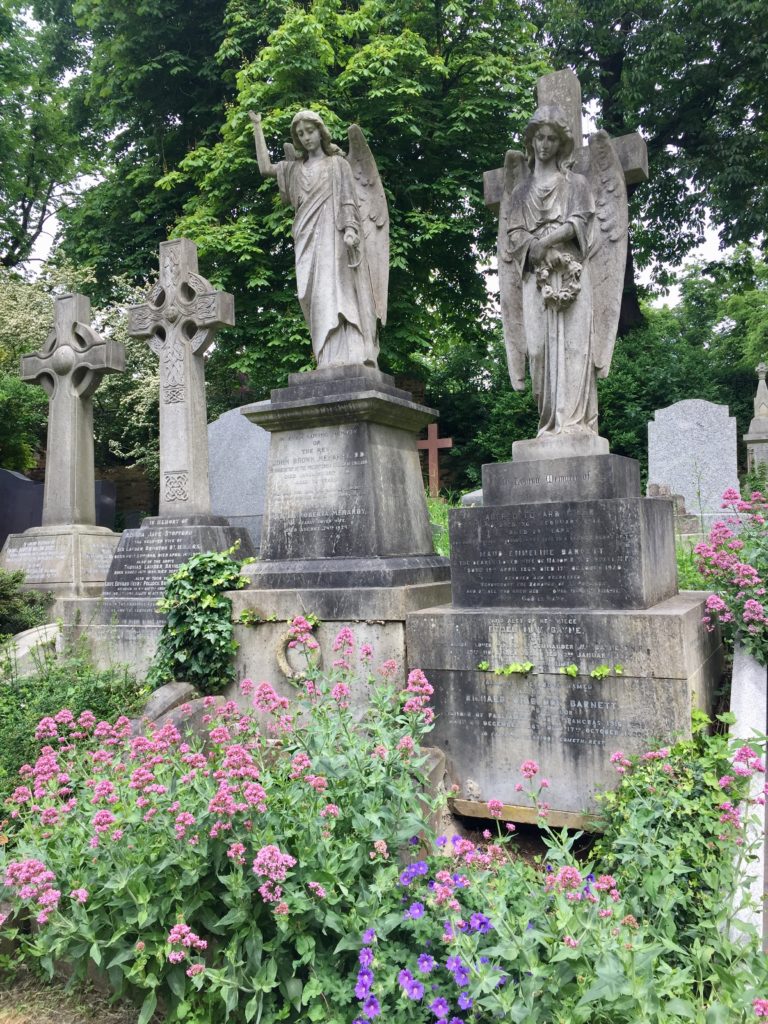 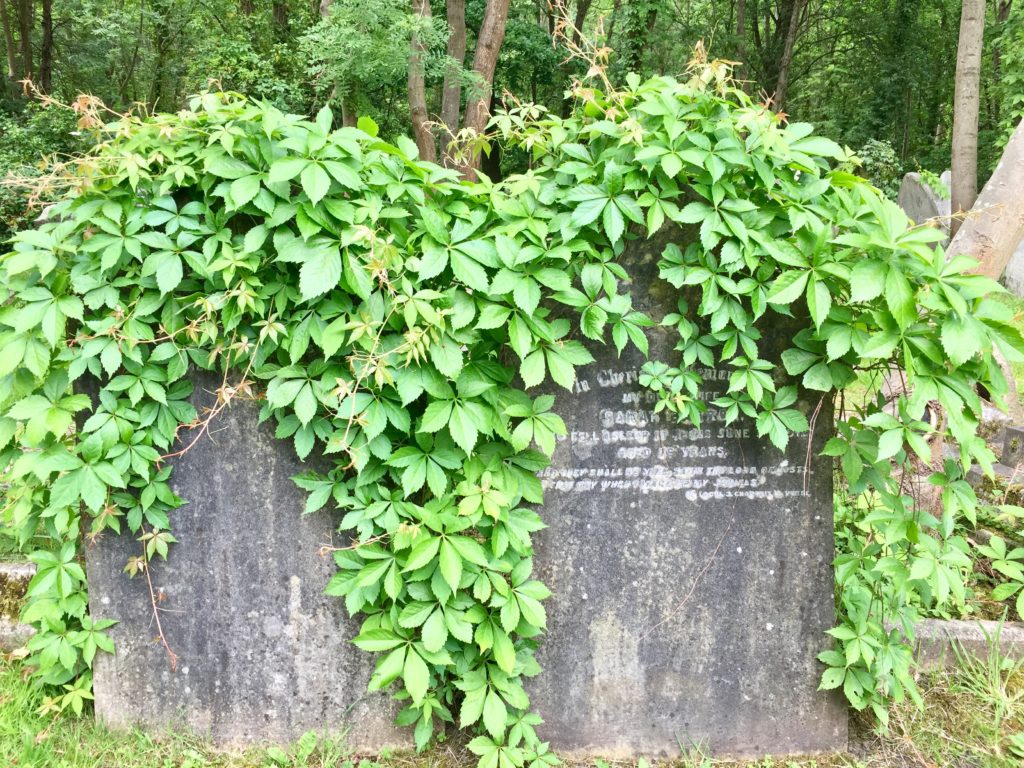 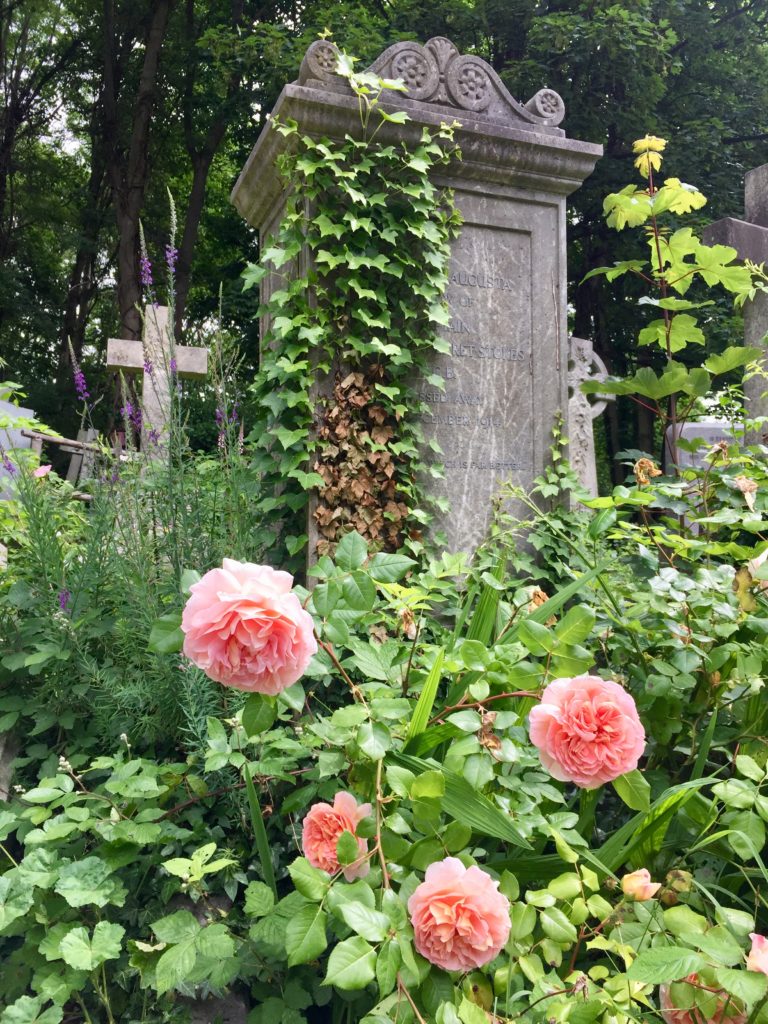 Highgate Cemetery is the final resting place for a number of well-known names, though more of the recognisable names are found in the East Cemetery. A particularly poignant grave in the West Cemetery is that of Alexander Litvinenko, a Russian spy who defected to the UK and was murdered in 2006 after drinking tea poisoned with radioactive polonium. A sombre broken Victorian column fittingly rises through the shrubs behind. 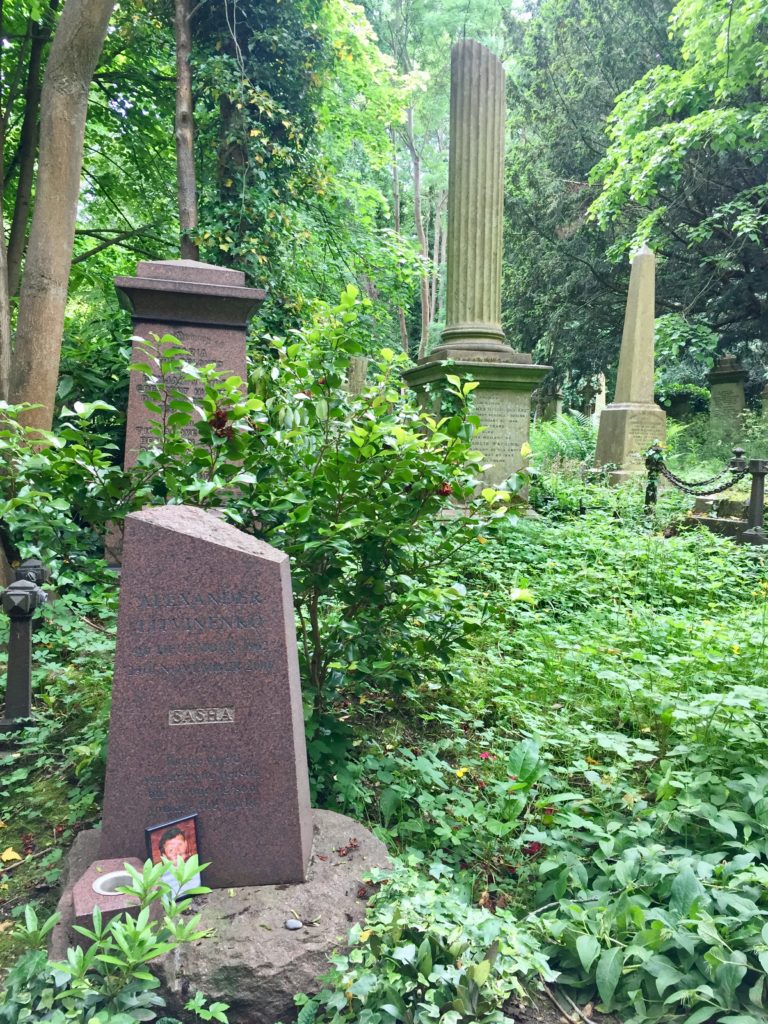 The East Cemetery’s most famous resident is Karl Marx. Marx was originally buried below a now-cracked, nondescript stone in 1883, but in the 1950s the Communist Party raised funds to build a huge memorial to Marx that’s impossible to miss. 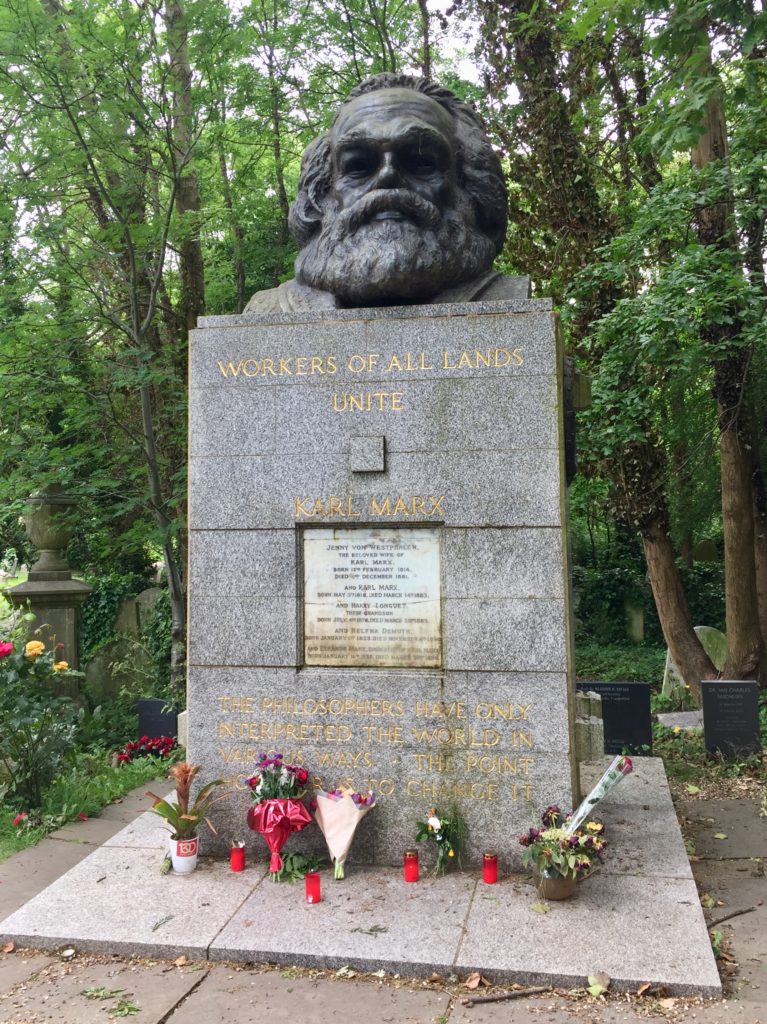 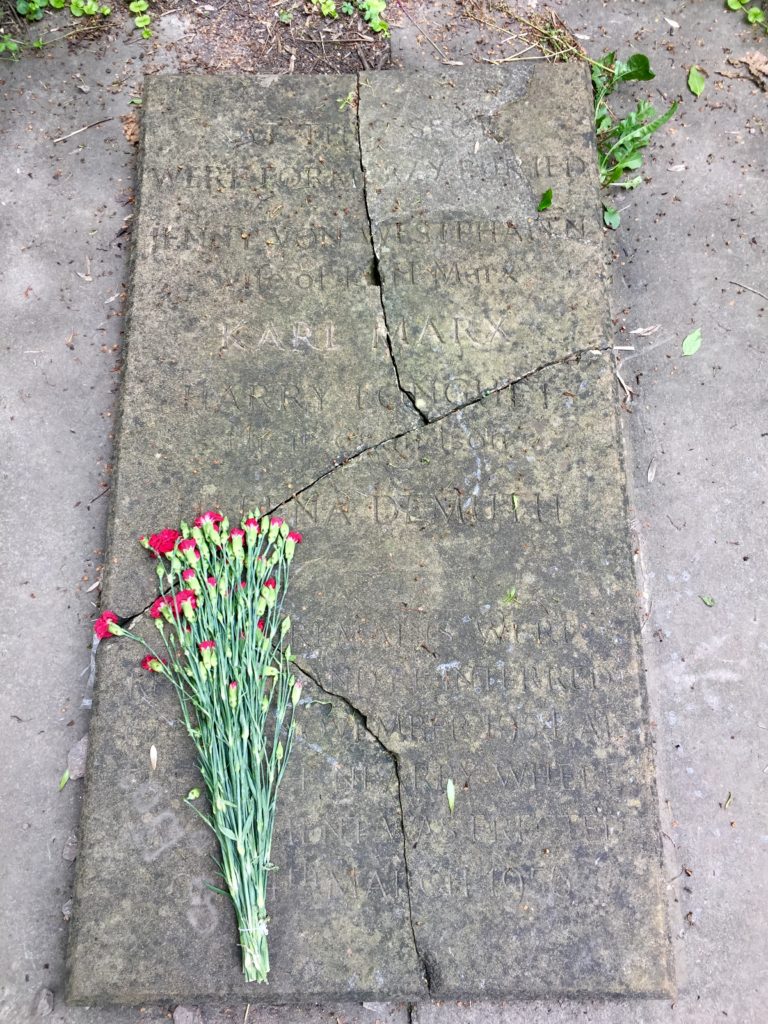 One of the creepiest ways to explore the East Cemetery is to stop by for the late opening on All Saints’ evening, the day after Halloween. It’s pitch black except for the unsteady glow of candlelight and the occasional torch, and the entire East Cemetery is yours to wander at your will. It’s incredibly atmospheric and is bound to give you the chills (weather-related or otherwise).

It’s best to purchase tickets in advance (from Eventbrite) and bring a high-powered flashlight if you want any sort of decent photos. 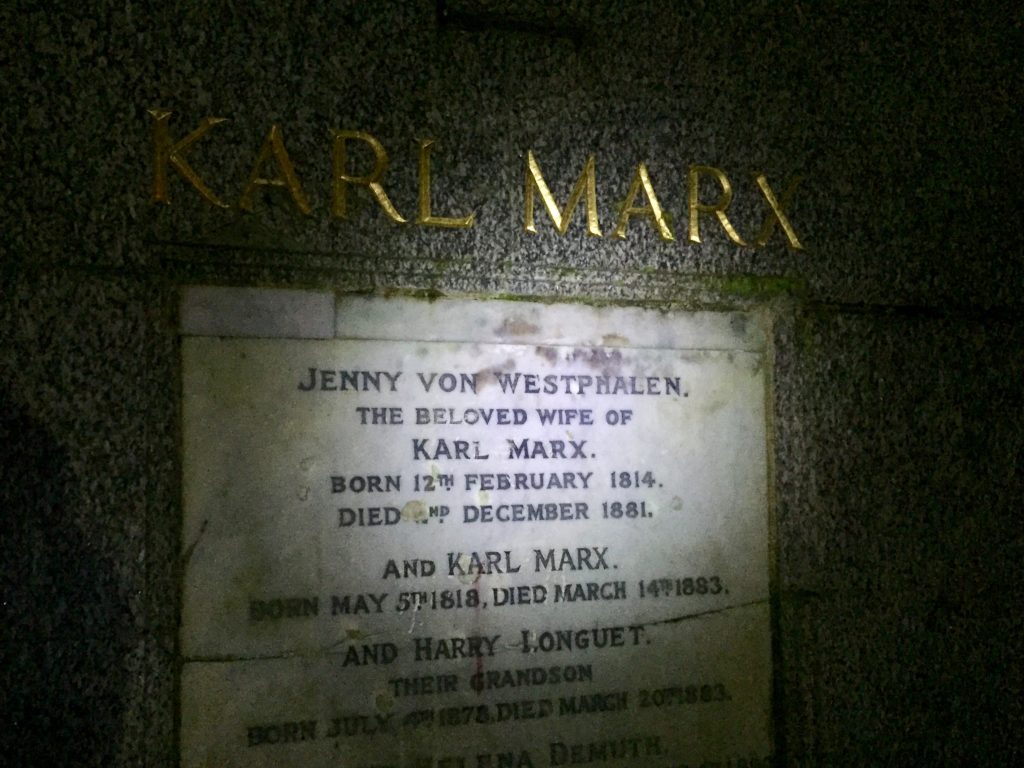 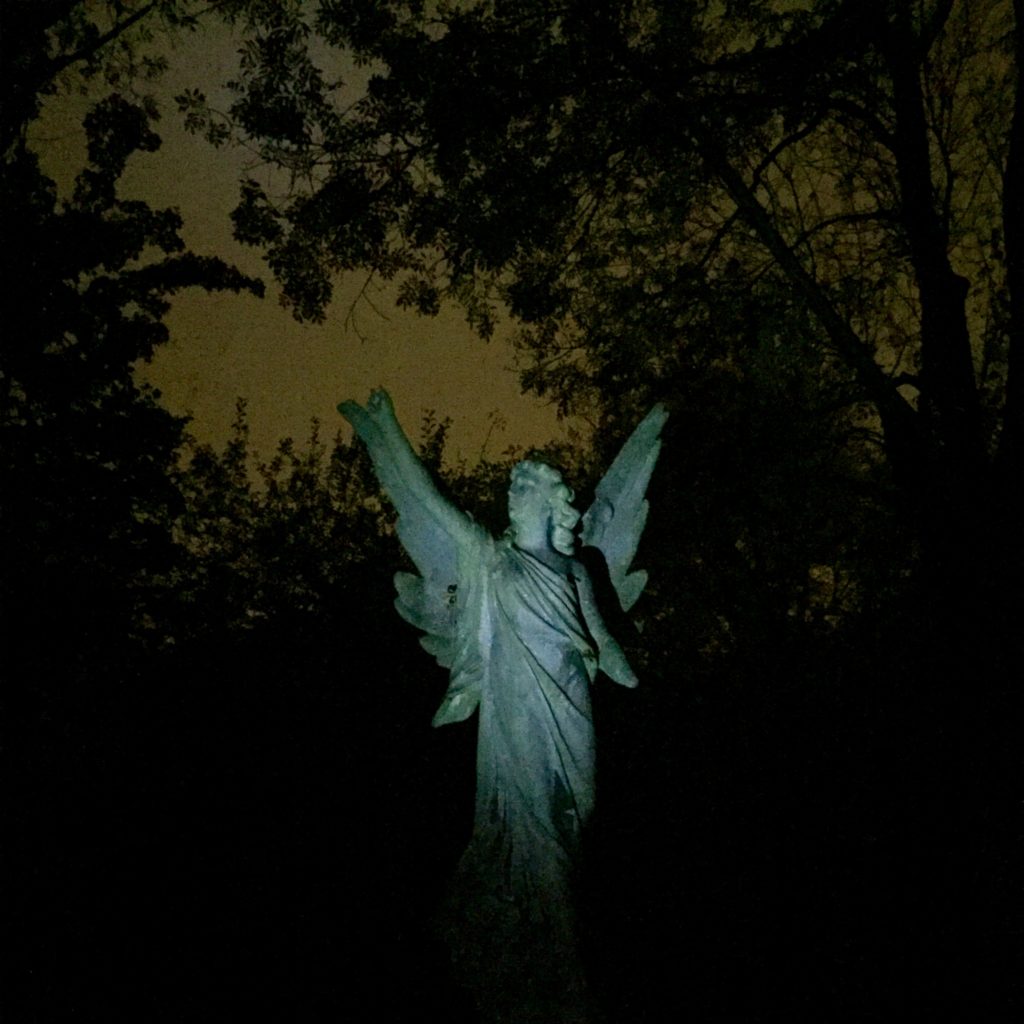 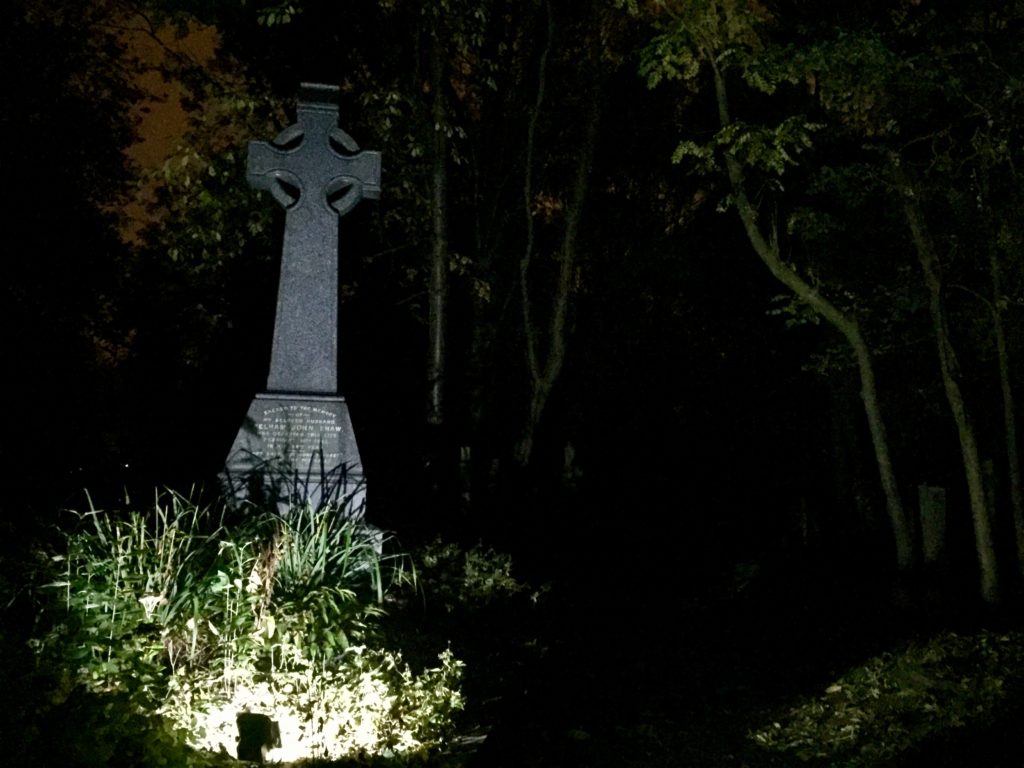 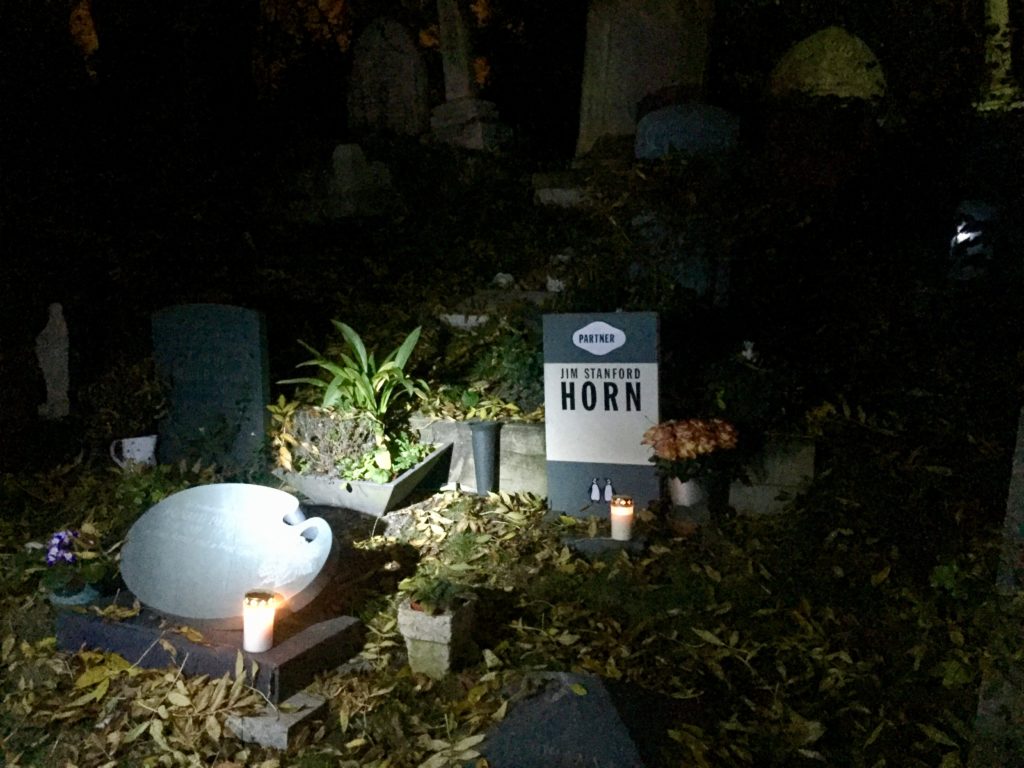 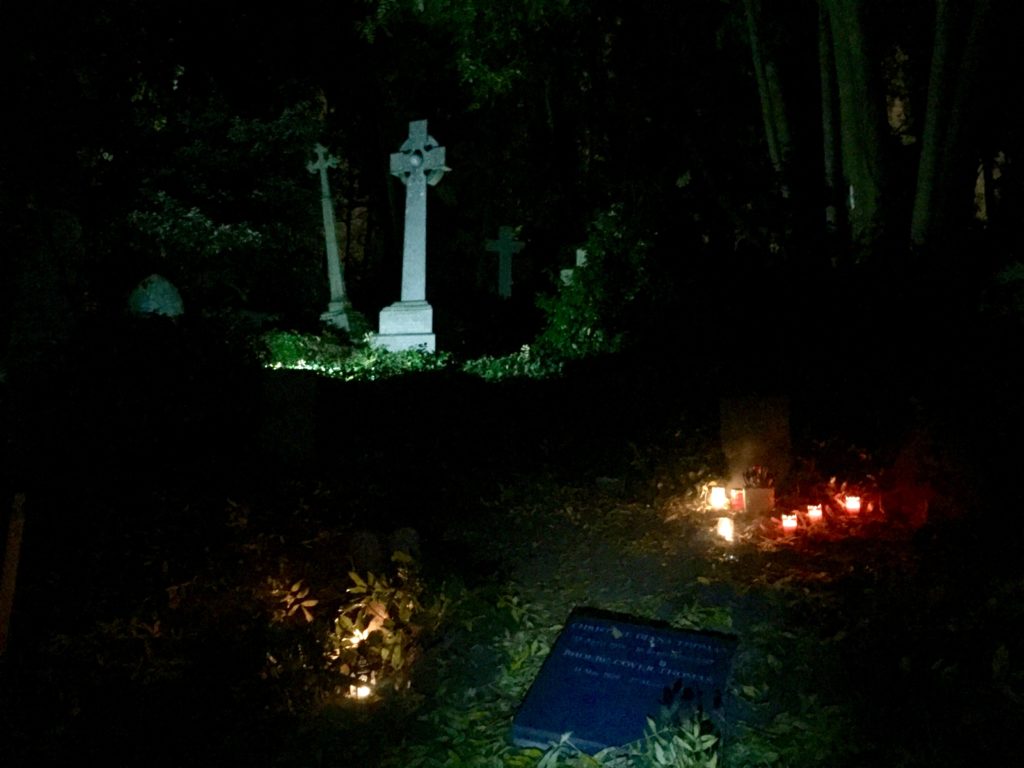 If you’re haven’t had enough with the otherworldly, head to the top of Swain’s Lane to the Flask pub, which is supposedly haunted by the ghost of a barmaid who hanged herself in the pub cellar (where you can now sit and sip a pint). One of the pub’s rooms is also said to be where one of the first autopsies was ever conducted, with a body dug up from Highgate Cemetery by graverobbers.

If you’d rather leave the ghosts behind, you can find a decent craft beer selection at The Duke’s Head, which has a monthly rotation of tasty pop-ups in its kitchen. A pumpkin beer here is the perfect autumn treat.