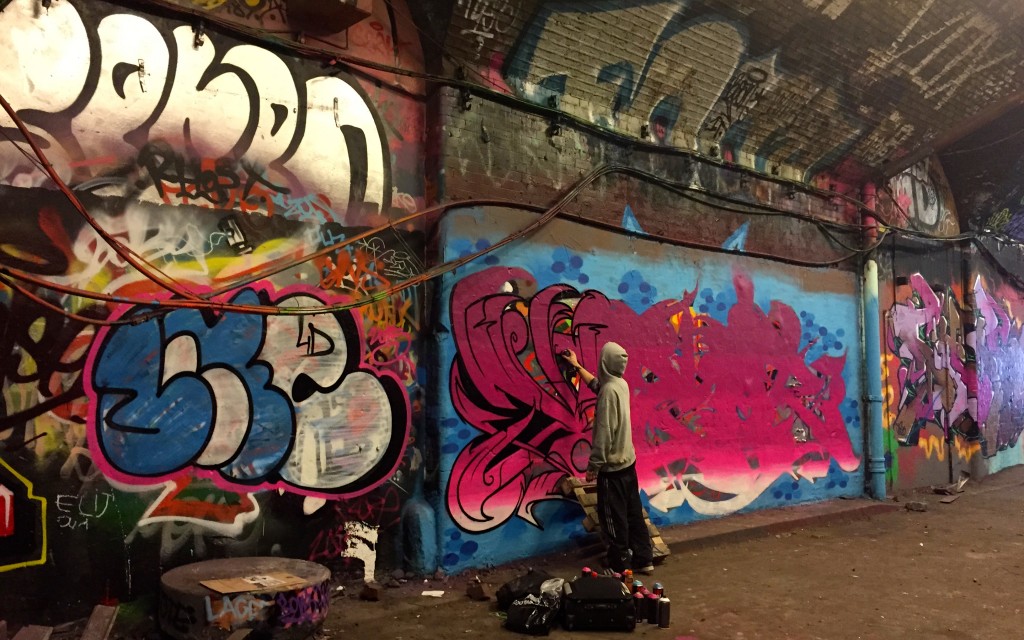 Leake Street Tunnel, a grimy road under the abandoned Eurostar platforms at Waterloo station, is a hidden sanctuary for some of London’s most fantastic street art.

It felt like we were heading into the great unknown, the dark at the beginning of the tunnel. In the shadow of the London Eye, we looked at the map again.

How could anything this close to the Eye be a ‘secret’? This was about as central London as you could get. 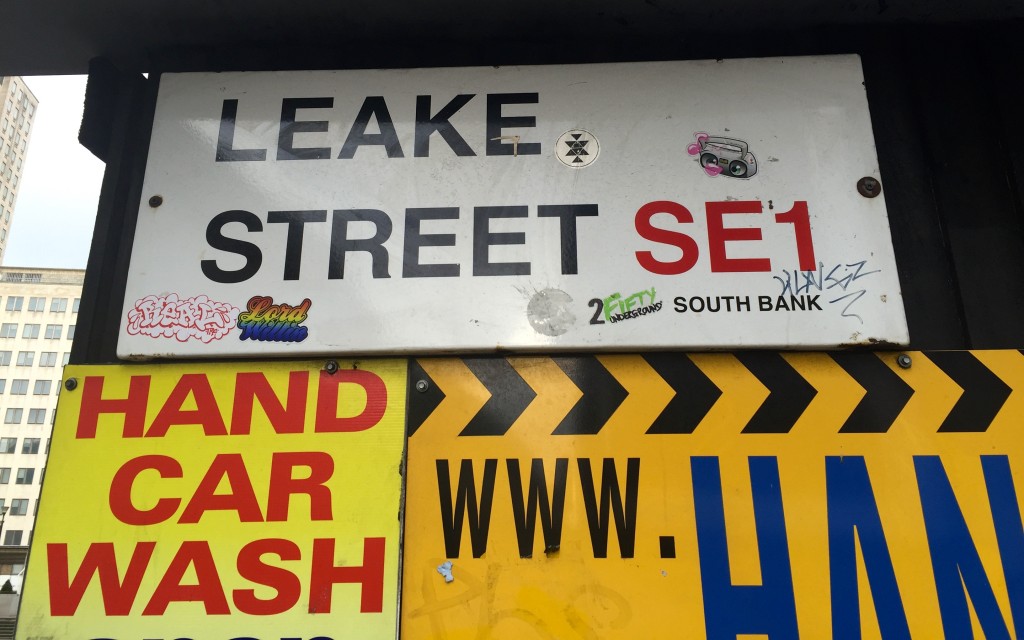 But this isn’t somewhere you’d go on purpose. Leake Street Tunnel was just another dingy road near a train station that had a car wash on one end and a line of bins all the way to the other. And then the Eurostar terminal moved from Waterloo to St Pancras, and it seemed like this was going to be a black hole in the centre of London’s urban fabric.

But Banksy must have wandered past and decided to turn this tunnel into an ever-changing art museum of sorts. The famous street artist ‘opened’ the tunnel for decoration with the Cans festival in 2008 with 30 or so other artists, and it’s been a legal-ish graffiti space ever since. 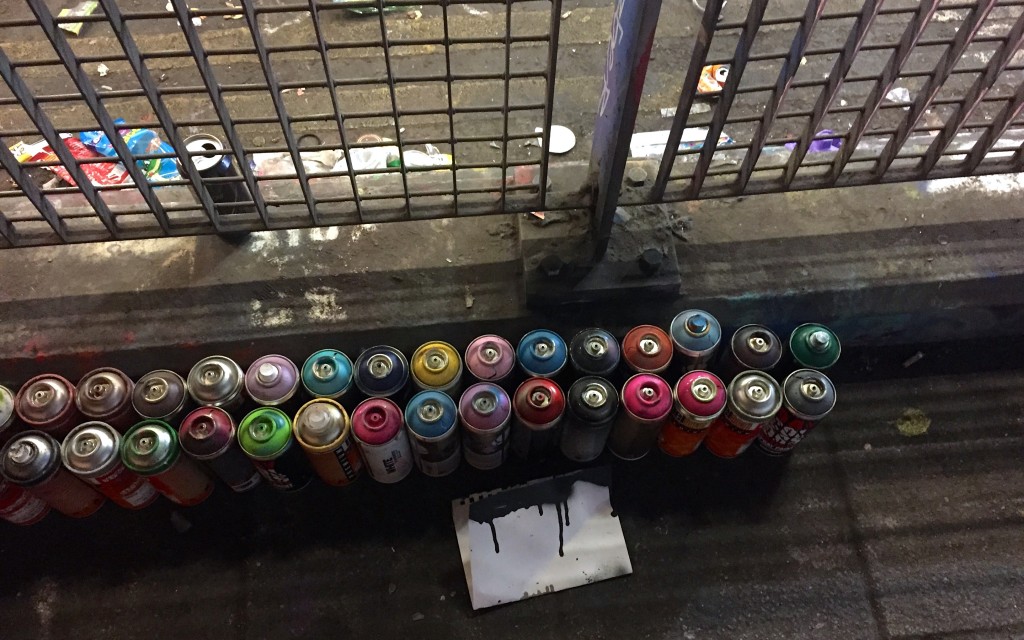 Sadly, you won’t find any of Banksy’s work here now because it’s been covered over with seven years of paint and tags, but photos of the art from the Cans festival look amazing. 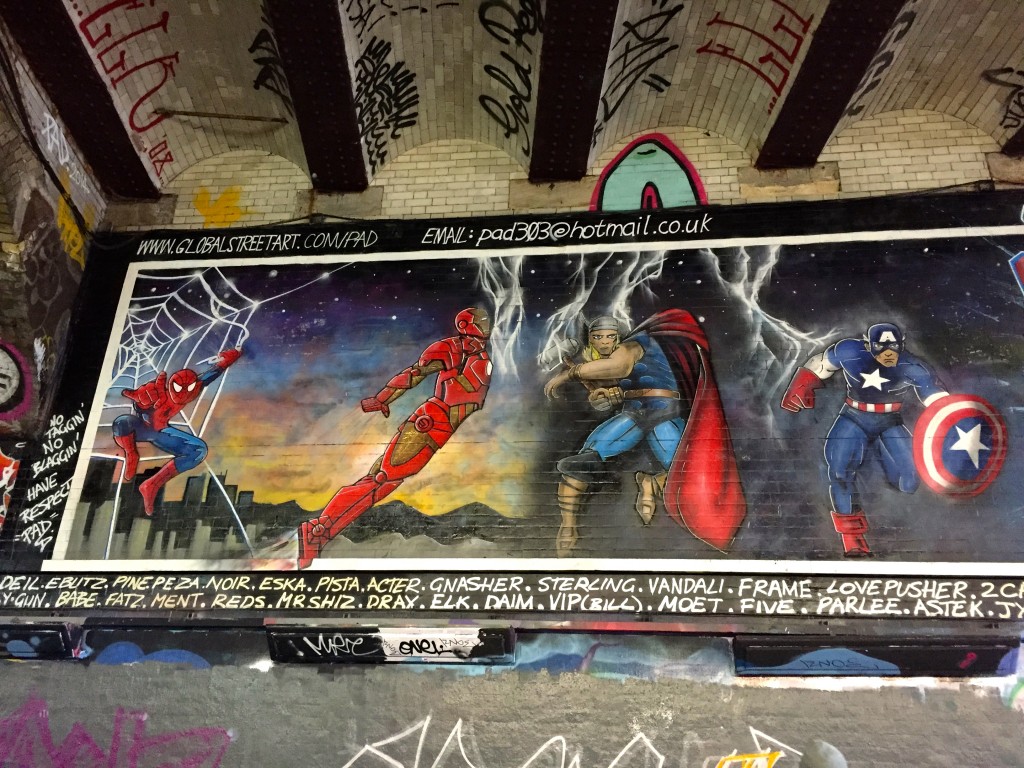 In fact, you won’t even find anything I’ve taken in these photos in Leake Street Tunnel anymore — it’s already disappeared beneath another coat of paint. 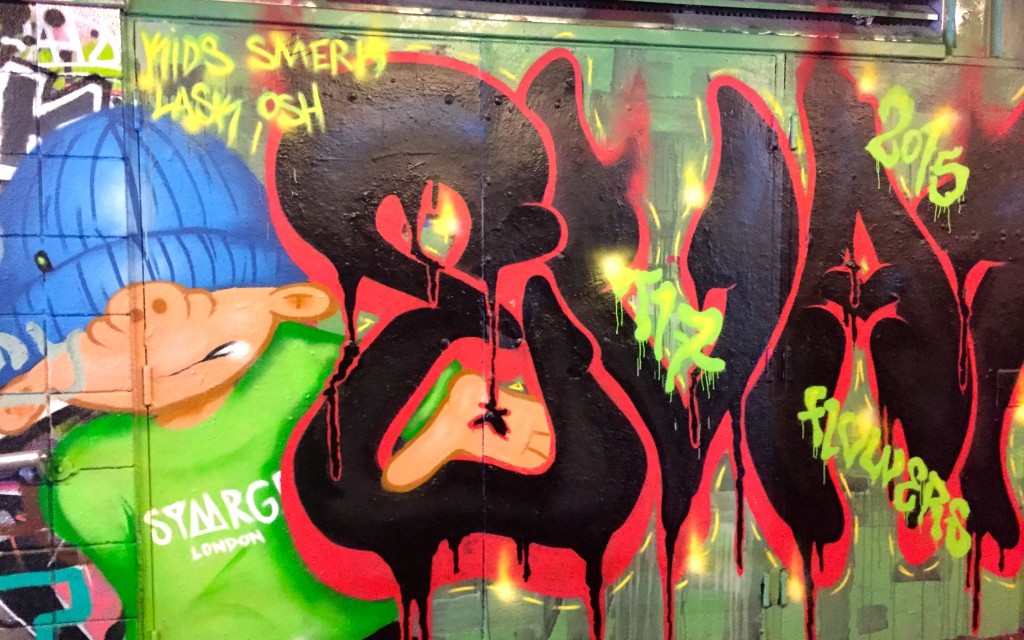 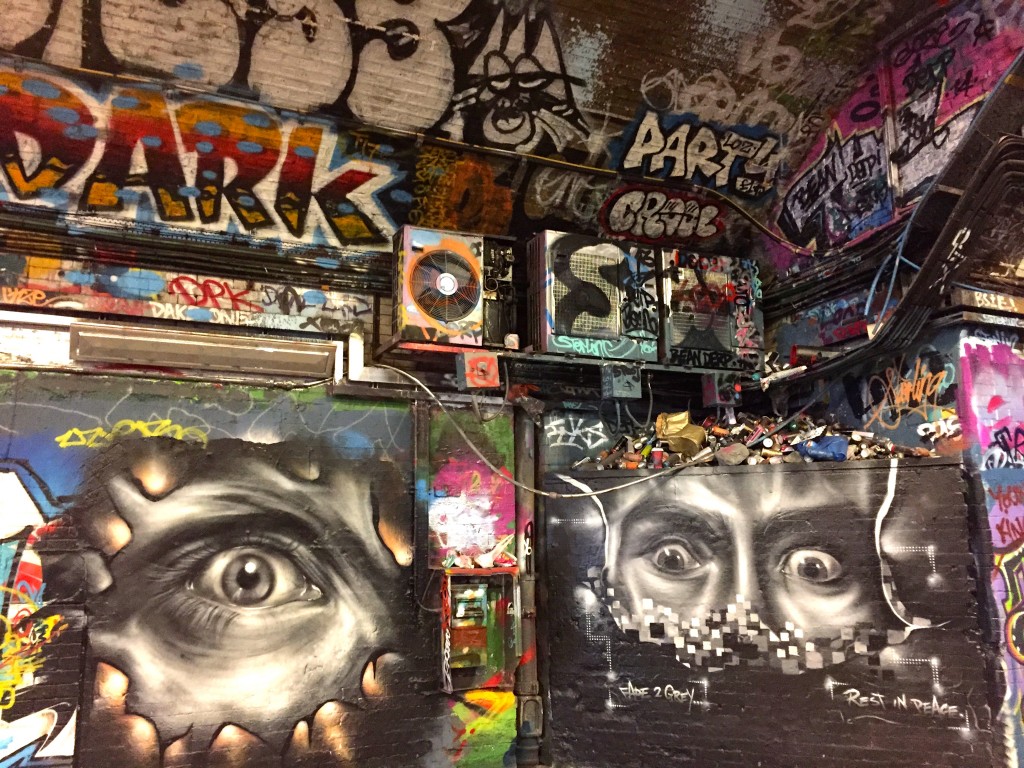 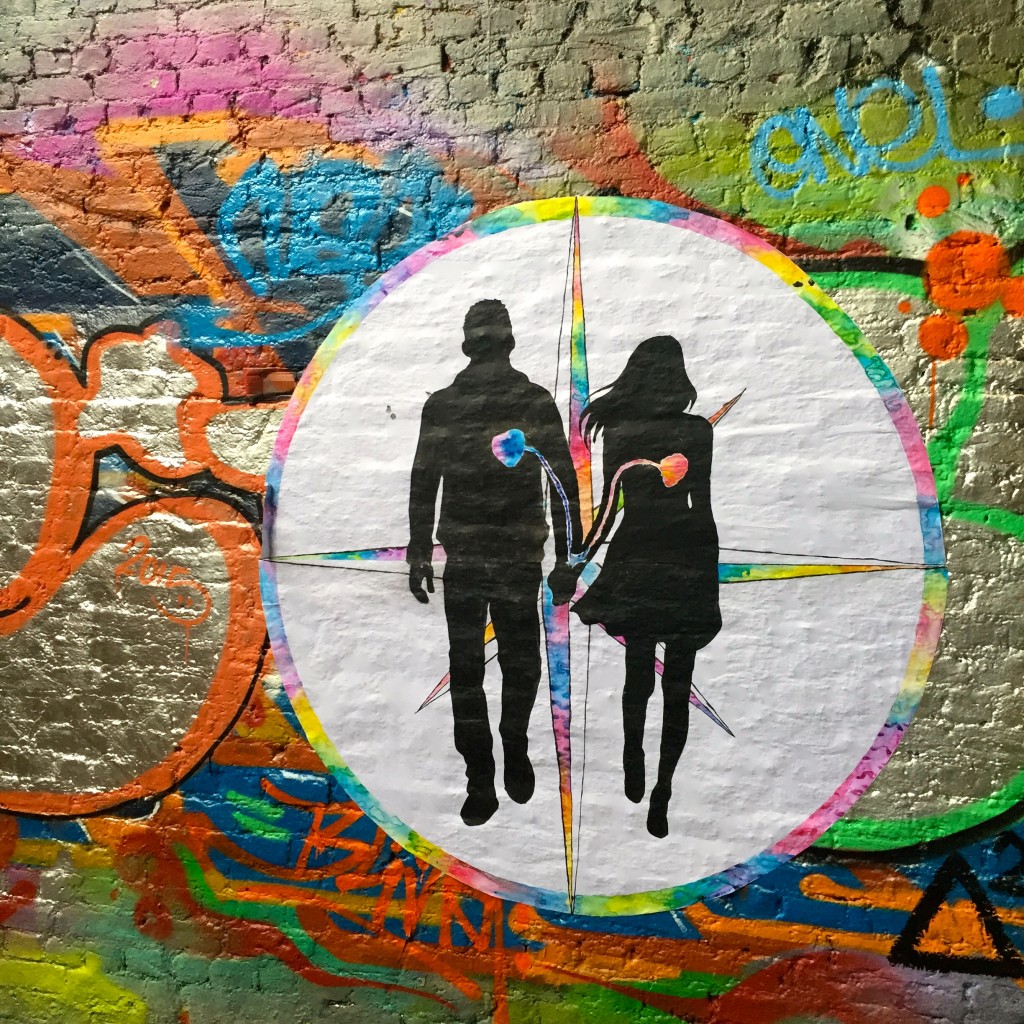 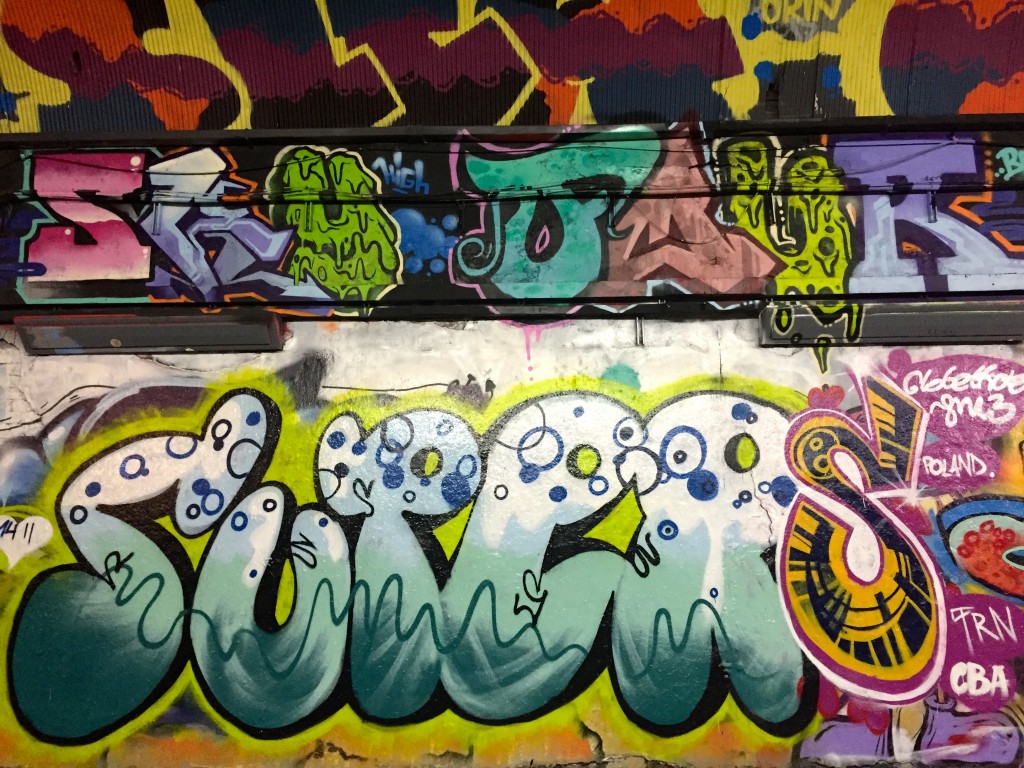 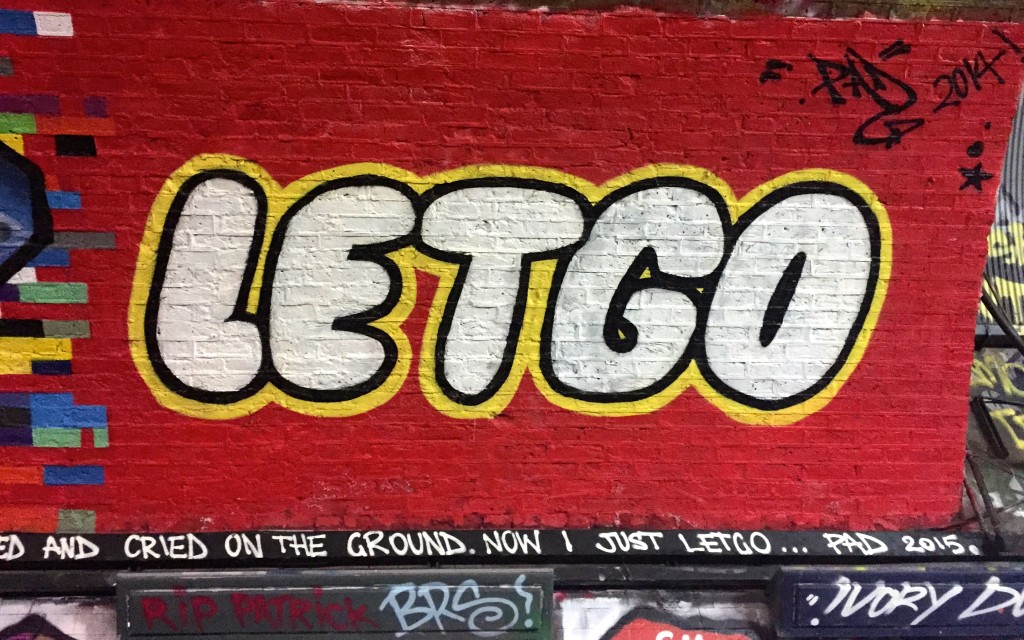 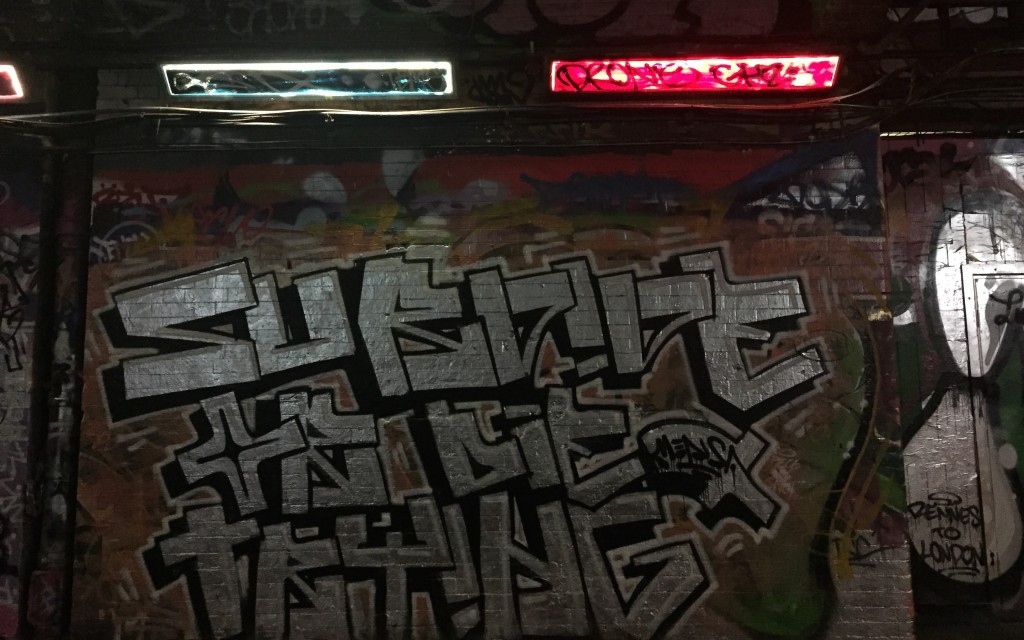 Walking through Leake Street Tunnel is a little intimidating at first, as going through anything that’s run-down heightens your senses. It smells faintly of marijuana and booze and piss and strongly of aerosol fumes.

But we didn’t get any hassle, and the artists work their magic without really seeming to notice who’s going by. 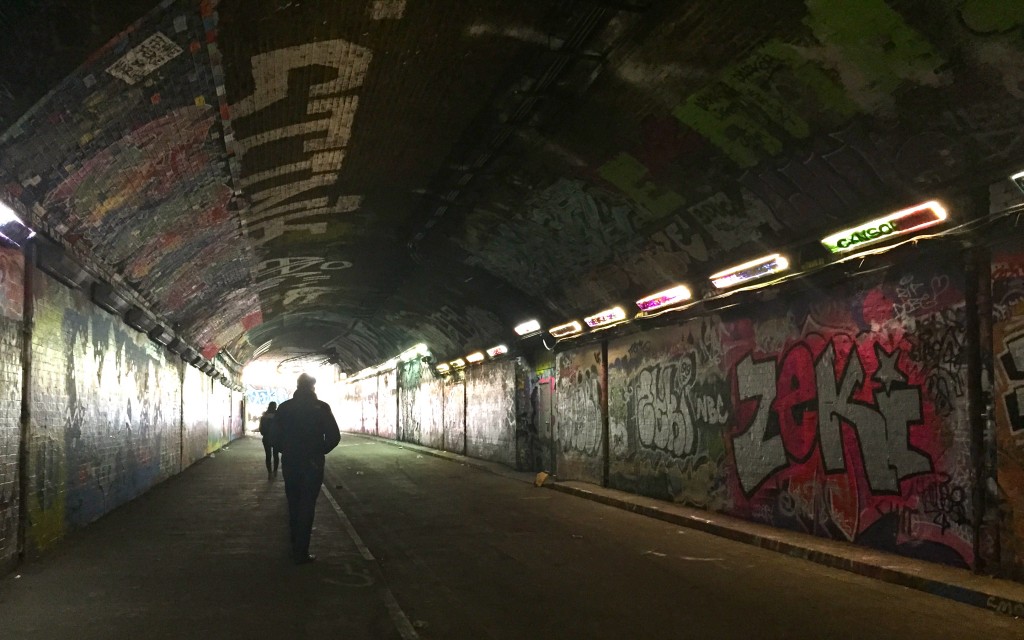 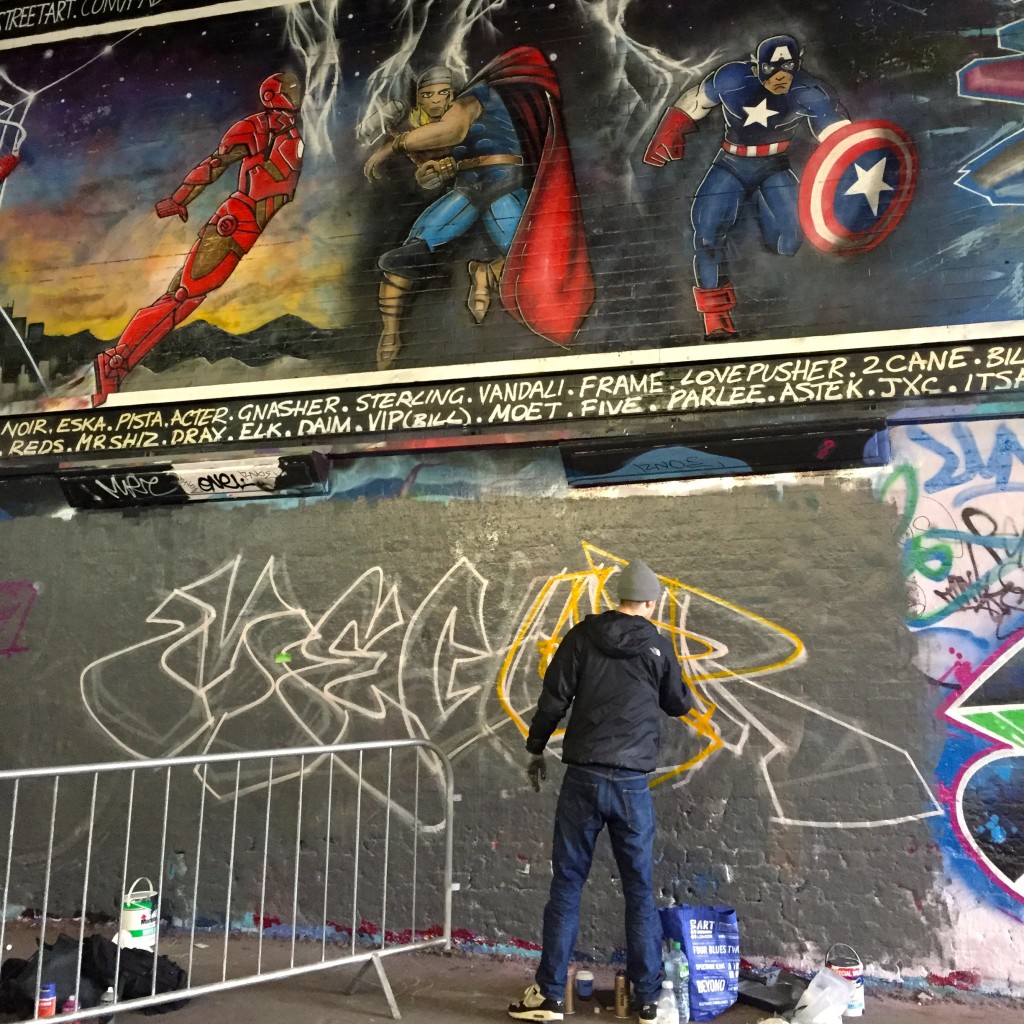 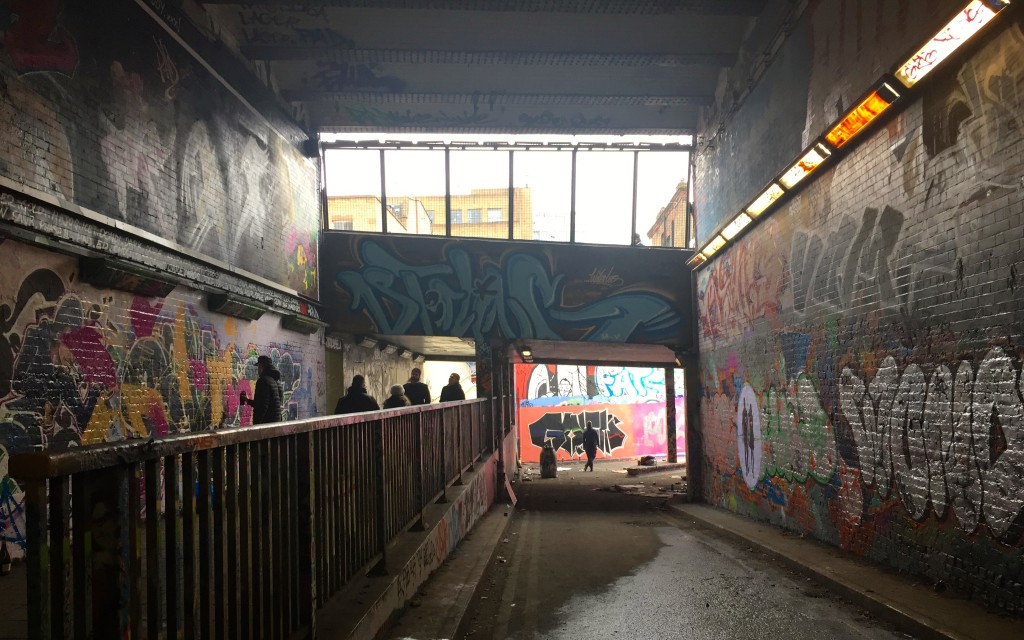 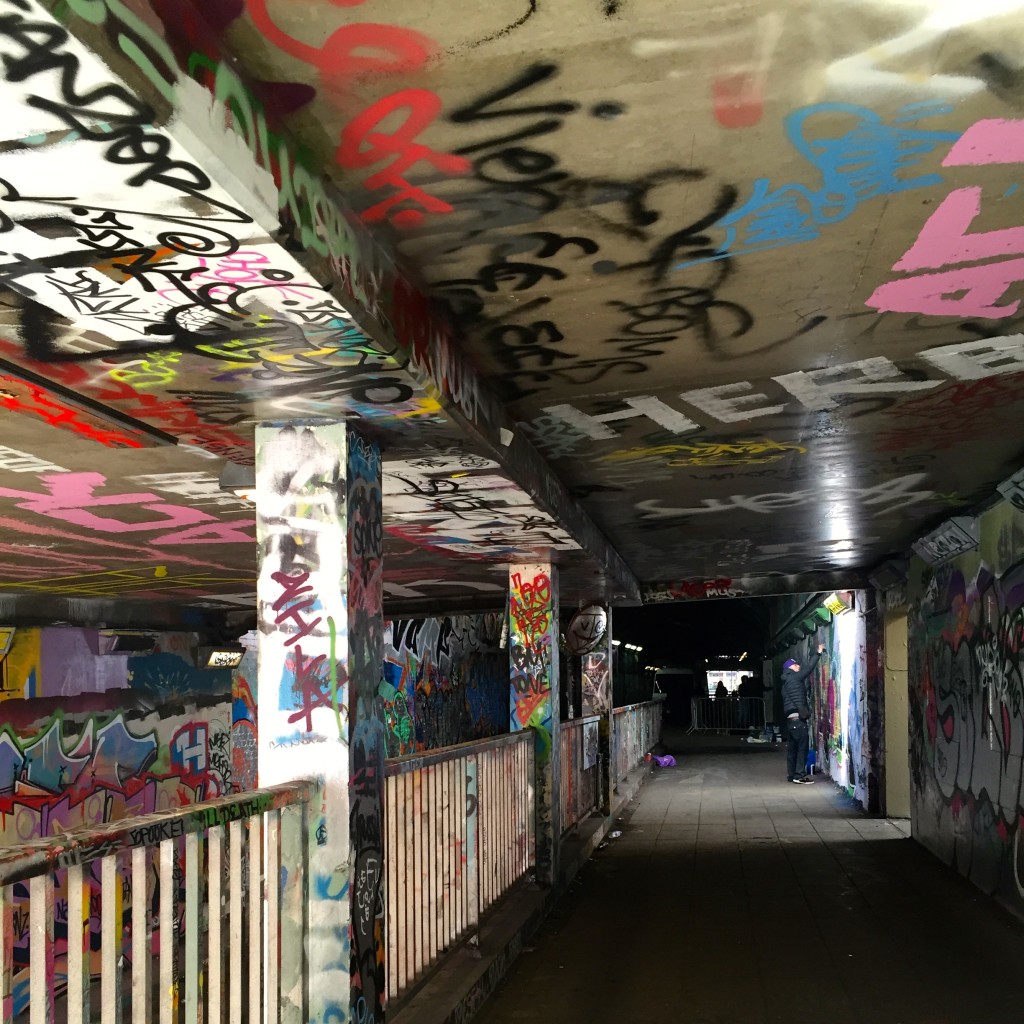 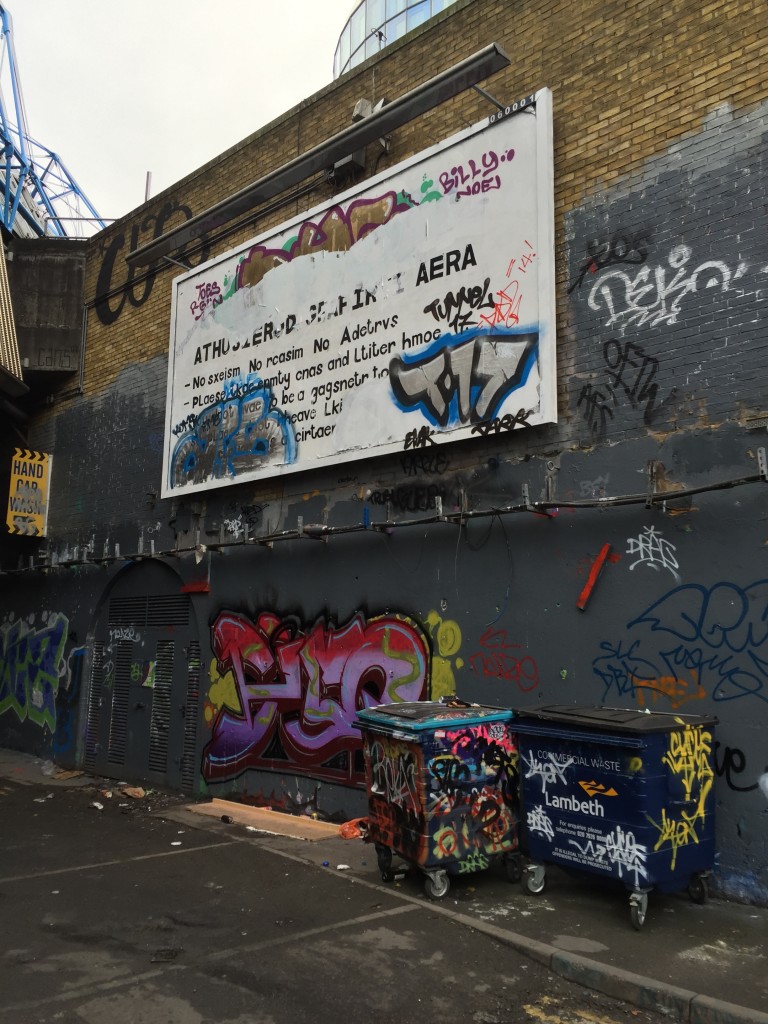 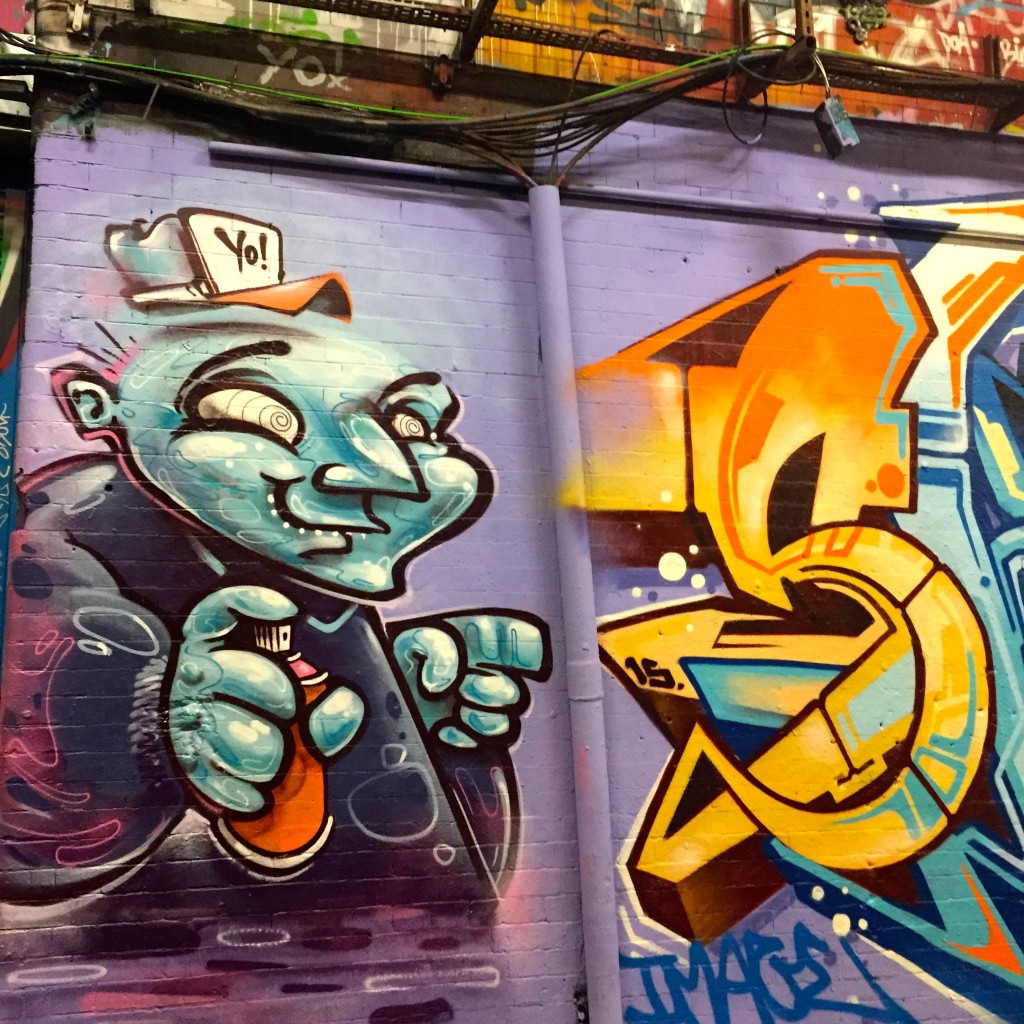 Almost every inch of the 650-foot long Leake Street Tunnel is covered, making this one of the best art galleries on the South Bank that not enough people know about.

Enter the tunnel on the York Road end and head to the fabulous Scooter Caffe on Lower Marsh for a cuppa in an old Vespa repair shop.