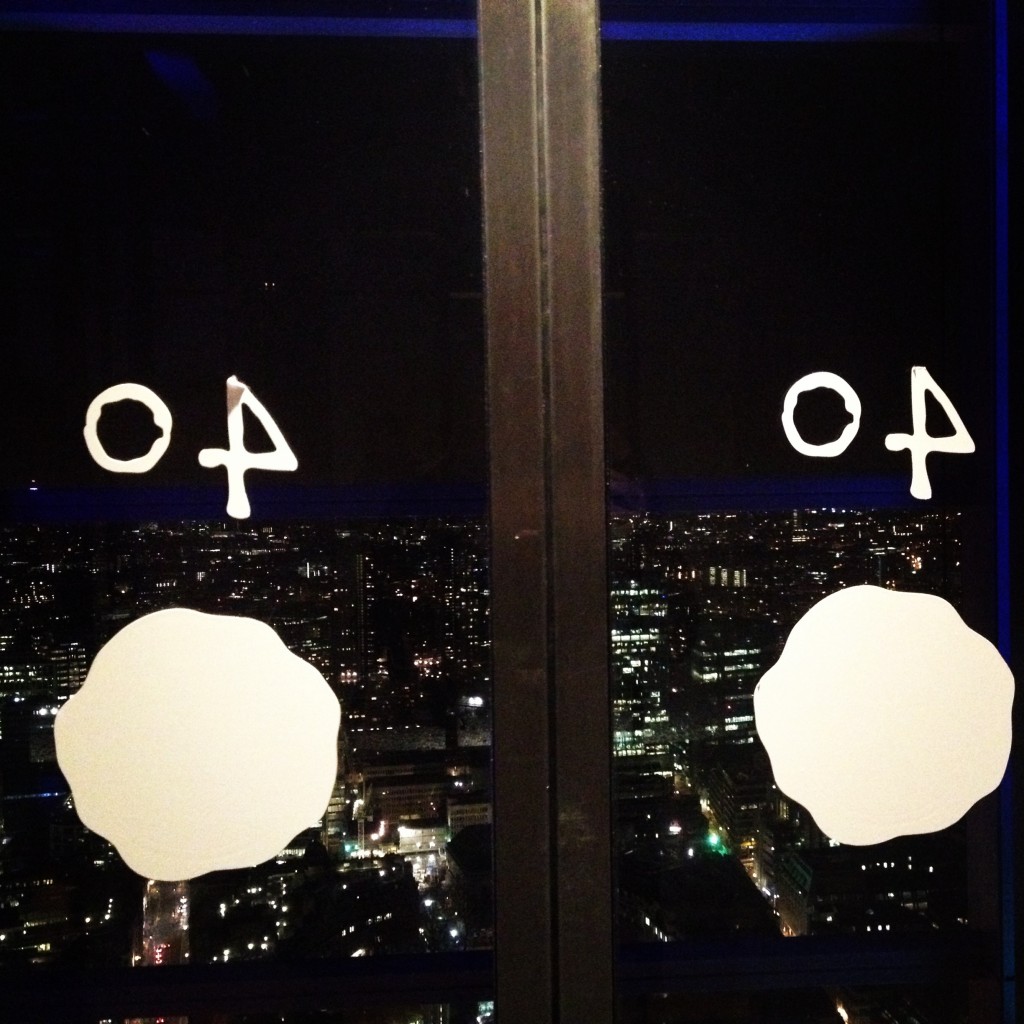 Dining at Duck & Waffle is an absolute treat, and neither the food nor the views disappoint. Don’t leave without getting the dish that gave the restaurant the name.

My favourite London restaurant isn’t hidden away down a cobbled mews or in some obscure neighbourhood. Opened in 2012, it’s no longer a newcomer on London’s always changing restaurant scene.

In fact, if you look up, it’s one of the most obvious restaurants around, soaring over the City near the top of the Heron Tower at Liverpool Street.

The entrance to Duck & Waffle doesn’t jump out at you from the ground floor (though the queue snaking around the building most evenings is sure to give it away). Soon enough you’re whisked up 40 floors encased in a glass-cube lift, ears popping as you step out. 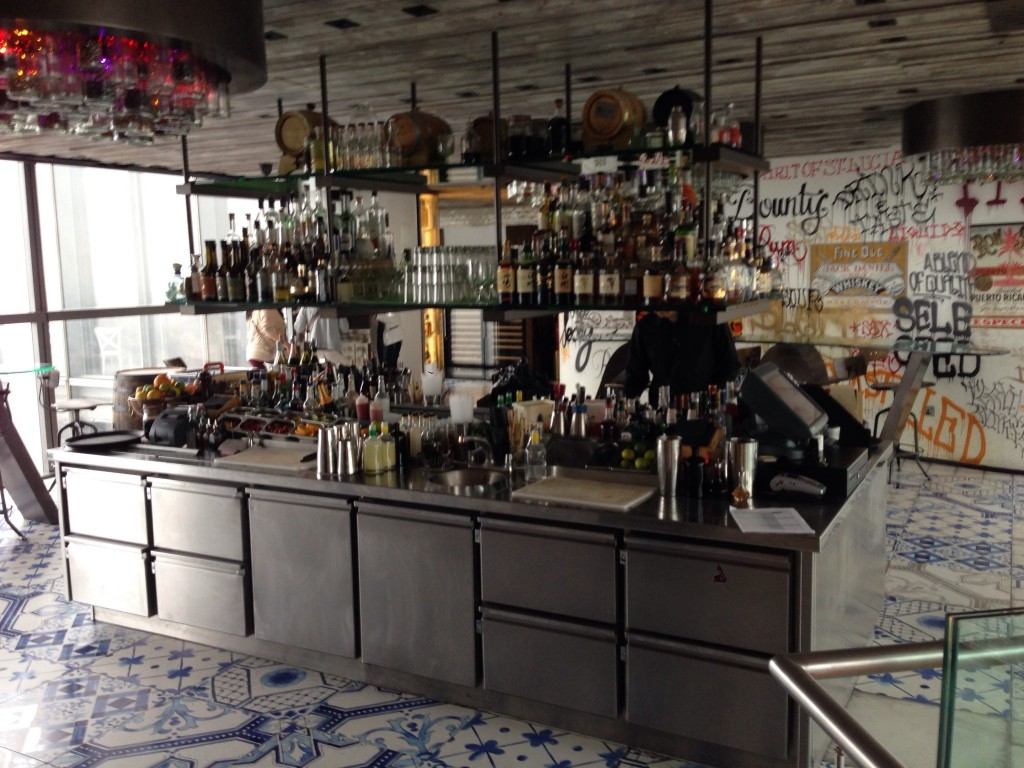 This time, we’ve booked a table weeks in advance for a dinner slot, but even if you haven’t planned that far ahead, it’s worth the journey up for the atmosphere and drinks alone. 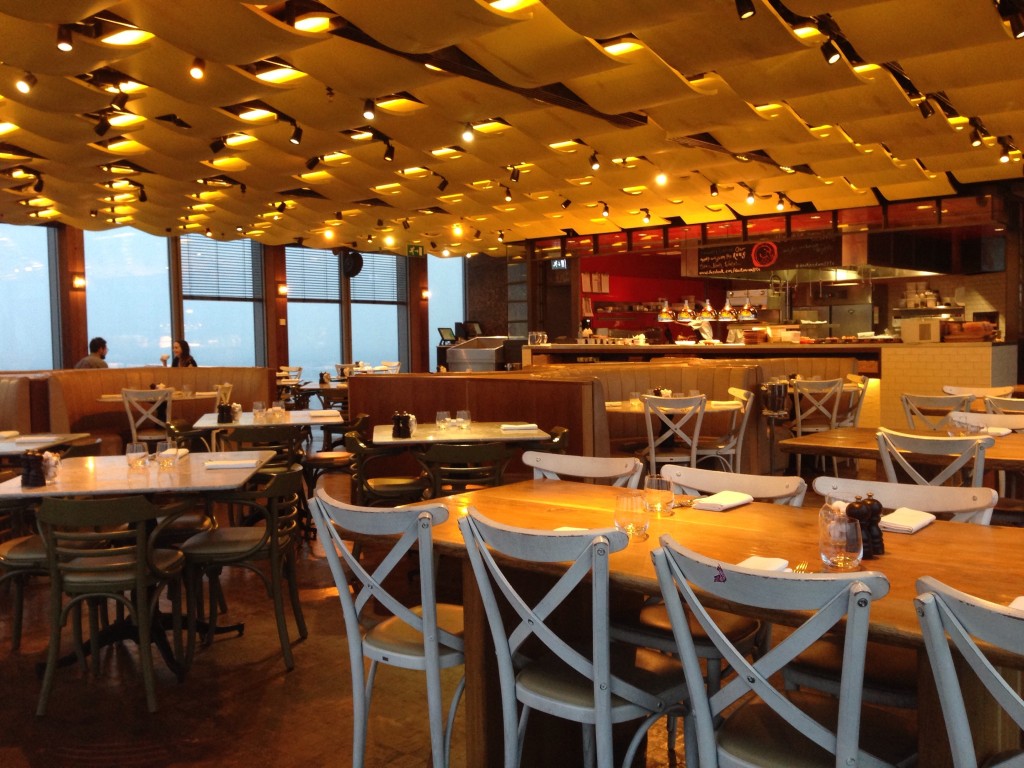 In the restaurant, we order a few plates from the indulgent ‘small plates’ menu, filled with intriguing twists on what would be standard fare anywhere else. I will now only eat dates if they are first wrapped in bacon. 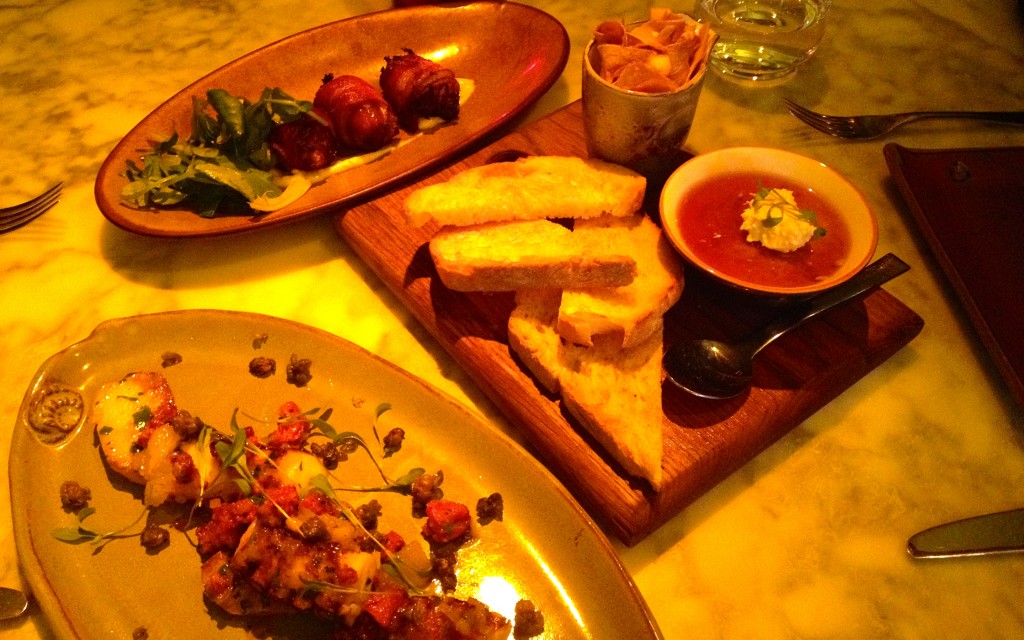 Finally, it was time for the main event, the reason we were all here anyway: the glorious namesake duck and waffle. A crispy duck leg on top of a fresh, fat waffle covered in a fried duck egg, waits for you to pour the mustard seed maple syrup on top. 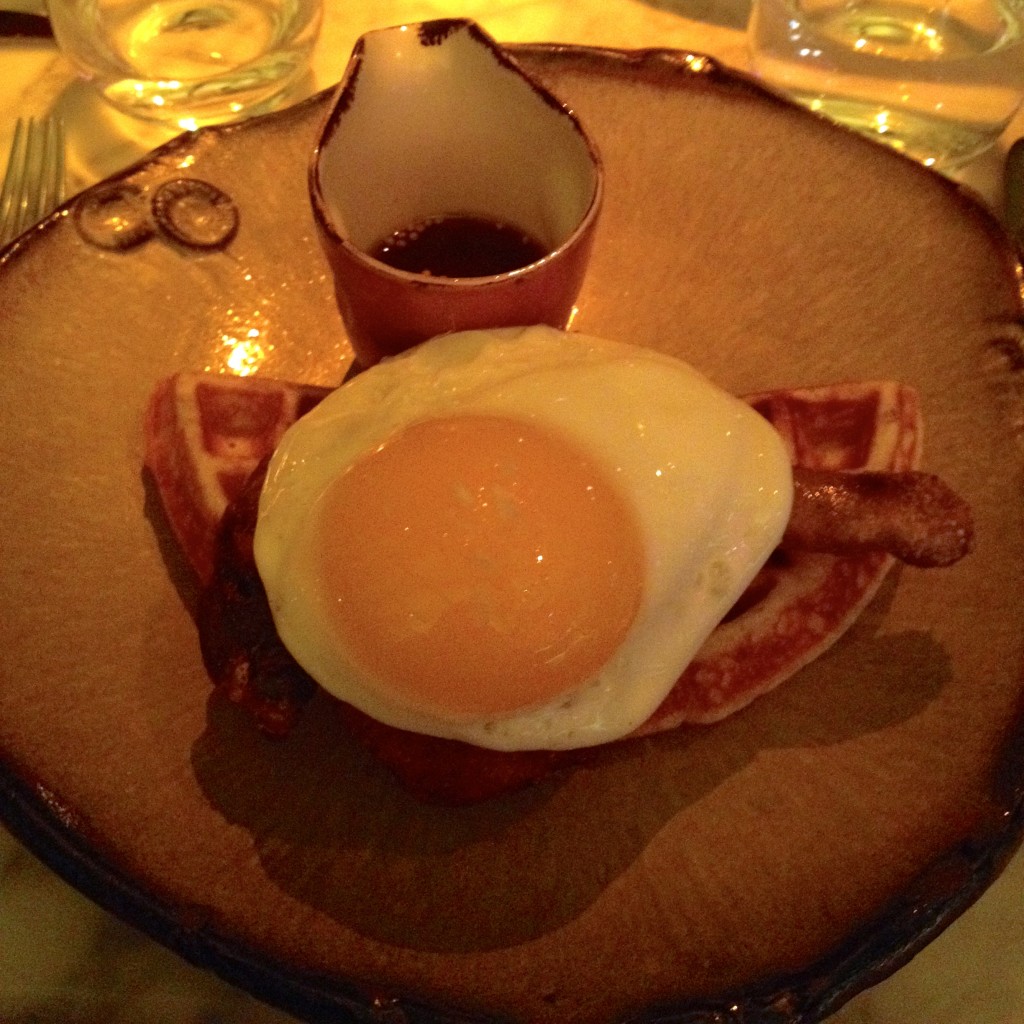 The wonderful sweet-savoury combination isn’t a taste I thought the Brits would go for, but I think the glutton of delicious (and American) restaurants in London is slowly changing that. 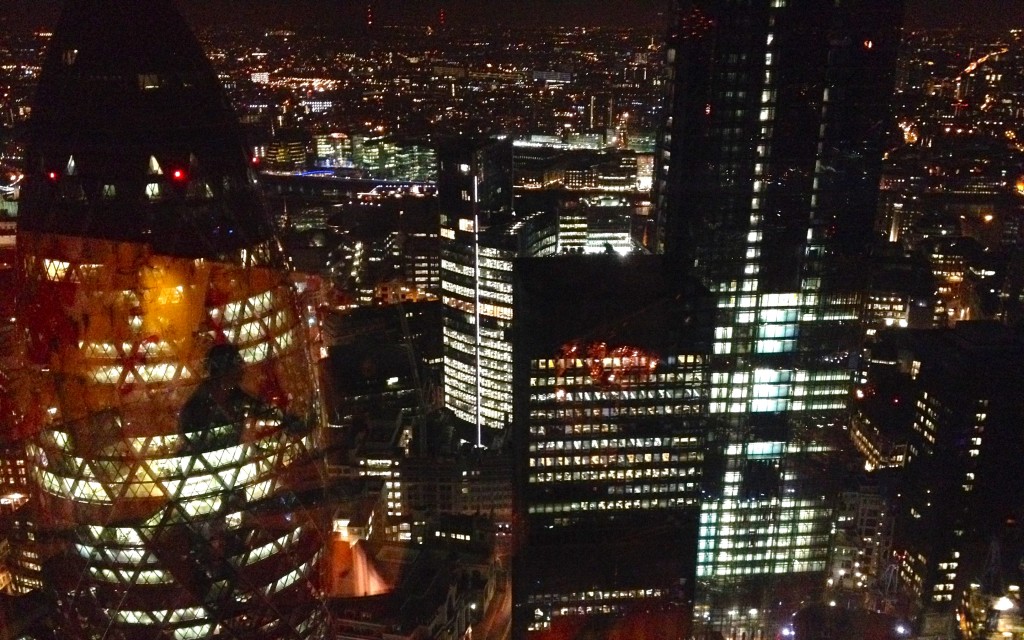 Of course, the best things in life aren’t free, and unfortunately, they aren’t that cheap either. Duck & Waffle is definitely a special-occasions-only place, unless you can manage to limit yourself to the duck and waffle only, which isn’t badly priced at £17.

But that would take super-human powers of resistance that many of us do not possess. 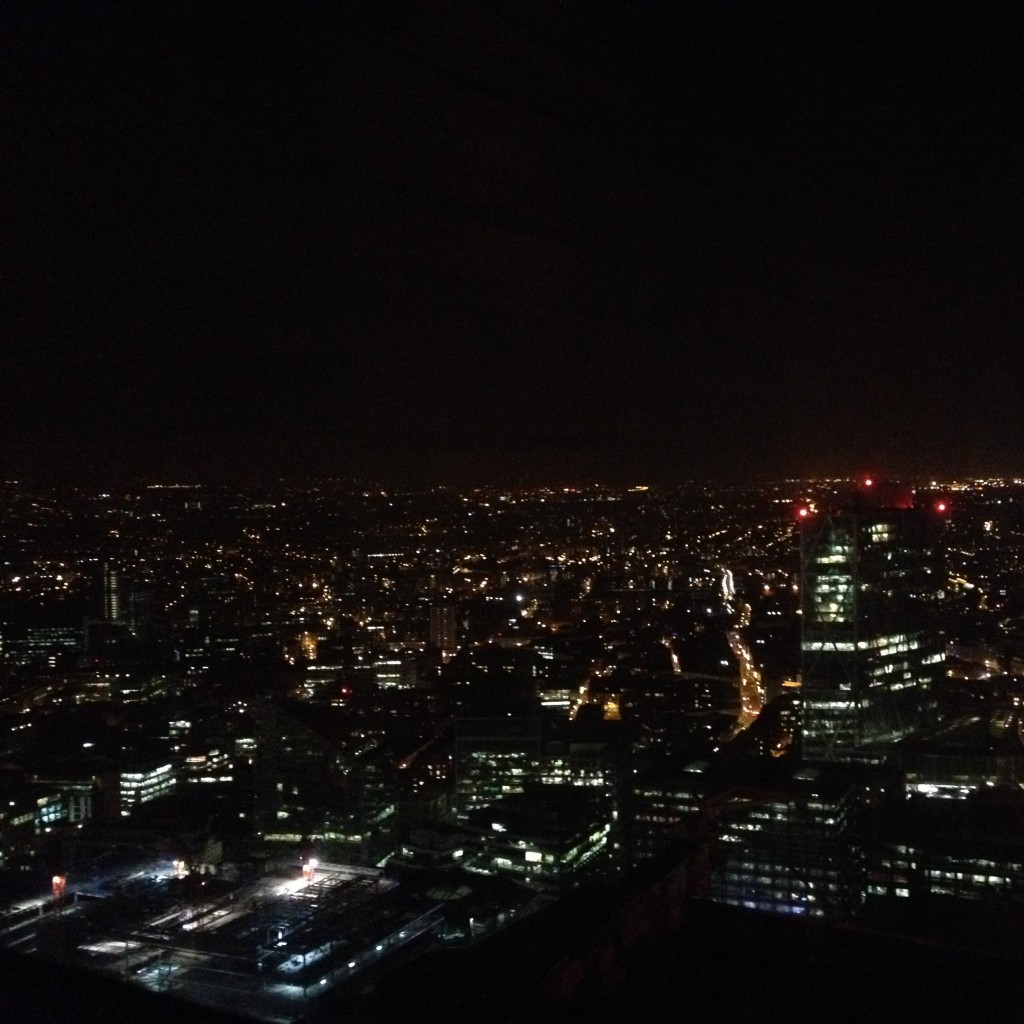 The 40-floor descent from Duck and Waffle.

Duck & Waffle is one of the few places in London that’s open 24 hours,  making it dangerously easy to decide to go here after a night out in Shoreditch instead of grabbing a kebab for the night bus home.

I haven’t ventured into the 2 a.m. territory yet, but I don’t think you’d need a reservation…