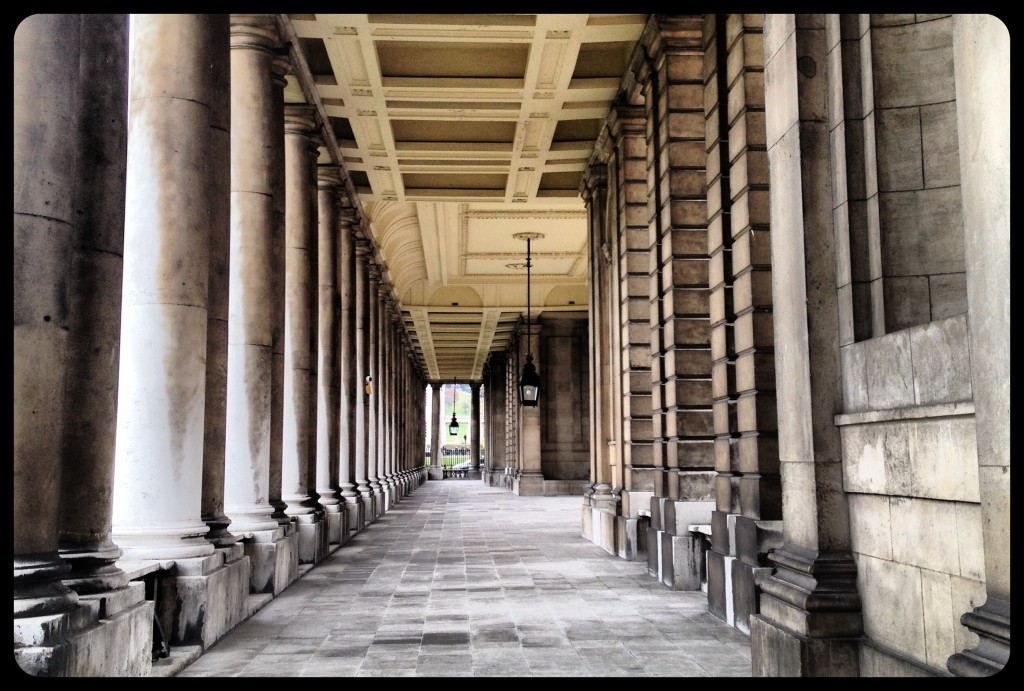 You could say that Greenwich and I are polar opposites.

Greenwich, on the other hand, is steeped in maritime history and has been dubbed a UNESCO World Heritage site partly for that reason.

It’s safe to say that we’re both pretty set in our ways. 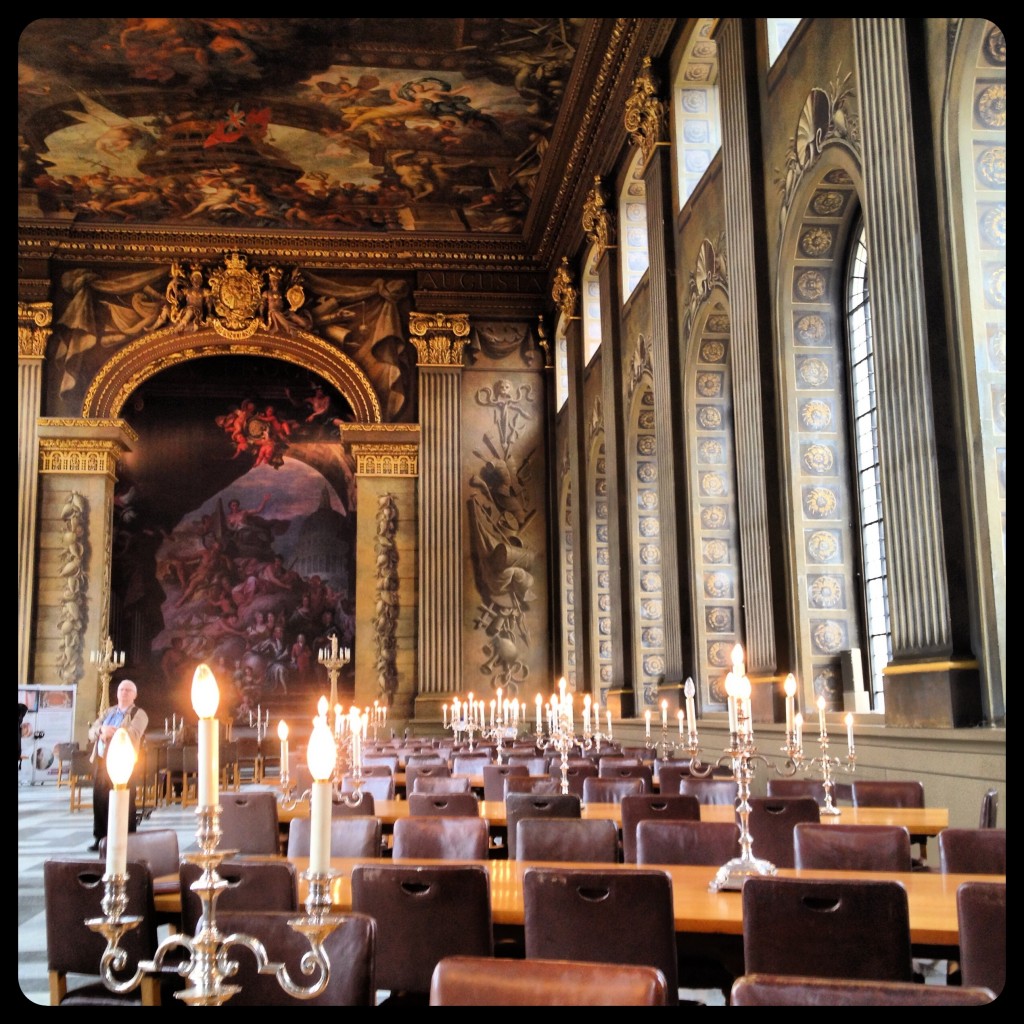 Our first stop was the stunning Painted Hall, the 5 September entry in ‘Tired of London, Tired of Life.’ Pirate money helped finance the construction of the building, which started in 1698. (Yes, I’ve already heard the joke where you say, “That’s older than your country!” A few times.)

The Painted Hall is just another line on the lengthy CV of tag-team Nicholas Hawksmoor and Christopher Wren, who designed so many of London’s gorgeous churches, and it’s easy to see how the Hall and chapel next door are St Paul’s close cousins. The building is part of the Old Royal Naval College campus, which was previously the Royal Hospital for Seamen until 1869.

The Painted Hall was supposed to be the dining hall for the retired sailors, but they quickly decided it was far too nice for them and opted to eat in the Hall’s basement instead, which we learned during our quick tour of the main floor. I hope we’ll be able to make it to one of the scaffolding tours before they are finished, but if nothing else, I’m definitely going back to play a round at Skittle Alley, which we saw during a “ghost walk” around the campus a few months ago. 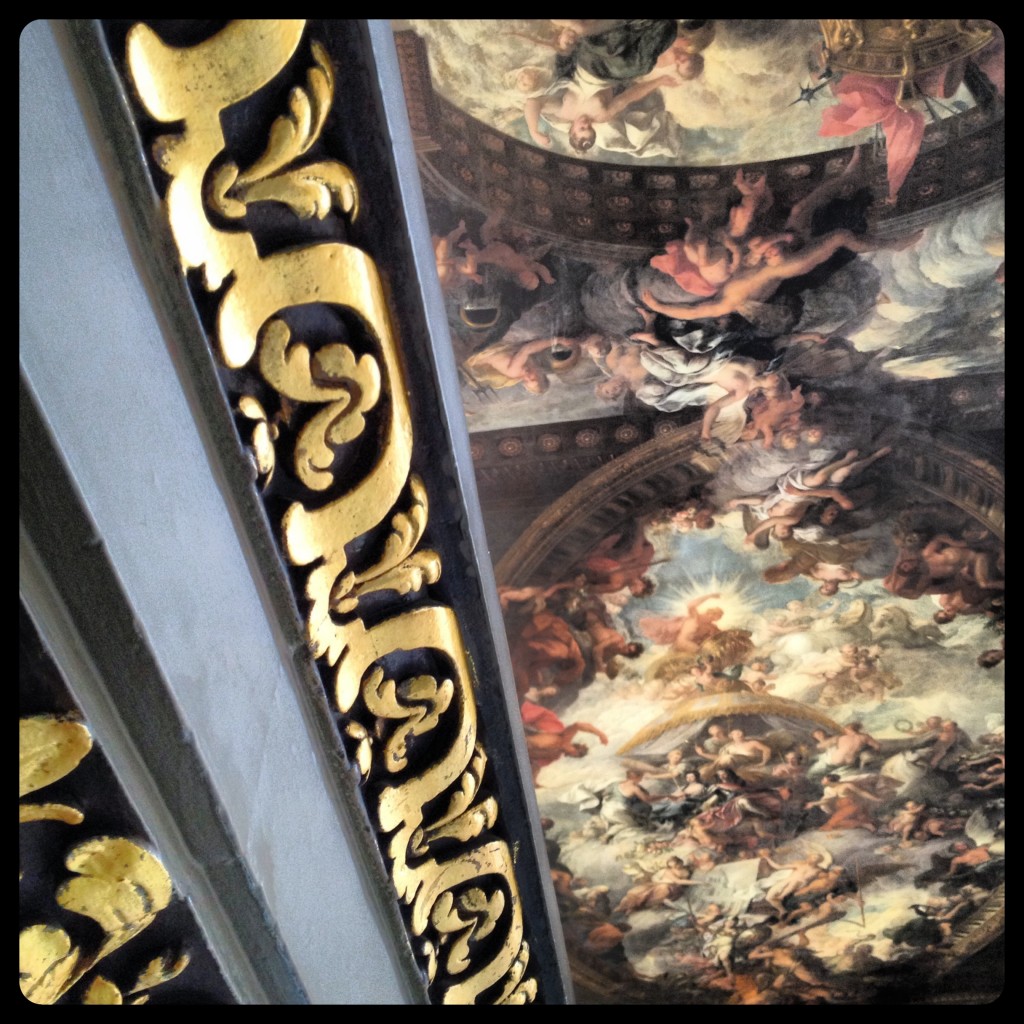 Stairway at the Painted Hall. 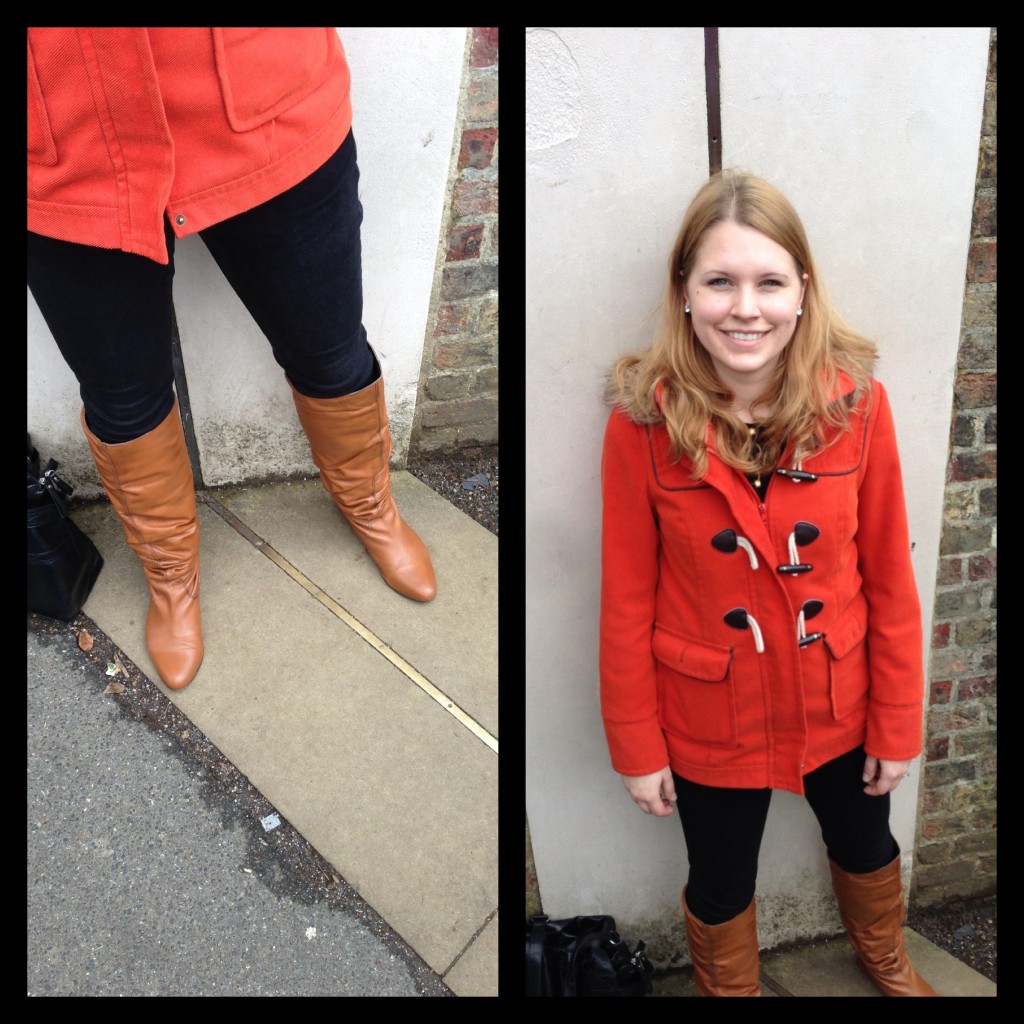 Greenwich Prime Meridian Line, a foot in each hemisphere.

#544 Put a foot in each hemisphere at the Greenwich Meridian.

Greenwich, you should know that we Kansans don’t do hills either. As the rain started to fall, we made it up to grab a picture of us on both sides of the world. We queued up with the other tourists to stand on a line. This is the free version. Paying £7 will get you access to a longer meridian, as well as the Flamsteed House, the home of the first royal astronomer, which is on our agenda for next time (as well as the Ansel Adams exhibition back down the hill). 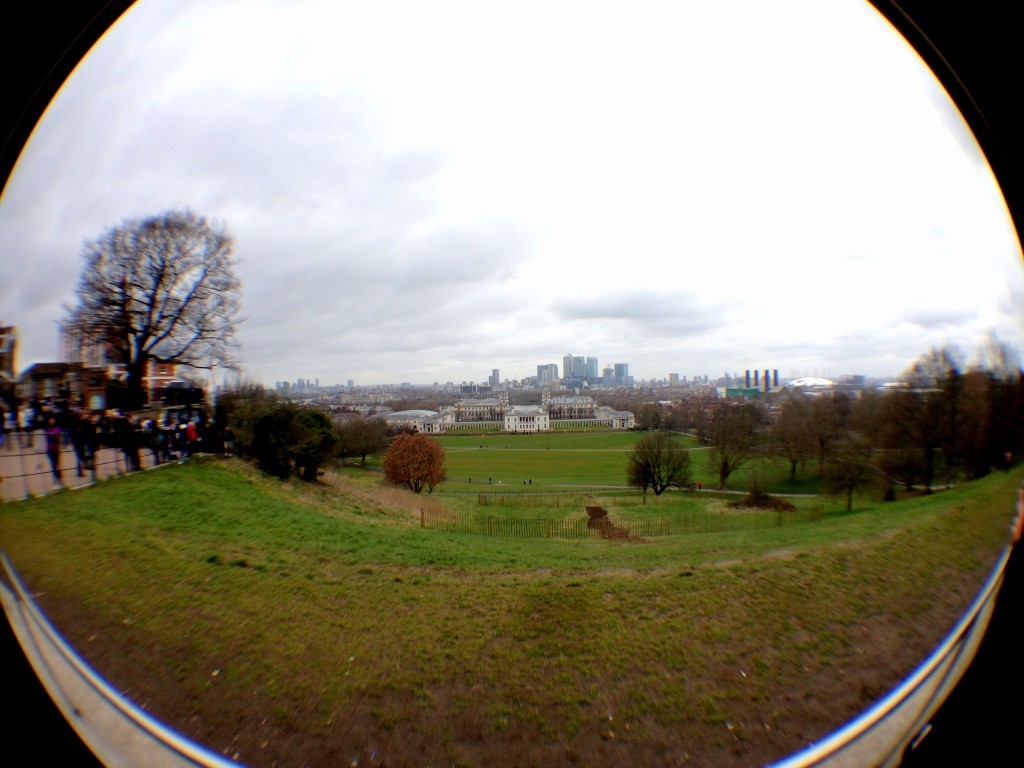 From the top of Greenwich Park.

I don’t know if the Greenwich Market is in any book, but it should be. Less chaotic than Borough, but classier than Camden, this little market has so much going for it. Any place where you can get delicious chocolates (don’t miss the apricot & wasabi chocolate from Blowing Dandelion), delicious katsu curry and shop for obscure German boardgames is good in my book.

Truth be told, this was actually the only thing on Saturday’s list that we hadn’t done previously. And if we’re being honest here, we didn’t expect much from something claiming to be a museum of fans, mostly because our minds didn’t go anywhere beyond box fans and air conditioners. And could you really make a museum out of those?

Well, box fans did take up a part of one small case at the world’s only Fan Museum, but it’s filled to the brim with beautifully painted, artistic fans. The museum has more than 4,000 of the things, and I’d say that it easily rivals any small art gallery. 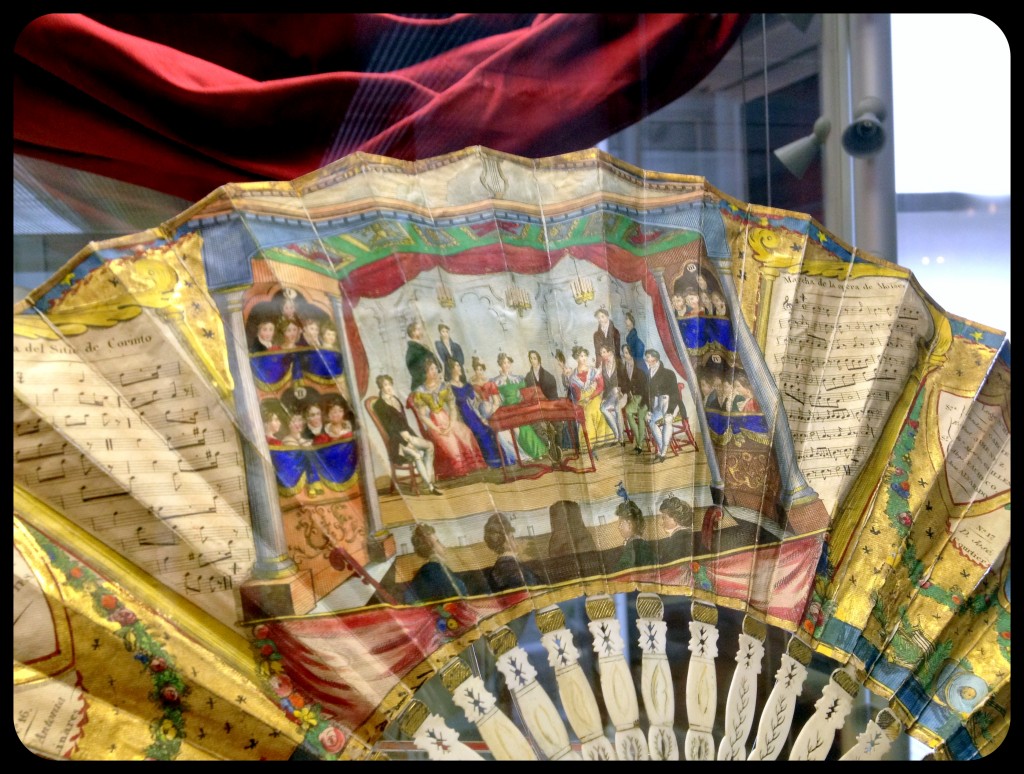 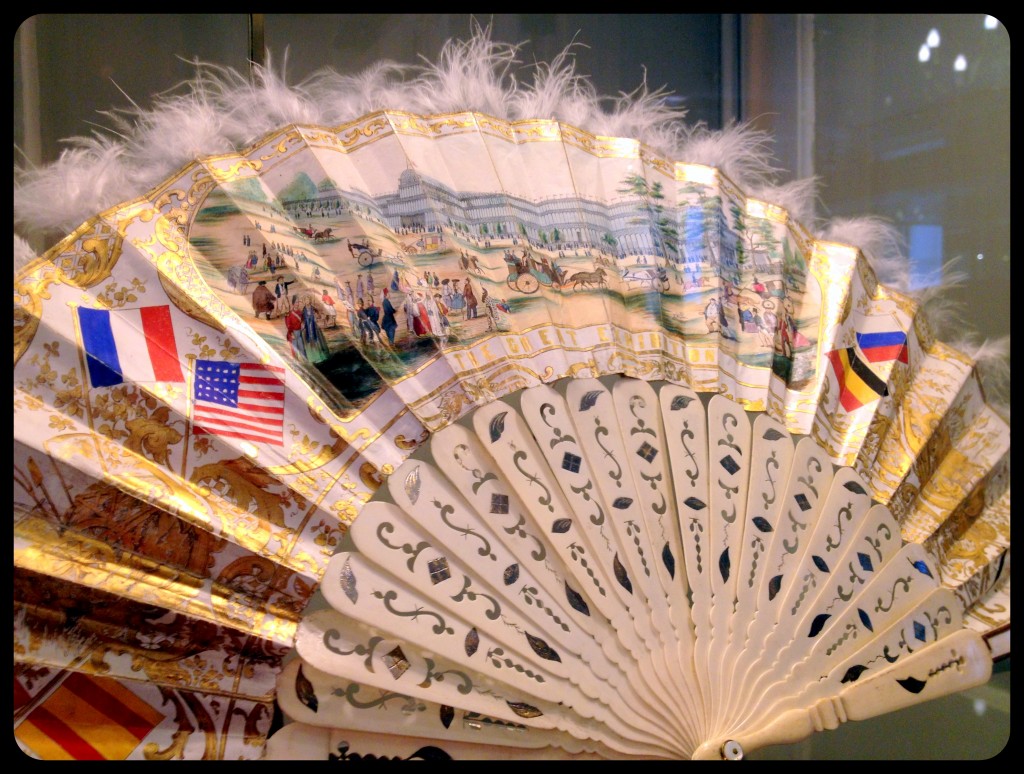 Fan from the Great Exhibition at London’s Crystal Palace, 1851.

They say that opposites attract, and I don’t doubt that it will be much longer before we’re back in Greenwich. Plus, I’ve spotted at least two more Greenwich items in the 1,000 Things that have yet to be done…

Maybe now this landlubber isn’t feeling so much like a fish out of water.