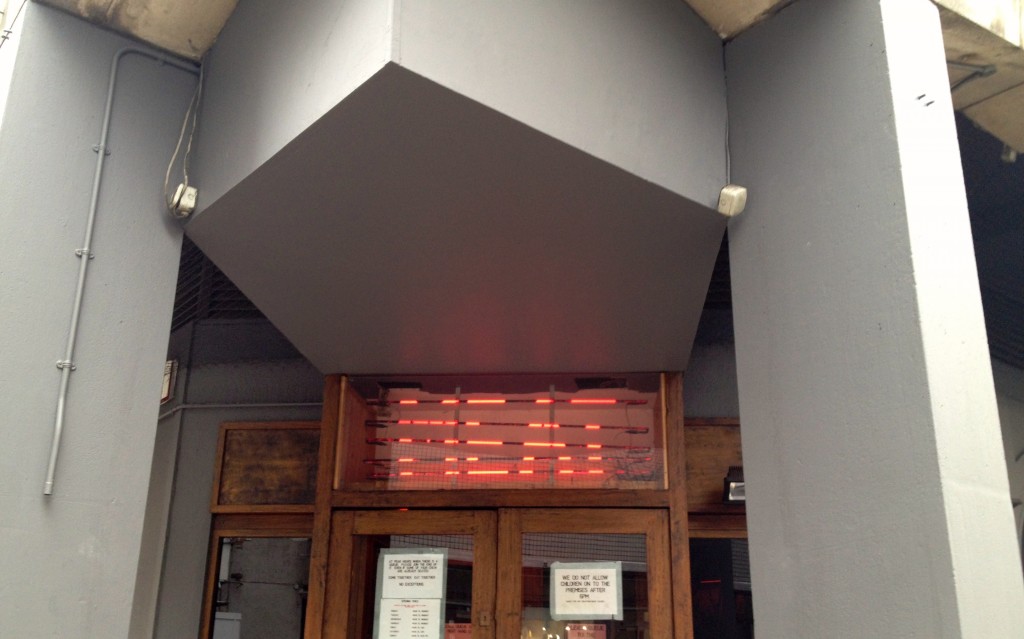 Some days I think London is more American than I am.

In the few years since I’ve moved here, the number of Chipotles has tripled (with outposts as far flung as Wimbledon), even tastier burrito joints have set up shop, and burgers and BBQ have chiselled their way into a Londoner’s mental list of viable dinner options.

Are they following me?

If so, you’re welcome.

#431: Get a taste of New York City in London at Meat Liquor 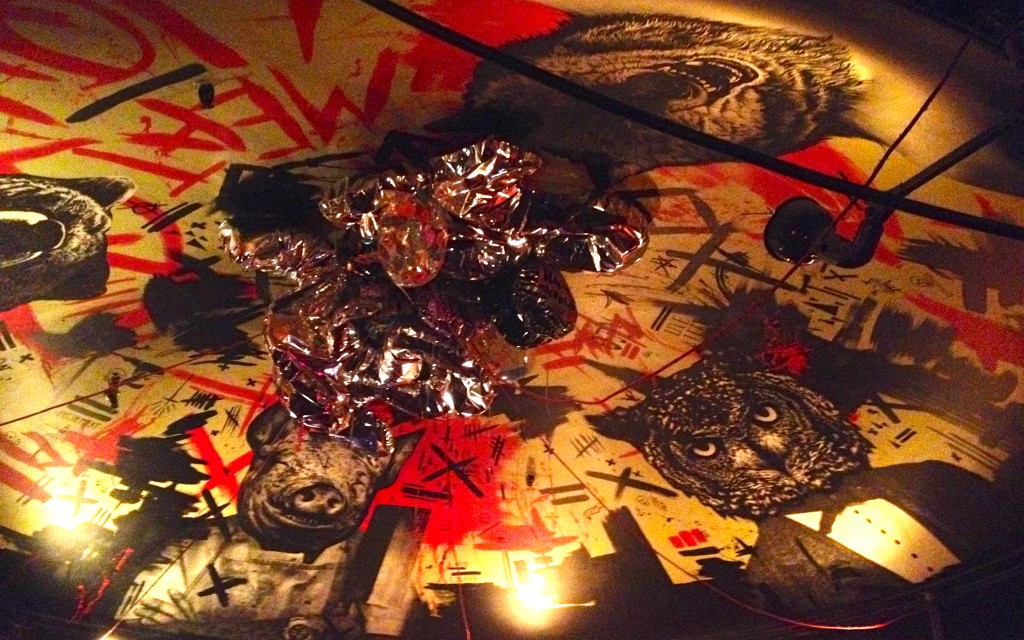 Some of London’s best burgers lurk behind a non-descript, unassuming grey building behind Oxford Street. Your only clues that this is a restaurant worth visiting, or that this is even a restaurant at all, are the jail-barricaded neon glowing MEAT sign above the door and the inevitable queue snaking around the side.

Time Out’s 1000 Things to do in London book warns: “No bookings … no cutlery”, but it doesn’t look like that has scared off any of the Brits. 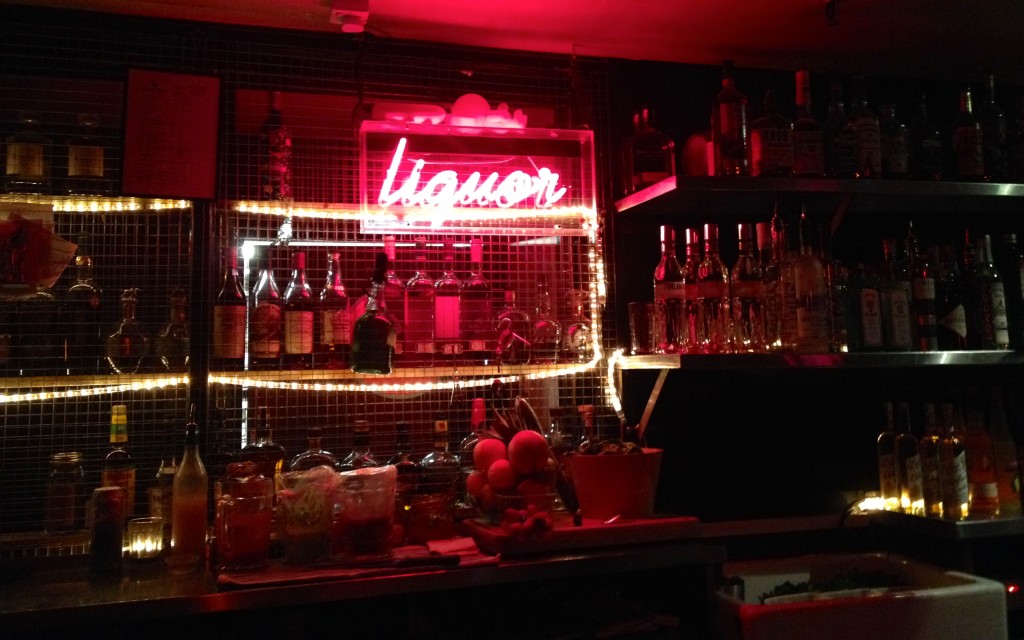 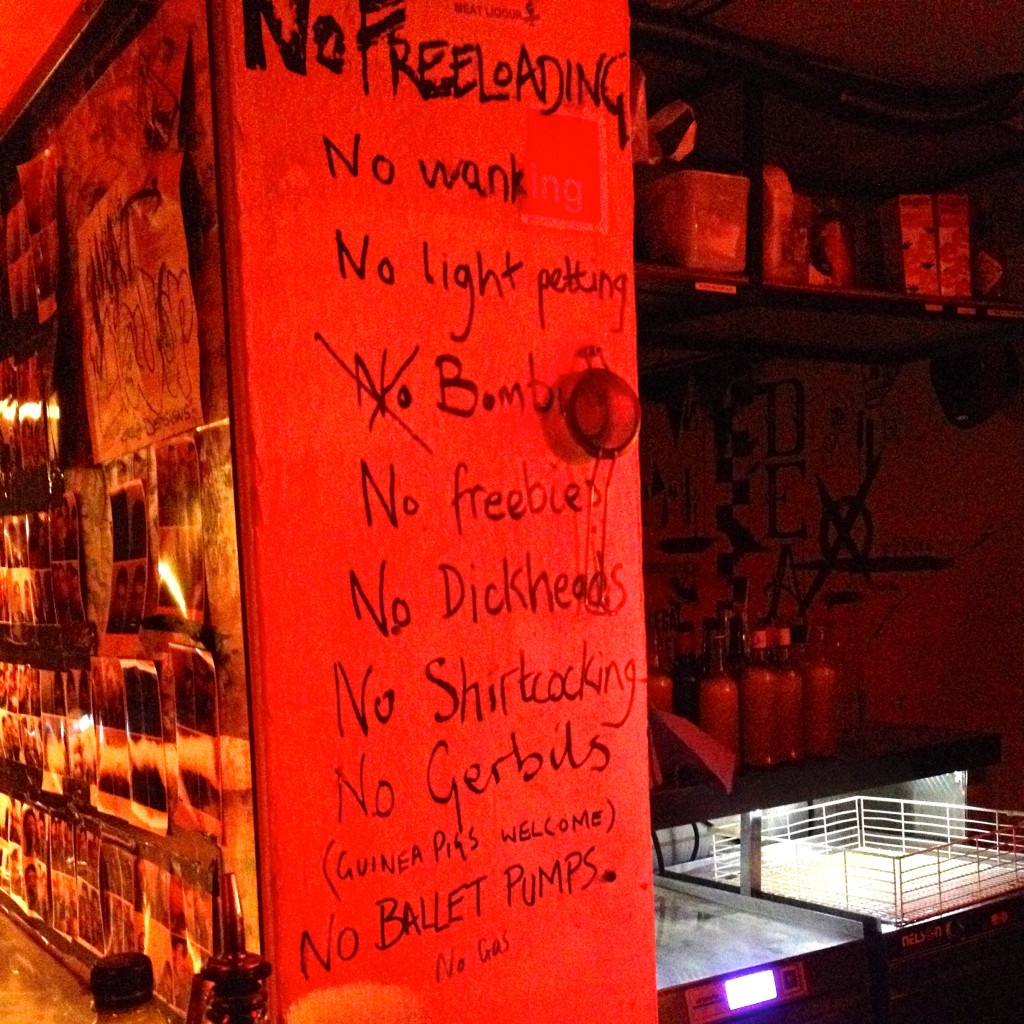 Once you’re seated, the burger to order is the Dead Hippie. It’s a monster of a burger: two patties cooked to perfection mean it’s towering enough to make you think you should ask for a knife and fork (you shouldn’t).

As hinted at in the name, this burger is dripping with delicious Dead Hippie sauce, which my tastebuds are not discerning enough to tell you more about besides the fact that this sauce should be the new ketchup, it’s that good. 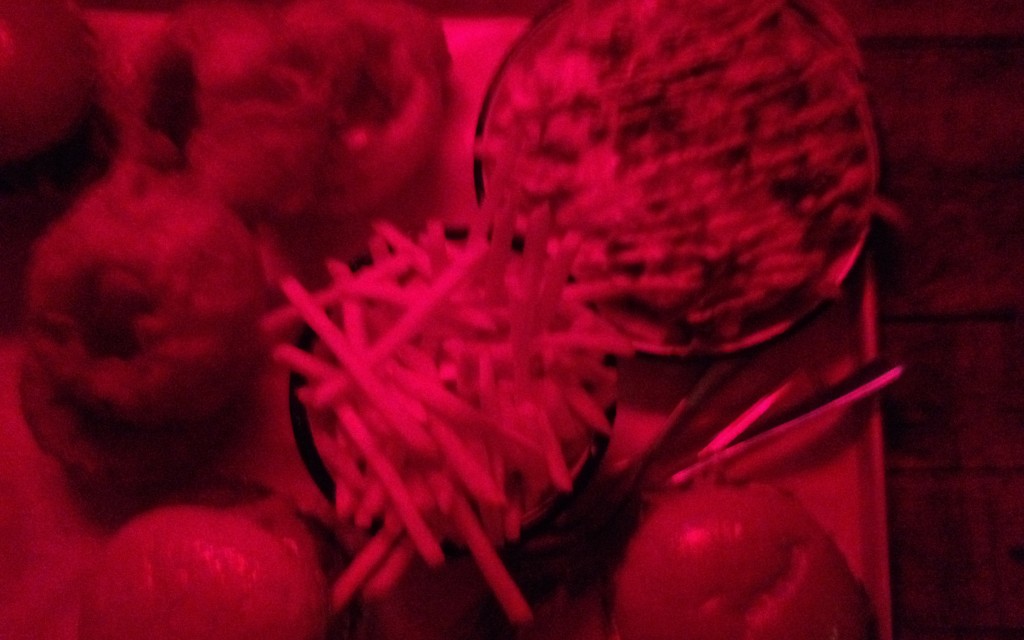 Grab a side of fries (not chips, as specifically stated on the menu) and a bourbon & black to drink (a Coke float with bourbon – how has no one else thought of this?!).

When your table’s order is ready, it’s plonked on your table on a massive tray, making MeatLiquor quite the communal experience since you’re already huddling close together to have a normal conversation.

You’re sure to polish off the tray’s contents in minutes flat. 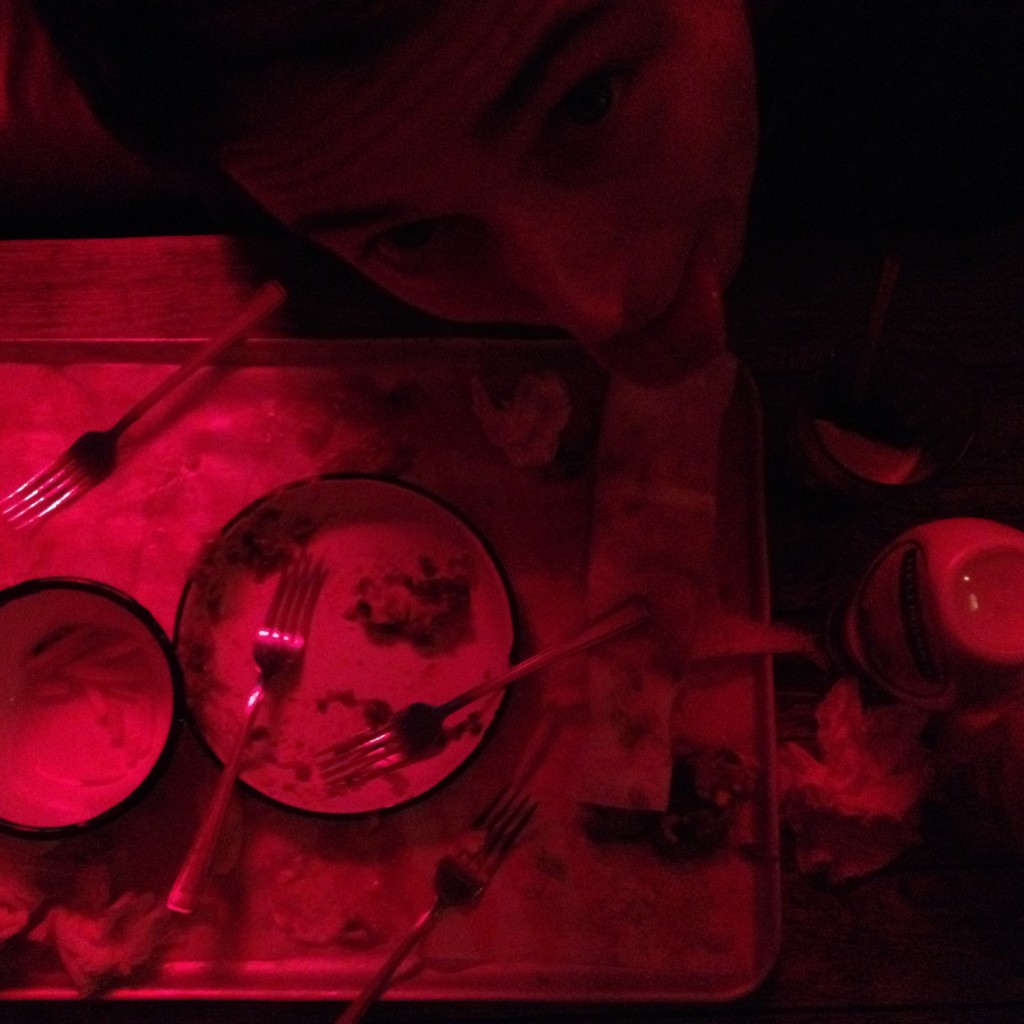 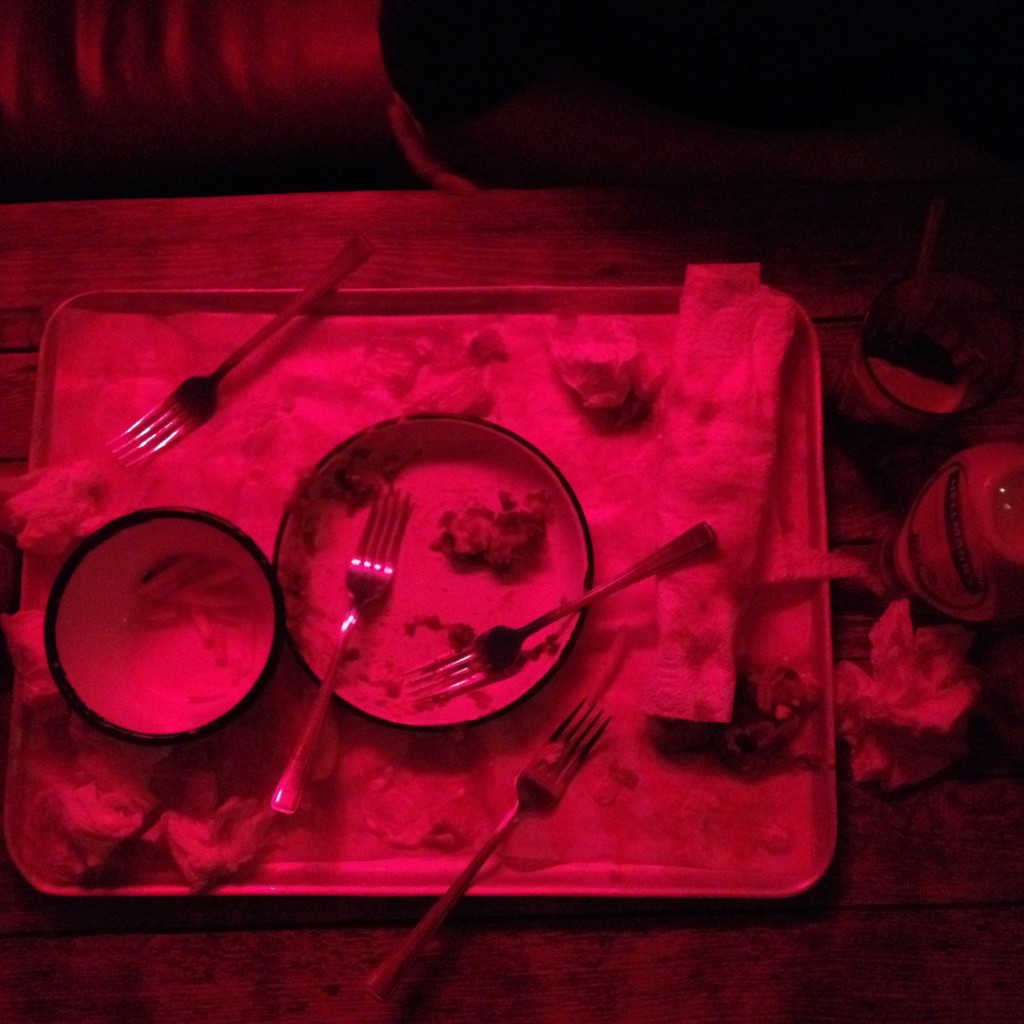 I’ve been to New York just once, so I’m not qualified to say whether this is what NYC tastes like, but I can say that MeatLiquor does taste like some of the London’s best burgers for this American. 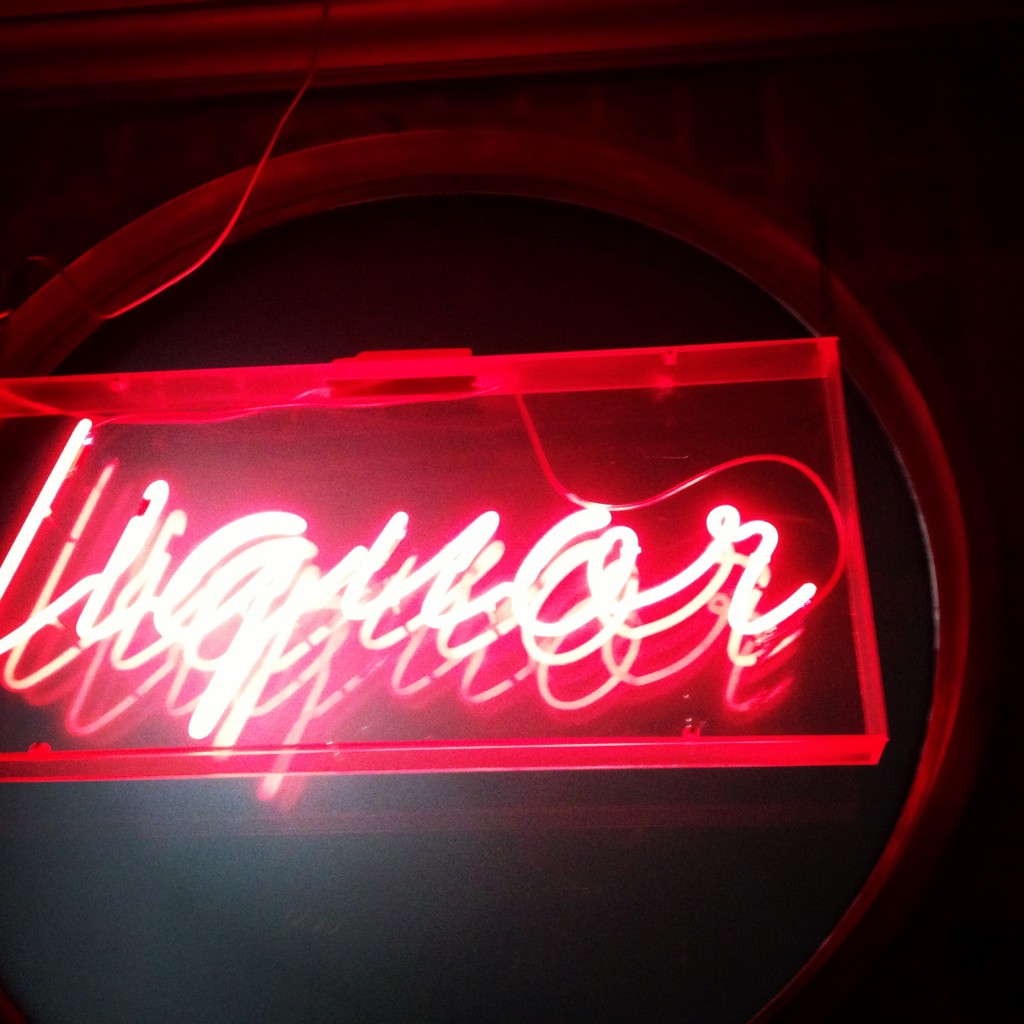 Tags :american food in london best burgers in london burgers london london eats london restaurants meat liquor oxford circus soho things to do in london where to eat in london
1000 Things To Do in London