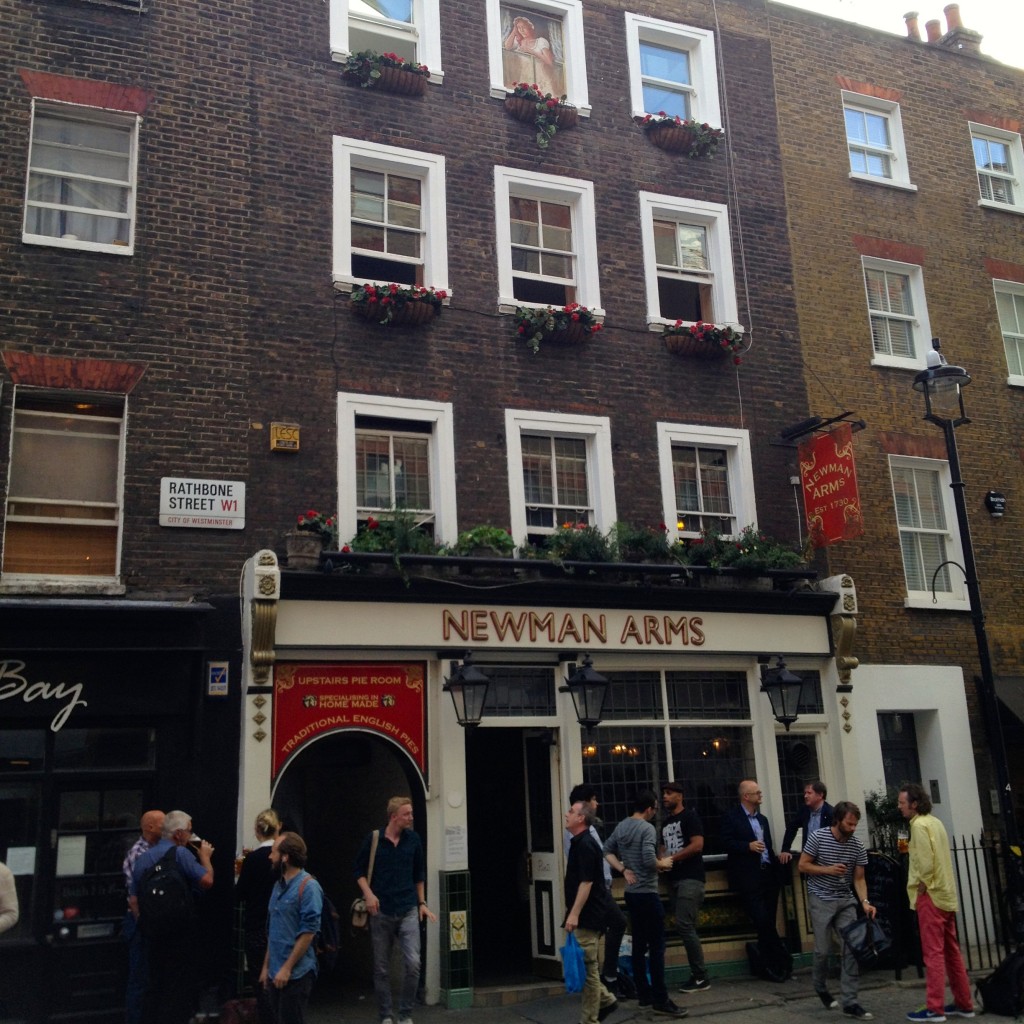 Update: The Newman Arms Pie Room has closed and re-opened since I’ve been there, so things have likely changed.

My name is Lauren, and I’m a pie-a-holic.

But this hasn’t always been a problem, you see.

I’ve discovered that I have some kind of genetic mutation where my constantly grumbling stomach is a long-lost relic of the cavewoman days that forces me to be grateful when food is in abundance.

For weeks, possibly months on end, I have these intense cravings for any particular food that seems to stalk me at every turn.

The object of my palatal desire changes every so often, but for solid blocks of my life, I’ve been known to eat almost nothing besides a specific Indian curry called lamb pasanda or fish and chips or olives, even stooping so low as be caught in the act of trying to pry open a tin of those gorgeous black beauties with a knife sometime after midnight because the stupid ring pull came off.

But we live in the days of Sainsburys, not seasons.

No time of the year is prime curry season, so why can’t my body understand that you don’t need to eat a curry every time one is advertised, especially when you live in a city where it’s possible to get absolutely anything from the sub-continent delivered at 4 a.m.?

But all previous food obsessions have paled in comparison to the humble British pie.

WHAT AM I GETTING MYSELF INTO?

So imagine my instant delight and simultaneous dread of future credit card statements when I see that eating my favourite British treat at a central London pub is calling to me from so close to the top of the 1000 Things list.

I invite an American friend along to experience the pie room at the Newman Arms, once a haunt of George Orwell, now just haunted by decor that was probably stolen from your grandma’s living room.

WHAT SHOULD I ORDER?

I decide on the steak and kidney pie, because that’s what the Internet highly recommended and because I’m trying to decide whether I even like offal. (Verdict still out on that one.) 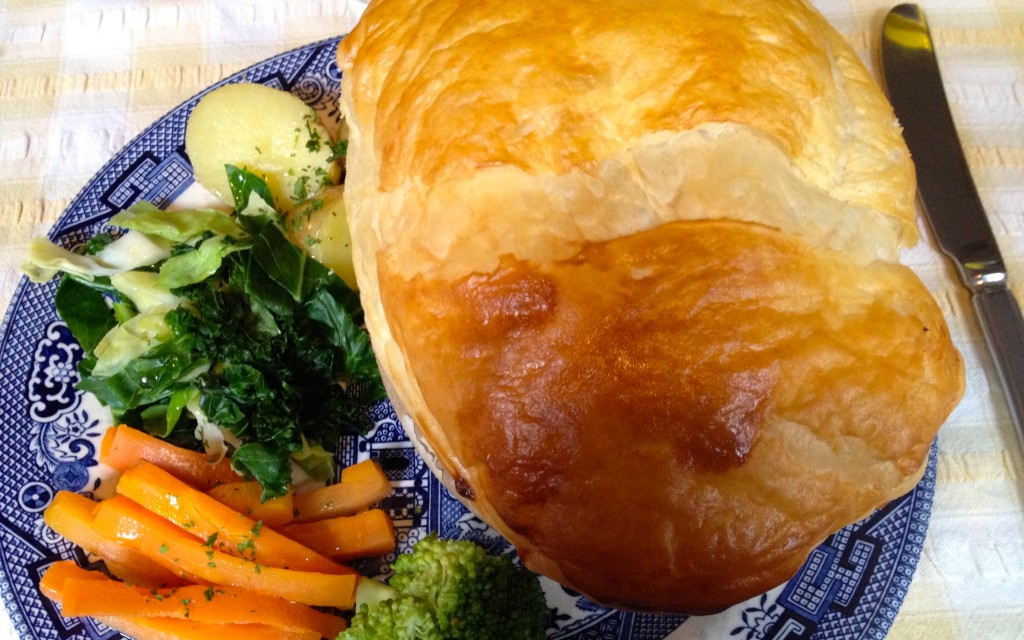 A few minutes later, this plate of glory arrives. The veg is cooked to perfection, and the pie is mushrooming over the sides of the minuscule dish that has given up on trying to contain it, like attempting to put on skinny jeans after eating a full English breakfast.

Holding my knife and fork in the wrong (read: non-European) hands,  I cut into the top of the pastry and slice all the way down.

And that’s I hit the rock-bottom realisation:

THIS ISN’T A PIE.

It’s merely a casserole covered with a dome of puff pastry.

But I’m sitting in a world famous pie room — how is this possible?!

I’m baffled. Who do I complain to? Can I even complain?

Fortunately, some brilliant soul has already taken up the cause and is petitioning the government to get rid of this injustice: Make wrongly describing a casserole with a pastry lid as a pie a criminal offence.

I guess calling it the Newman Arms’ famous Casserole With a Pastry Lid Room doesn’t quite have the same ring to it.

Although the casserole was good, the pie craving was not satisfied, but I got by with a little help from my friend. 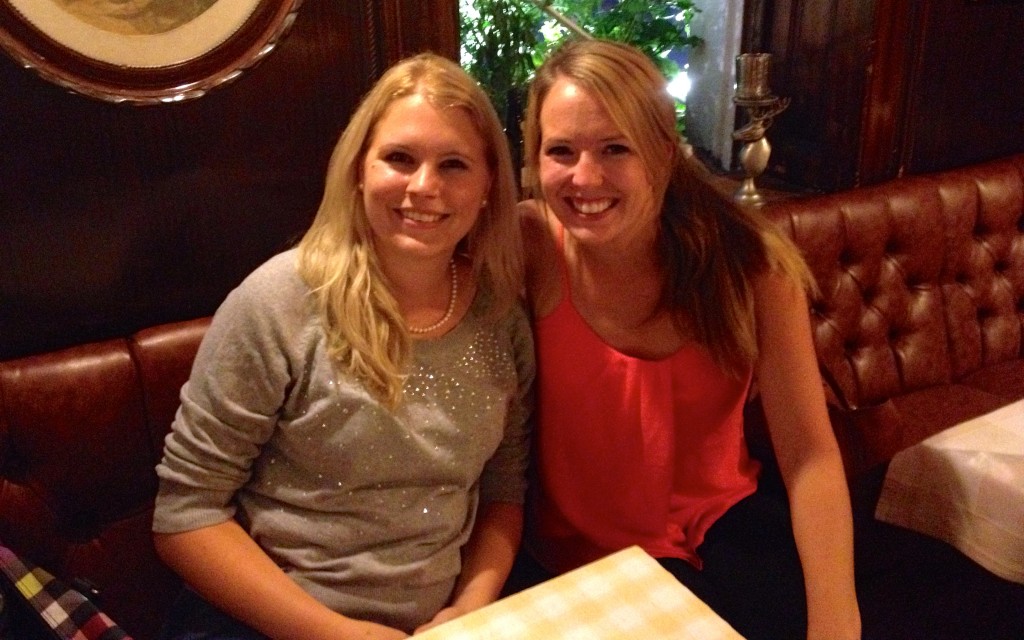 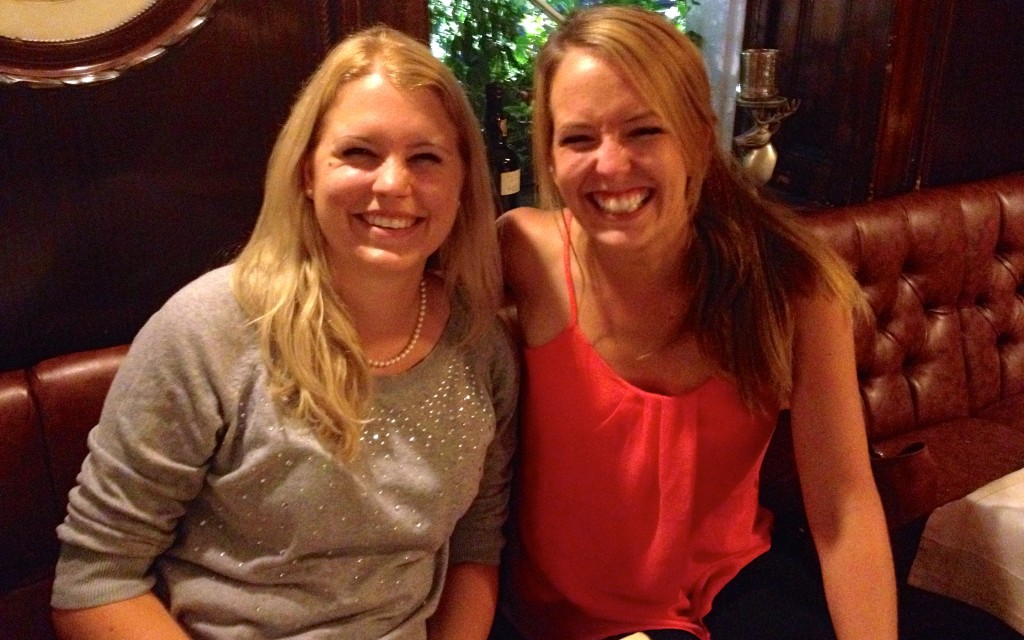