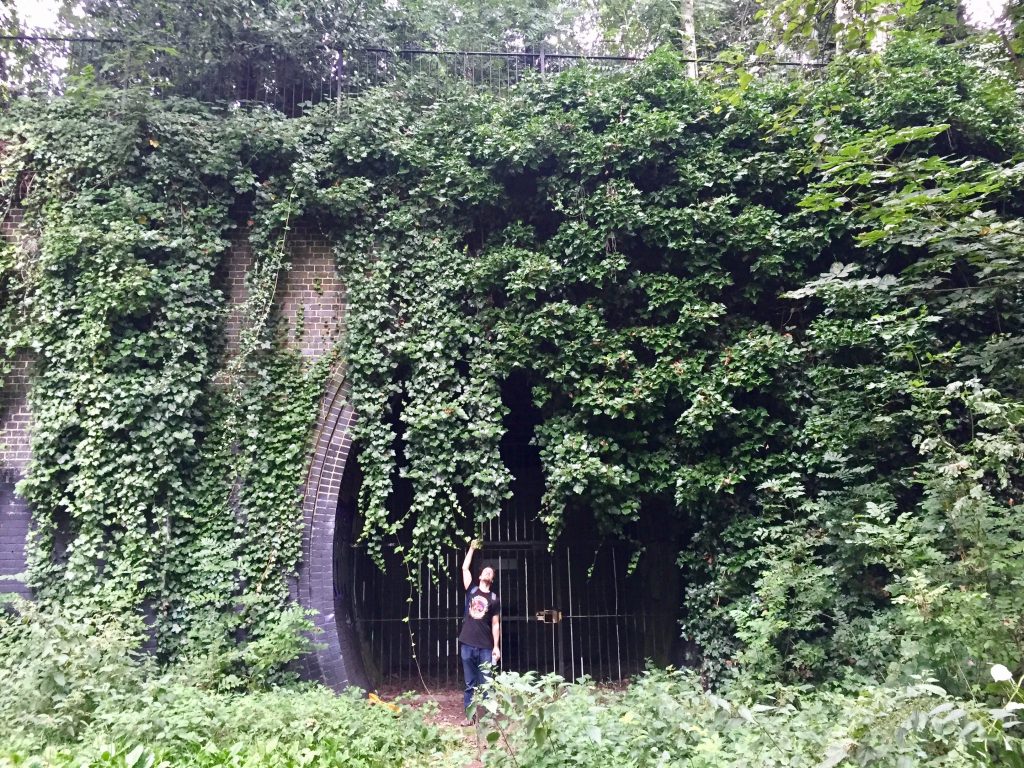 One of the Capital Ring’s best sections follows the path of the Parkland Walk, an abandoned train line that was closed to passengers in the 1950s.

For a city of almost 10 million people, London’s green space is amazingly accessible. Sure, there are the obvious green lungs of Hyde Park and Green Park, but even when you venture into Victorian-built suburbia, you’ll find that the fundamental British value of rambling is still catered for.

I’ve been walking the Capital Ring, a 75-mile path around Zones 2 and 3, and every section starts and ends at a Tube or train station, with a scattering of pubs in between for when you need to refuel. Finding a slice of nature doesn’t get easier than that.

One of my favourite sections of the Capital Ring so far is the trail from Highgate to Stoke Newington. For two miles, the Capital Ring follows the path of the Parkland Walk, a gloriously overgrown disused railway line that was closed in 1970.

London Thing 59 of 1000: Hike along a railway on the Parkland Walk.

A train line opened here in 1867, and by the 1930s, London Underground planned for it to be merged into the Northern Line as part of the Northern Heights, an ambitious project to extend the reaches of the Tube in north London and a fascinating study in urban transportation plans that fail to come to fruition. 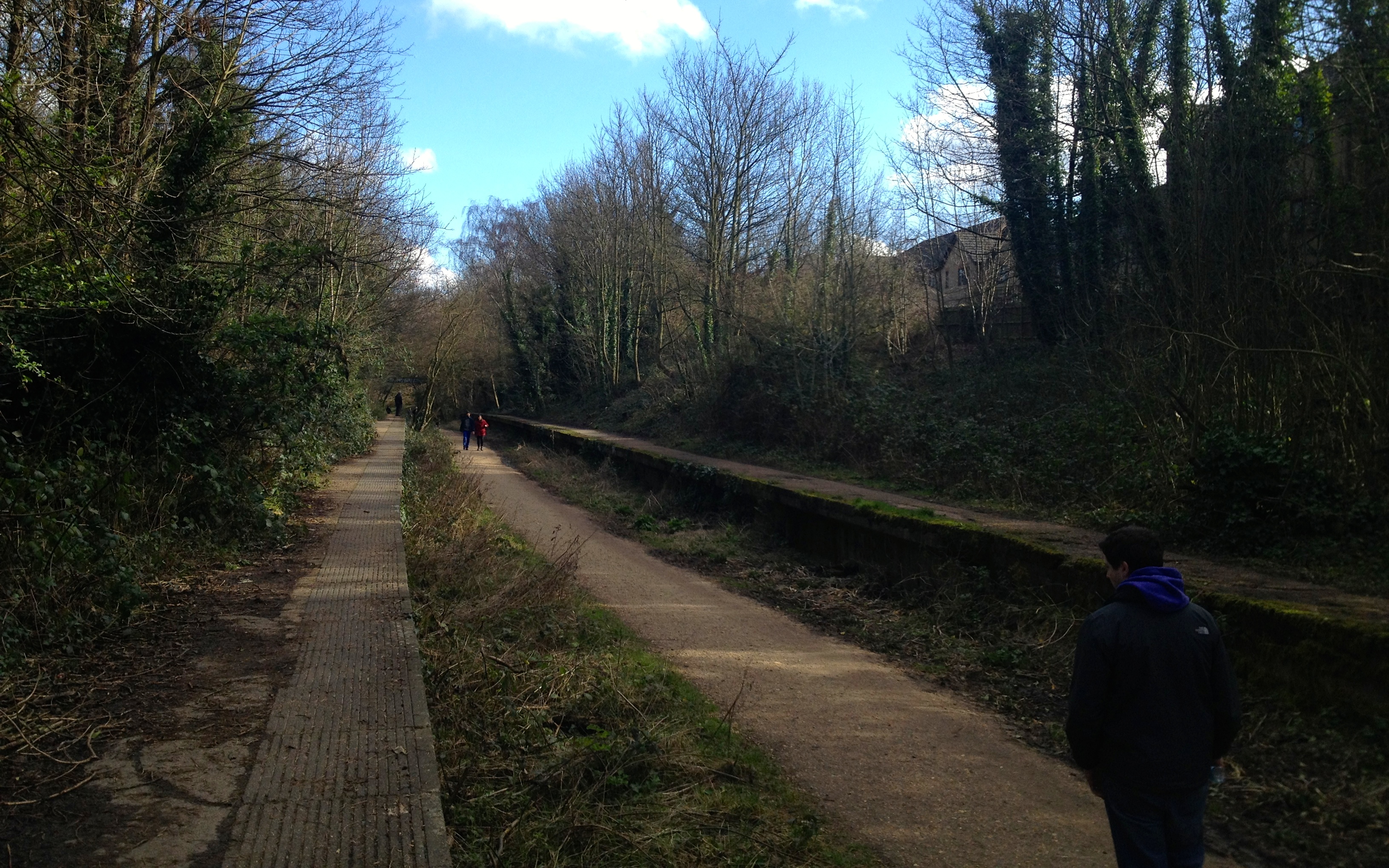 The plan was to electrify the line to make it compatible with the rest of the Tube, but soon the Second World War broke out, and construction was halted, supposedly temporarily. The line still looked like enough of a possibility to make it onto the 1939 print of the London Underground map as an extension ‘under construction’. It was dropped from the map by 1951.

Even after the war was over, traffic was low. The route was never electrified, and Victorian-era steam trains ran the line until it closed to passenger service in 1954. 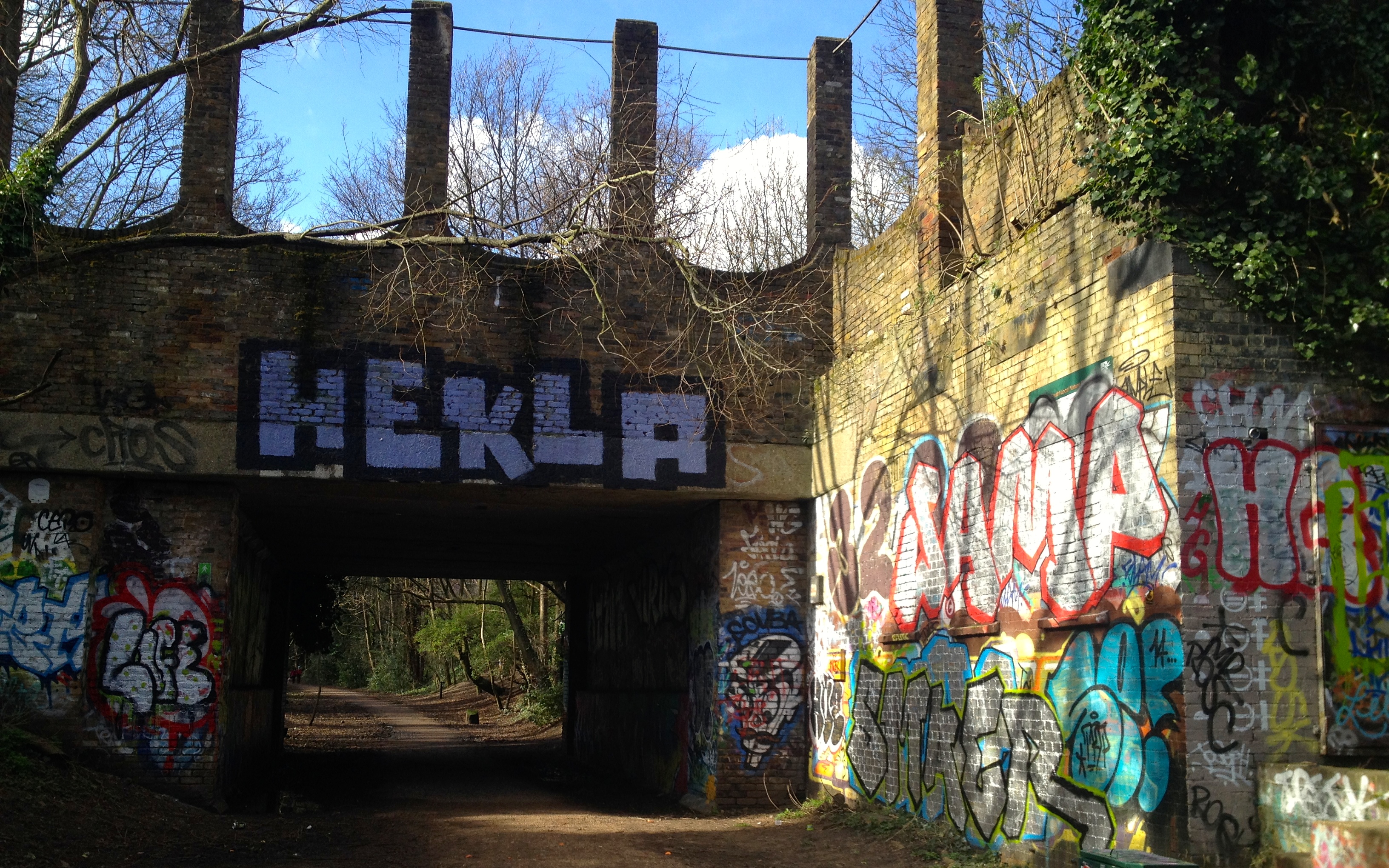 I’m no trainspotter, but I guess I can now reluctantly admit that I am train station spotter. Even though there’s hardly anything left of the abandoned Crouch End station, you still get an eerie feeling walking down the platforms, waiting for a train 60 years too late.

Was Crouch End station just as colourful and enjoyable in its short-lived heyday as it is now? 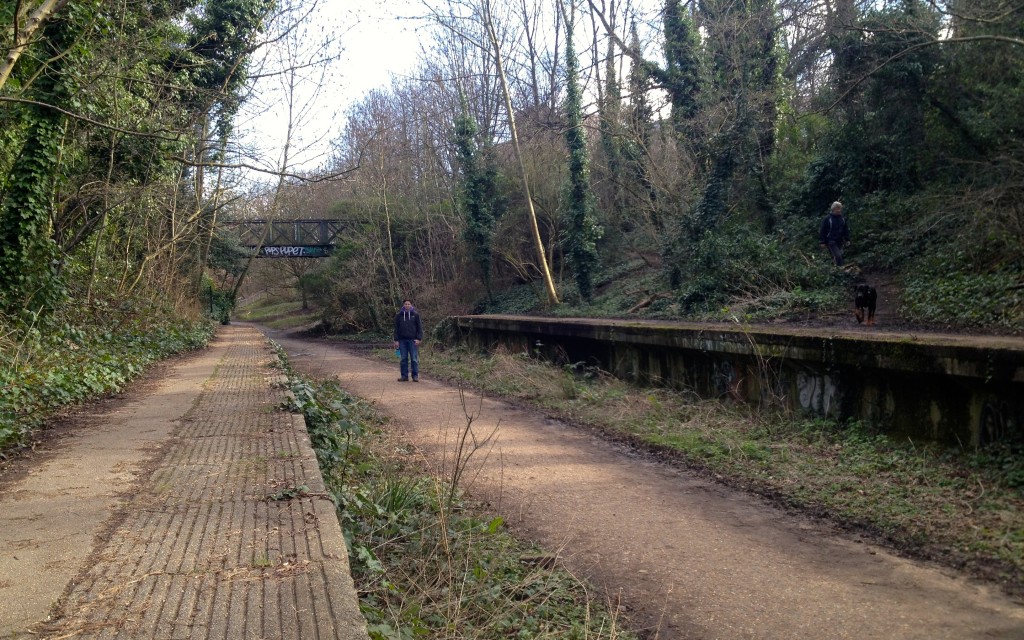 Surprisingly, the Parkland Walk is just as full of art as it is of nature, not something you expect when you’re slightly off the beaten path in suburban north London. 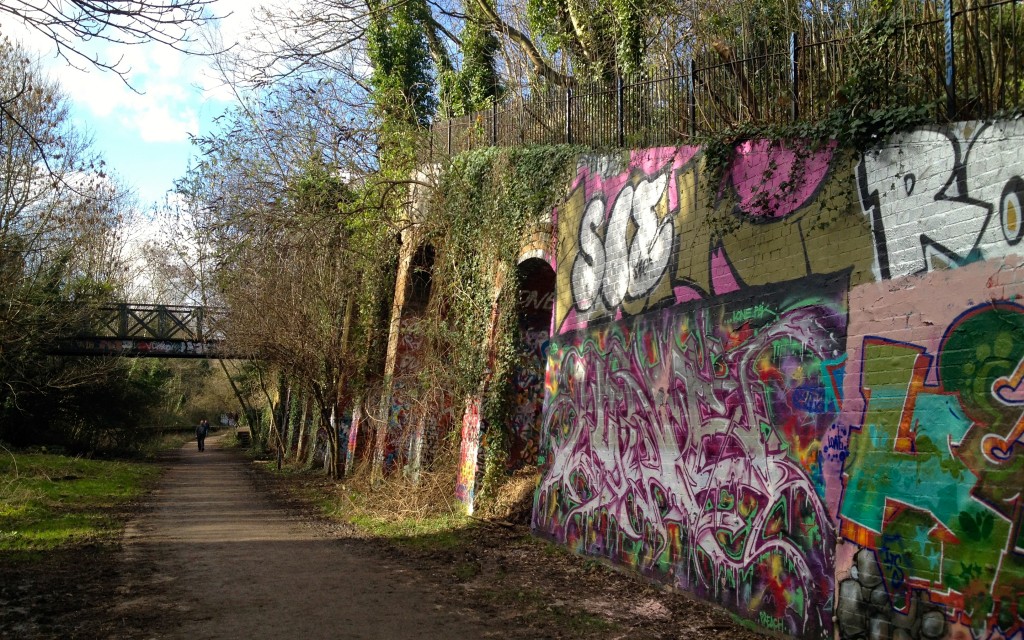 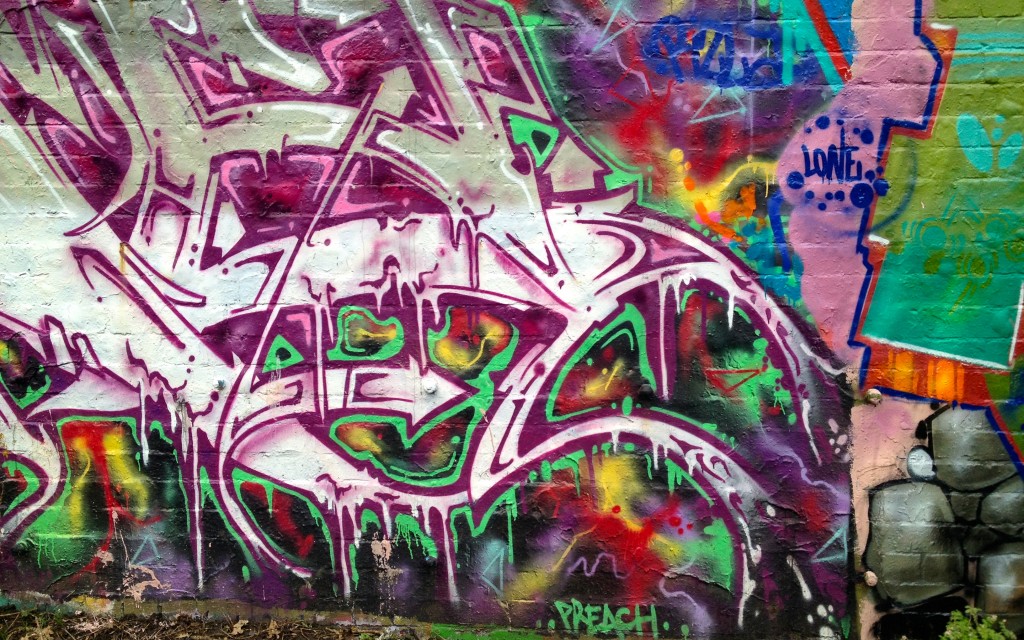 Graffiti and street art (or tunnel art, I guess you’d call it here) seems to be appreciated enough on the trail for artists to feel comfortable to tag the walls in broad daylight, which reminded me of the Banksy tunnels at Leake Street. 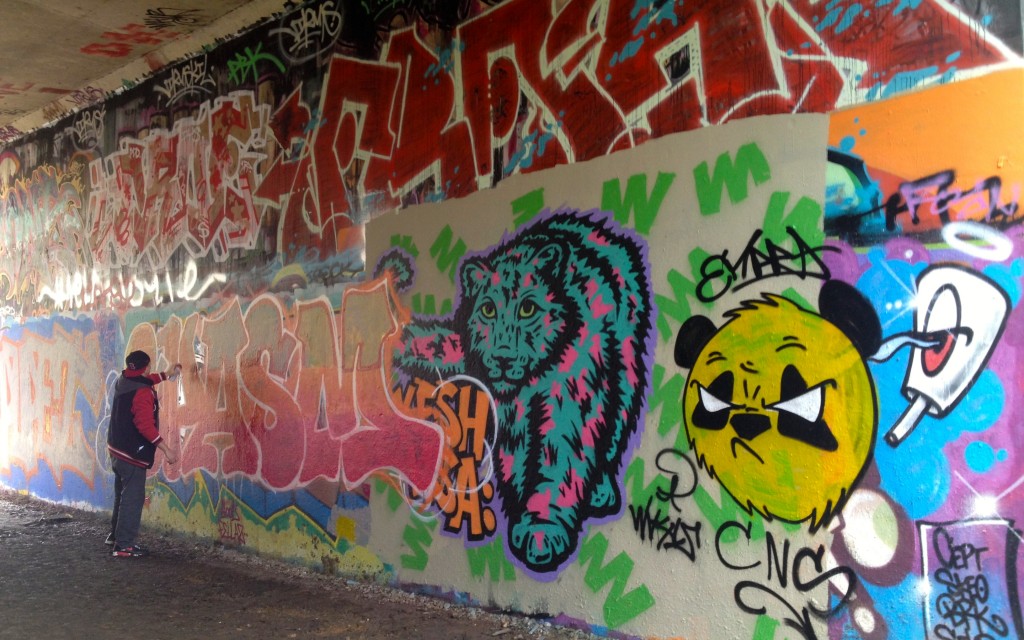 Above the ground-level art, sculptures lurk in the old railway arches. If you’re looking carefully enough, you can spot the Parkland Walk spriggan planted by a local artist. 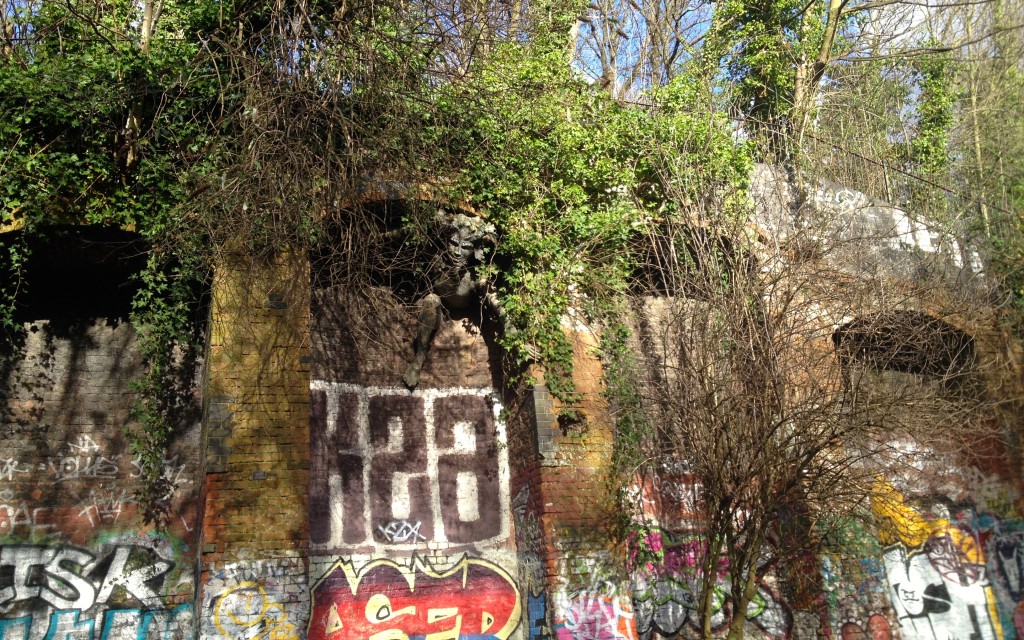 And the views of the city aren’t too shabby either. 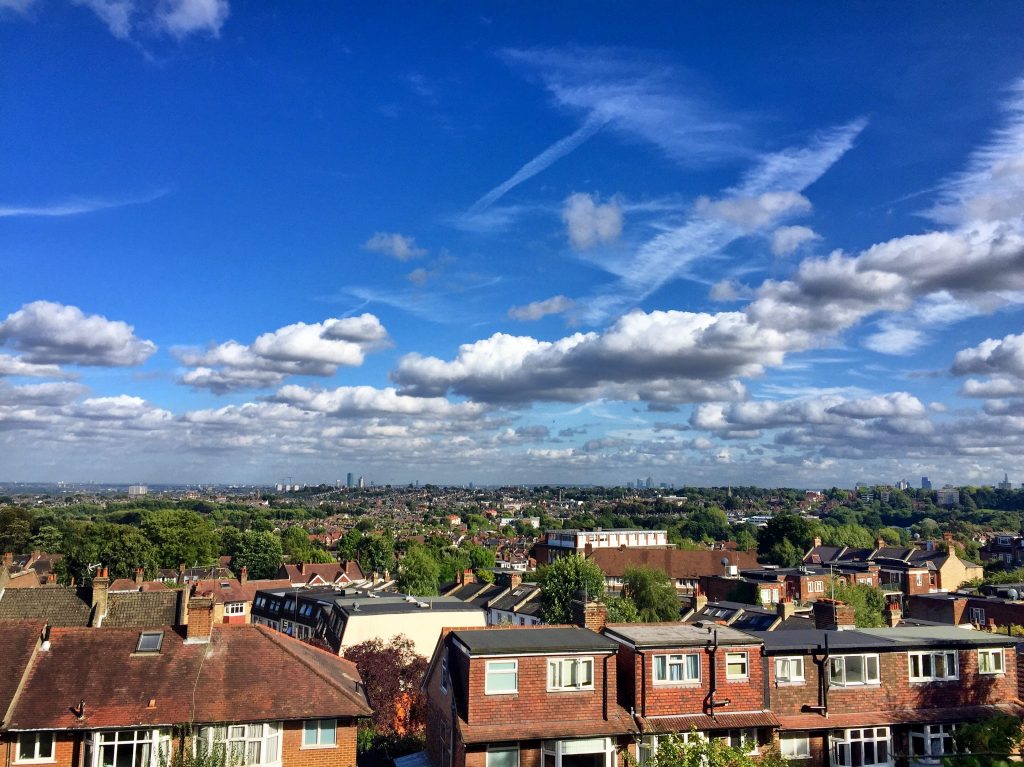 The walk isn’t just one for the urban planning nerds though. Some parts are full on nature as you pass through the surprisingly dense urban forests of Queen’s Wood and Highgate Wood. 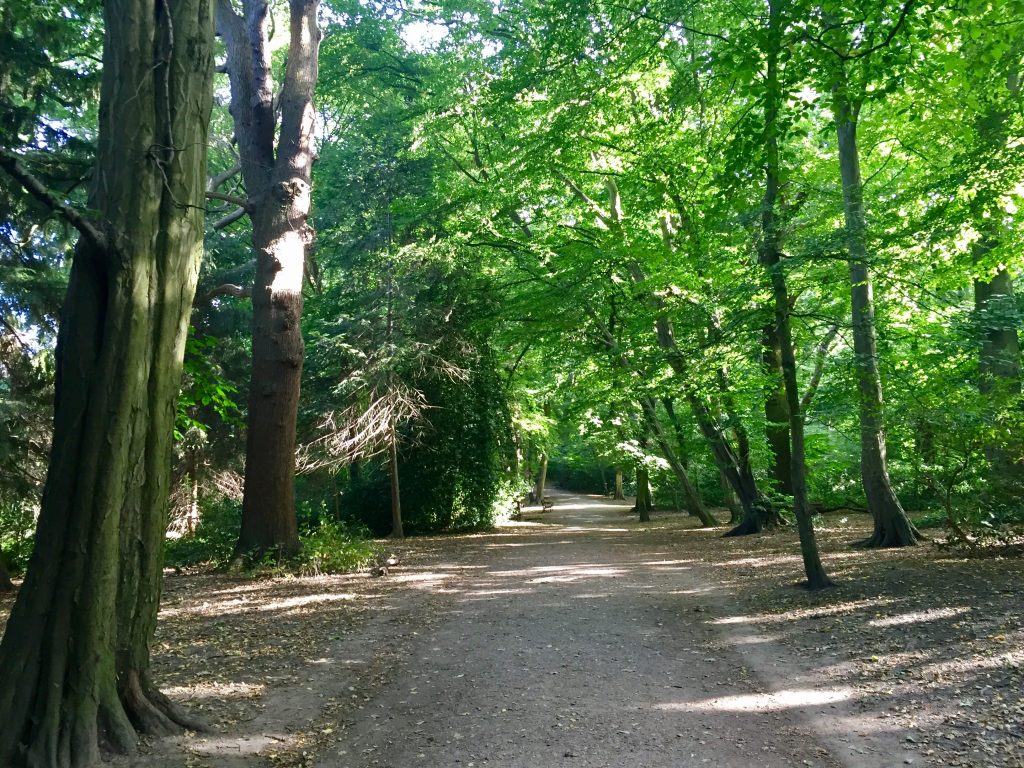 The Parkland Walk is well sign-posted, but if you need directions, may I suggest asking one of the friendly locals. 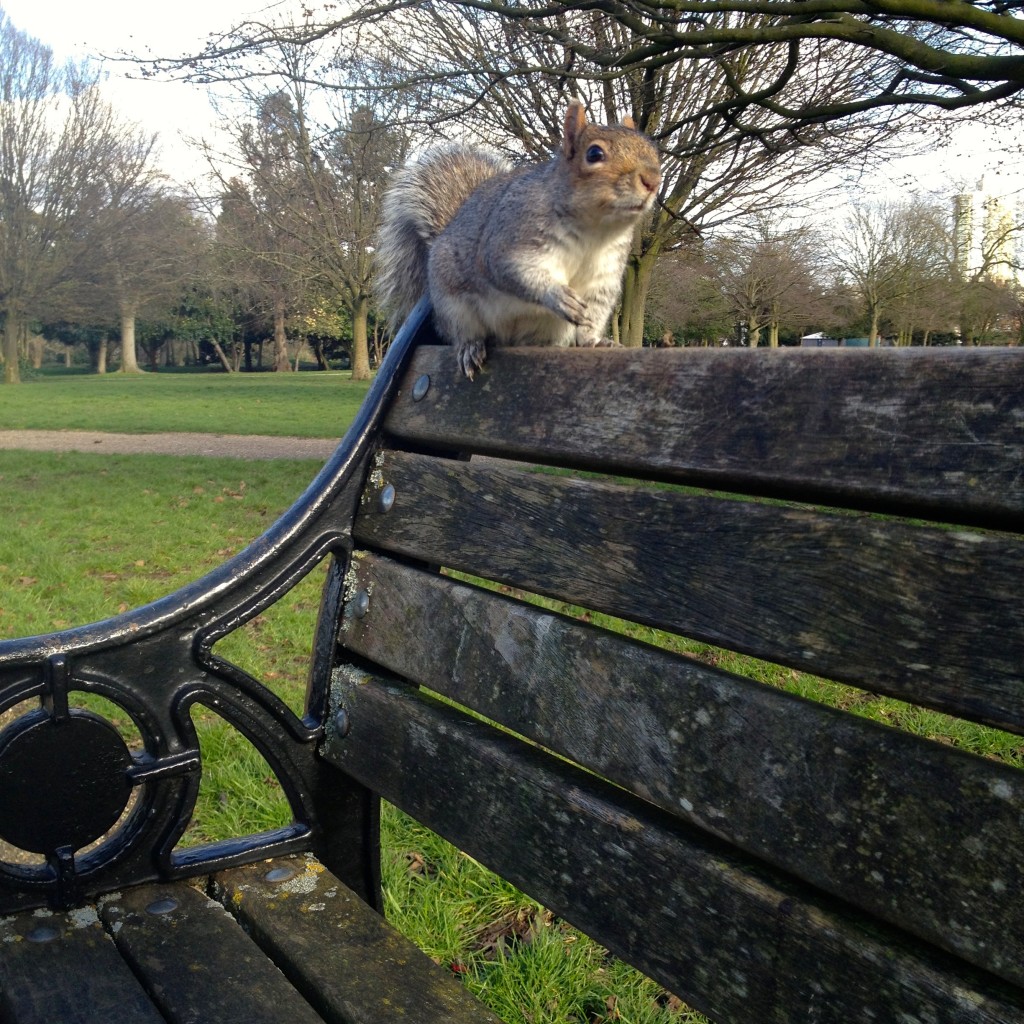 Tags :north london
1000 Things To Do in London