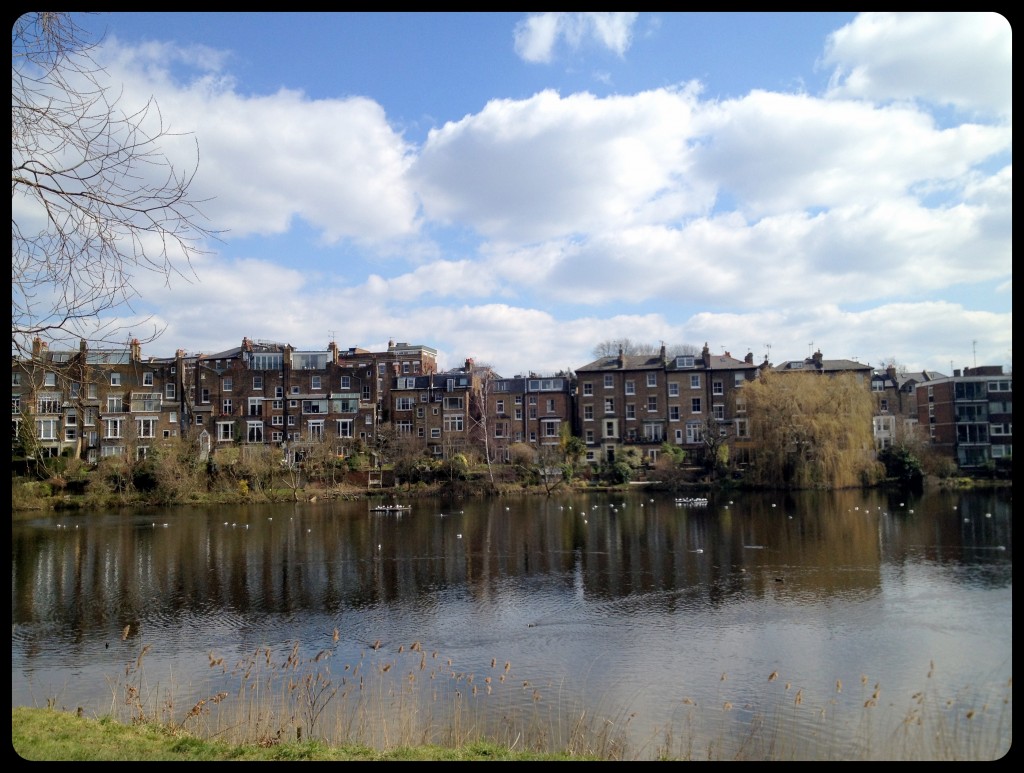 Few of London’s neighbourhoods command majesty like Hampstead. Best of all is the square mile of luscious green parkland that is Hampstead Heath. The crowning glory of this part is Parliament Hill with panoramic views across the whole of London.

After spending a few hours at the Freud Museum, we trekked through the posh, are-you-sure-we’re-even-allowed-to-walk-around-here, orange brick neighbourhood to Hampstead Heath, officially my favourite London park.

London from the top of Parliament Hill isn’t a view that a(n iPhone) camera can capture very well, but this area is obviously well loved.

But beware, the plaque that explains the bumps in the skyline should be on the verge of being sent to a museum — it hasn’t been updated since 1982, and London’s tall buildings have changed just slightly since then.

Bottom line, don’t try to find anything in relation to the Shard.

So why is it called Parliament Hill when it’s so hard to see the Houses of Parliament from this 322-foot tall post anymore?

This is one of London’s 13 legally protected views, so you’ll be able to scan the cityscape for St Paul’s Cathedral and the Palace of Westminster for the foreseeable future.

Legend has it that Guy Fawkes was going to watch his plan to blow up the Houses of Parliament unfold from the top of this hill. He might not have succeeded, but apparently it’s one of the best places in London to go on Bonfire Night to watch the festivities.