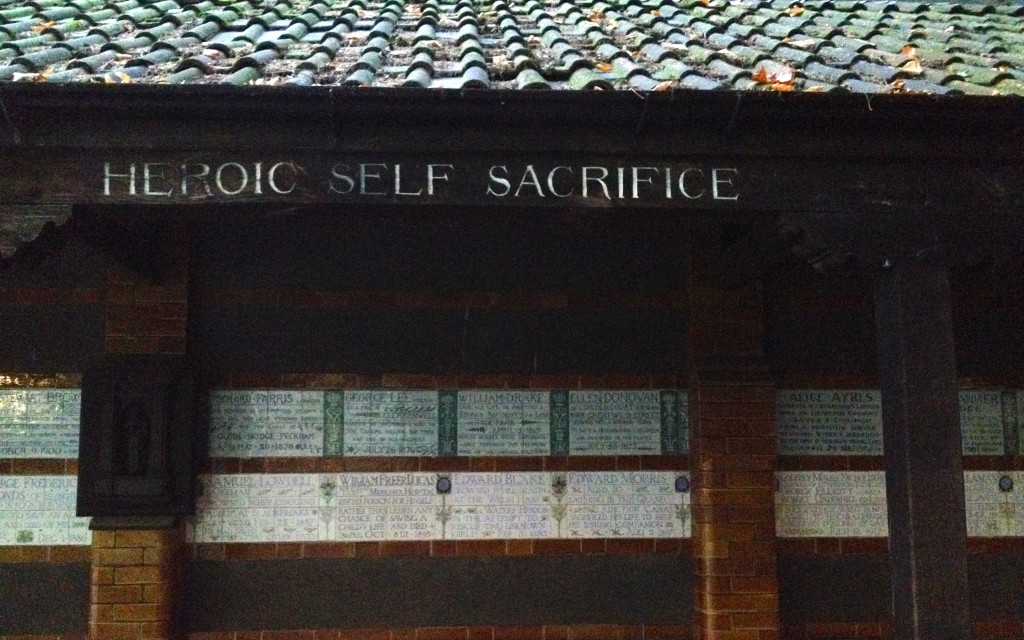 When I was younger, I used to have this deep-seated fear that I was being followed. I could always feel someone lurking, someone watching me through the shadows, someone slipping cartoon-like around the corner just as I was turning around. I didn’t think I was being followed  by monsters or clowns or Furbies or whatever scares kids these days. It was infinitely more terrifying.

I was sure I was being followed by authors.

That’s right. I was afraid that someone might be writing about me. Documenting my every move. Doctoring up some kind of biography that I had not approved.

These days, as it turns out, that person is just my digital me.

My faux phobia made me think about how many ordinary lives went undocumented and how many memories and experiences were  lost to the sands of time if they hadn’t been recorded somewhere. Ordinary lives would never be captured in a museum, preserved behind glass for hundreds of years. They would never stand proudly in the lines of a history book. Who would remember the rest of us if the authors weren’t there? 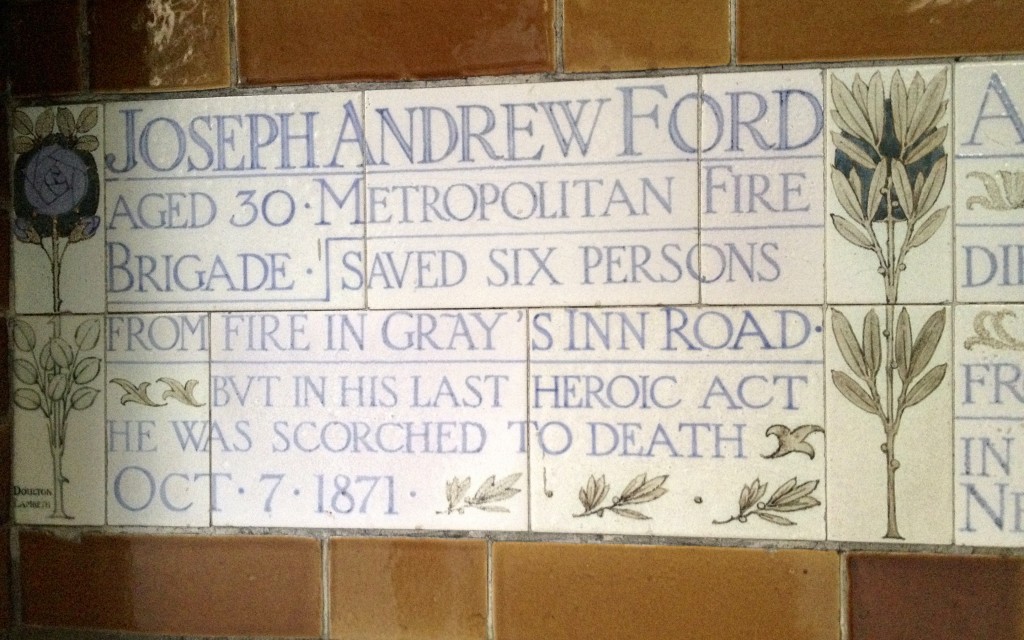 Postman’s Park, a vibrant oasis not far from Farringdon, houses a 50-foot memorial wall that tells the stories of 34 ordinary folk who met rather untimely ends, usually in just one short sentence. Reading each of the plaques is like watching a train wreck (and in fact, a few are because of that) that’s hard to take your eyes off. The heroes’ demises are described so matter-of-factly that you sometimes need to step back and take stock of exactly what you’re seeing. 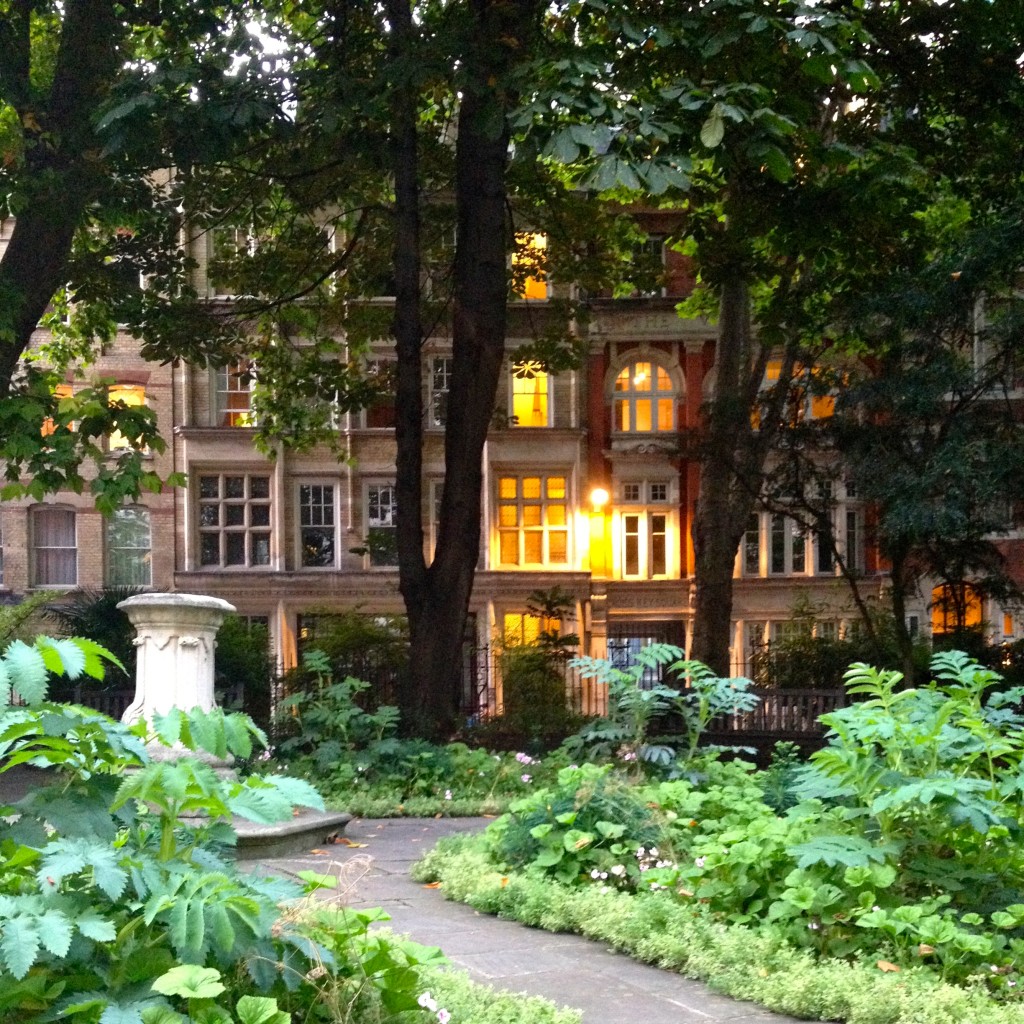 The Heroes Wall was the project of socialist George Watts, called the “last great Victorian”, who thought the everyday person deserved to be honoured. The high cost of producing each of the tiles meant that only four were ready for unveiling day in 1900, but batches of new tiles were added over the following three decades. The most recent was added in 2009, after a nearly 80-year hiatus.

London blogger Caroline dug into each of the stories of our Heroes, and apparently there’s even an app for that.

By virtue of simply being written about and being on display for all to see, the ordinary life has become something extraordinary.

Maybe the moral of the story is that we all need authors.