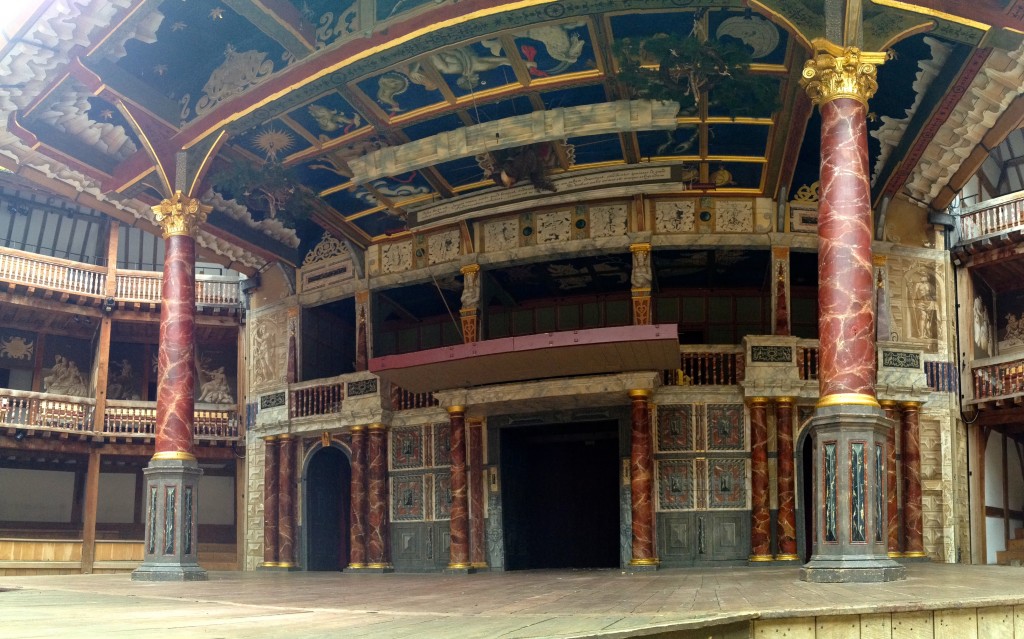 The Globe Theatre of Shakespeare’s day is long gone, burnt to the ground during a performance of Henry VIII more than 400 years ago in 1613. A cannon fired from the stage lit the matchstick-like thatch roof on fire.

Although the theatre was quickly rebuilt the next year on the old foundations, Puritans in Parliament shut the theatre down and demolished it just three decades later. 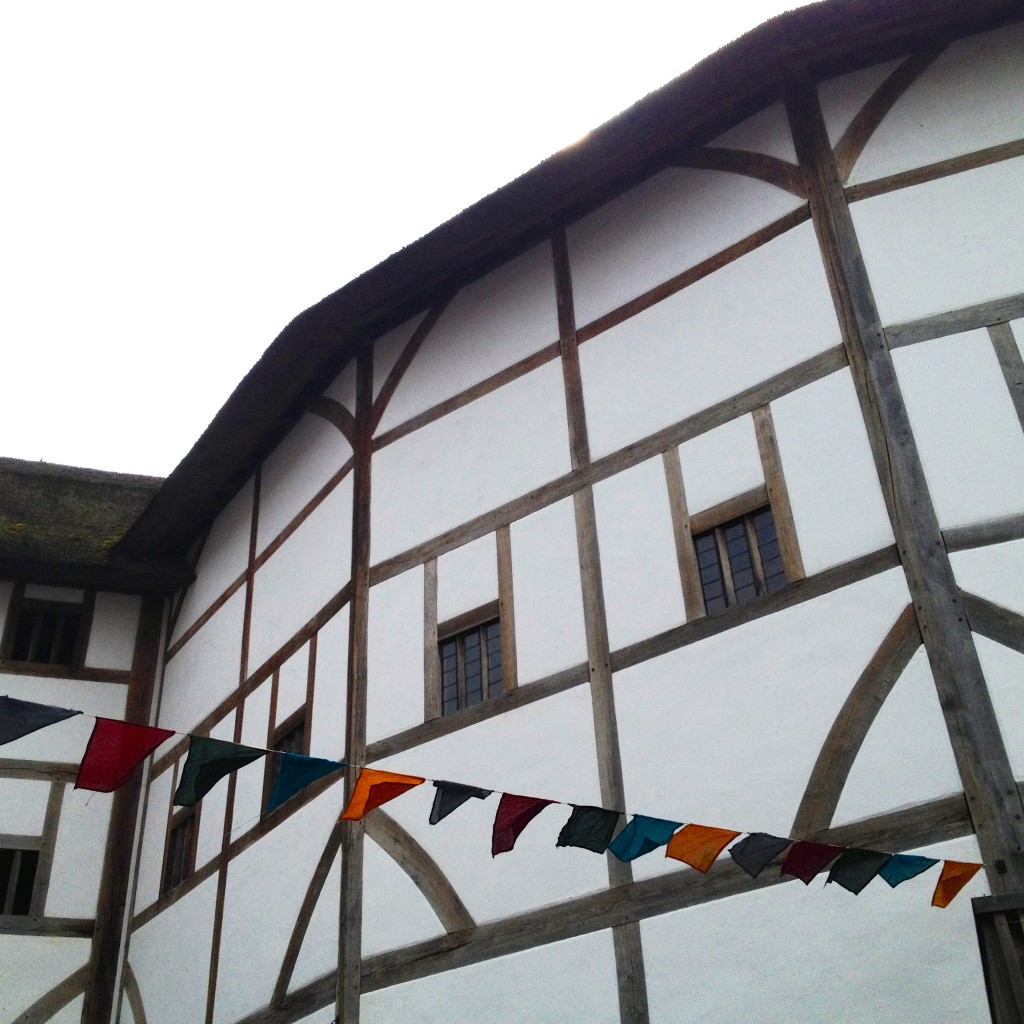 Fast forward some 370 years later, and the Globe standing on the edge of London’s South Bank looks straight out of the 17th century.

You’d hardly doubt that the exterior white walls, made of a mix of plaster and Kashmir goat hair, were anything but authentic. And authentic they are, painstakingly researched and rebuilt, yet again, but this time in 1997.

And by an American. 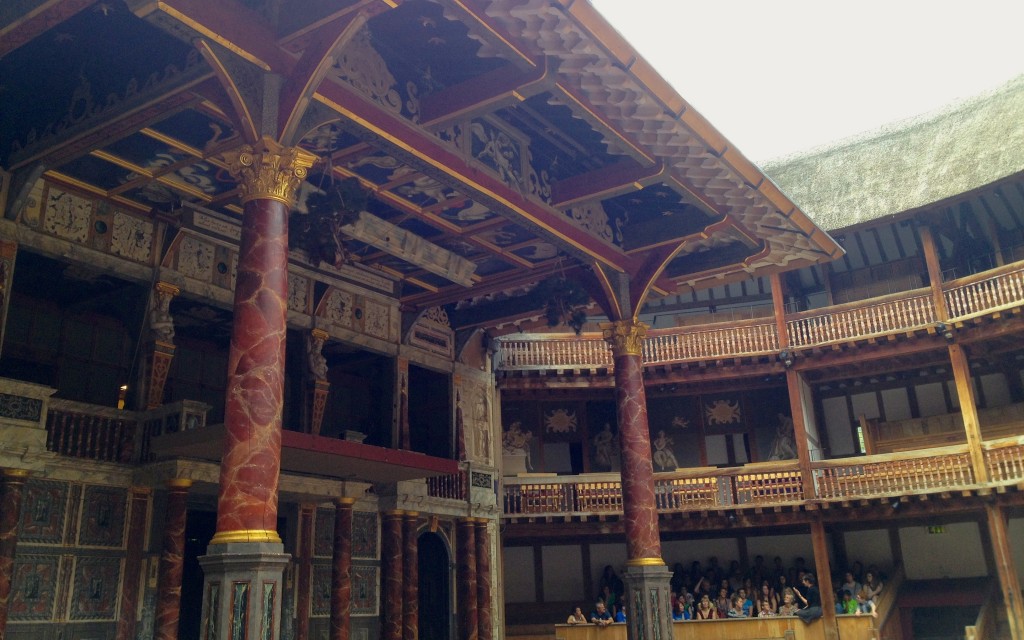 #195: Get backstage at the theatre at Shakespeare’s Globe.

My Shakespeare-loving sister, her boyfriend and I recently jumped on a guided tour around the grounds of the Globe. It’s a steep admission fee at £13.50, but the tour guides here have bucket-loads more personality than the leaders of any other tour I’ve been on.

Walking into Shakespeare’s Globe feels like magic, and I’m sure everyone in our tour group gasped as the beautiful stage was unveiled as we walked through the doors into the theatre. 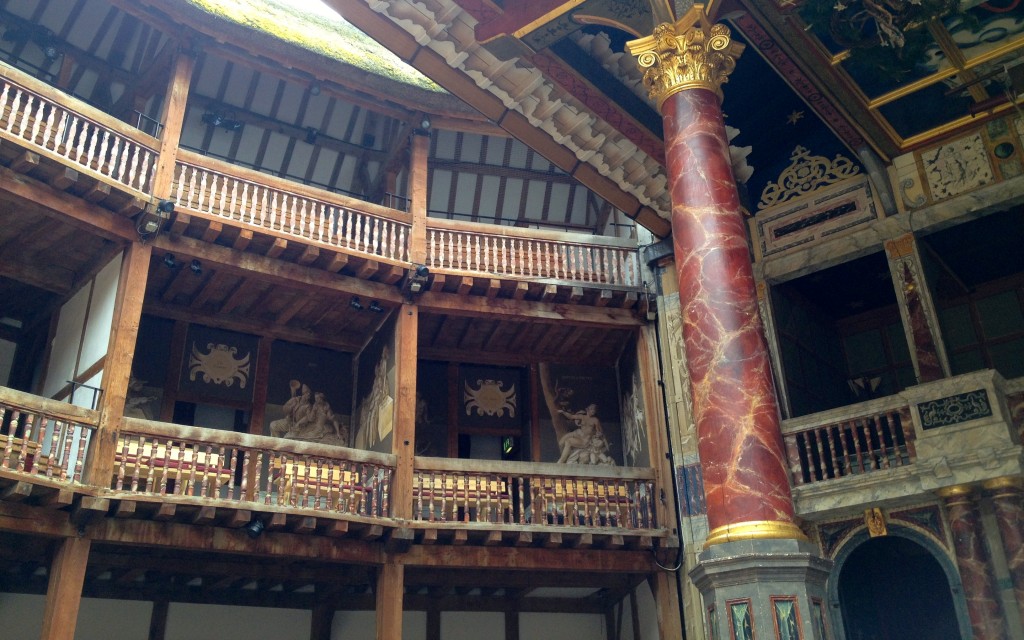 The big draw of taking a tour of Shakespeare’s Globe instead of seeing a performance is that you get to snap photos to your heart’s content. You sit in the gallery just like you’re in the audience. And then you stand on the floor next to the stage just like you’re a groundling. 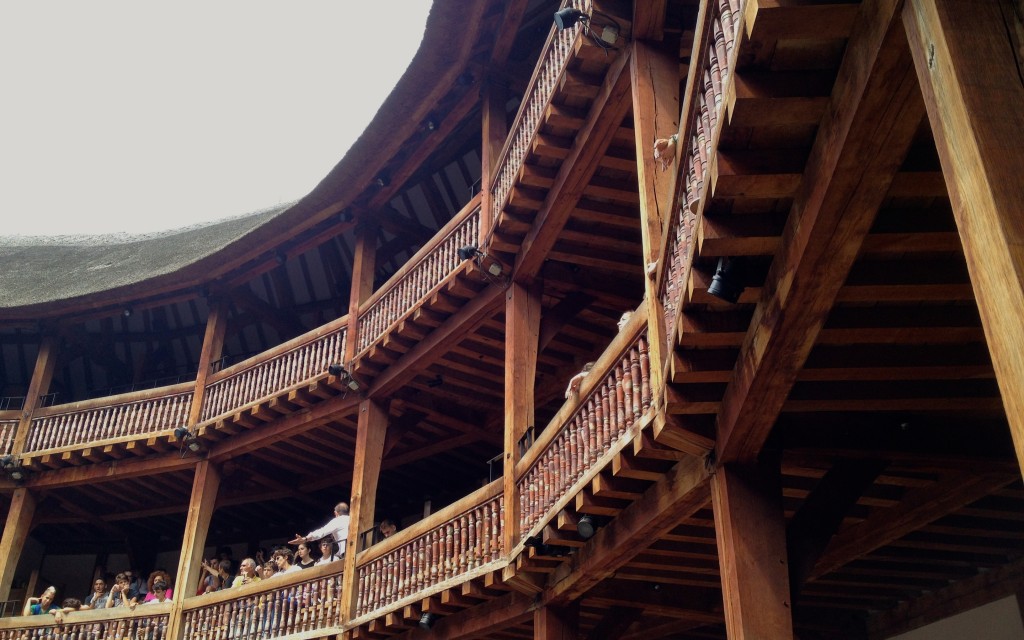 Shakespeare’s Globe today is a nearly perfect recreation of the theatre from 1599, down to the thatch roof, which meant that it took eight years to get planning permission to even get the project started and probably lots of promises that they would try not to burn it down again.

Henry VIII was the summer production four years ago for the first time in 400 years. Fortunately, history was not repeated. The thatch roof is still intact. 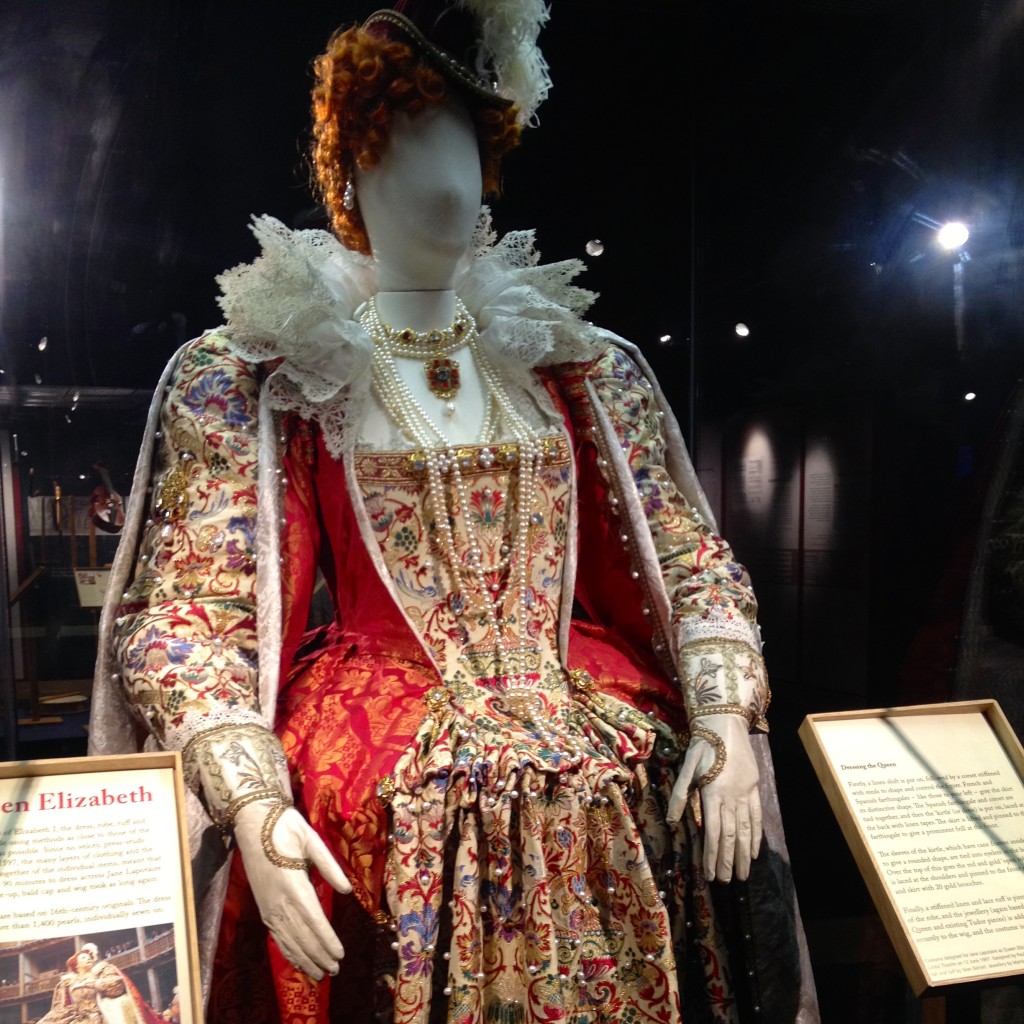 Before you can find a way to truly get backstage, you leave the theatre and are left to roam the museum, which is filled with beautiful costumes that have appeared on stage over the years. 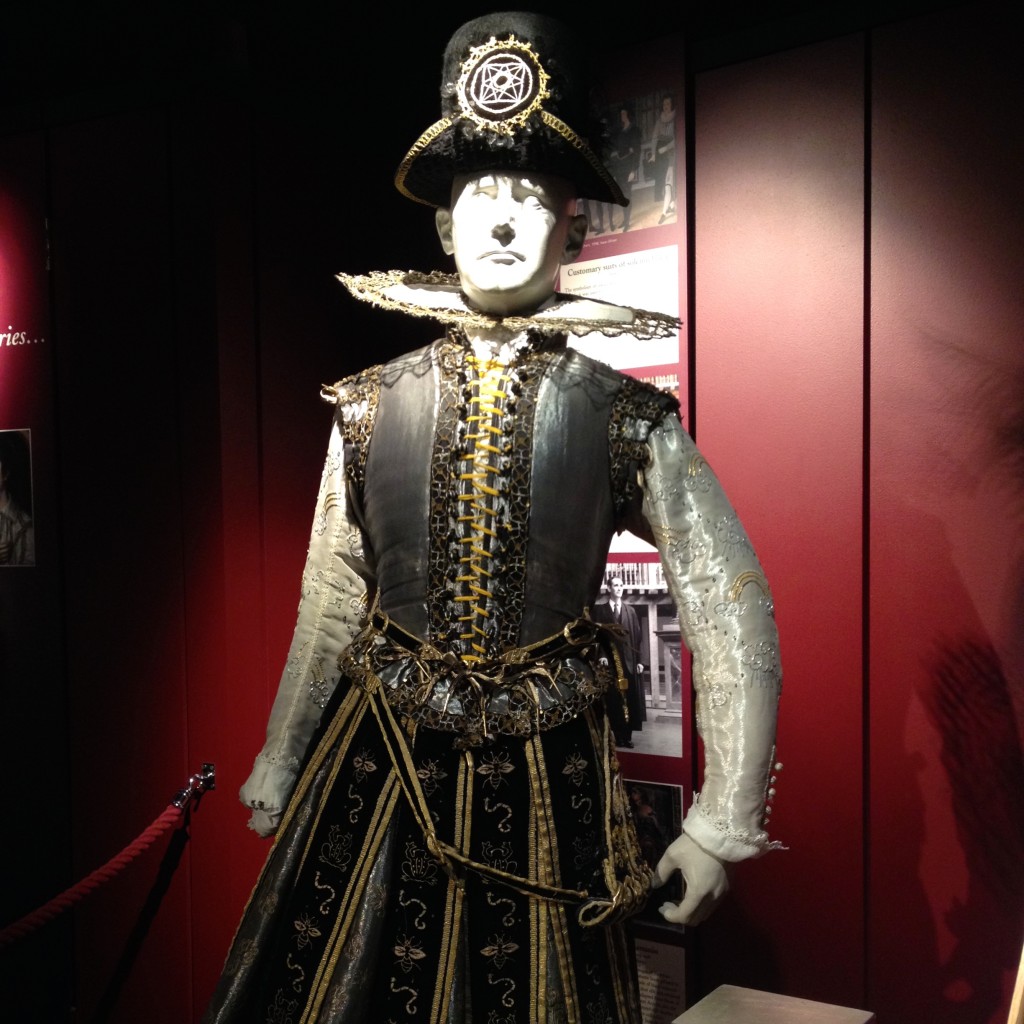 So, to tour or not to tour? No, that’s not really the question.

Get into Shakespeare’s Globe any way you can (being a groundling is another one of the 1000 Things, so I’ll be back!) and soak up the enchanted atmosphere one of the most famous theatres in the world.