Whether you’re a tourist, an adopted Londoner or a born-and-bred city dweller, nothing makes you feel more ‘I’m in London’ than a walk across Tower Bridge.

They say you’re supposed to save the first for last, or something like that. I was meaning to save this top-of-the-list item for my last day in London or the end of this project (about 50 years from now at this rate), but London’s perfect summer day happened upon us, and I couldn’t resist.

I’m not sure this blog, my London-is-the-Greatest-Place-Ever writing sanctuary, is the right place to admit this, but I didn’t know that Tower Bridge existed before I moved here.

Of course, we’ve all heard of London Bridge (and no, Americans, they are not the same), and maybe I saw a picture of that, wasn’t impressed and didn’t look further?

That’s going to be my excuse anyway. 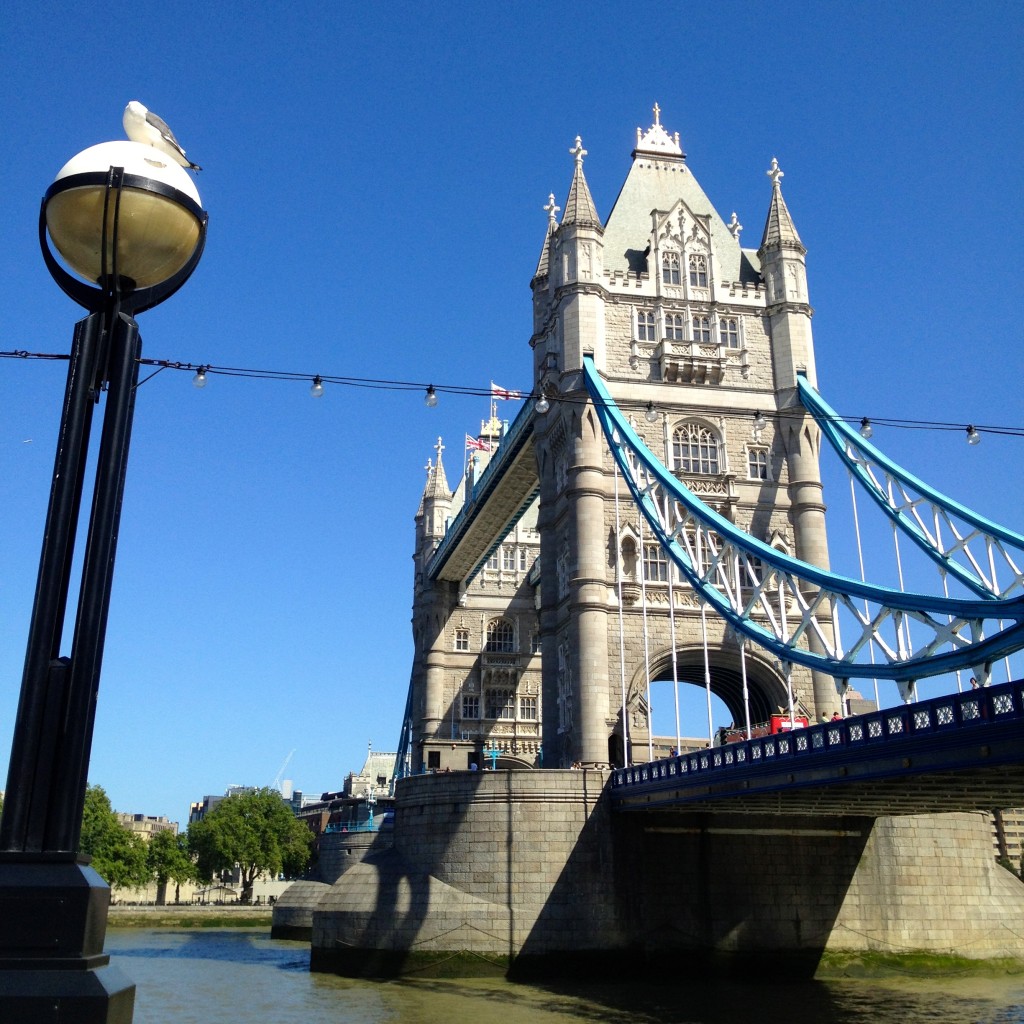 What’s the Story Behind tower Bridge?

Brits are always confounded by visiting Americans who think don’t know the difference between London Bridge and Tower Bridge, quietly tut-tutting at them before proceeding to explain the entire history.

Fortunately, the history is fascinating. In the late 1870s, London, at the time the world’s most populous city, was looking for another way to let its increasing amounts of traffic cross the river while not blocking large ships from its major port.

Victorian architects submitted designs, including odd circular holding areas for ships that left lanes open for road traffic and bridges so tall that they would require a shell-like spiral road so that traffic could descend to the south bank at a reasonable speed. 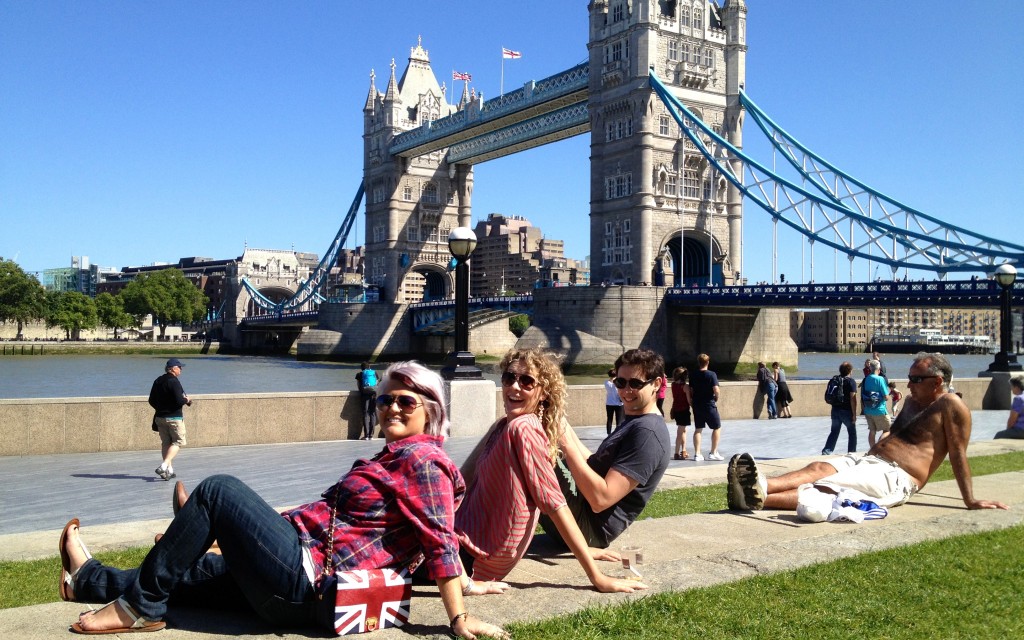 What is there to see from Tower Bridge?

The rush of the River Thames below and looming man-made mountains of the skyline don’t stay the same for long. Already 1000 Things to Do In London’s photo that goes along with the #1 tip is missing the three newest, horribly named London skyscrapers: the Shard, the Walkie Talkie Death Ray and the Cheesegrater. Though it’s a little hard to tell whether they’re missing because they hadn’t sprouted above ground level or whether they were purposefully cropped out, in some kind of architect-purist’s dream.

Time your visit for sunset and walk along the west side of Tower Bridge for an Instagram-worthy shot of the London skyline.

Is the Tower Bridge Exhibition worth going to?

At least once, yes. To get the VIP view of London, pay the £9.80 (or £8.70 if you book in advance online) and head up to the bridge’s skywalks for the Tower Bridge Exhibition. You can also pair this with a visit to Monument, a London viewpoint that’s being swallowed up by the surrounding skyscrapers.

In 2014, glass panels were opened along the walkways, meaning you can see straight through to the road and river below as you walk across. Vertigo sufferers, beware.

These walkways were originally designed for pedestrians to cross the bridge while ships were passing through, but as it turns out, people didn’t want to climb 118 feet instead of waiting a few minutes, so they were closed in 1910.

Reopened in the 1980s, they now house rotating, but less-meaty-than-desired, museum exhibits, though to be fair there’s not a lot of space to cram stuff into. Sometimes you can even align your chakras along the glass walkways during yoga classes held there.

Indeed, and there’s a whole schedule of lift times. I haven’t yet spotted Tower Bridge open for a ship headed further up the Thames, and I was surprised that seeing that spectacle wasn’t one of this #1 Thing’s requirements (turns out that it’s on the list at Thing 306 of 1000). But there’s always reason to go back and remind yourself exactly where you are.