Mail Rail, an underground train network used to deliver London’s post, has been shuttered since 2003 but is now back in action, this time for riders. 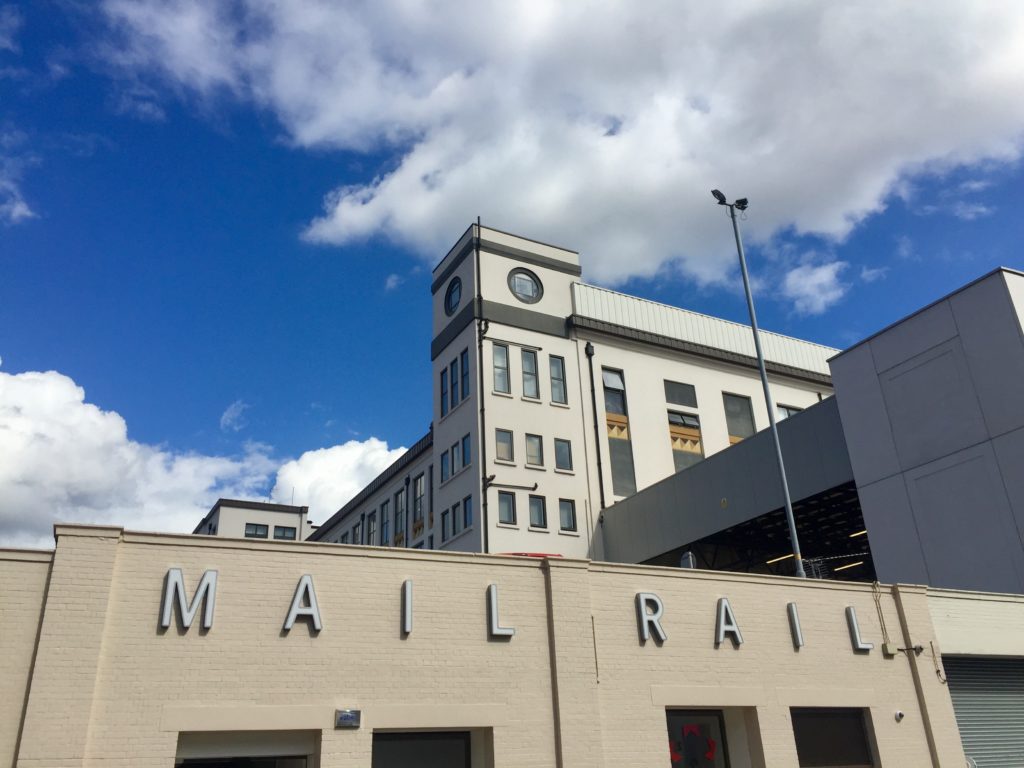 Mail Rail, London’s newest attraction, is also one of its delightfully dorkiest. In dimly lit subterranean tunnels stretching from Paddington in the west to Whitechapel in the east, a narrow gauge train ran between Royal Mail sorting offices, delivering the post without encountering the hassles of traffic stalled above. 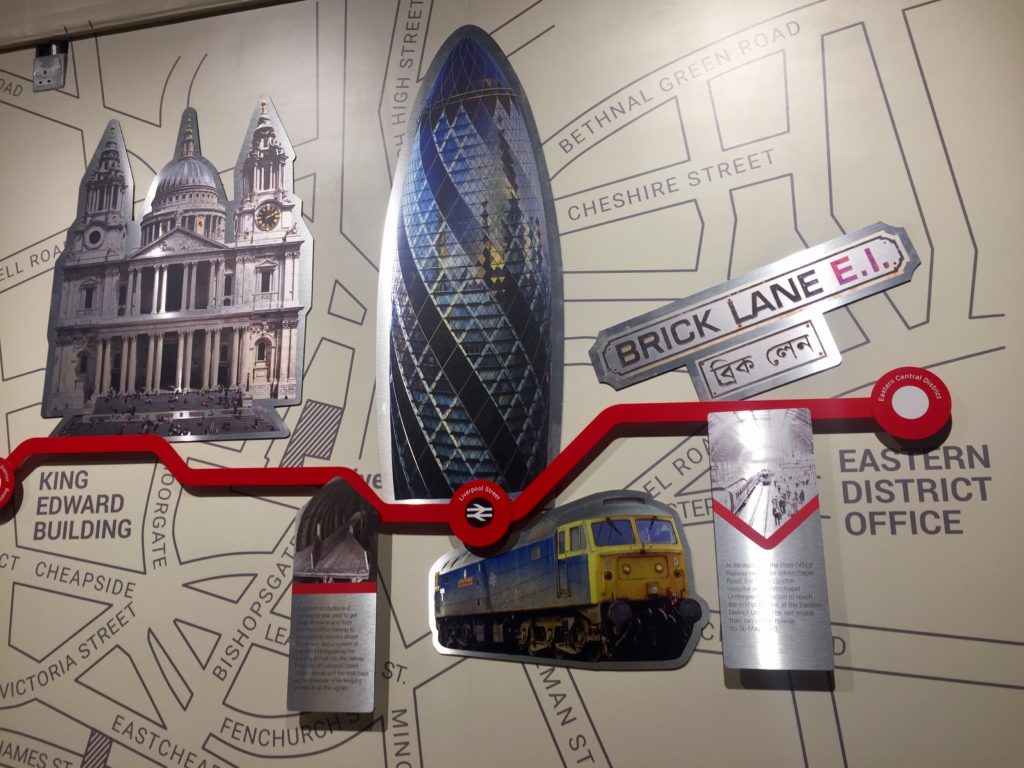 The station at Mount Pleasant was the largest station of the eight on the network, and it’s now revamped for a different sort of business. After being mothballed for nearly 15 years, Mail Rail has now been reopened, this time to the public, so trainspotters and other geeks can get their underground fix. 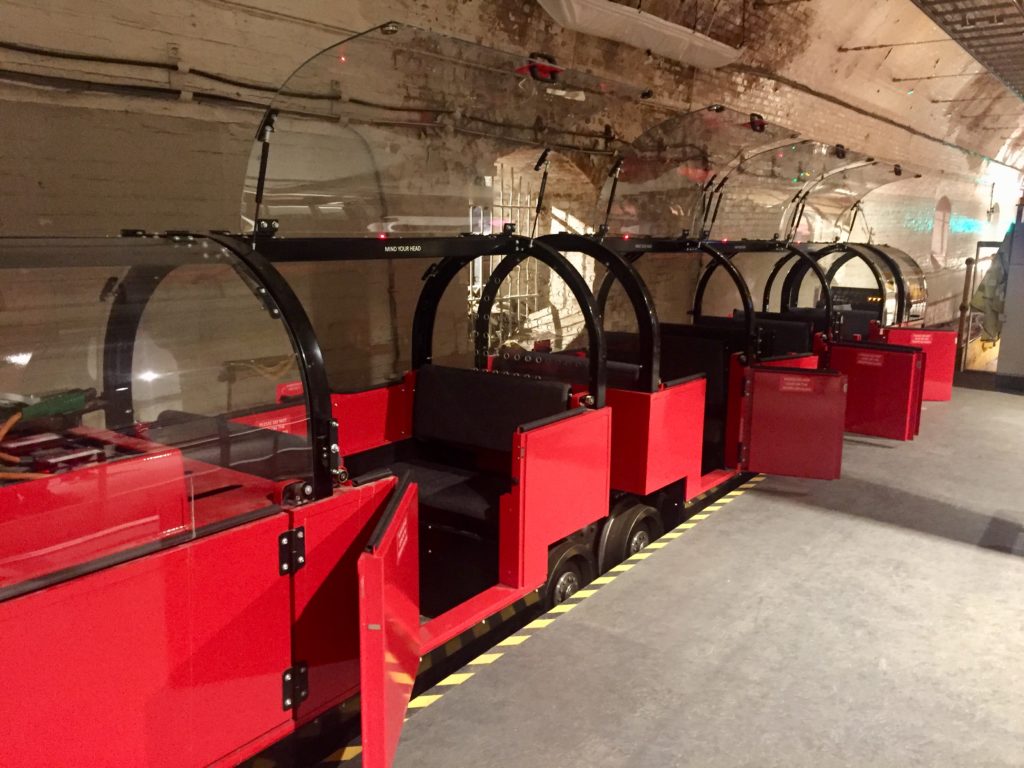 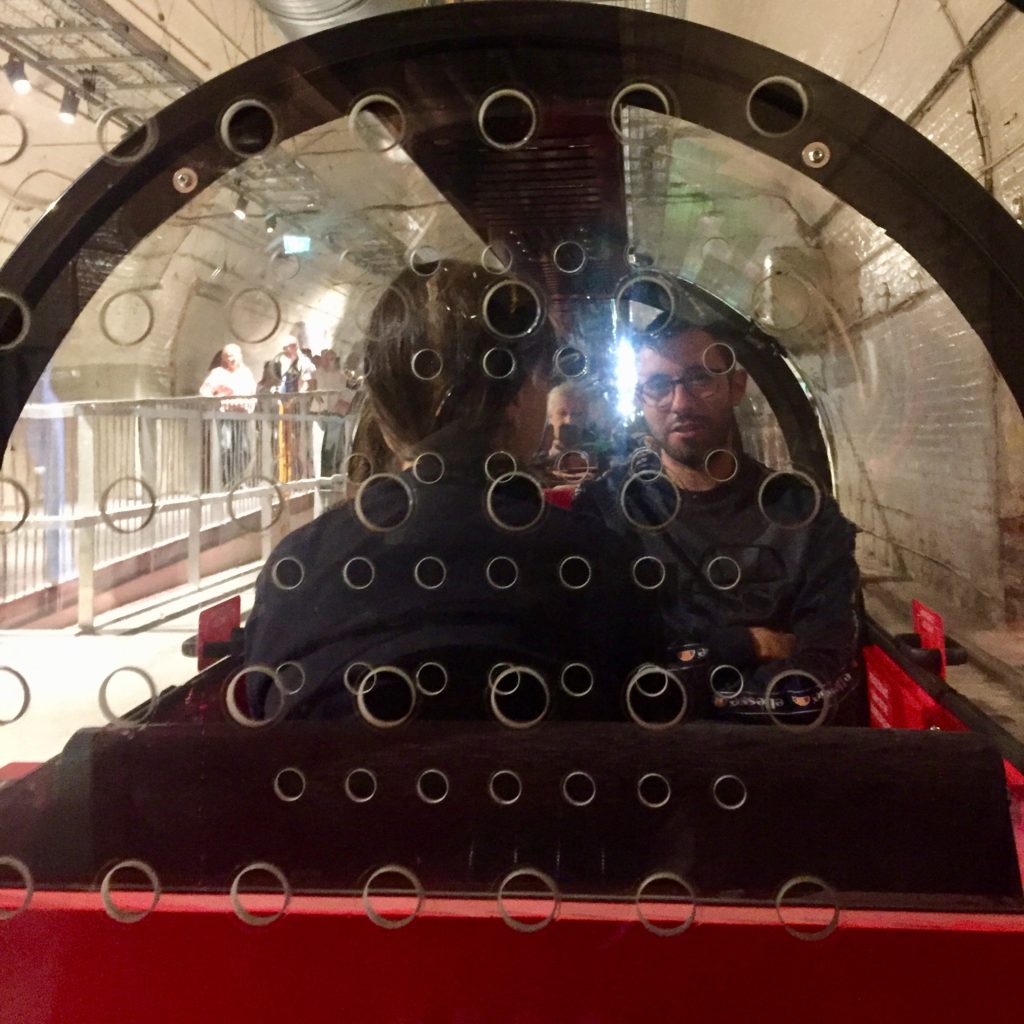 Riding Mail Rail is hilariously similar to riding the Tube. This rail system was never designed to transport people, so the carriages are wide enough for one person, though staff seemed to be intent on squeezing two people into one seat.

That meant that someone was always accidentally pushing on the doors, causing the whole train to lurch to a halt and the annoyed but overly friendly conductor to come on the speaker to request that can we please not lean on the doors. A welcome-to-London experience if there ever was one. 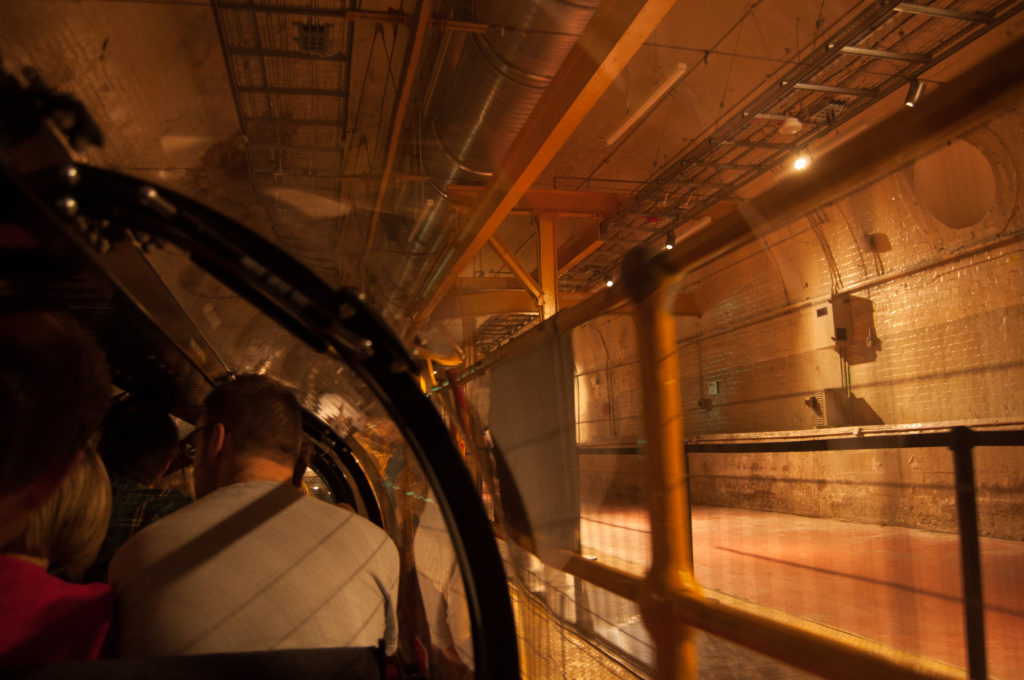 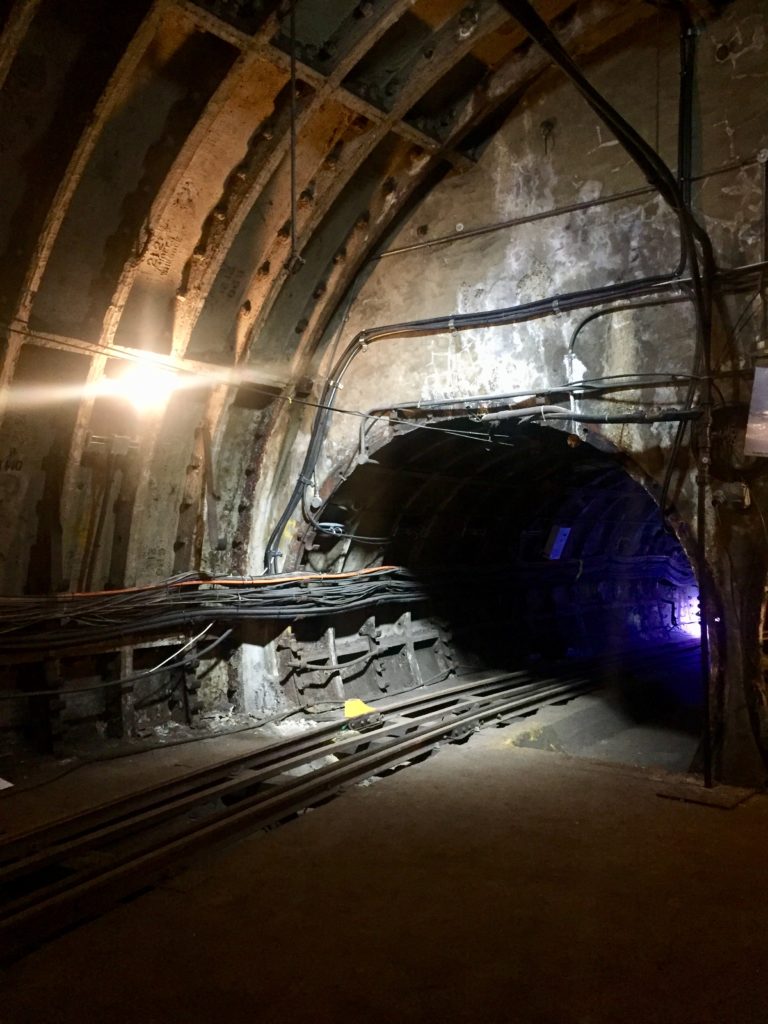 The ride itself is pretty slick, and it’s great fun. Think of Mail Rail as a slow, educational roller coaster. Face squished against the glass because you’re excited to see what comes next. The train winds through tunnels, and every so often you pause to watch a video that highlights a bit of Mail Rail’s history, including stops at disused platforms.

I would have loved to get out of the carriages during these breaks (maybe because I was probably one of the guilty, crammed-in door leaners), but you’re kept inside the entire ride, which also means that you’re unlikely to get one of those gorgeous photos you see on the Mail Rail website. 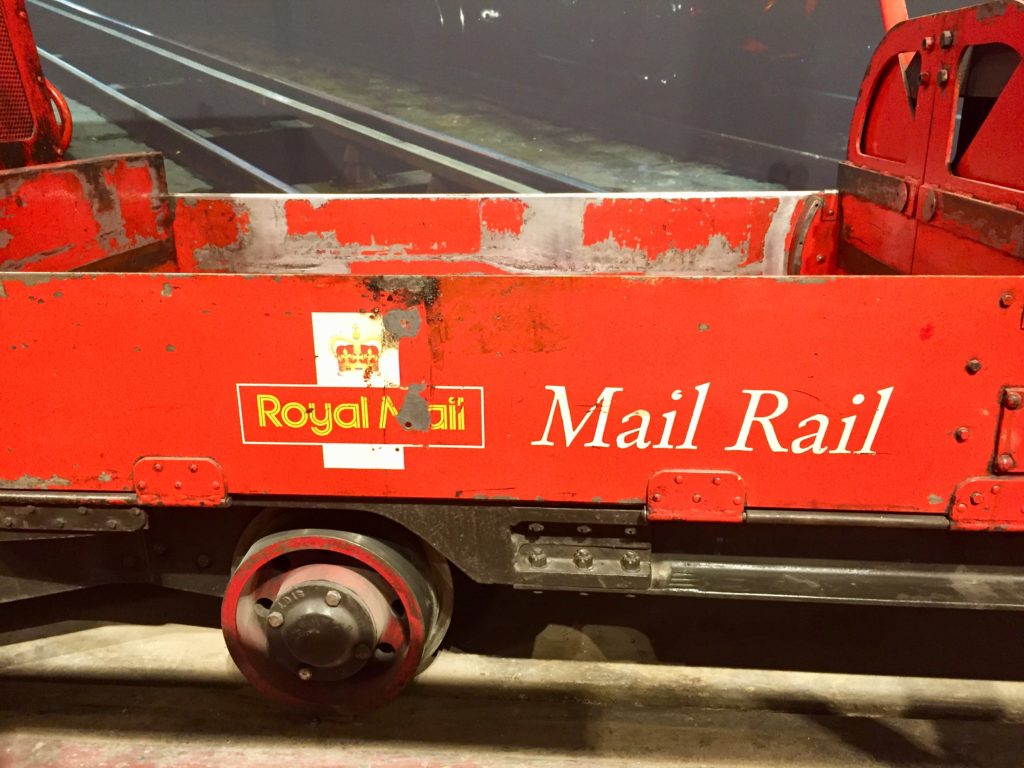 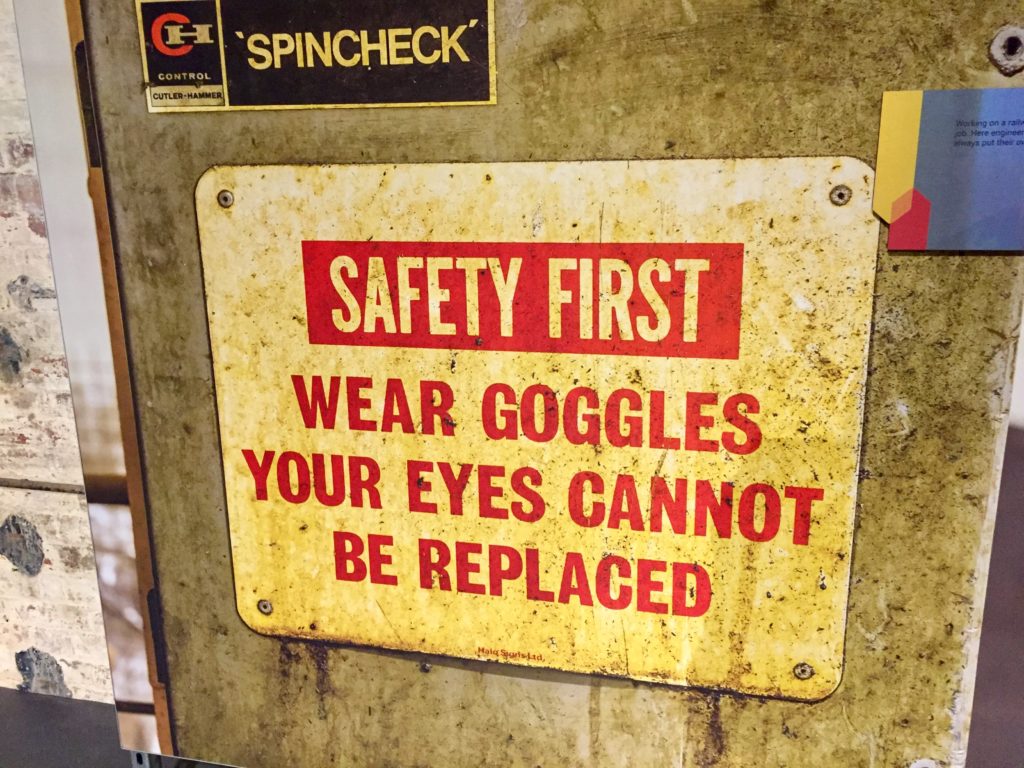 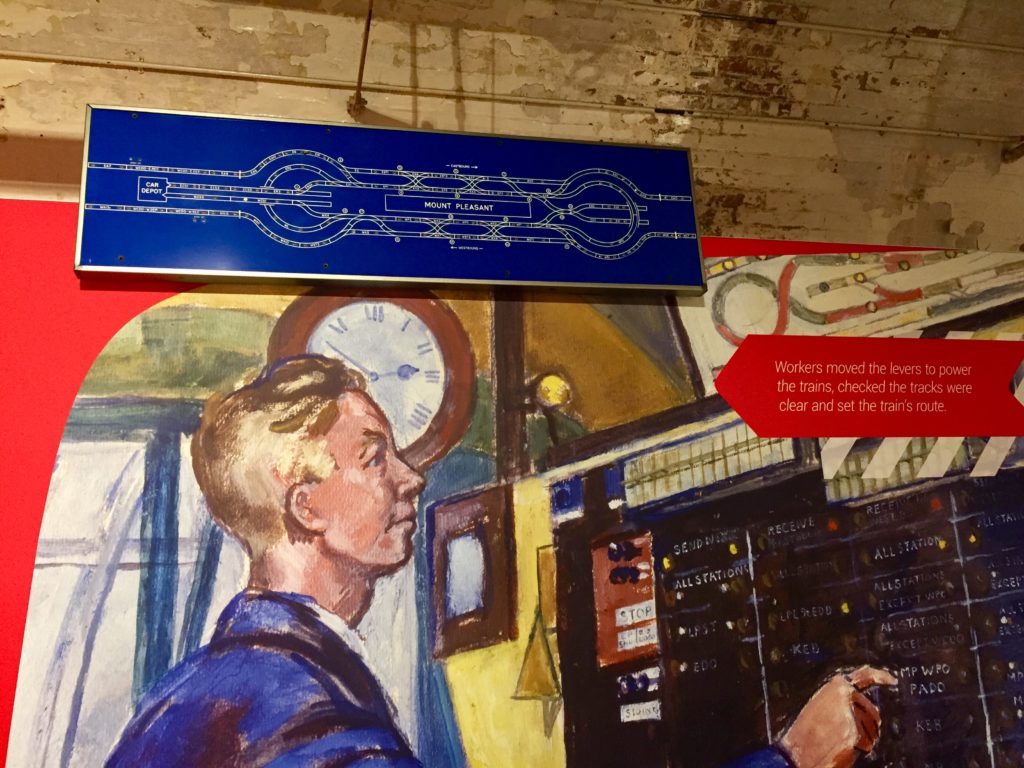 When the ride is over, there’s small exhibition to work your way through that displays some of the old stock and repair trains. It also has some fun games that illustrate why it’s a good thing you didn’t become a signal controller. 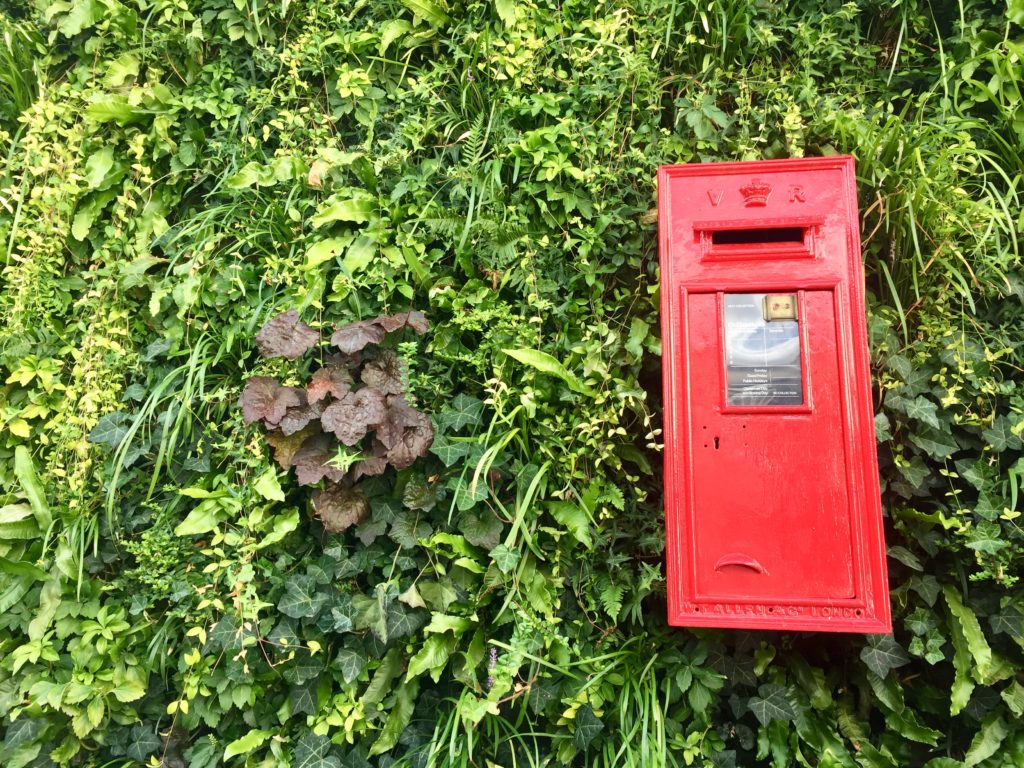 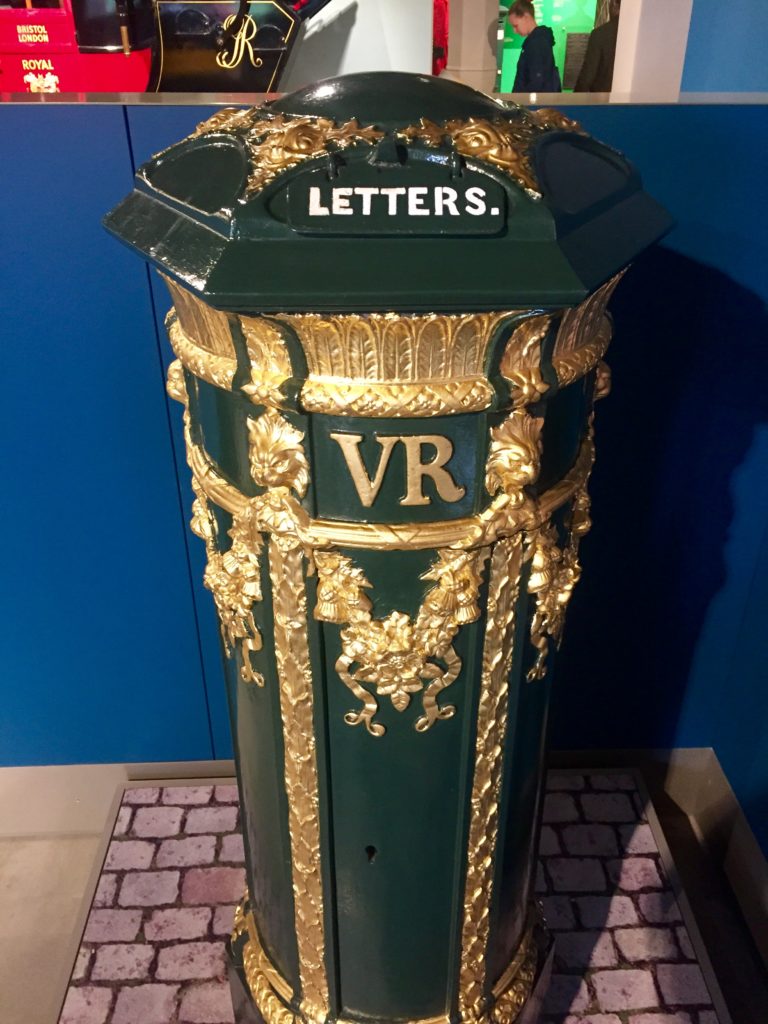 But don’t leave yet – across the street (and included in the Mail Rail ticket price) is the Postal Museum, which traces the history of Britain’s postal system and how much of a faff it was to get set up, and it’s a lot less dull than I’m making it sound right now. The Postal Museum is one of the few that covers just the right amount of stuff and isn’t overwhelming with how much material it throws at you. As a design dork, I particularly loved the Victorian-era post boxes (above) and the wall of vintage posters featuring long-gone reaches of the Empire. 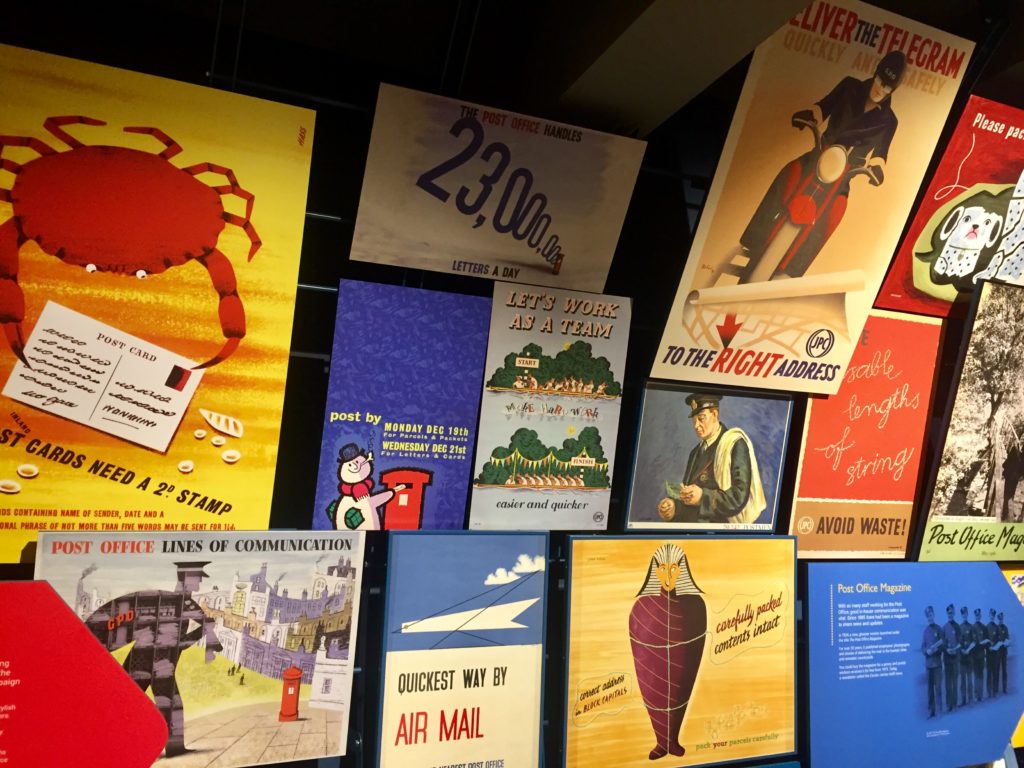 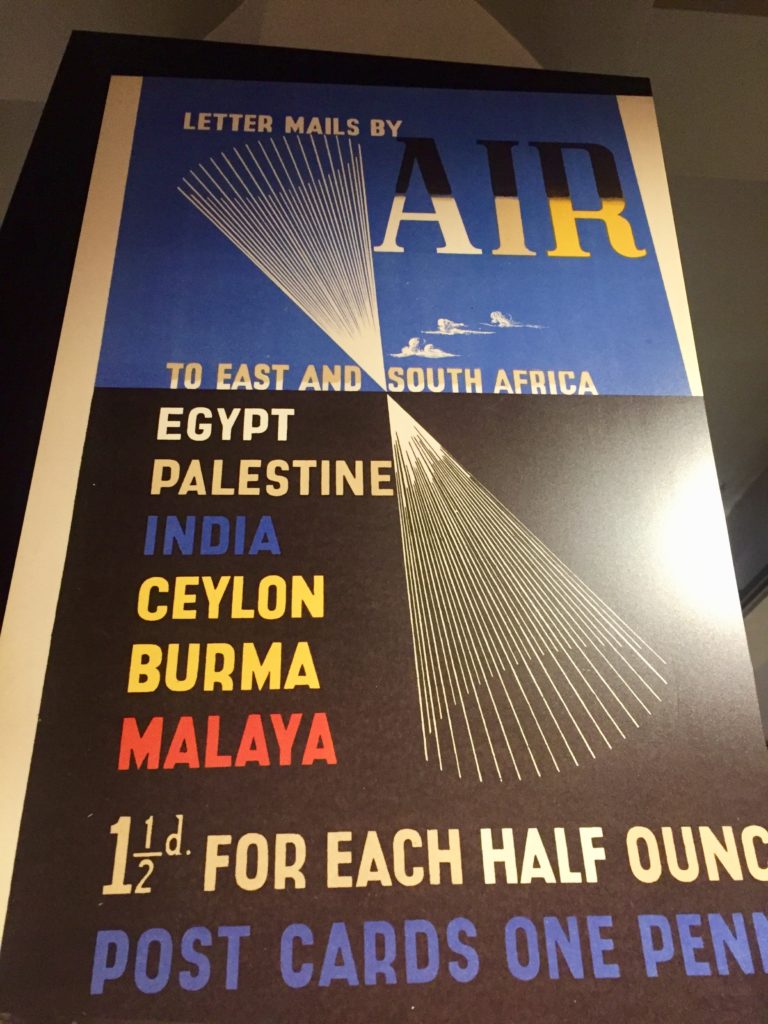 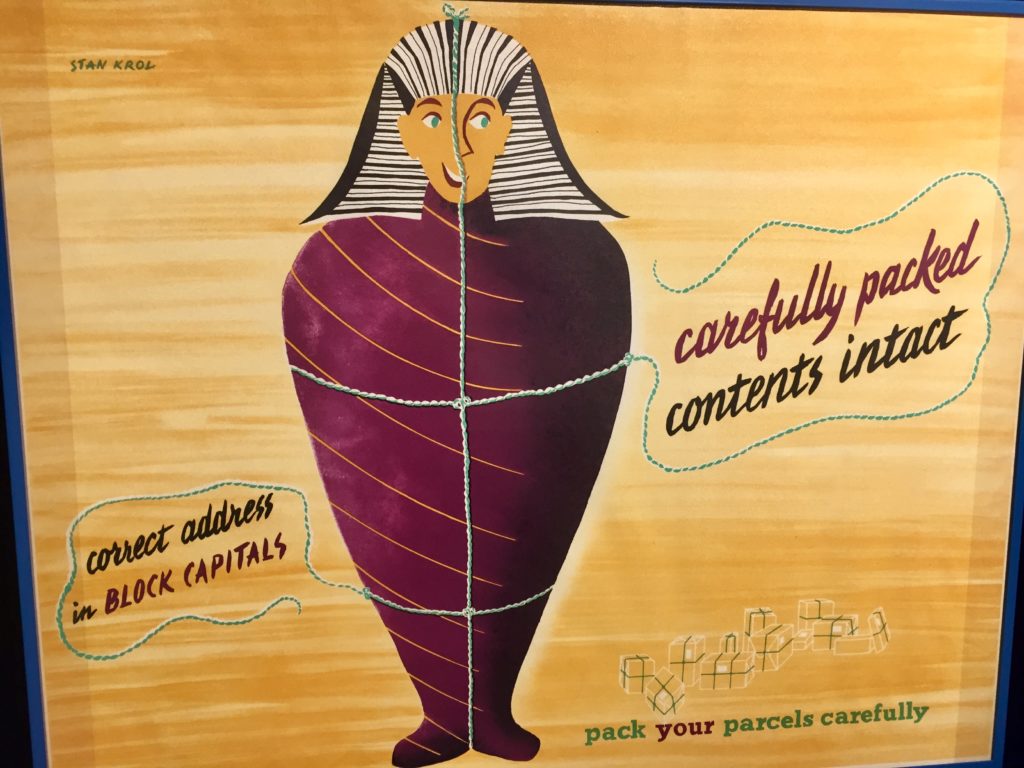 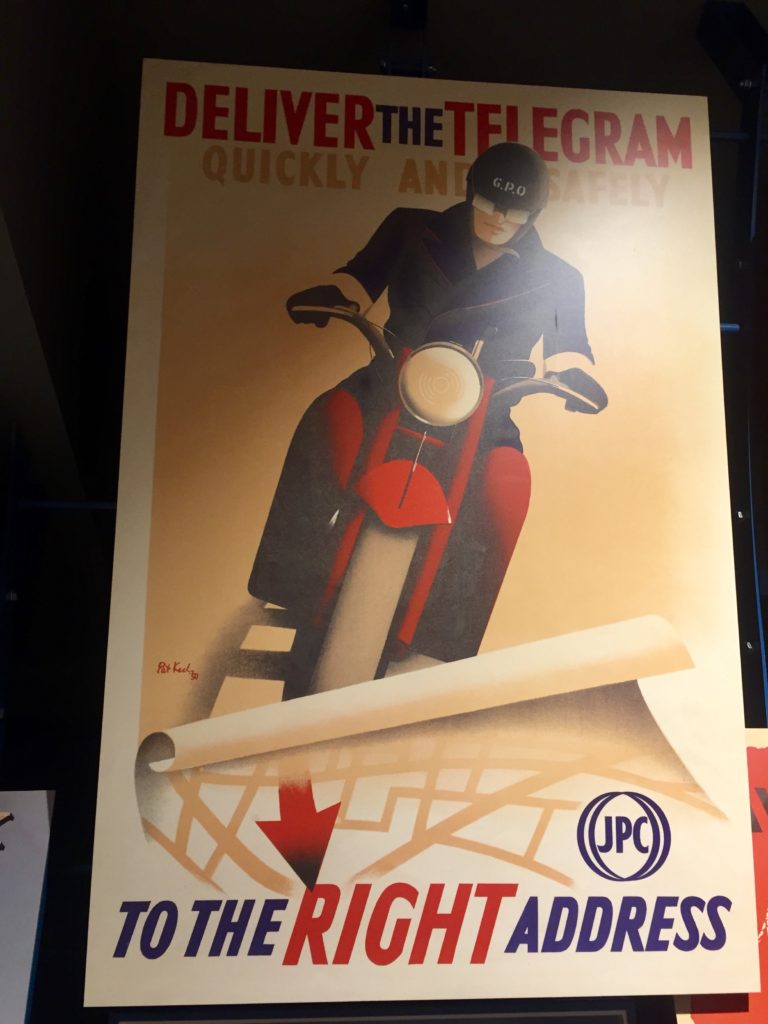 Is this the part where I admit that I actually got a little weepy at the temporary exhibition that features expat stories and how they keep in touch with their families? No? Good, moving swiftly on….

You’ll definitely want to take a break between riding Mail Rail and wandering through the Postal Museum. If you’re after something to nom on, the Postal Museum has a cafe, but you’d be a fool to be this close to the culinary delights of Exmouth Market and not go (it’s a five-minute walk). We had amazing tapas at Moro – blog post on that coming soon!

* this isn’t really Thing 94, but sometimes you have to take liberties with a book that’s increasingly becoming out of date and also makes silly suggestions (like #94: Learn How To Knit?! I’d probably accidentally draw blood doing that).