Can’t decide which of London’s Indian restaurants is the best? Try it all at Masala Zone in Covent Garden with the glorious thali, a platter of curry surprises and, of course, a poppadom.

On Saturday, I took (and passed!) my Life in the UK test. All non-EU foreigners who want to make the UK their home must answer questions about which countries actually make up the UK to prove they love it here as much as they say they do.

But one of the most fundamental parts of British life seemed to escape my government-mandated multiple-choice quiz: the omnipresent curry house.

Before entering this country, I had never tried mango chutney, let alone even heard of it. Despite me being a huge fan of all other eastern Asian cuisine, the Indian restaurants I tried across the pond never really intrigued me. I never knew what to order — there was too much choice.

And choice isn’t always a good thing: At an Indian restaurant in Arizona a few years ago, the British Other Half almost walked out when the waiter routinely asked him how spicy he wanted his vindaloo.

(If you don’t understand the issue there, let’s just say that you wouldn’t pass my version of the Life in the UK test.) 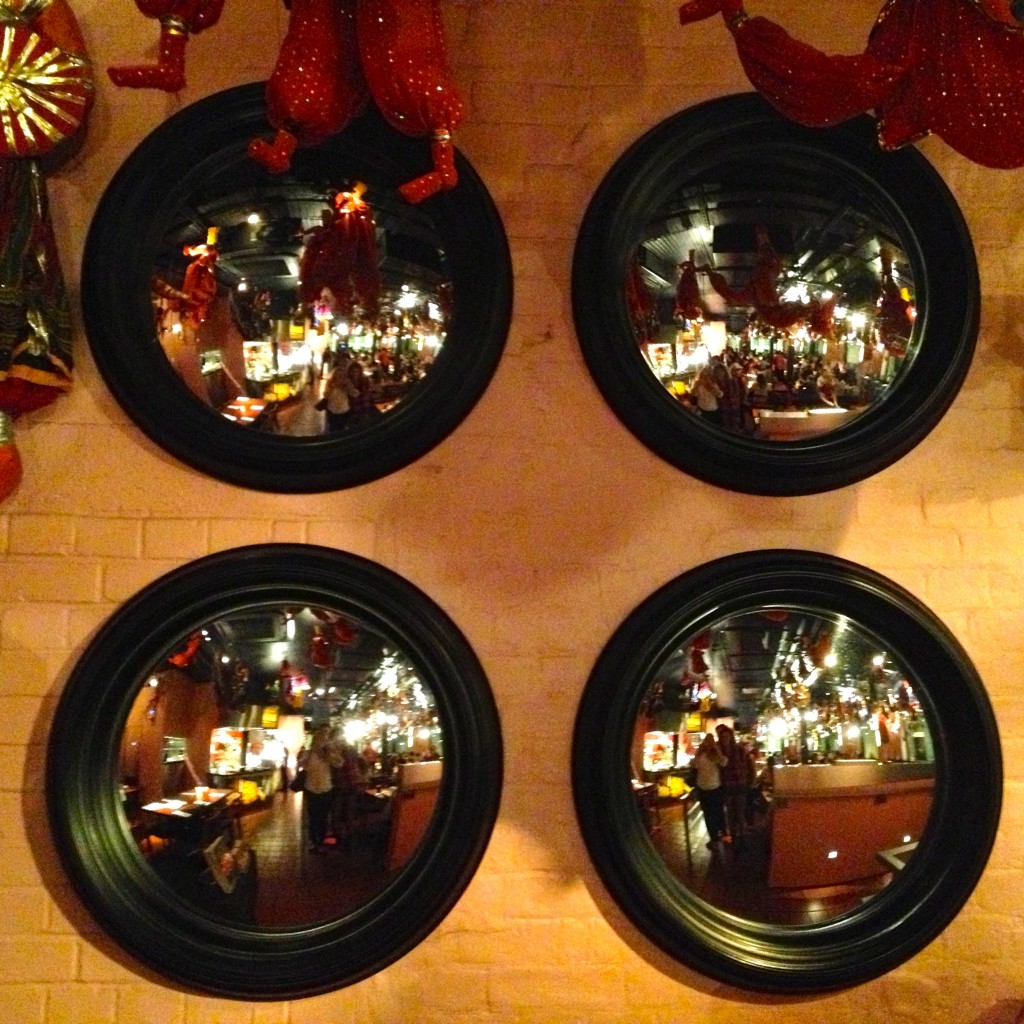 London probably has more curry houses than there are grains of sand in India, but rubbing your belly after a damn good curry is still like finding a diamond in the rough. After a while, you get tired of haggling outside some dodgy place in Brick Lane for an extra poppadom and a free bottle of crappy wine.

And that’s when you get lucky and try this instead.

We stopped by the Masala Zone in Covent Garden, under the watchful eye of the procession of puppets dangling above our heads. I ordered a delightful thali, a gorgeous platter that must be the bento box of the Indian world. The thali has two meat dishes, two veggie dishes, rice and a poppadom. The curries included in the thali change often, so they aren’t listed on the menu, and you probably won’t get the same thing twice. It’s the perfect surprise for tastebuds that think they’ve done Indian food already. 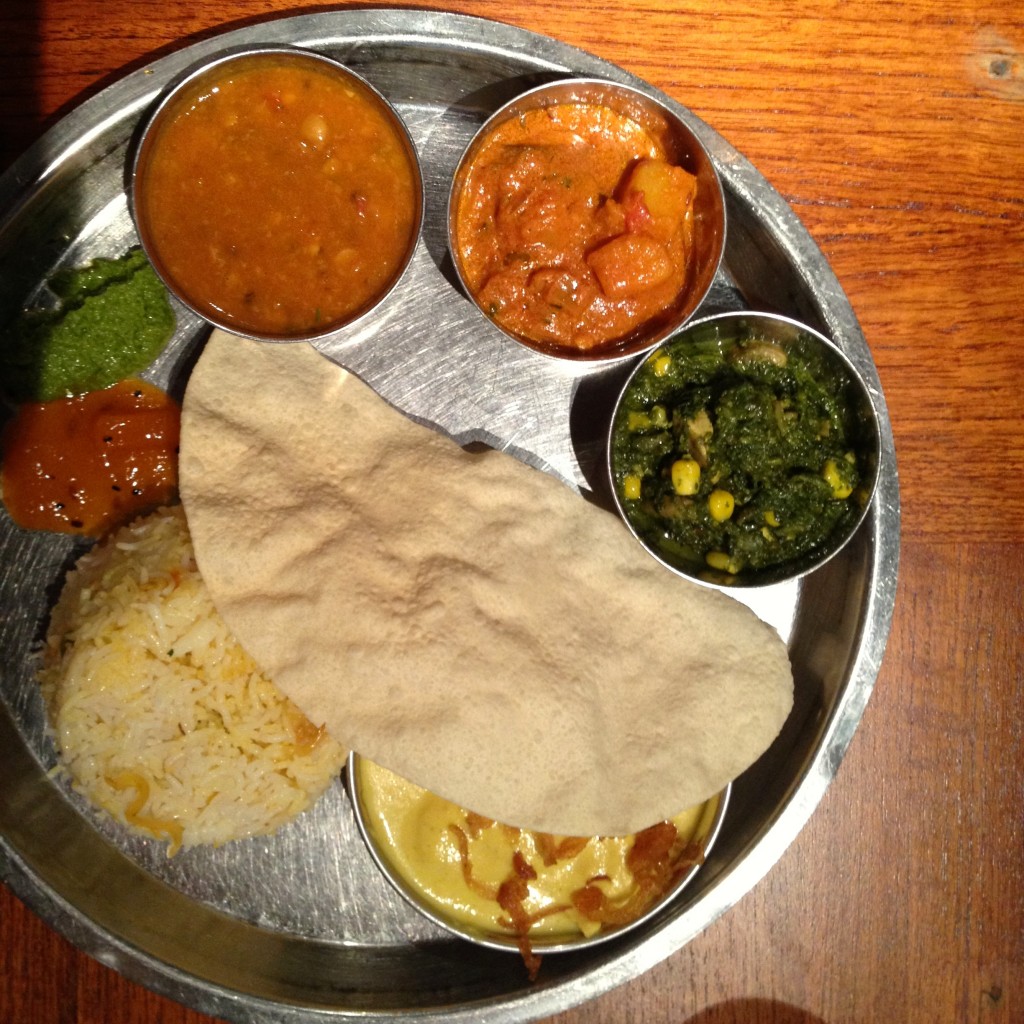 Who knows what I’ll get next time…

* Masala Zone was listed as part of Time Out’s 1000 Things to Do in London as ‘places to eat out with kids’. Hm. I took my kid sister and her bestie along, so we’re going to say that counts enough to mark this one off the list.