I do a lot more things in London (and further afield!) than I write about on this blog, but I never get around to writing about them. Often it’s because I completely psych myself out when it comes to writing (that damn blinking cursor…) and mostly it’s because it’s hard to stretch every experience into the Google-recommended 300-word blog post.

So I’m introducing this new section called ‘best bits’, which will hopefully get me to share what I’ve done more often (and write those longer pesky posts of the Official™ London Things I have done sooner!).

Here’s November 2017 in review. I seem to have spent a lot of time in the dark… 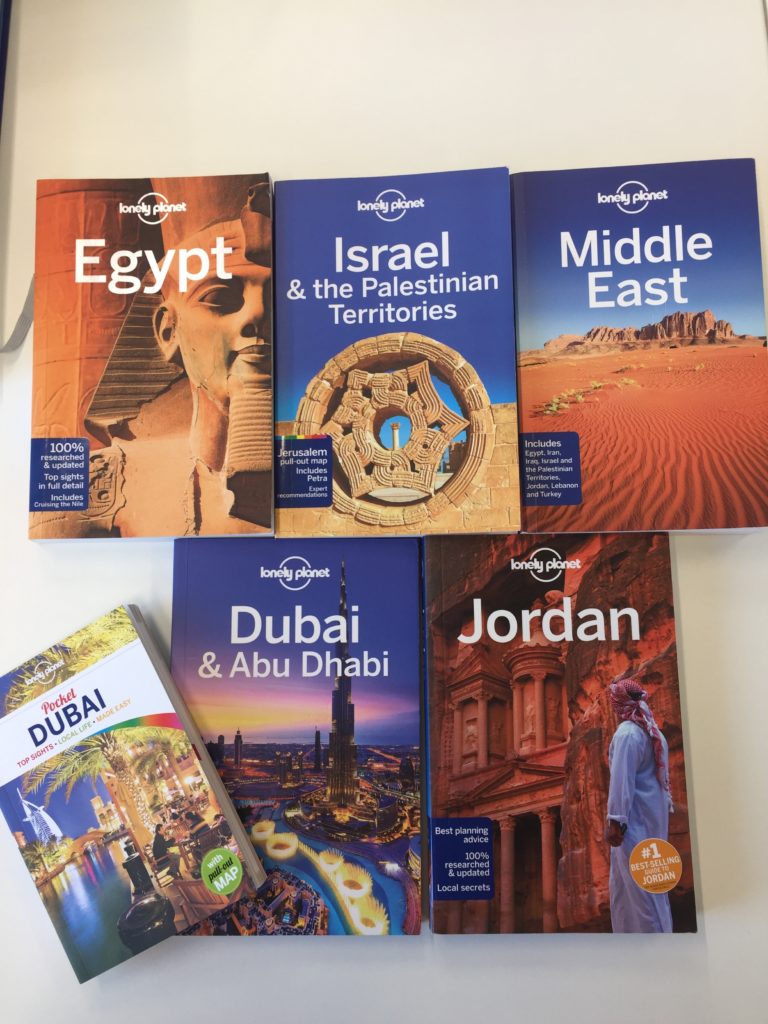 The end of October was my one of my prouder moments in the office: I delivered the updates for a handful of Lonely Planet’s Middle East guidebooks and oversaw the project from start to finish, which was a first for me. Of course, it helps to be surrounded by a seriously excellent team of passionate writers, meticulous assisting editors and encouraging fellow destination editors to coach you through the hard times. Look for the new covers on the shelves in mid to late 2018! 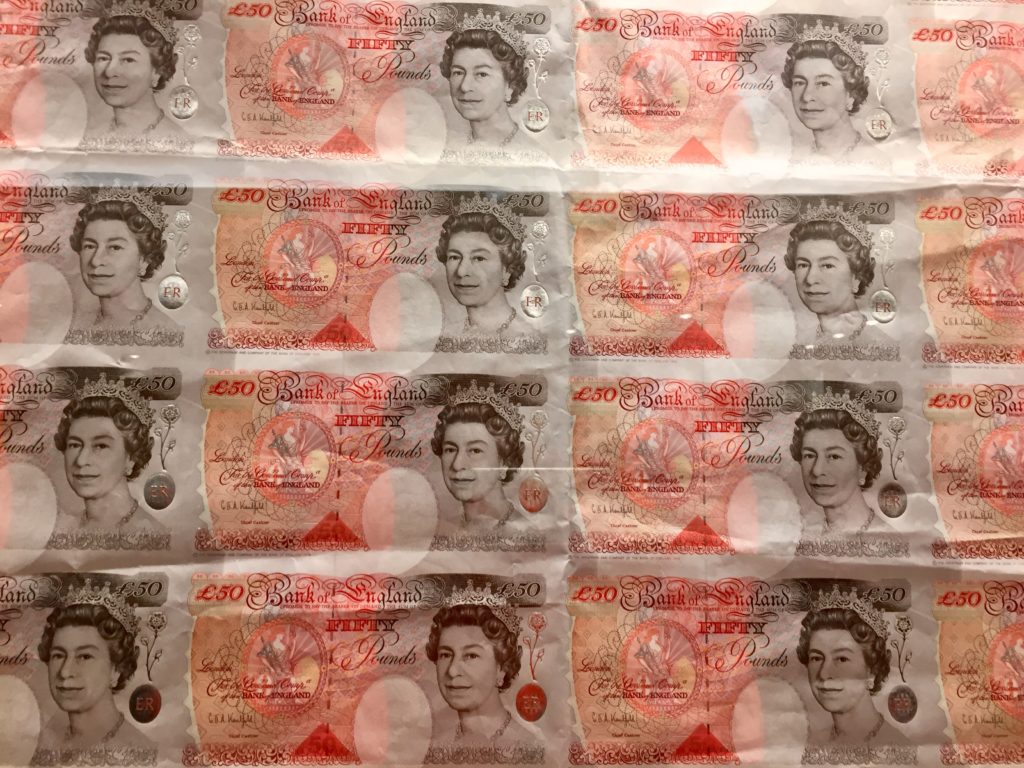 Usually only open 9-5 Monday to Friday (I suppose catering for tourists only?), this obscure but fascinating little museum in the City of London keeps the lights on after hours for Museums at Night. Hold a gold bar worth a few hundred thousand, try to figure out how British money worked before decimalisation and do your best to spot counterfeit notes. Read my full (and updated!) blog post here. 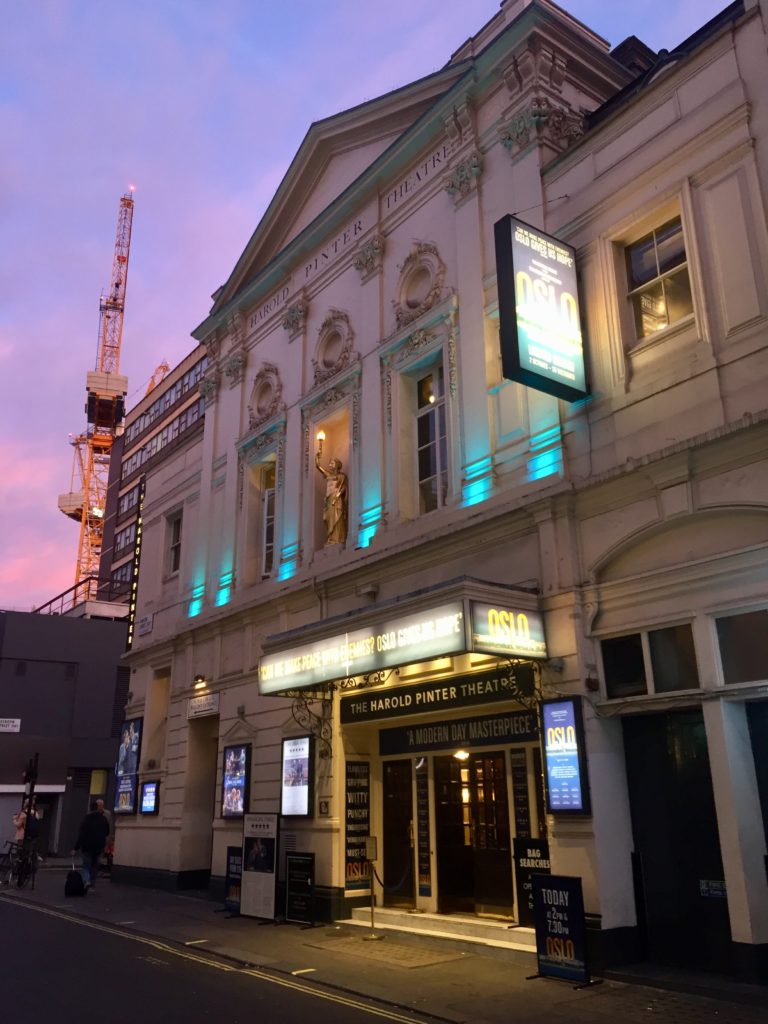 Oslo at the Harold Pinter Theatre

What better way to celebrate finishing up a Middle East update at work than by watching an Israel-Palestine peace negotiation fail on stage. Oslo is an absolutely brilliant production that nearly had me in tears by the end. The cast is fantastic, and the story spotlights all of the behind-the-scenes antics that nearly changed the world. Get tickets quick – it closes at the end of December. I found £25 advance tickets on TodayTix. 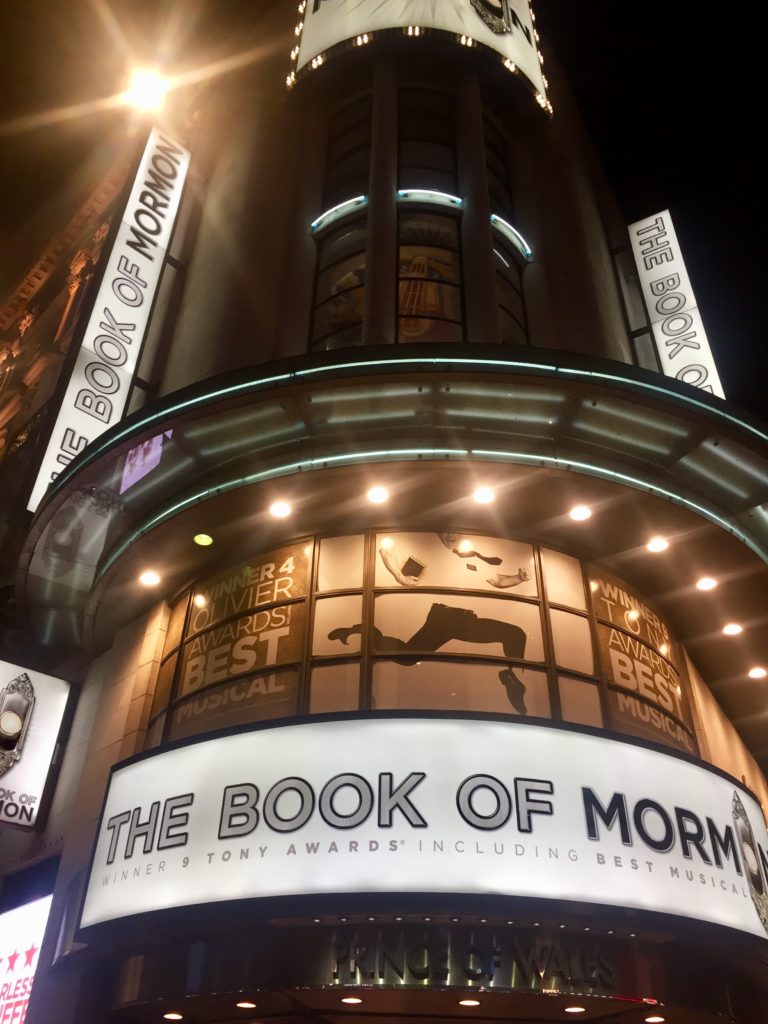 If Book of Mormon is playing anywhere near you and you haven’t seen it already (or even if you have), get yourself there. It’s side-splittingly hilarious. Warning: offensive songs will be stuck in your head for days. Time Out London has tickets from £20. 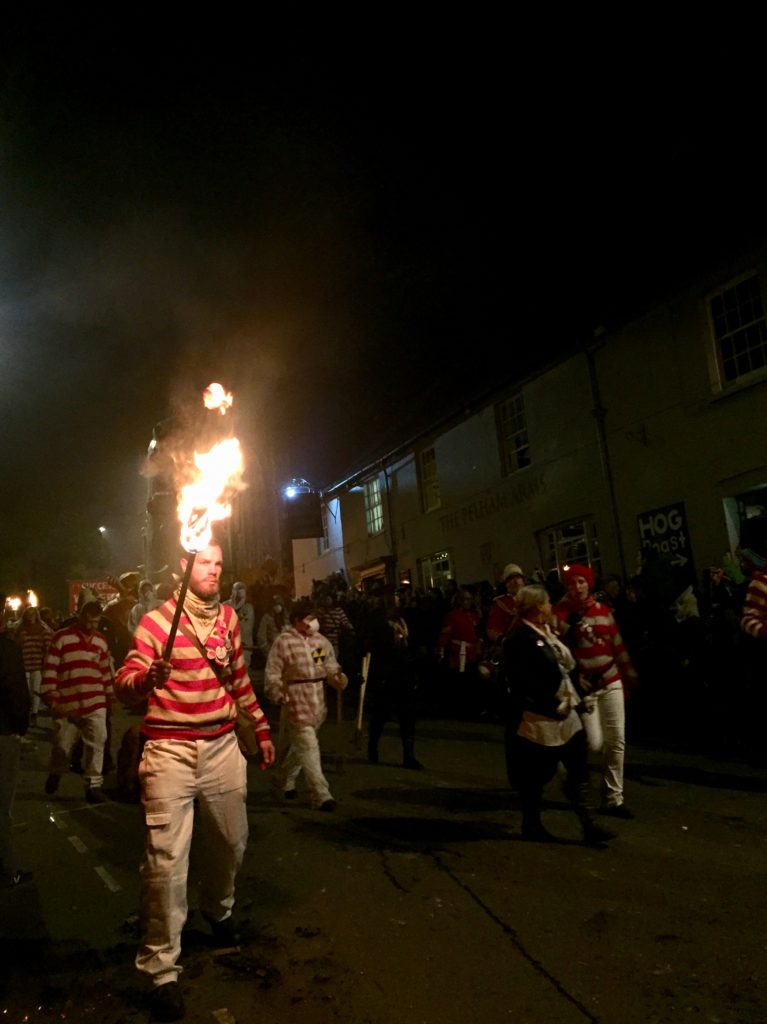 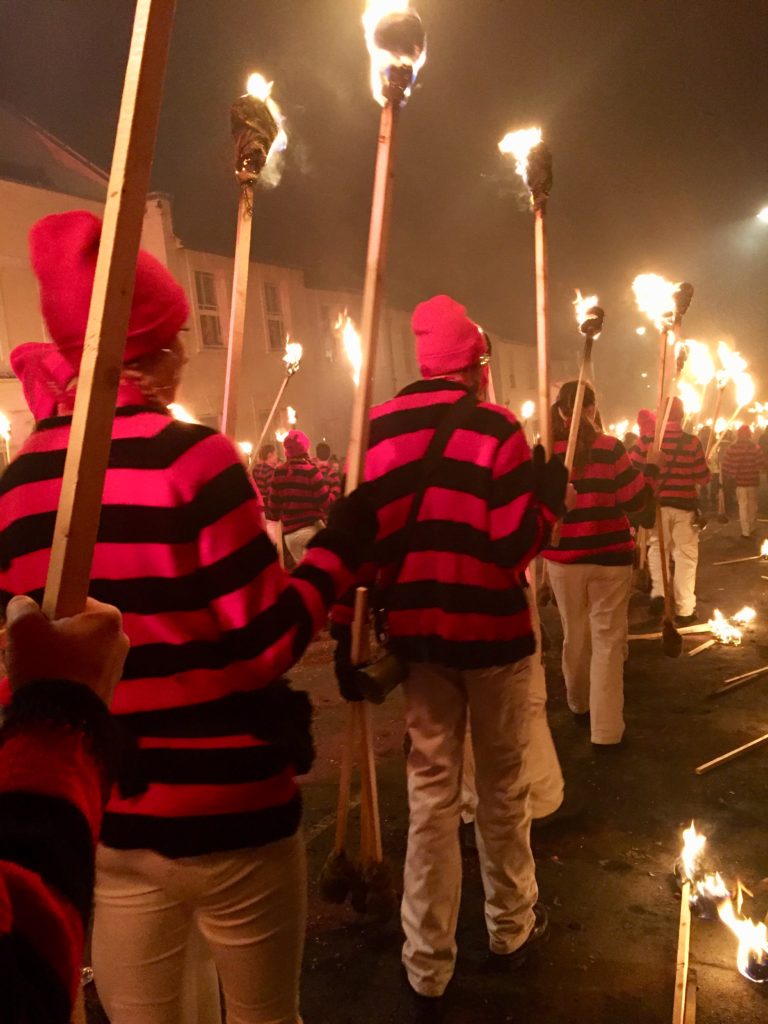 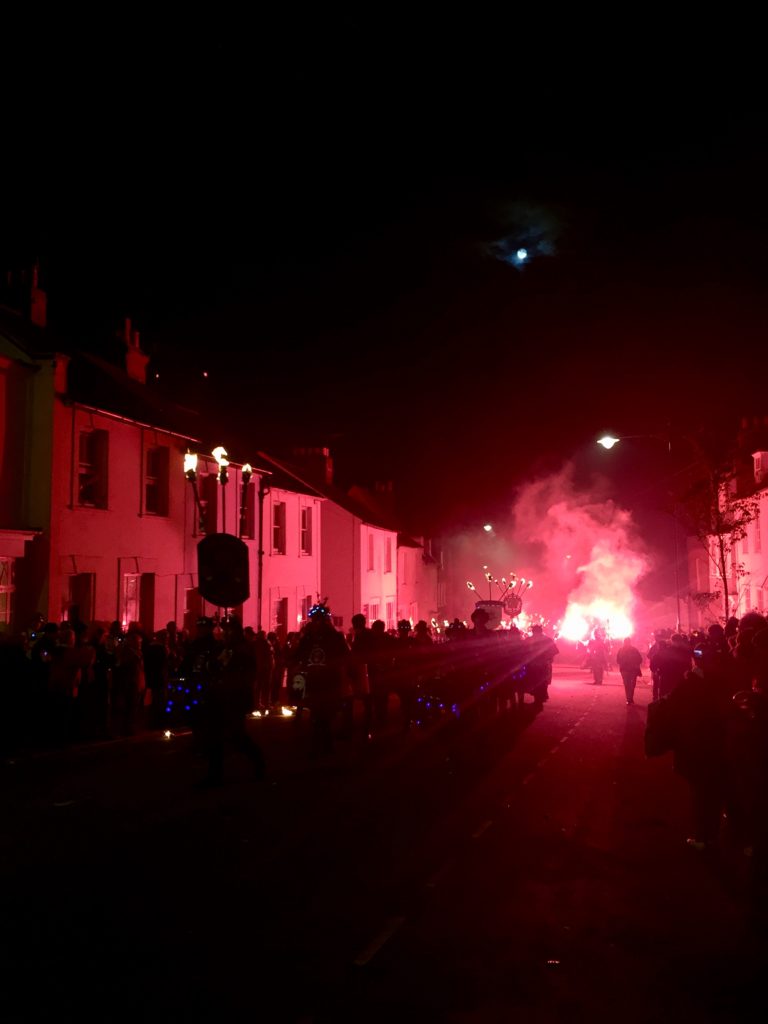 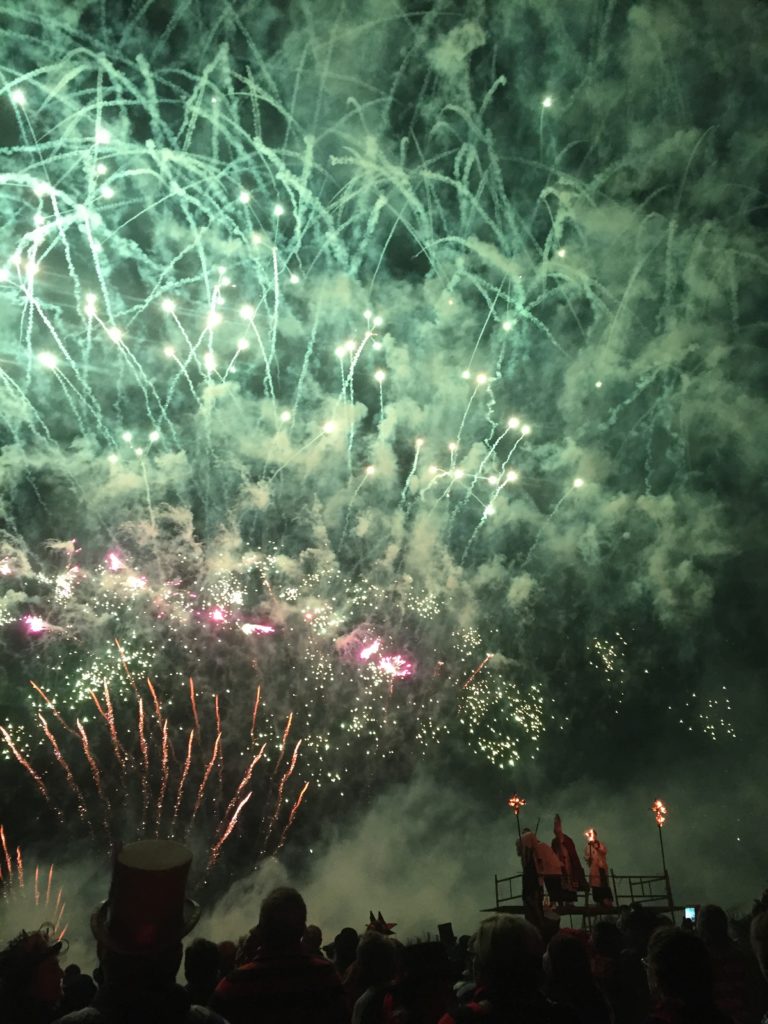 Every 5th of November, this little town becomes a full-blown riot. Ancient bonfire societies parade through town with effigies of the pope, Guy Fawkes and modern-day politicians (can you guess who made the most appearances this year?) and then split off to their bonfire sites to burn them. Once you celebrate Bonfire Night in Lewes, how can you go anywhere else? The atmosphere is electric. 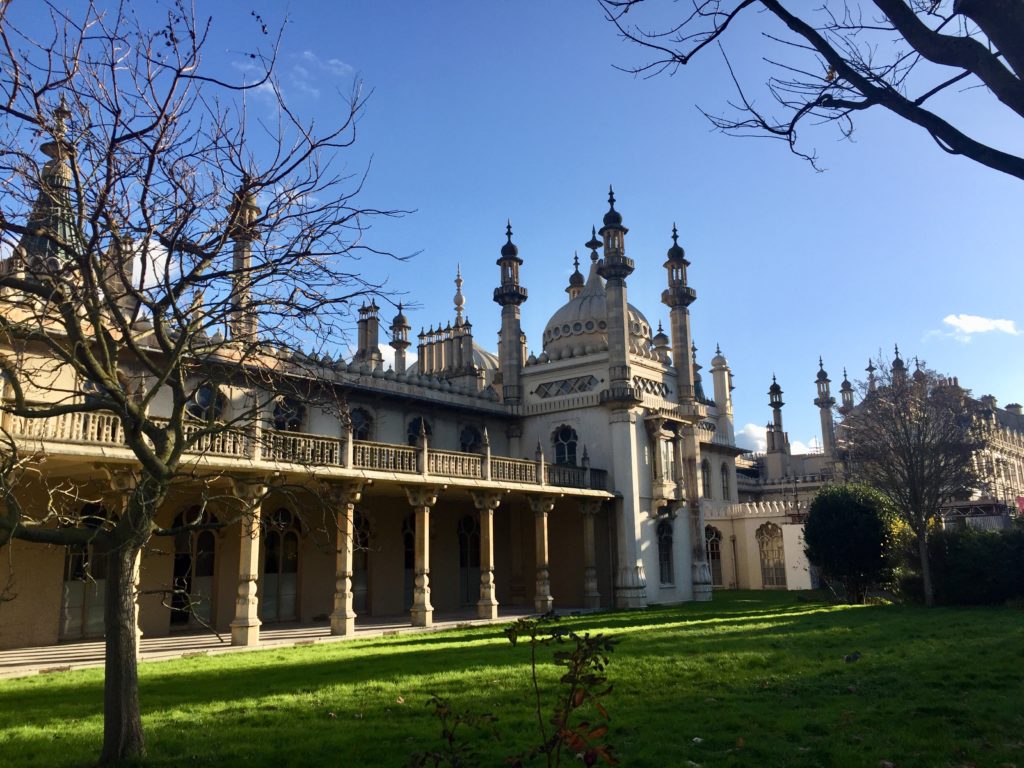 If you have any interest in architecture or art, pry yourself away from Brighton’s pubs and take a gander at the Royal Pavilion, easily one of the most beautiful buildings in the entire country. The sumptuous Music Room is out of this world, and you’ll audibly gasp when you enter the Banqueting Room. No photos are allowed inside, which is a shame, but it means you won’t be clotheslined by a selfie stick. Get 2 for 1 entry with your train ticket here. 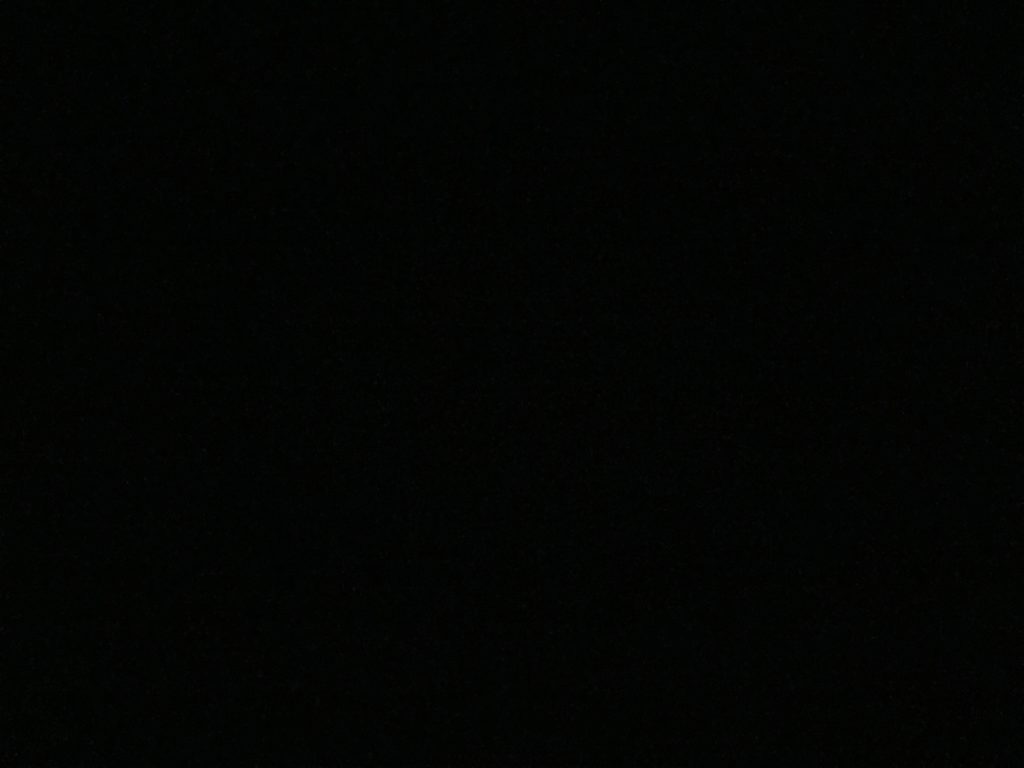 Dine in the dark at Dans Le Noir

Want to eat a Michelin-star-style meal with your fingers without being kicked out of civilised society? Do it in the pitch black! Dans Le Noir is an unforgettable experience and really helps shine a light on (sorry…) what it feels like to be visually impaired, as the servers are here. Click to read my full blog post. 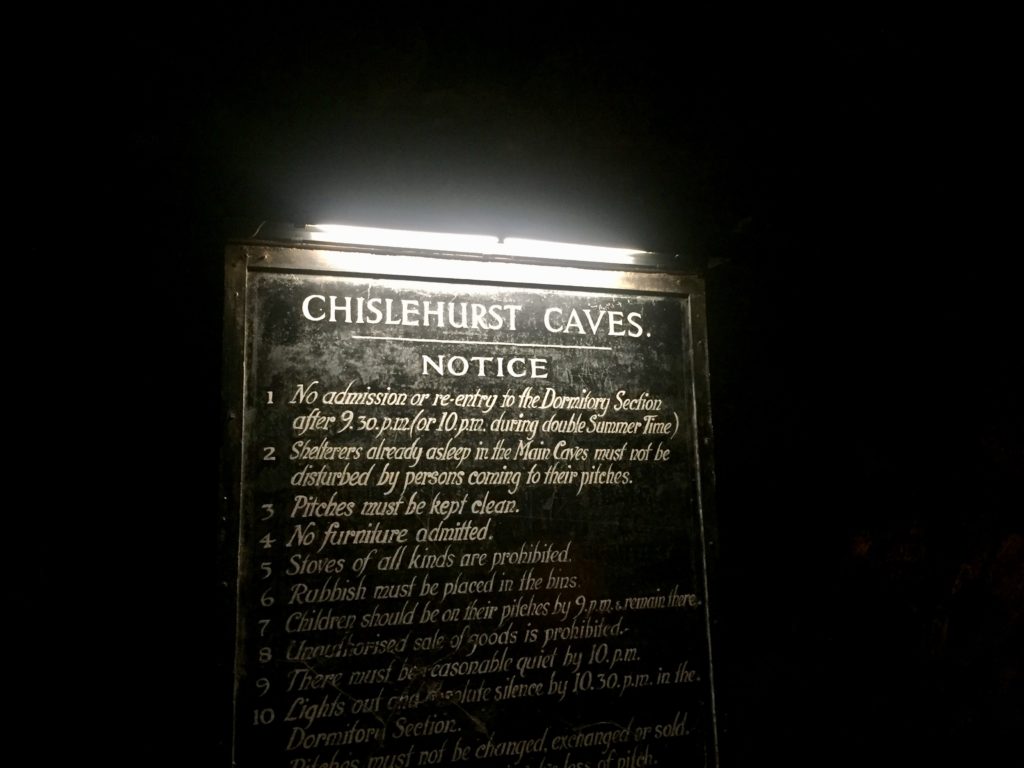 A day after eating in the dark, we decided to head underground to London’s largest air raid shelter that housed 15,000 people during World War II and later became a rock music venue with some pretty famous names attached to it, though its origins go back much further. Great tour guides and worth the short trip out of central London. Read my full blog post here. 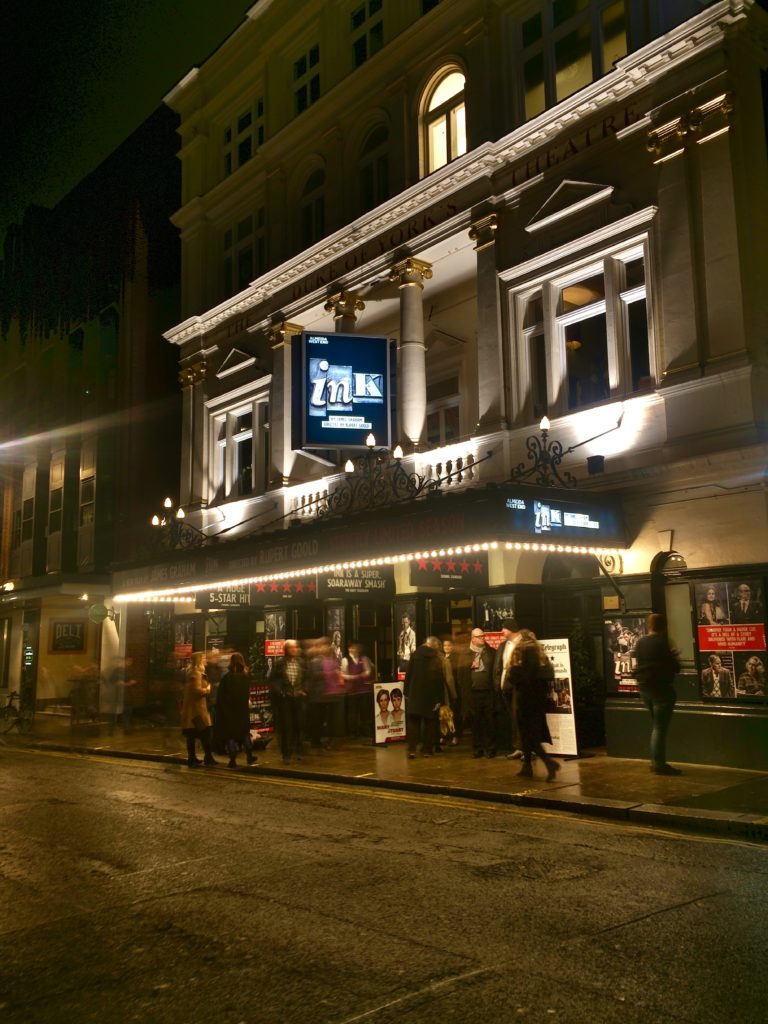 Ink and the rise of the Sun

That’s right – a play about journalism! Be still my heart. Even for the non-journos, Ink is a great show about the beginnings of the Sun, the tabloid newspaper acquired and transformed by Rupert Murdoch, and the state of Fleet Street in the 1960s. Bertie Carvel, who plays Murdoch, is phenomenal and has Murdoch’s jittery, awkward characteristics down to a T. There might still be some £20 tickets on TodayTix. 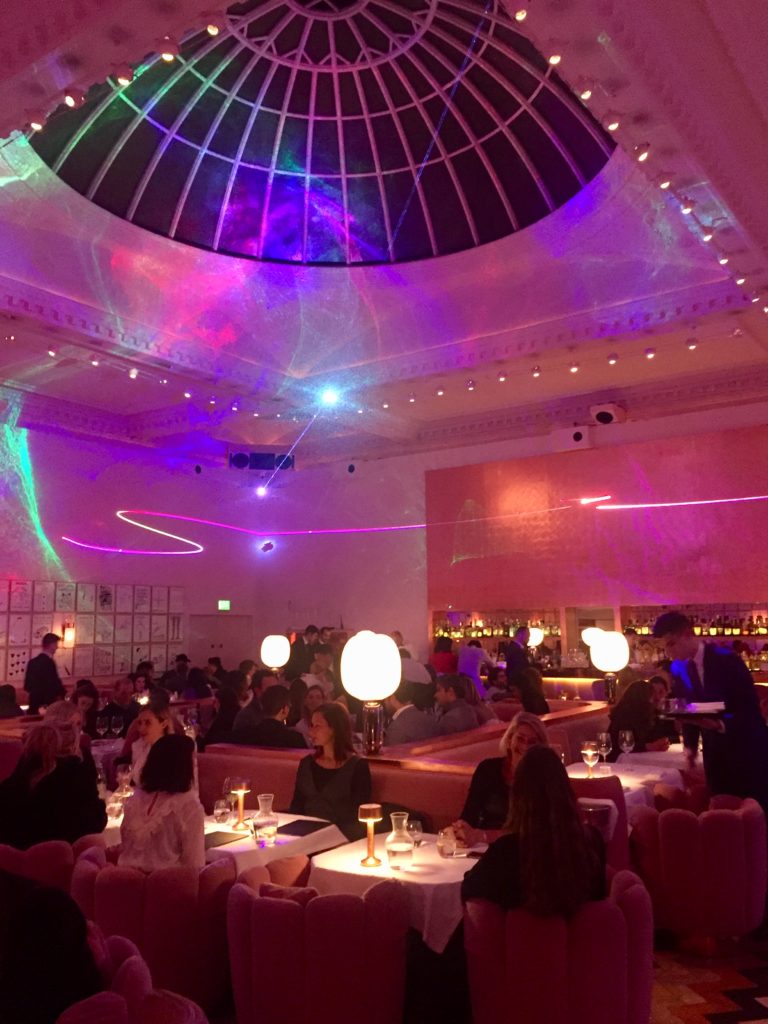 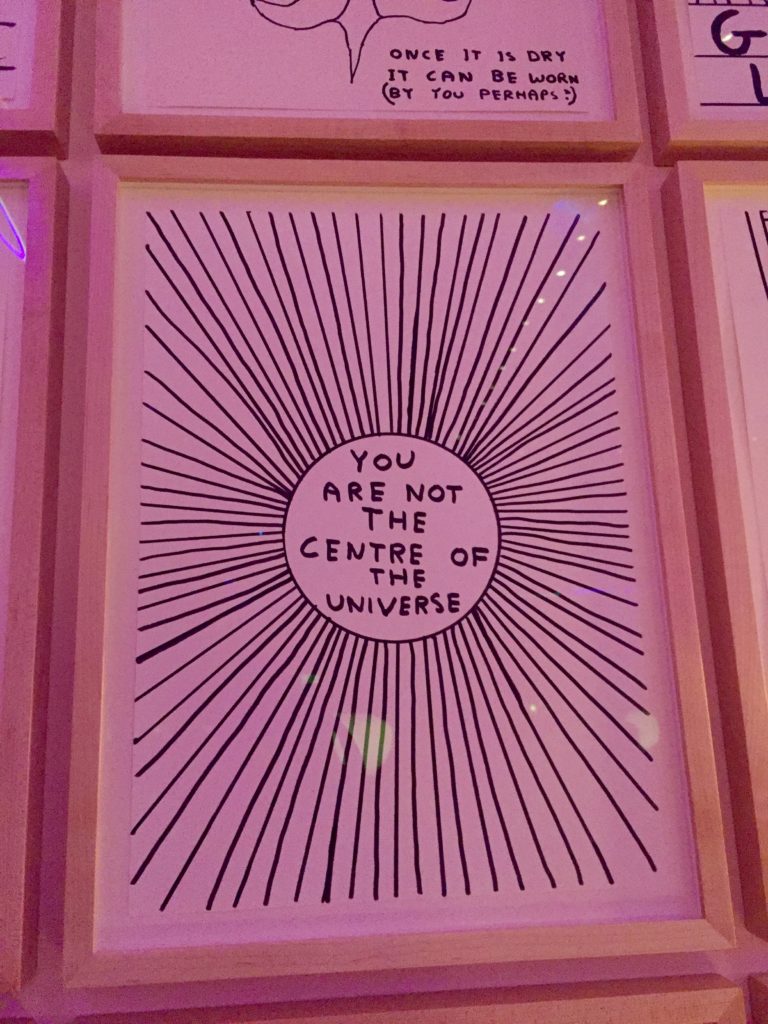 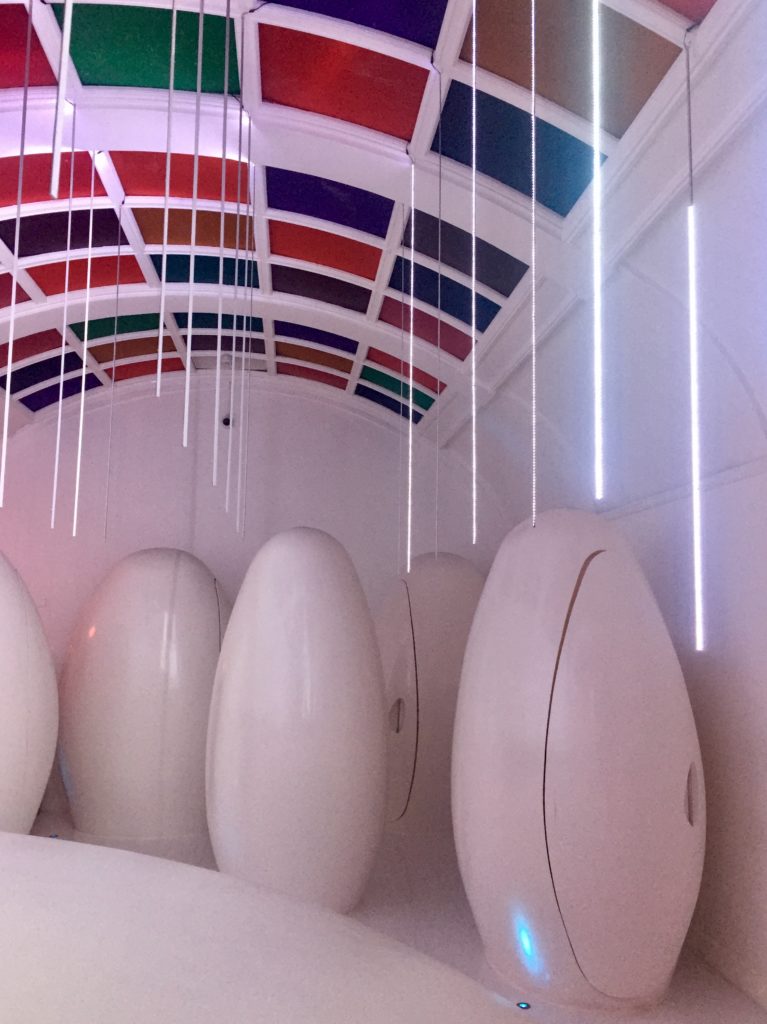 The Gallery at Sketch

Dinner at Sketch is such a treat. Designed by artist David Shrigley, the dining room (aptly called the Gallery) is something of a mix between a museum and a nightclub, where the food is as immaculately designed as the space around you. It might also be one of the only places in the world where you should take a selfie in the toilet. Sketch is one of my favourite restaurants in London, but make sure your bank balance is healthy before you book a table. Full blog post coming soon. 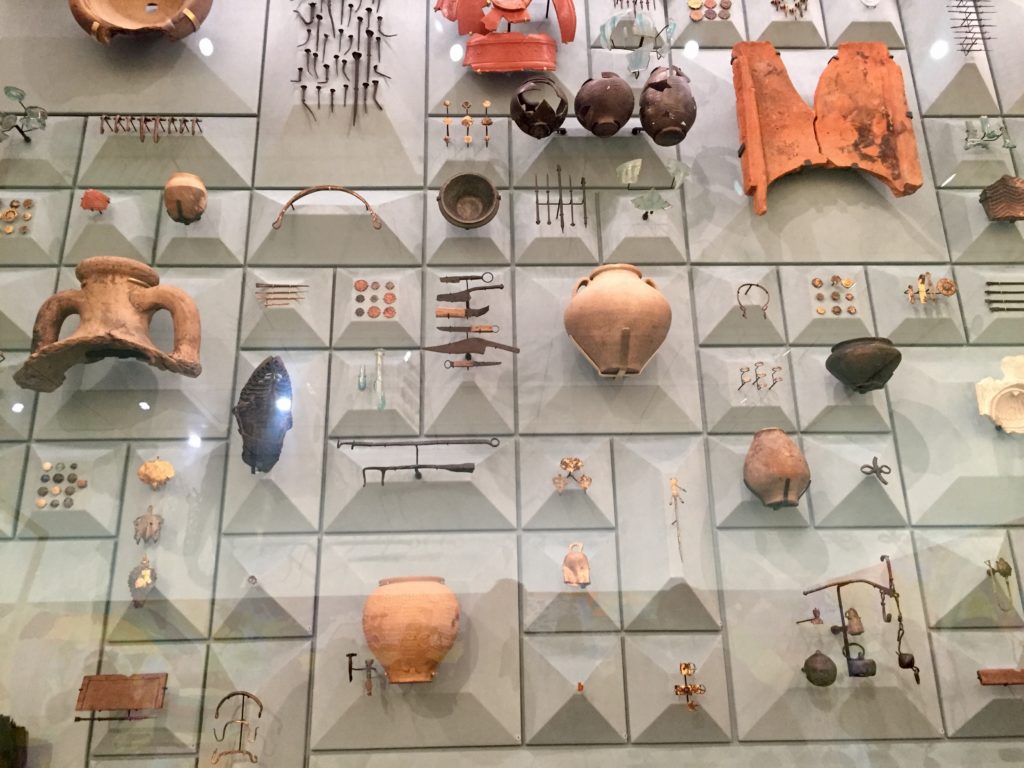 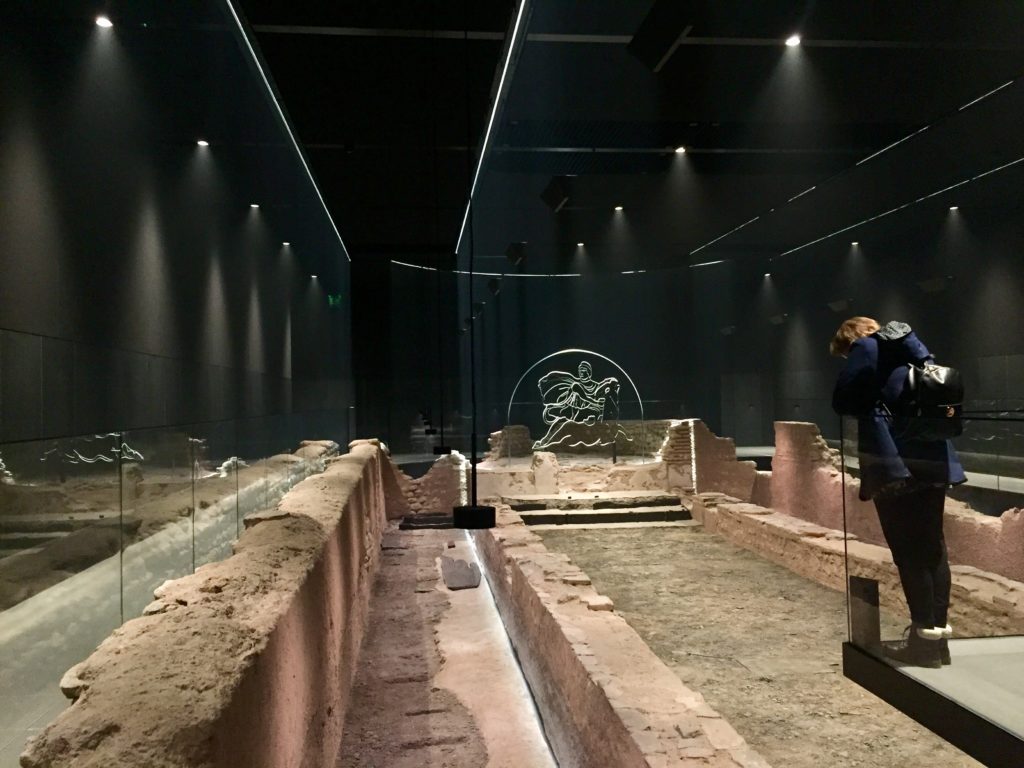 Roman Londinium was a flourishing city in the early centuries AD, and it is mind-boggling how many nearly perfectly preserved artefacts are still found nearly 2000 years later.  A temple dedicated to Mithras, a Roman deity whose full story and cult following has been lost to the sands of time, was unearthed during building works in the 1950s and put on public display 100 metres away from the original location so construction could continue. That structure has now been demolished, and the stones of the temple were moved back to their original location and given a grand homecoming. Full blog post coming soon. 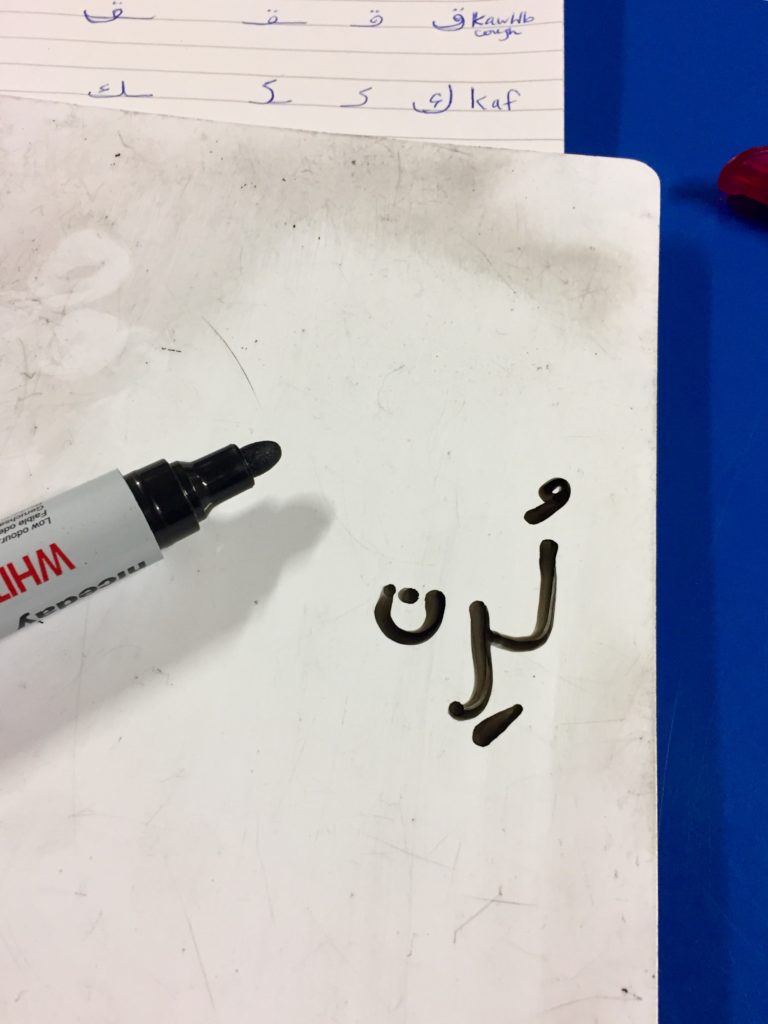 Arabic class is over … for now

A whopping 10 weeks ago, I started learning a new language, and my mind has been melting ever since. We spent nearly half the course just learning the letters and their sounds, so it felt pretty cool when we finally graduated to saying real words and learning how to write our names (like I did above). Our brains have a temporary break over Christmas, and then in early January, it’s back to it!