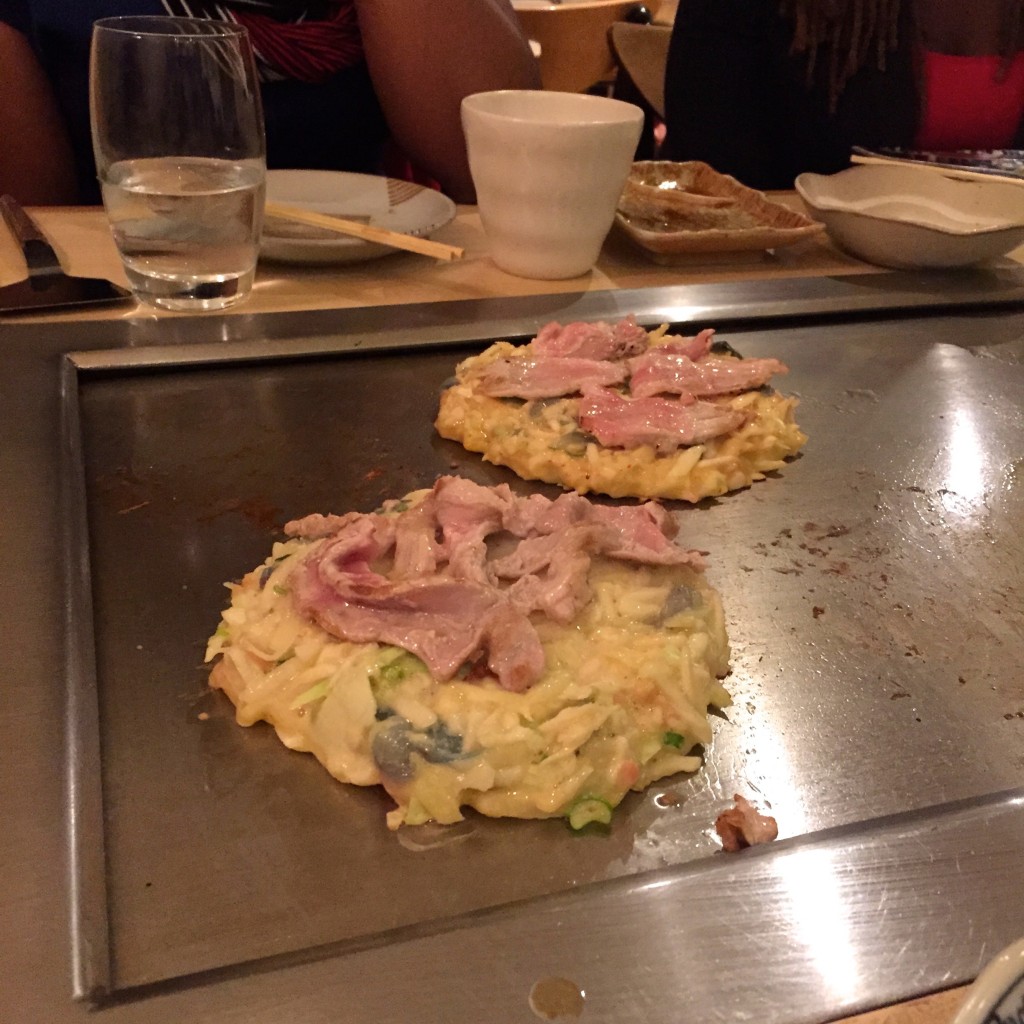 Japanese cuisine has been riding London’s trendy food wave, but because ramen is the focus, Abeno‘s okonomiyaki has gracefully slipped under the radar.

Dining in London is like rocking up to a buffet of the world with an empty plate. What’s to stop you from having hot pot and hamburgers in the same day, with hareeseh for dessert?

Even when you think you’ve ‘done’ a country’s cuisine, you’ll find that little place tucked away in plain sight serving something you’ve never even heard of before. 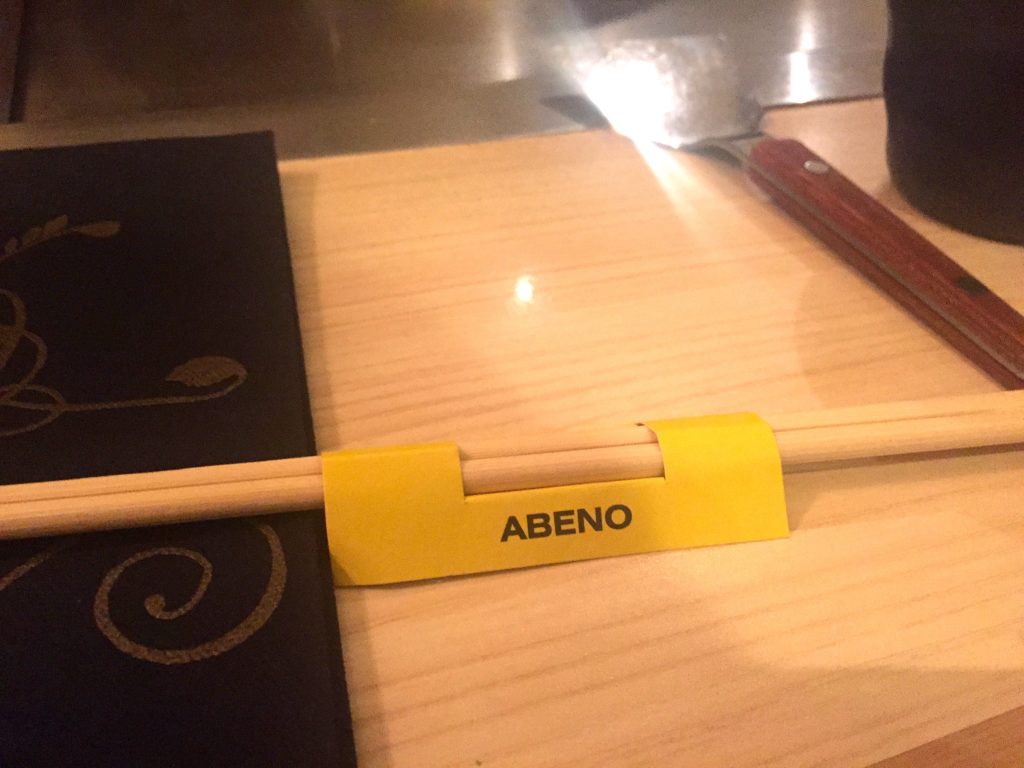 As an American, I would normally assume that something called ‘savoury pancakes’ means that you’ve added bacon but forgotten the maple syrup.

It was a fortunate cultural exchange for me to have dinner at Abeno, a delightful Japanese okonomiyaki house just steps away from the British Museum.

Never heard of okonomiyaki? Put down your ramen and chew on this: tempura-batter-soaked cabbage cakes mixed with spring onions and ginger, grilled at your table in front of your very eyes in a whizz-bang flash of dinner theatre.

The name okonomiyaki is a Japanese mashup of ‘what you like’ and ‘grilled’, so you have a choice of vegetables, meat, fish or all of the above.

Your bowl of ingredients is whipped together, carefully poured onto the hot teppan and shaped into a perfect circle. It sizzles away while you do your best to keep your greedy little fingers off dinner that’s just inches from your waiting plate.

Oiling up the hot plate in the middle of our table for another batch of #okonomiyaki, a savoury Japanese pancake made from cabbage and 'whatever you want grilled'. Or at least that's the literal translation. #London #travel #travelathome #lpinlondon #lonelyplanet #japanesefood #alwaystravelling #neverstopexploring #abeno #holborn #food #foodie #お好み焼き #lpfood #instapassport

In the seventh and final stage of okonomiyaki enlightenment (yes, really), your savoury pancake is topped off with a squeeze of mayonnaise, soy sauce and Worcestershire sauce and a dusting of fish flakes. 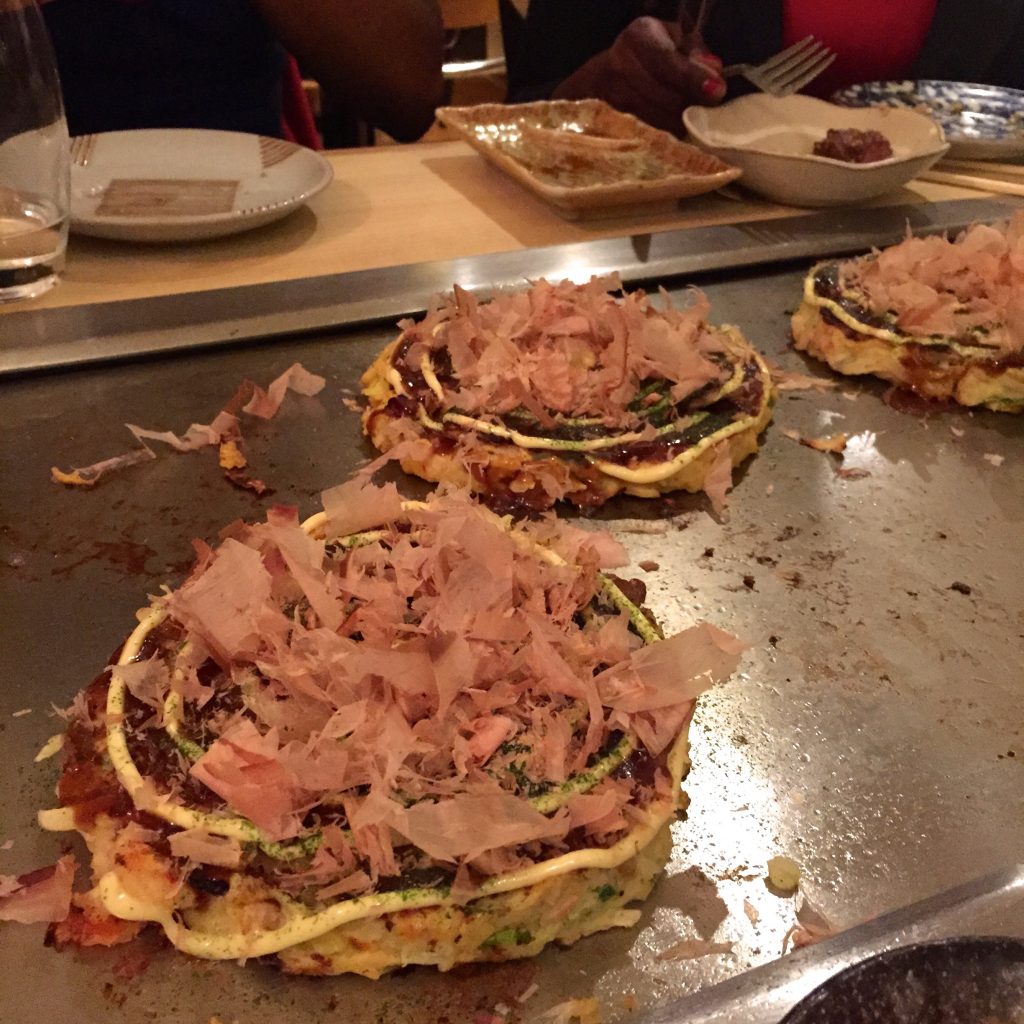 And voila. The result is a delicious, gorgeously decorated spiral of savoury flavour, a thick Japanese crepe of sorts.

The restaurant’s owners hail from Osaka and East Yorkshire, but Abeno’s menu goes local with a ‘London mix’ of pork, bacon, cheese and salmon or the uber-British Cottage Pie-yaki. But I’d advise you to stick with the traditional Japanese options of pork, kimchi, prawn and squid.

Because who’s to say you can’t have British pie and French crepes from the world buffet later?