A tradition since 1864, the Peter Pan Cup at the Serpentine in Hyde Park is the (only?) thing to do in London on Christmas Day. 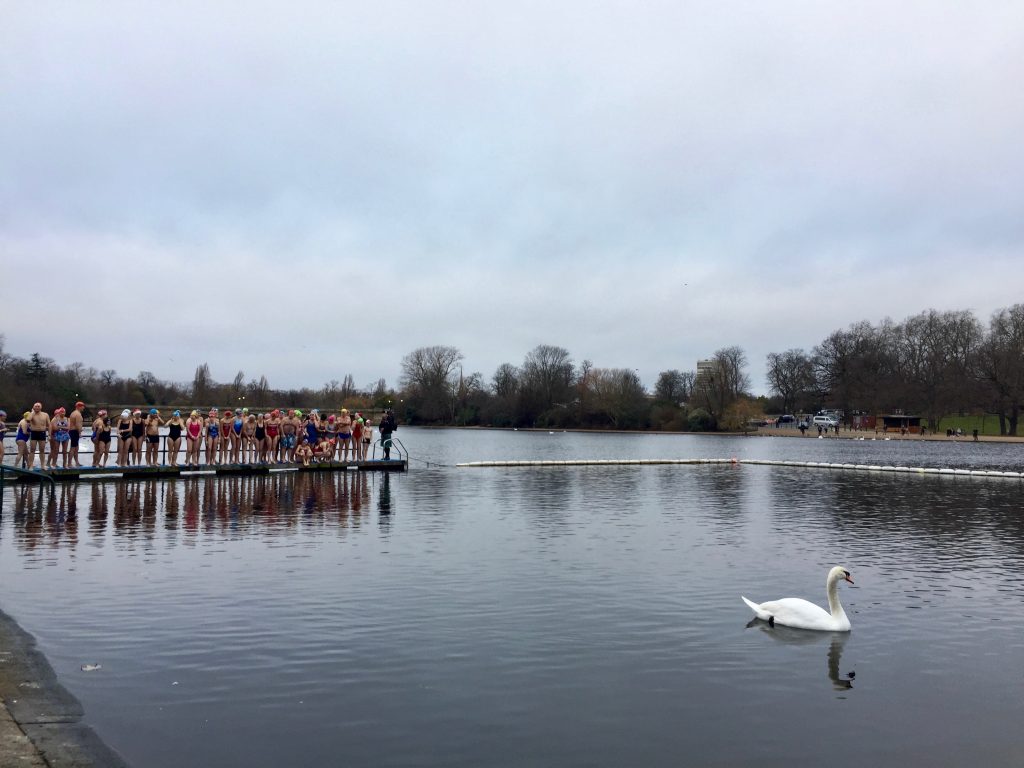 I’ve been waiting about five years for these five minutes. Being in London on Christmas morning always seemed like such a double-edged sword: so depressing yet so invigorating. What would it feel like to be one of the few people left in one of the world’s biggest cities?

Maybe it’s just the crazy people who decide to stay behind.

Turns out that this city of 8 and a bit million doesn’t fully empty out, and even on Christmas Day, a decent-size crowd gathered around the southern stretch of the Serpentine to watch said crazy people swim in frigid water.

The 100-yard Peter Pan Cup is named after author JM Barrie, who donated the prize in 1904. More than 100 years later, it appears that there are more cups of mulled wine than trophies for the winners, but everyone was in good spirits, if a little nervous to jump in. 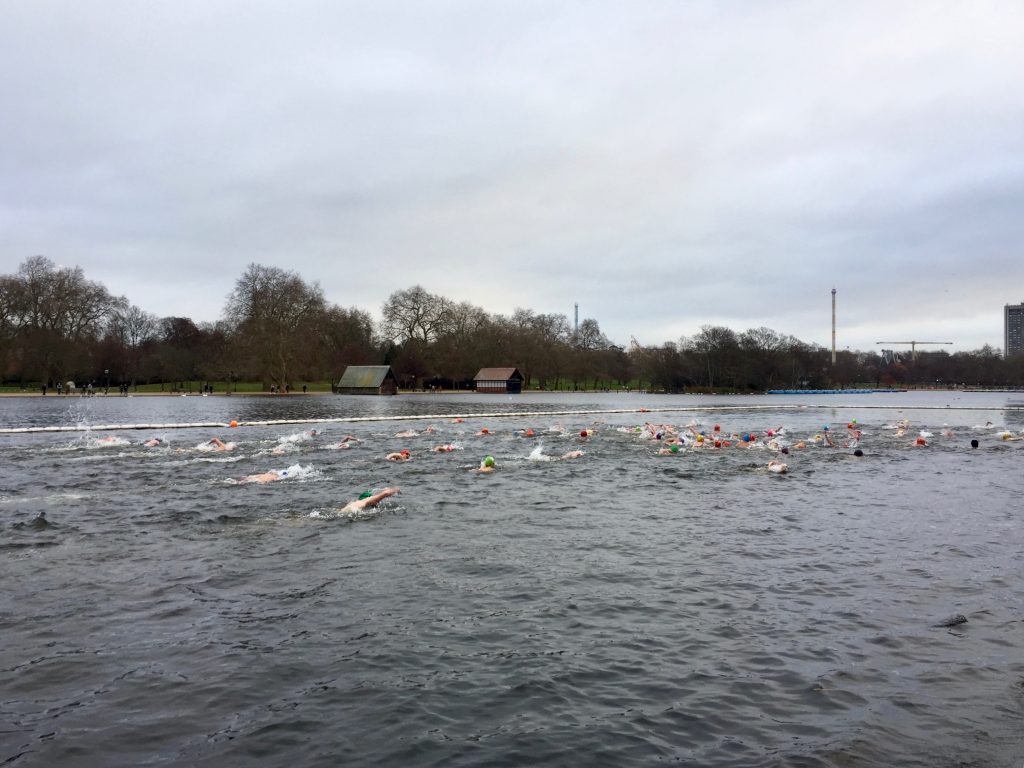 I forgot my thermometer on the day, but organisers say that the water temperature hovers around 4 degrees, which might be enough to make you run screaming for your duvet. Only members of the Serpentine Swimming Club can join in the Peter Pan Cup, and once you see the trepidation on their faces before they jump in, you’ll be glad that you decided to stay bundled up on the sidelines. 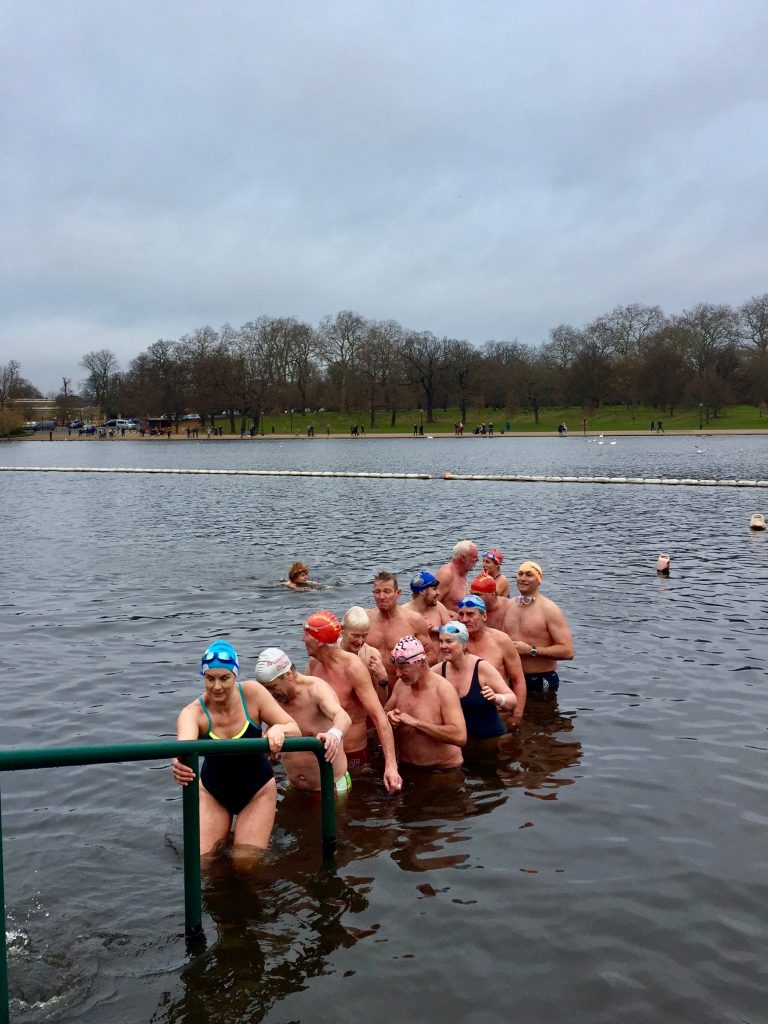 After a few minutes of splashing and cheering, the brave get out of the water, and the crowd disperses back into that crazy quiet of a London Christmas.

What should I bring?

A flask of mulled wine and a heavy coat. Don’t forget your Boris bike key because there’s no public transportation!

The race starts at 9am, so get there a little earlier for a good spot on the front line.  The race starts on the south side of the Serpentine, near the Lido Café.

Nada. It’s Christmas! Though it is kinda fun to do yoga poses in the middle of a relatively empty Oxford Street.