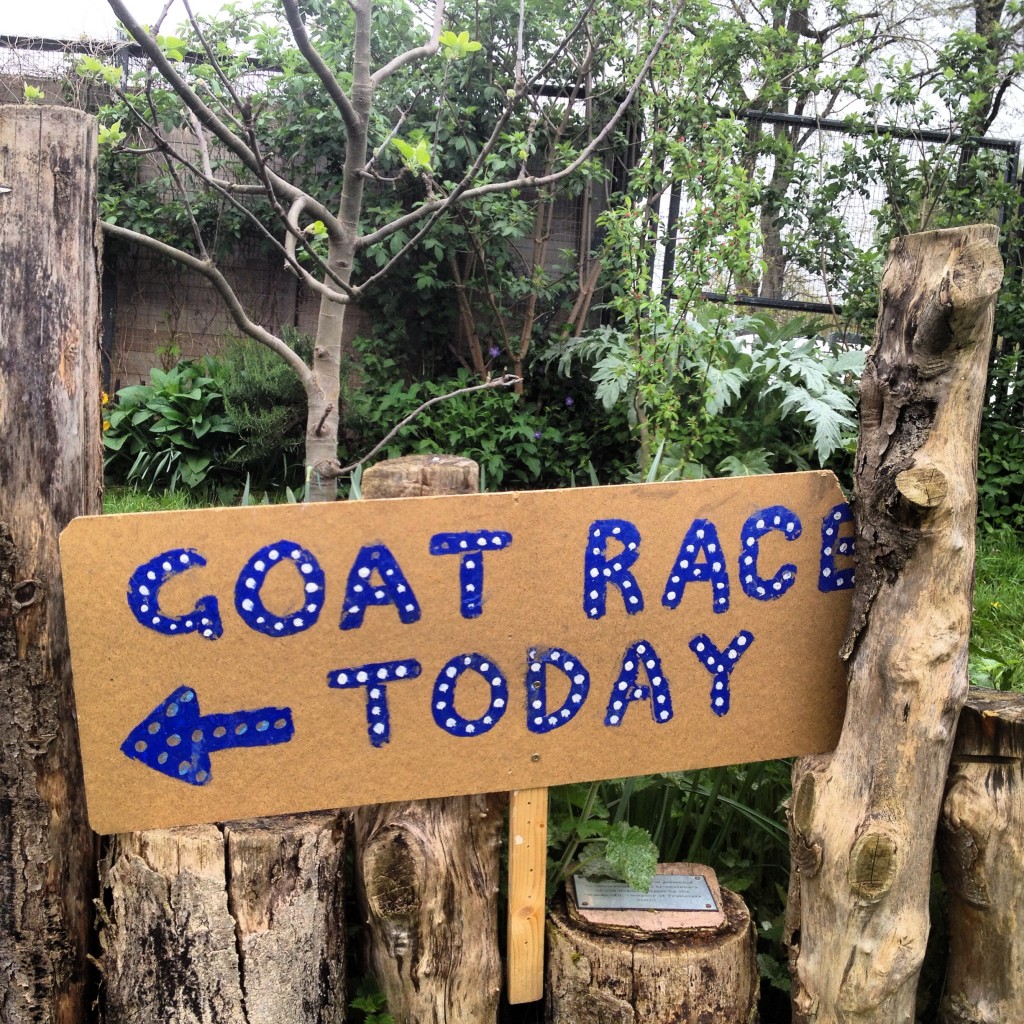 The Goat Race at Spitalfields City Farm near Brick Lane has to be London’s most anticipated annual animal event. Tickets sell out almost instantly for punters to place their bets on who will take the racing crown: Oxford or Cambridge?

They’ve been training for months, all in anticipation for today. Maybe they’ve never stopped training, not since the big race last year. Who knows how many pounds of food they’ve been shovelling into their mouths to keep their energy up, their blood pumping, their stomachs that … round.

London athletic-types were buzzing today as they lined the River Thames, anticipating the start of the 160th annual boat race between two of the best-known universities in the world: Oxford and Cambridge.

The rest of us headed east to a slice of countryside in the shadow of the City to the sixth annual Goat Race at Spitalfields City Farm between two of the best-known goats in this part of the world, wearing the Oxford and Cambridge insignias draped across their backs.

And joining the pack this year was a third goat, called And.

30: Get to know London’s city farms at Spitalfields City Farm. 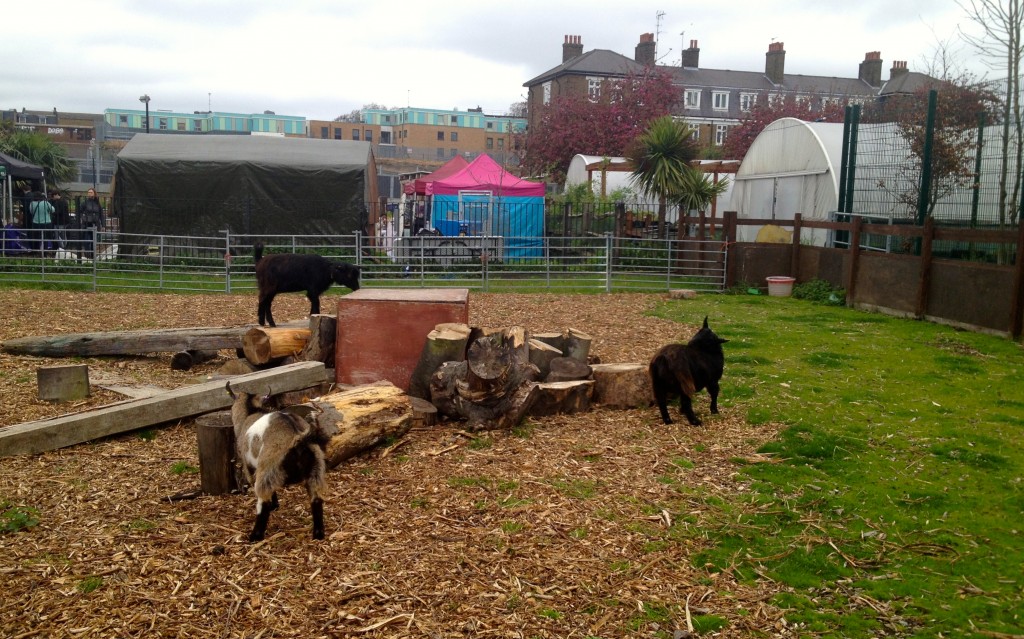 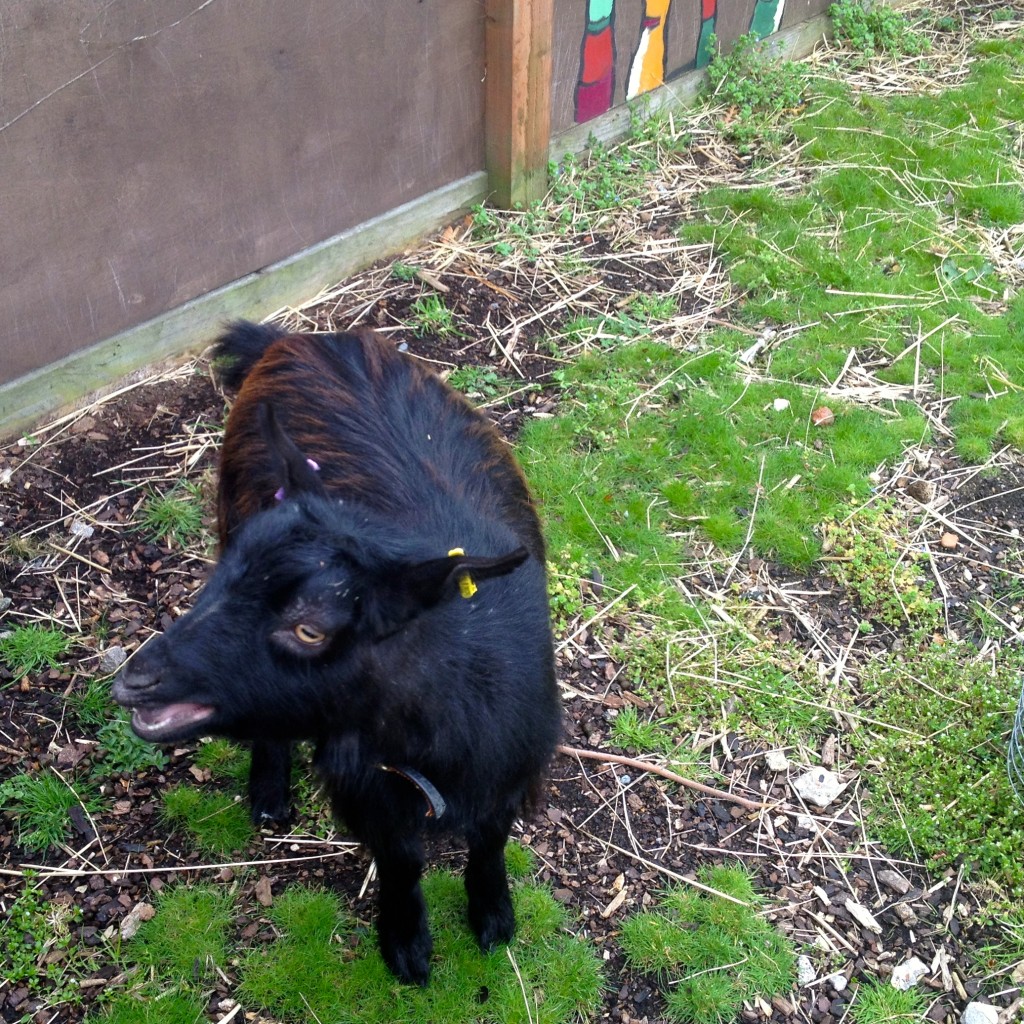 I visited the bookie and put my bet on Oxford. 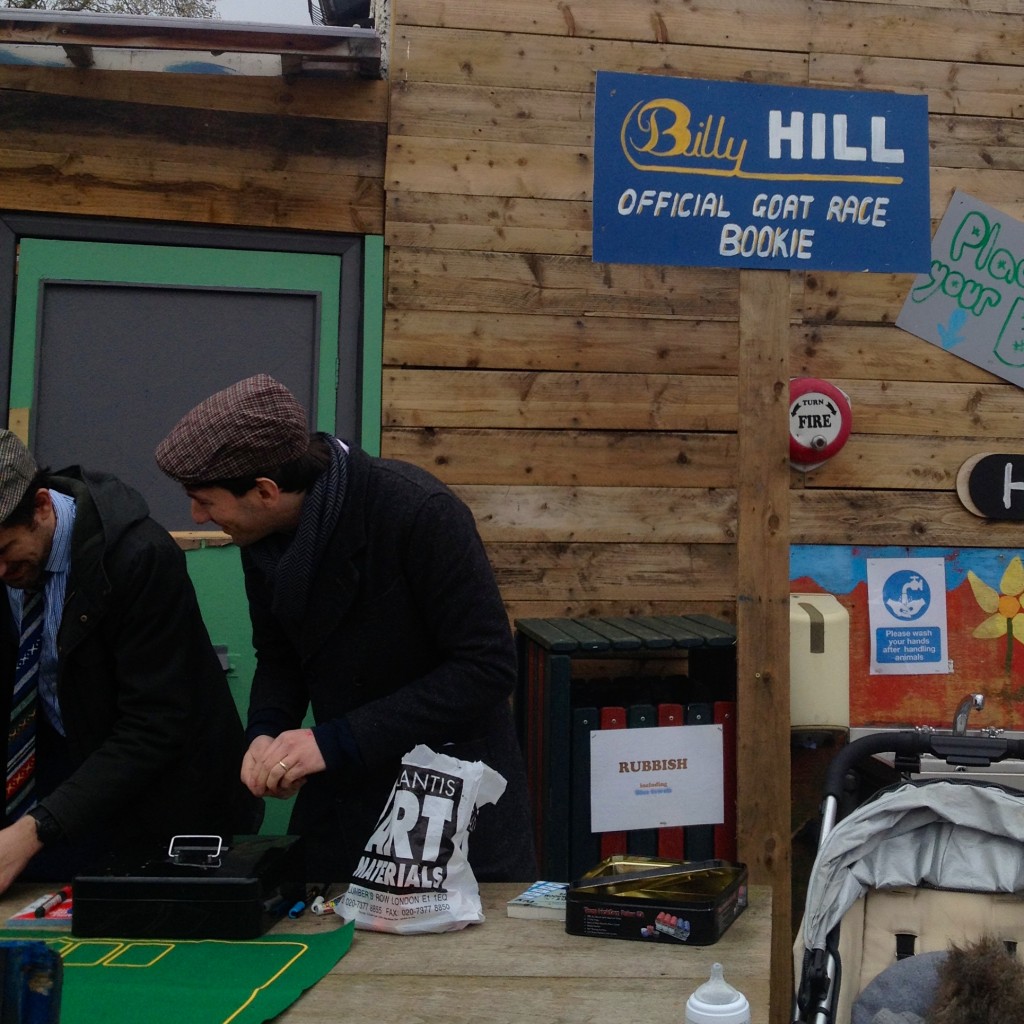 And now a word from our sponsors. 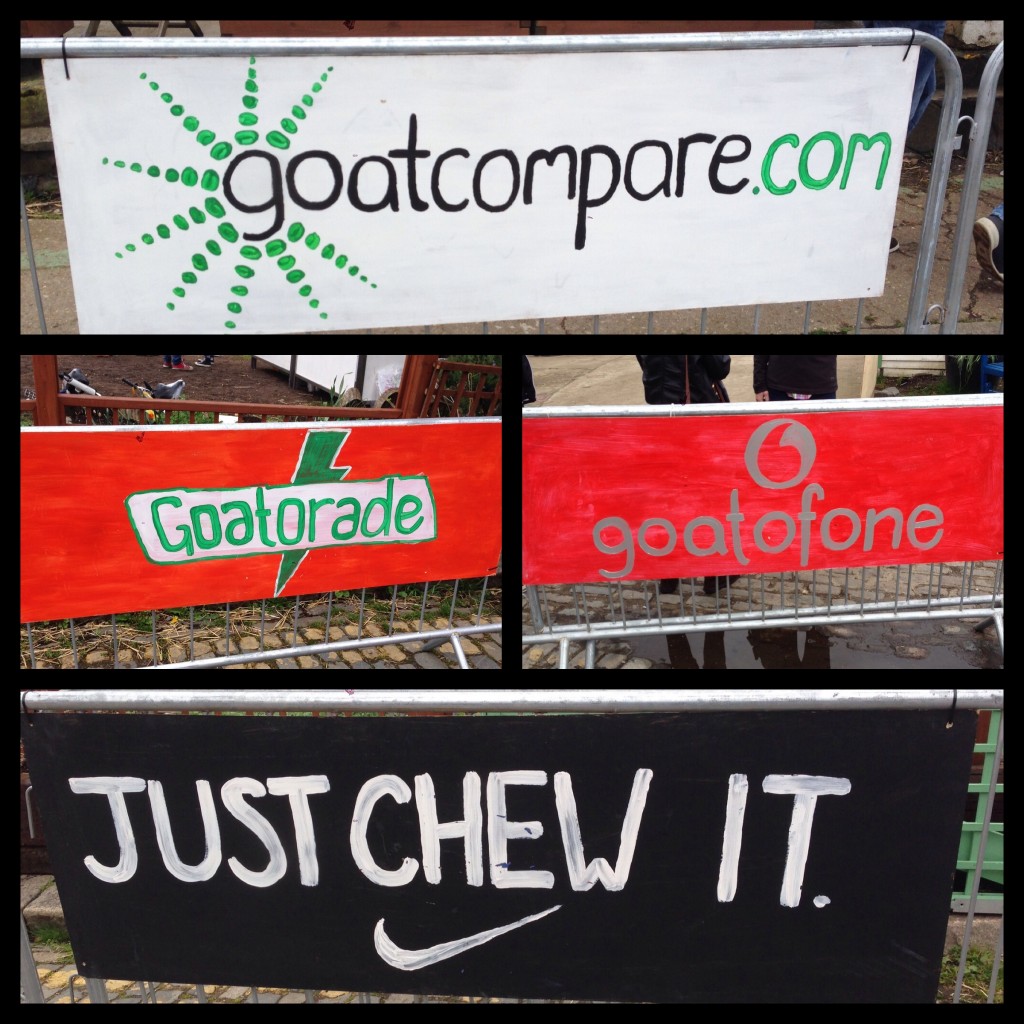 In my usual fashion of arriving somewhere far too early, we had time to poke around the farm, set in a patch of green not far from bustling Brick Lane, carrying the usual laid-back East London vibe. 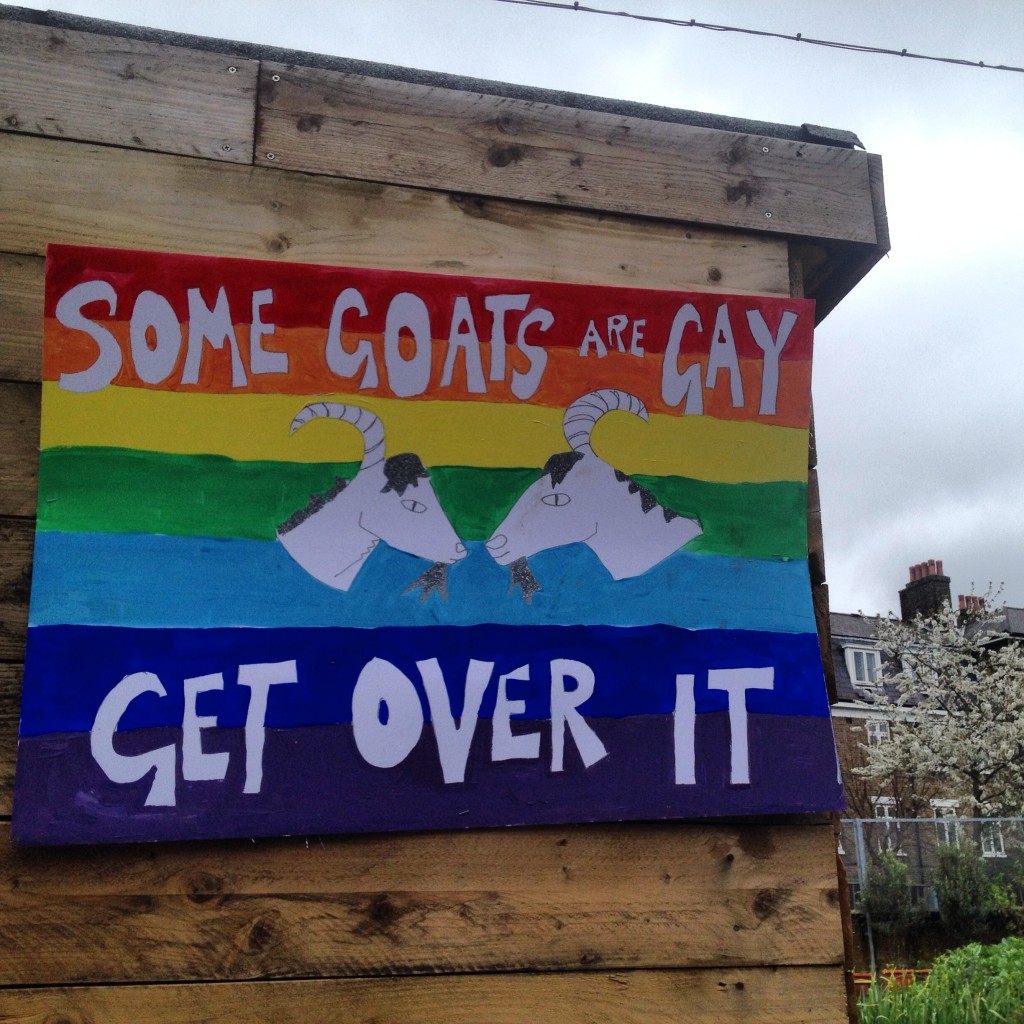 After grabbing some lunch on the grounds, we roamed around and saw the rest of the herd: pigs, ducks, geese, cows and of course the cat guarding the hen house. 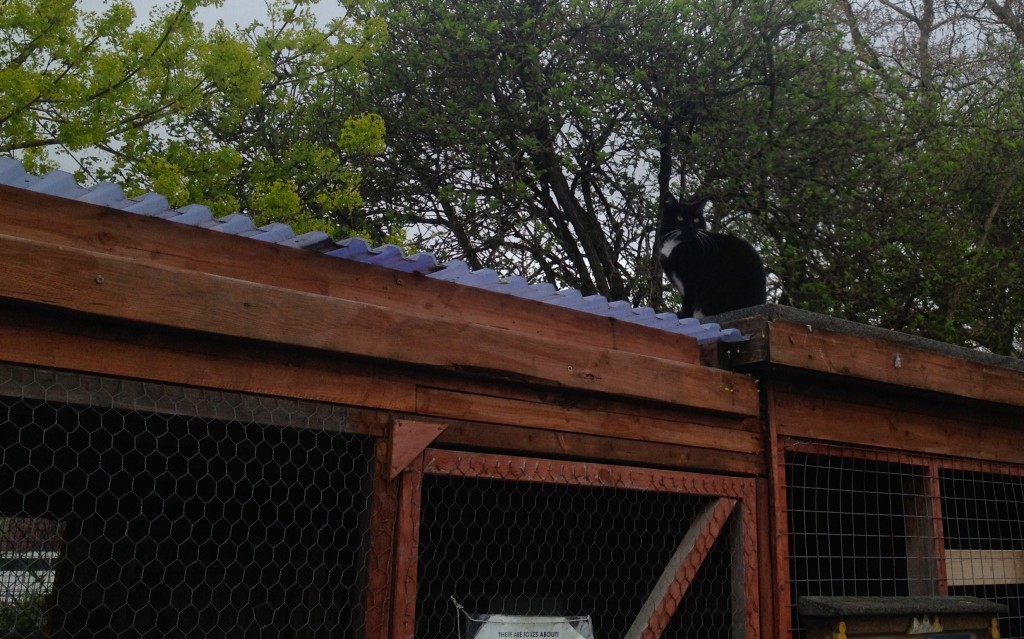 Proving just how much we had learned in art class at school, we designed a couple of trophies for the winning goat from some tasty snacks. 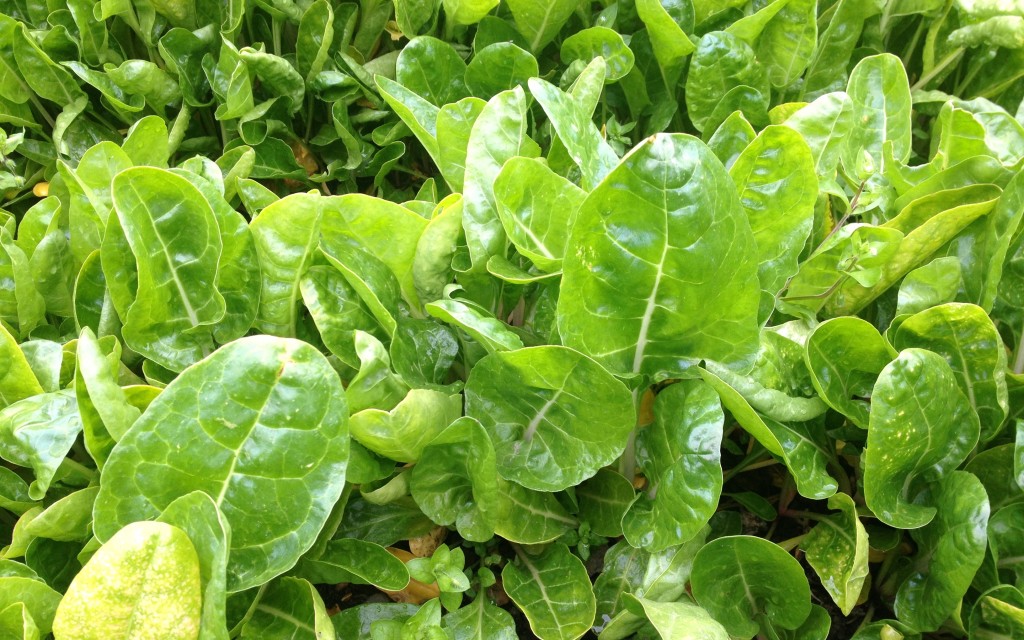 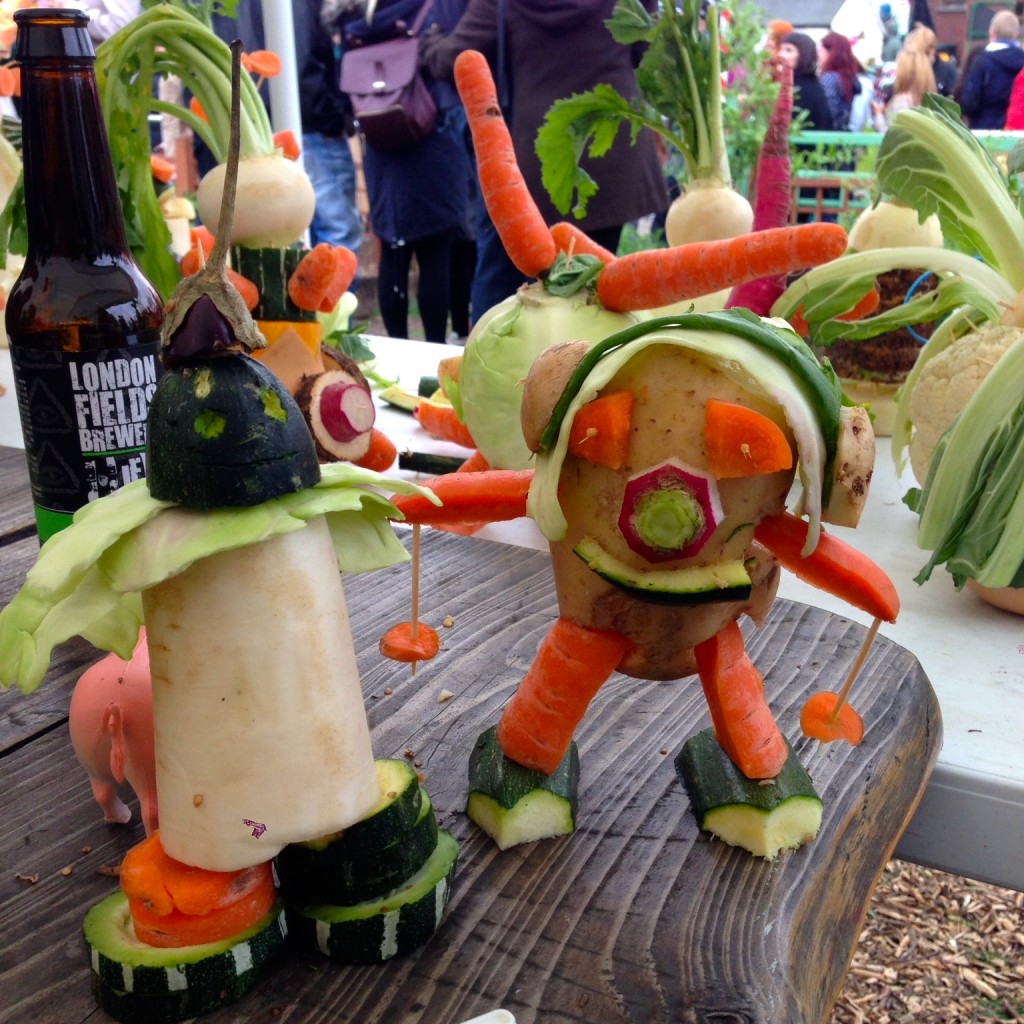 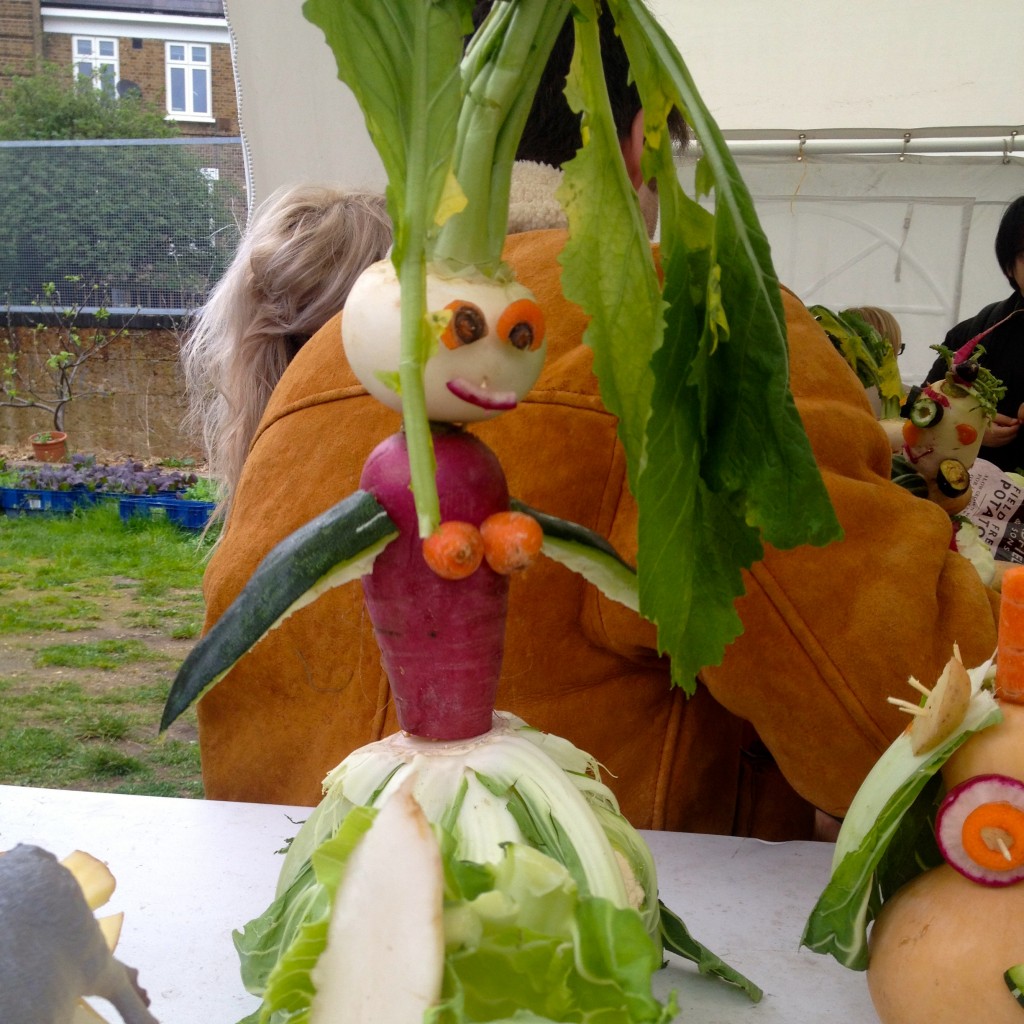 And then it was race time.

Oxford got an early start, and I figured the race was all mine. 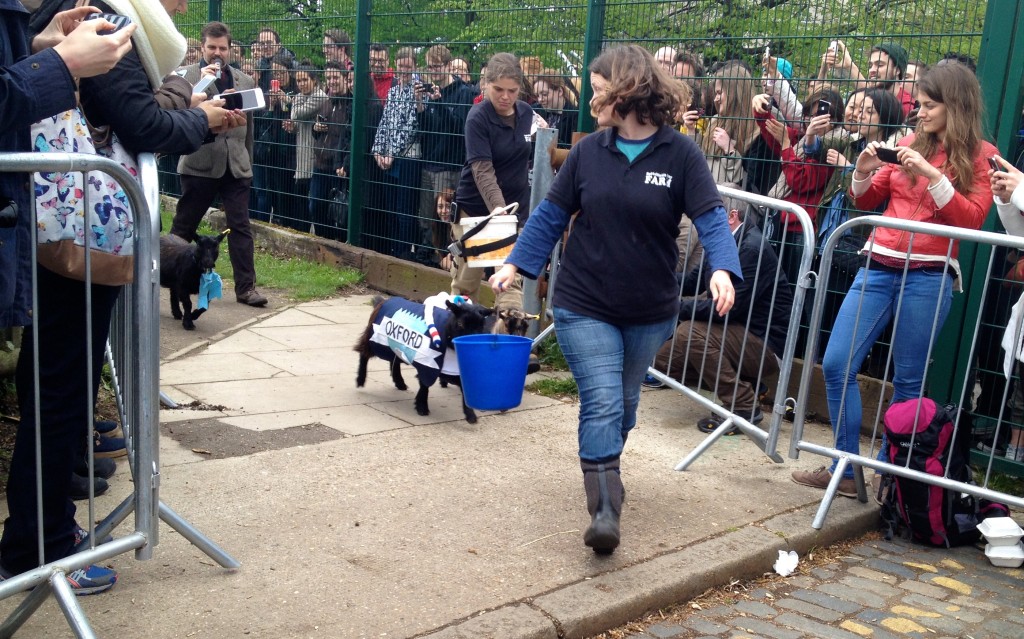 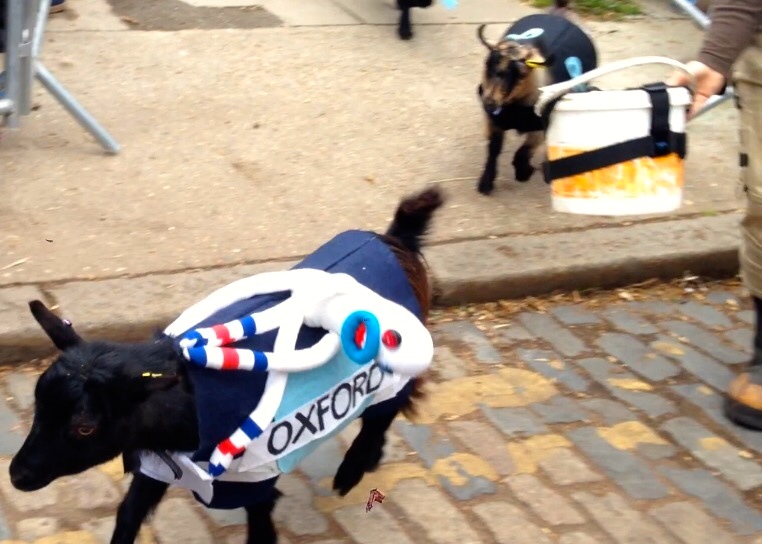 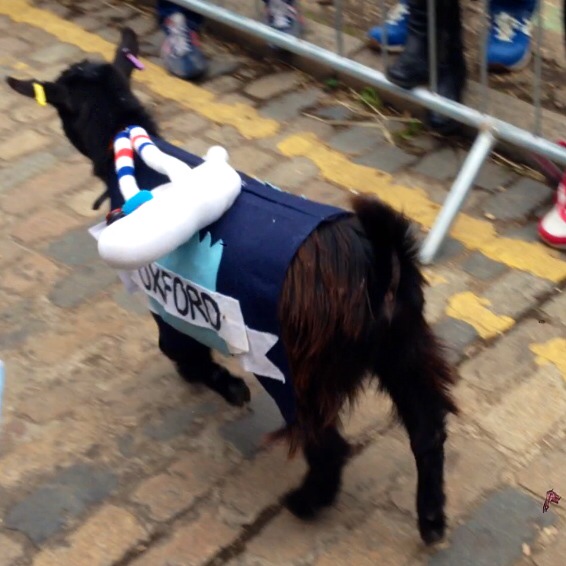 But soon enough that pesky And was catching up. 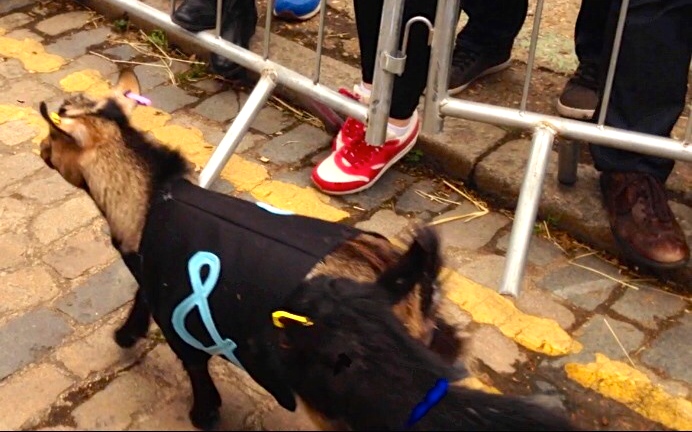 Cambridge, who had won the last five years running, was nowhere in sight.

In the end, And took it all. Oxford came in second.

Should have bet on the boat race instead. 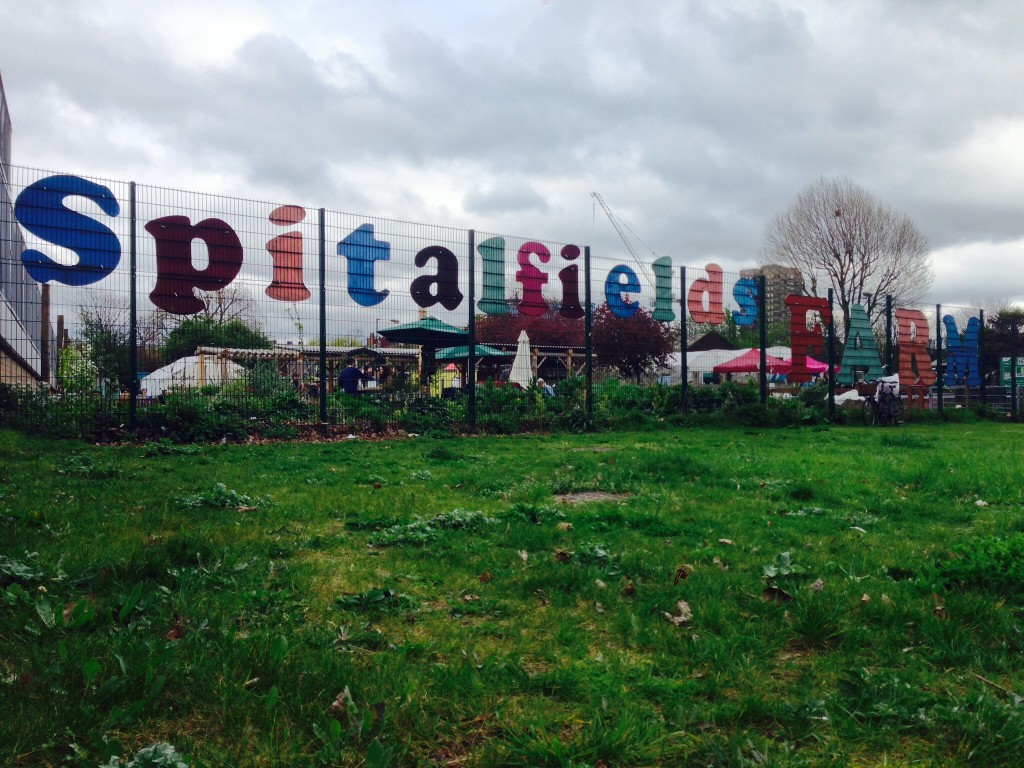