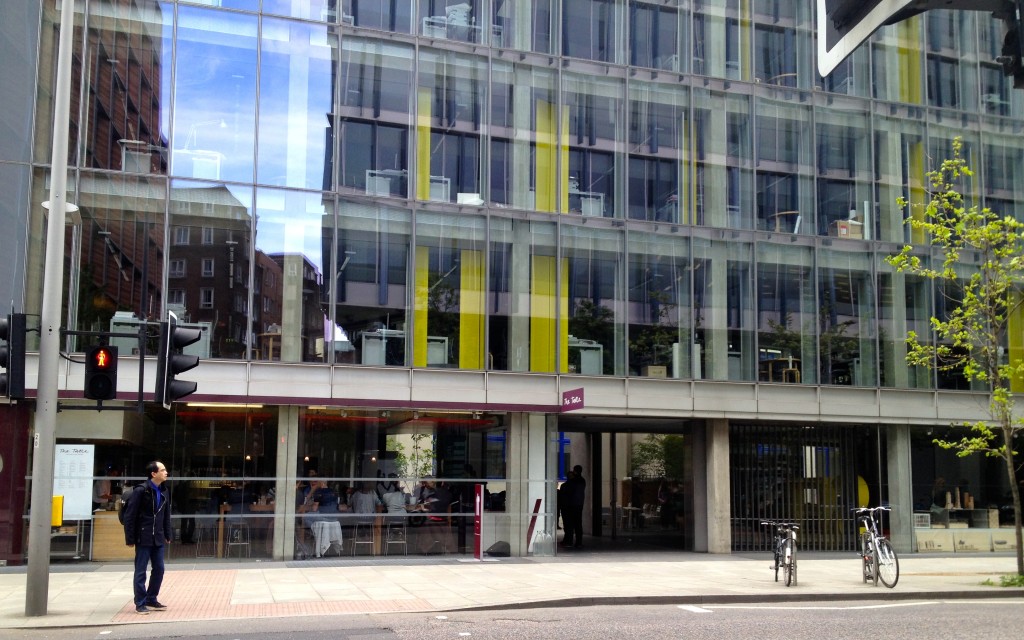 A few streets behind the hulk of the Tate Modern stands an unassuming British caff called The Table. Seemingly tucked away on the ground floor under the weight of the modern glass-and-steel block overhead, The Table is a weekend beacon of light in an otherwise deserted sea of office space in Southwark.

Even though we’re just seconds away from one of London’s biggest art galleries, the roads we’re wandering through on this Saturday morning are so empty that I’m waiting for a tumbleweed to roll past or for the town sheriff to step out of the local saloon and ask me what business I have here.

Can this really be central London?

Finally, we spot our destination and head inside before we have to battle any of the outdoor elements. 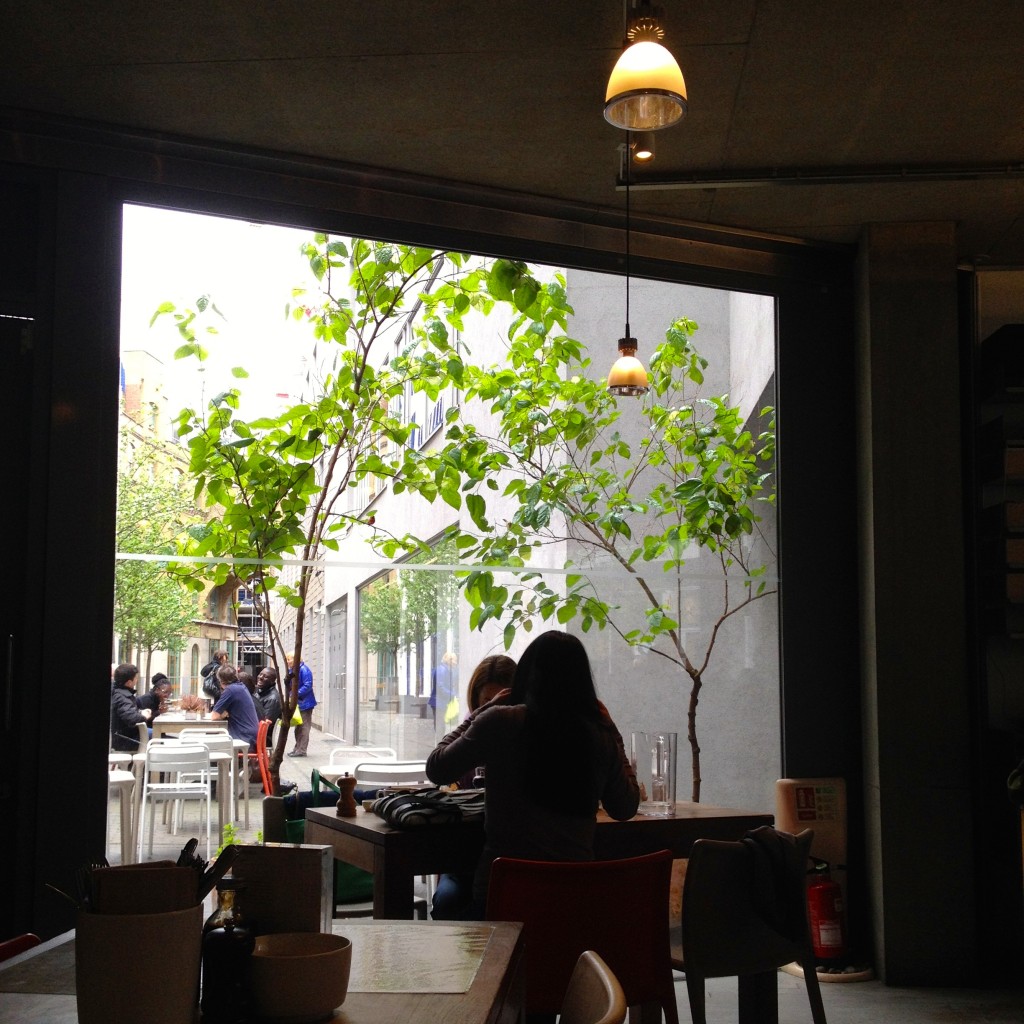 Immediately through the doors, we’re greeted by a small, quiet little cafe, rustic with a gritty urban overlay. Thick wooden tables abound, so big that you almost wish you still had homework to do because you’d bring it here.

Apparently, you can find some of the best coffee south of the river here, but as someone who starts trembling at the mere scent of coffee, I can only vouch for the deliciousness of the hot chocolate. 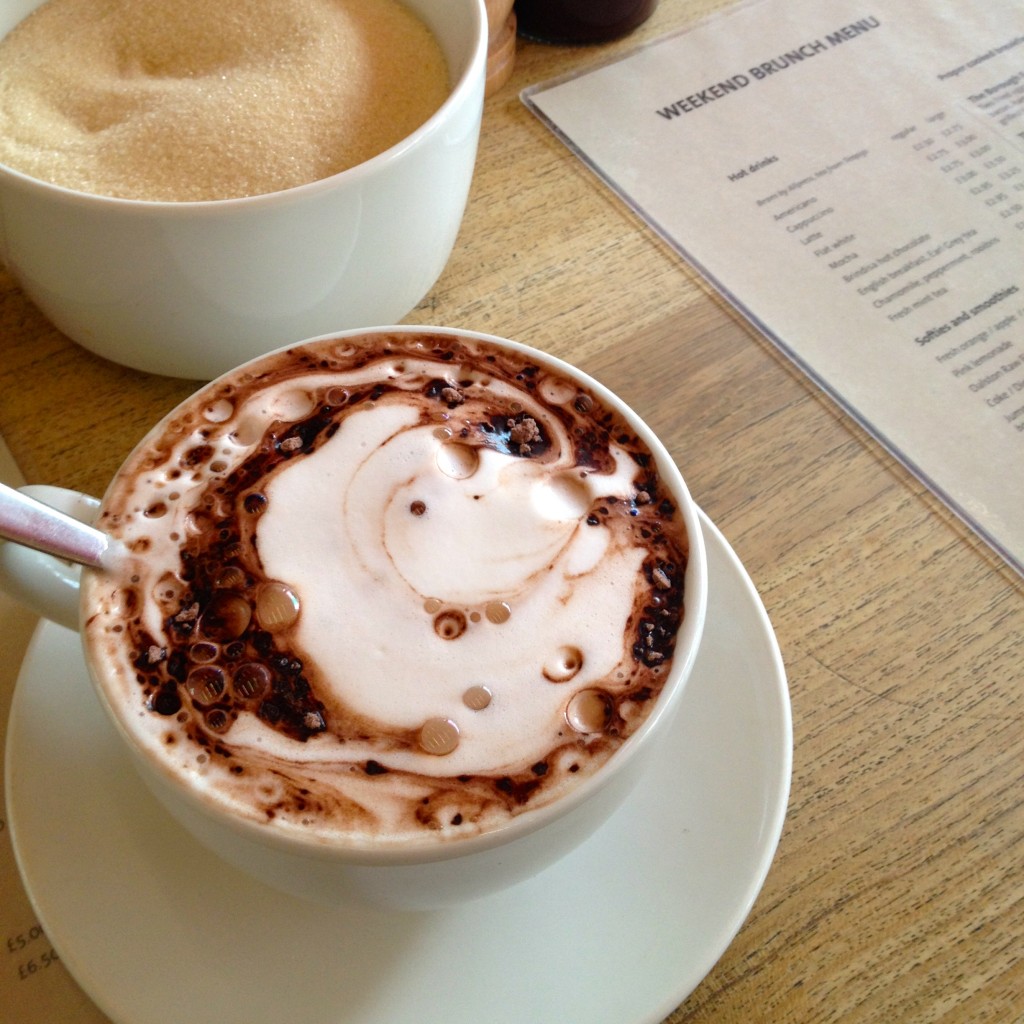 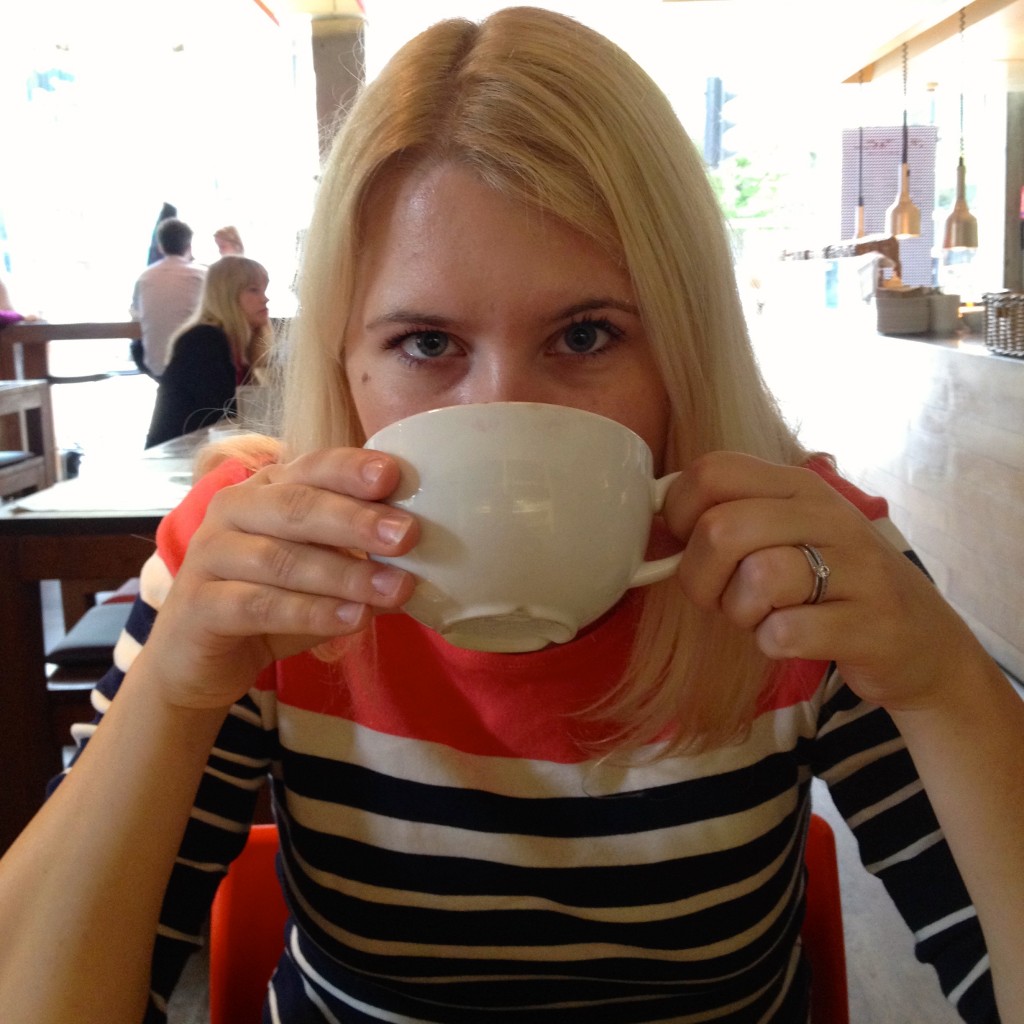 The menu was traditional yet original enough the make us force our server to come back to the table a few times before we were ready to order. Finally, I chose to go with the sweetcorn fritters and poached eggs, which I nearly devoured before remembering to take a quick snap. 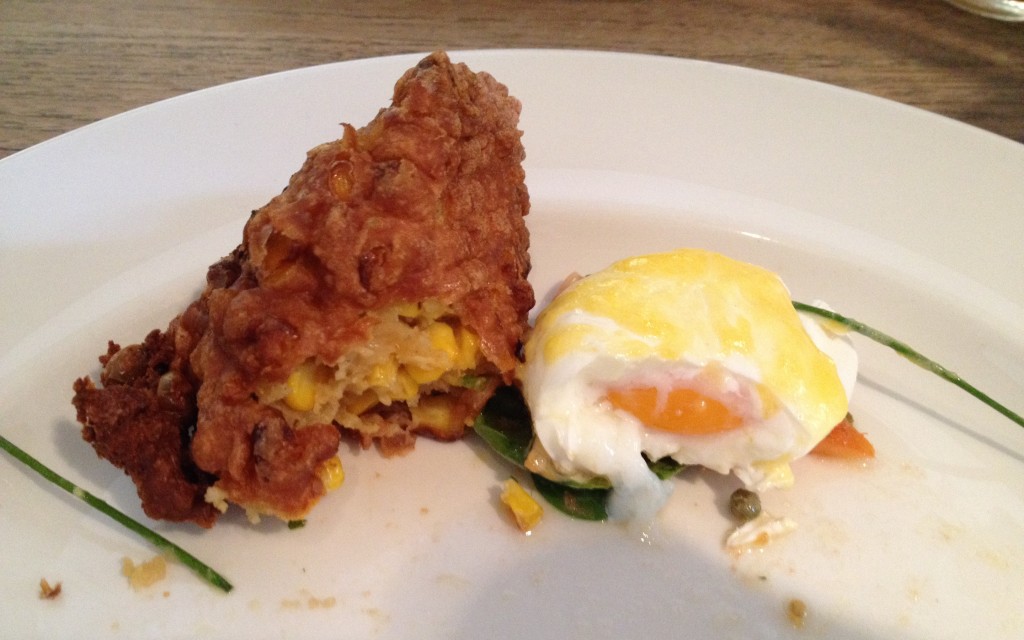 The Table is fiercely proud of being transparent about where it’s food comes from, and it should be. It’s the only restaurant I’ve seen with a ‘suppliers’ section of its website. It works with a homeless charity in London, where people work in herb and vegetable allotments and then sell the fruits of their labour to The Table.

The food was fantastic, the service was lovely, and though I’m not fully on board the brunch boat (only because the queues for these kinds of things in London scare me), The Table is a perfect weekend retreat.

* According to Time Out’s 1000 Things to Do in London, the ‘actual Thing’ to do at The Table is lunch. But this is close enough.