I don’t get modern art.

It’s not that I despise it or think that I could create something better, and I most definitely wouldn’t let my children crawl over it.

But if the point of multi-million pound installations is to make you pause for a second and say, “Hmm…”, then I suppose modern art has accomplished its job for me.

Maybe that’s all the getting there is to be got.

Trafalgar Square, London’s meeting point of sorts, has a statue base in each of its four corners. Three of those have been occupied with the standard statues of monarchs and war heroes, but the poor fourth plinth at the northwest post sat empty for 158 years because money ran out for the project.

In 1998, the debate about what to do with the fourth plinth temporarily ended when Ecce Homo, a life-size statue of a Jesus figure in a loincloth, took the stage.

Each year, a piece from another artist adorns the fourth plinth.

This year, London collectively giggled when a giant blue cock was unveiled. 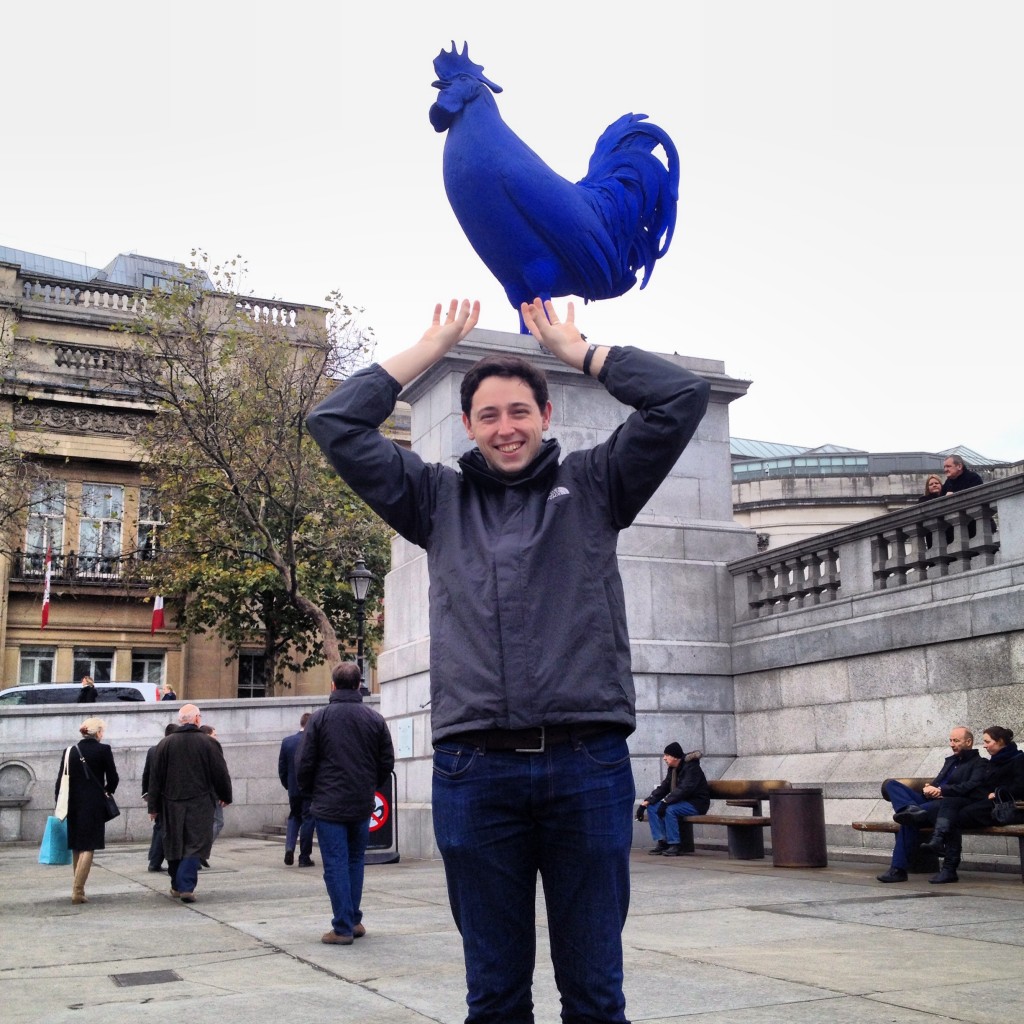 The big names in the London art world who control what appears on the fourth plinth next have just announced this week the next two pieces to replace the cock: a horse skeleton with a stock ticker tied to its leg in 2015 and a 30-foot-tall Facebook-style thumbs up for 2016.