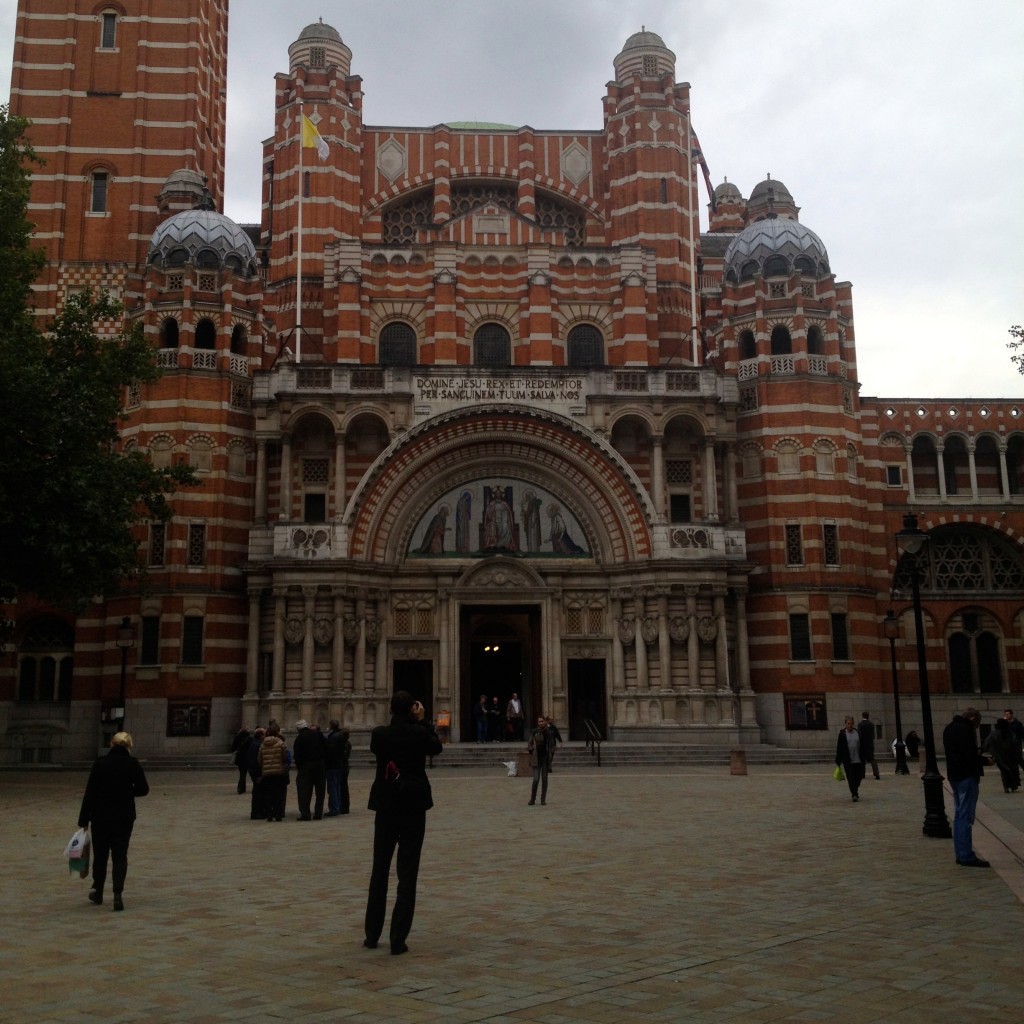 Ask any American who has spent an “extended” period of time in Europe, and I’m sure they will be freshly cathedral-ed out.

Something about these structures draws us in, but over time we get spit back out just as quickly.

Cathedrals are always picked as city highlights in any guidebook, a tourist mecca for the religious and non-religious alike. But for Westminster Cathedral, where I am today, that may be less so, as it hunkers down like the little brother of Westminster Abbey, just a few streets away.

Which I still haven’t visited. OK, I admit that maybe I am a little cathedral-ed out. 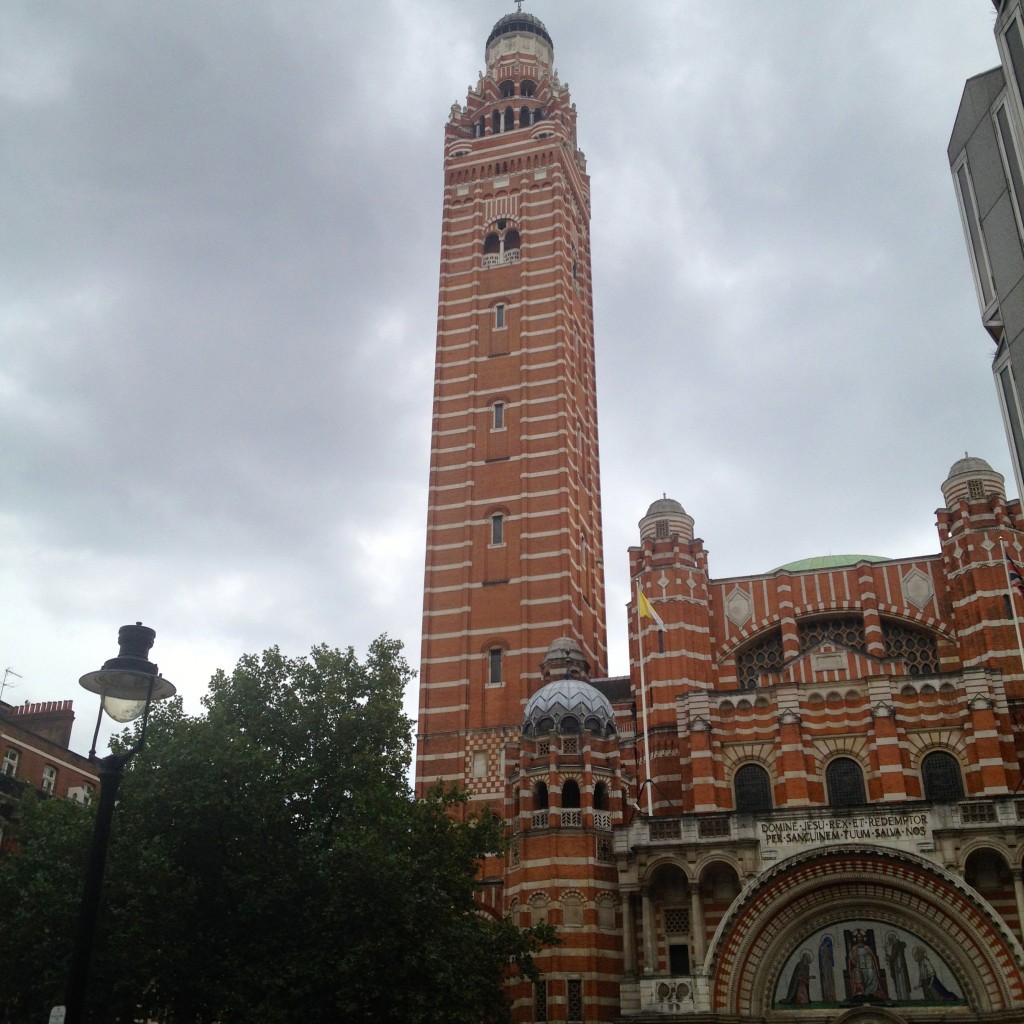 London Thing 401 of 1000: Tower over the city atop Westminster Cathedral.

Although the bright red bricks match its swanky neighbourhood surroundings, the architecture of Westminster Cathedral seems like it would be better placed somewhere a little more … exotic. Finished in 1903, it’s one of London’s “newer” cathedrals that sometimes finds itself on the tourist track. 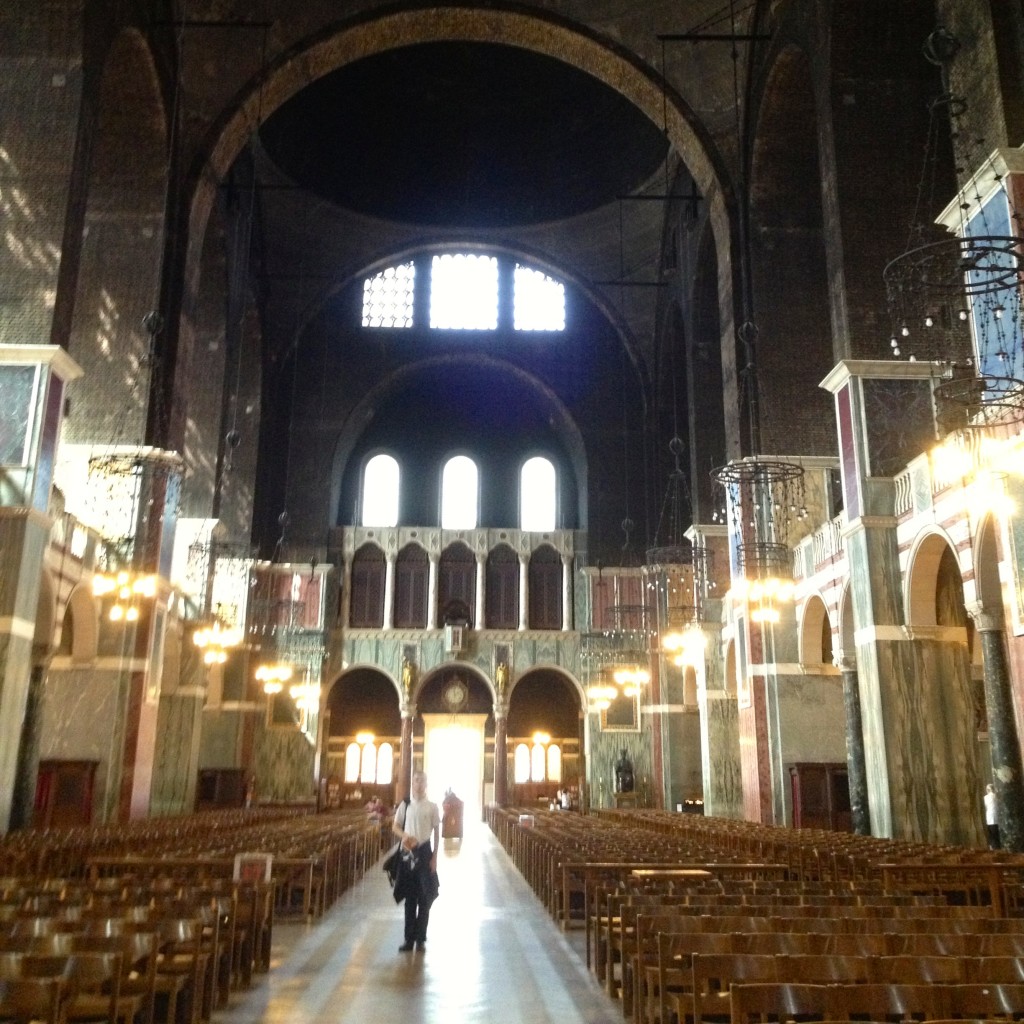 Inside, the cathedral seems half-finished. After a beautifully decorated ground floor, flaked in gold leaf mosaics and marble columns, the builders seemed to throw all of that to the wayside and continue only in dark brick. When you look up, it’s hard for your eyes to focus as they try to take in a seemingly endless expanse captured in black domes. 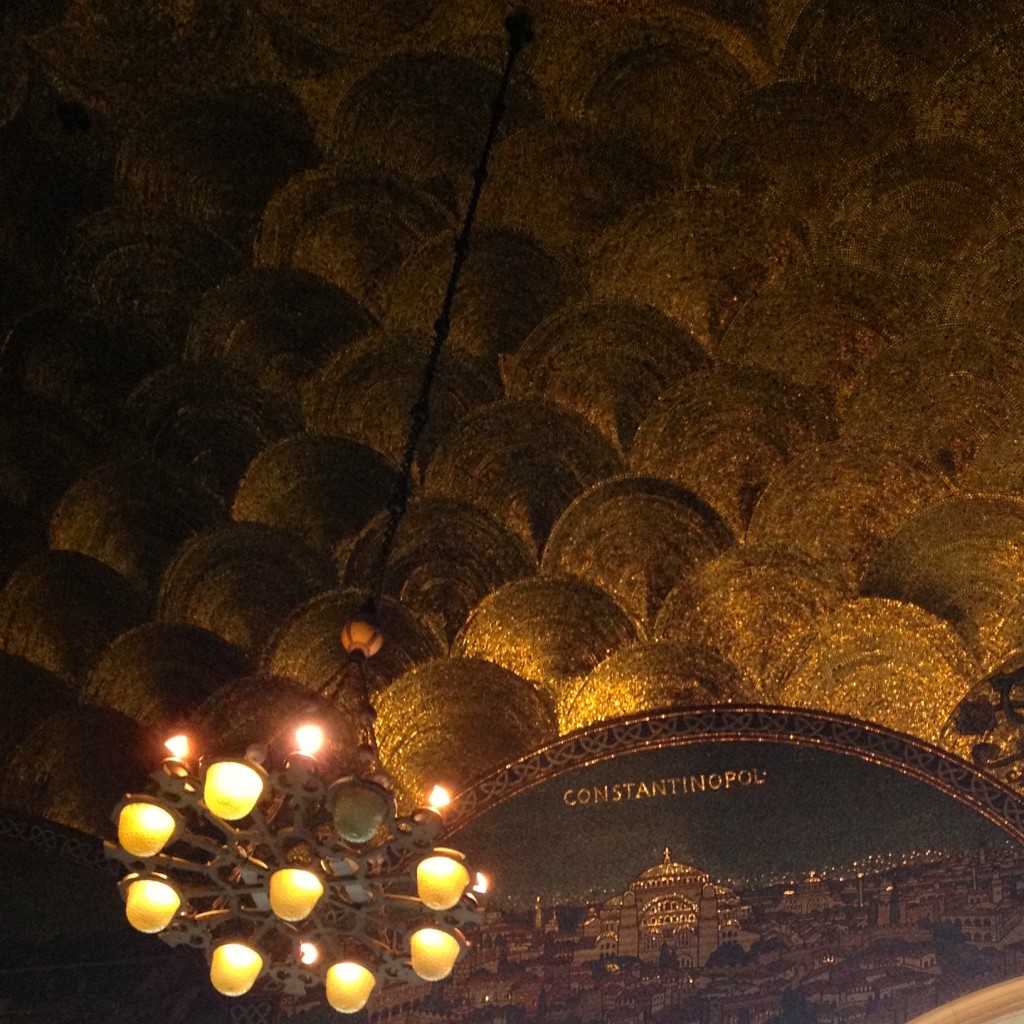 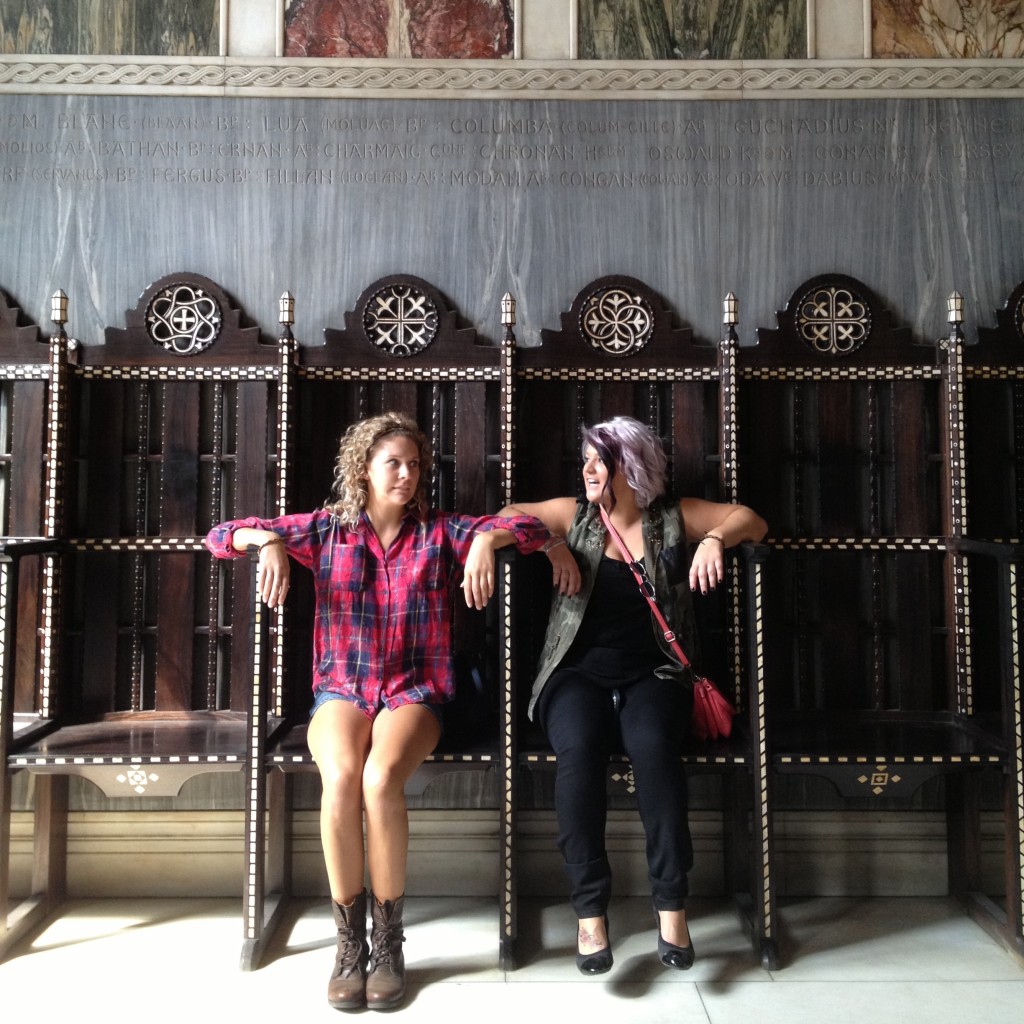 Even though tourist groups always appear en masse at places like this, scurrying around like camera-wielding, baseball-capped mice in the house of God, what are you actually supposed to do as a tourist in a place of worship? Churches are steeped in the silence of an art museum-cum-cemetery as people awkwardly shuffle the circular loop to the exit.

Fortunately, Westminster Cathedral has something else: a tower with a view. 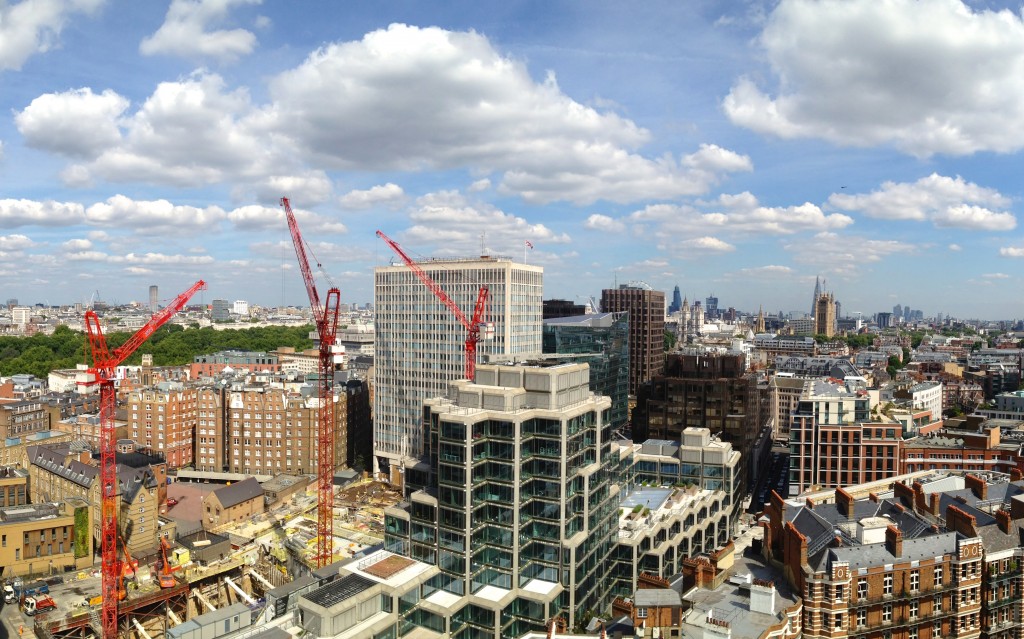 After handing over £5, we are swiftly escorted 210 feet up and treated to a view of the ever-changing London skyline. With cranes popping up in every direction, you wonder how long it will take urban evolution to make this view go extinct. 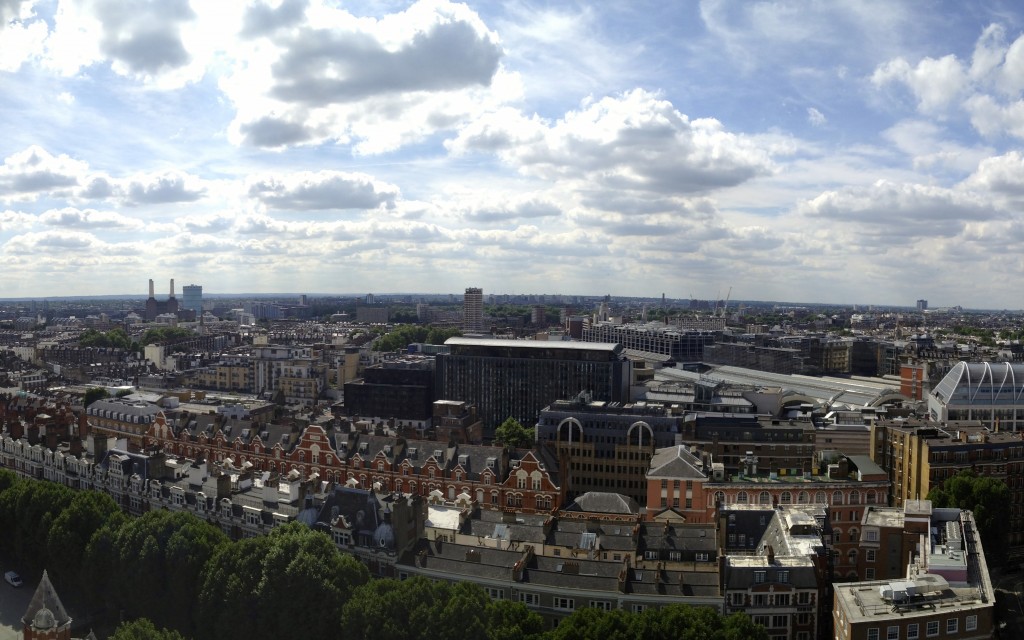 But for now, we are here: small specks in the grand scheme, pausing to remember where we fit into the chaos beyond.

And that’s what you’re supposed to do in a cathedral.