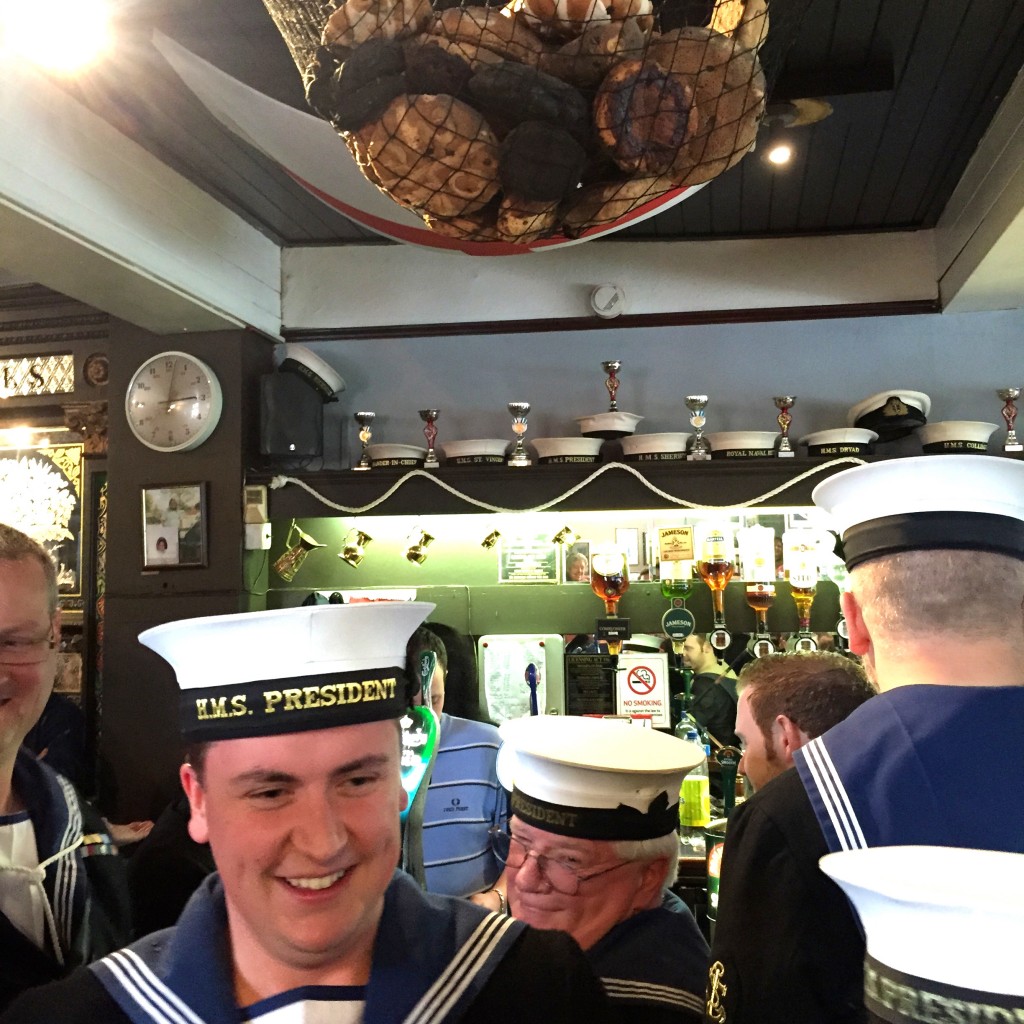 London’s old East End is changing fast, but some fantastic traditions have stuck. One of my favourites is at The Widow’s Son pub in Bow, where we gathered on Good Friday with hot cross buns to remember a sailor who never returned from war.

East London has traditionally been a working-class neighbourhood, and even though that’s being scrubbed away at an ever-increasing rate since the docks were closed, you can still find pockets of local East End charm.

One of the best places to experience it is at The Widow’s Son, an old-school pub in Bow, every Good Friday.

664: Celebrate the hot cross bun at The Widow’s Son. 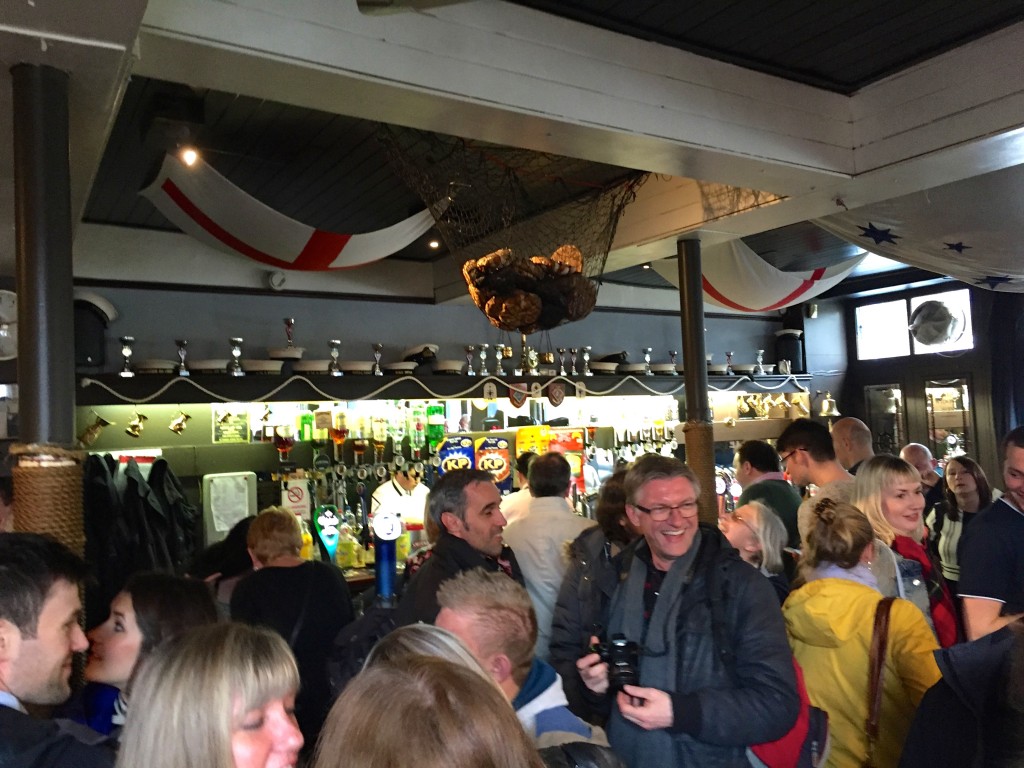 Legend has it that a widow’s son joined the Navy and went off to war. He said he would return home at Easter and asked his mother to have a hot cross bun waiting for him. He never returned home, but she made a fresh hot cross bun every Good Friday for the rest of her life.

After she died, a net full of hot cross buns was discovered in the attic of her cottage. 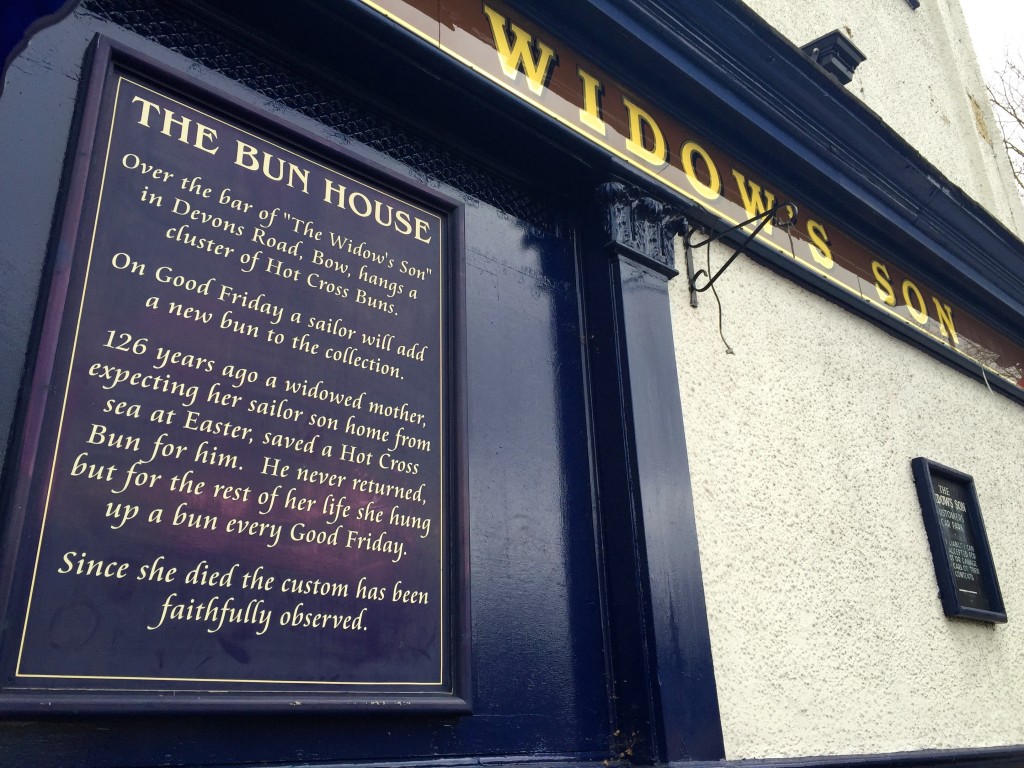 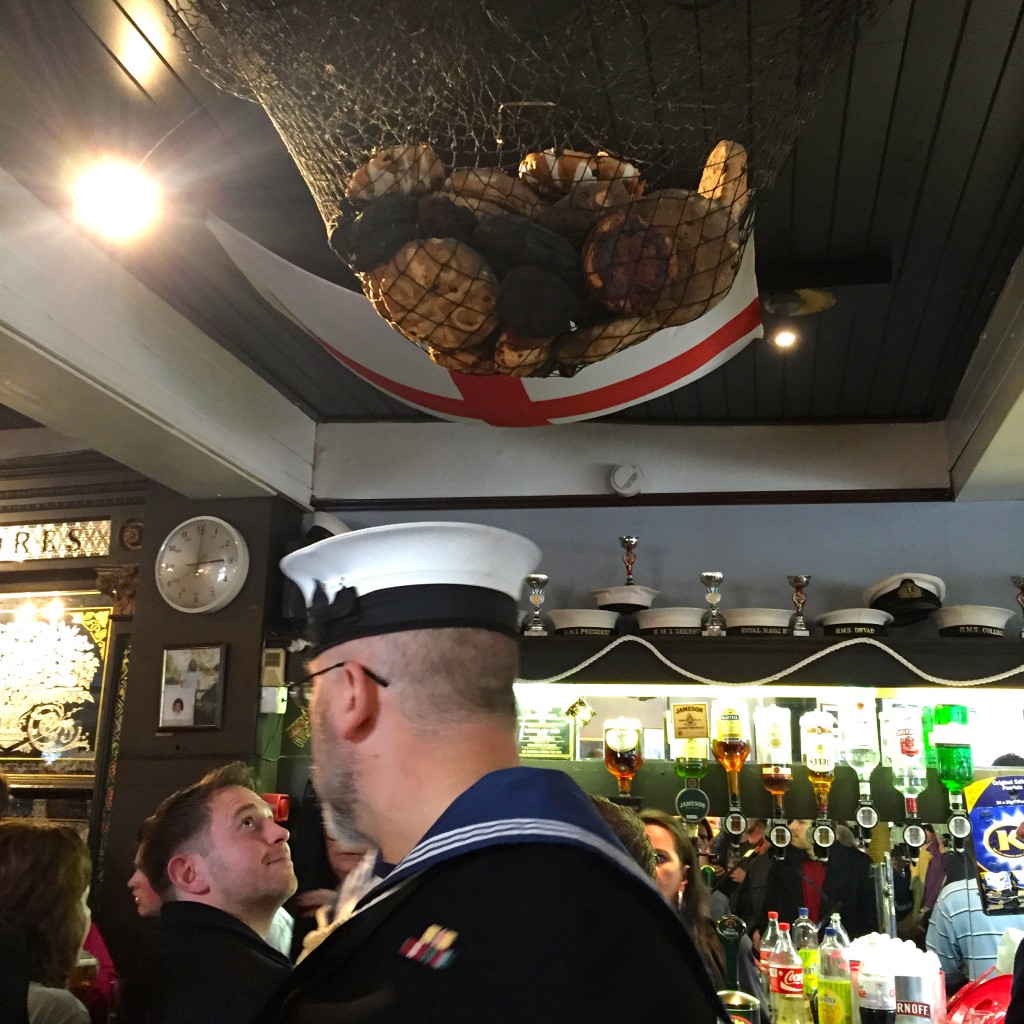 A pub was later built on the site, and the pub’s name carried on the story. Every year on Good Friday for as long as anyone can remember, sailors gather at a pub in Bow to add another hot cross bun to the net.

After the ceremony, hot cross buns are doled out to the crowd, and the Royal Navy sailors sing while everyone cheers them along. 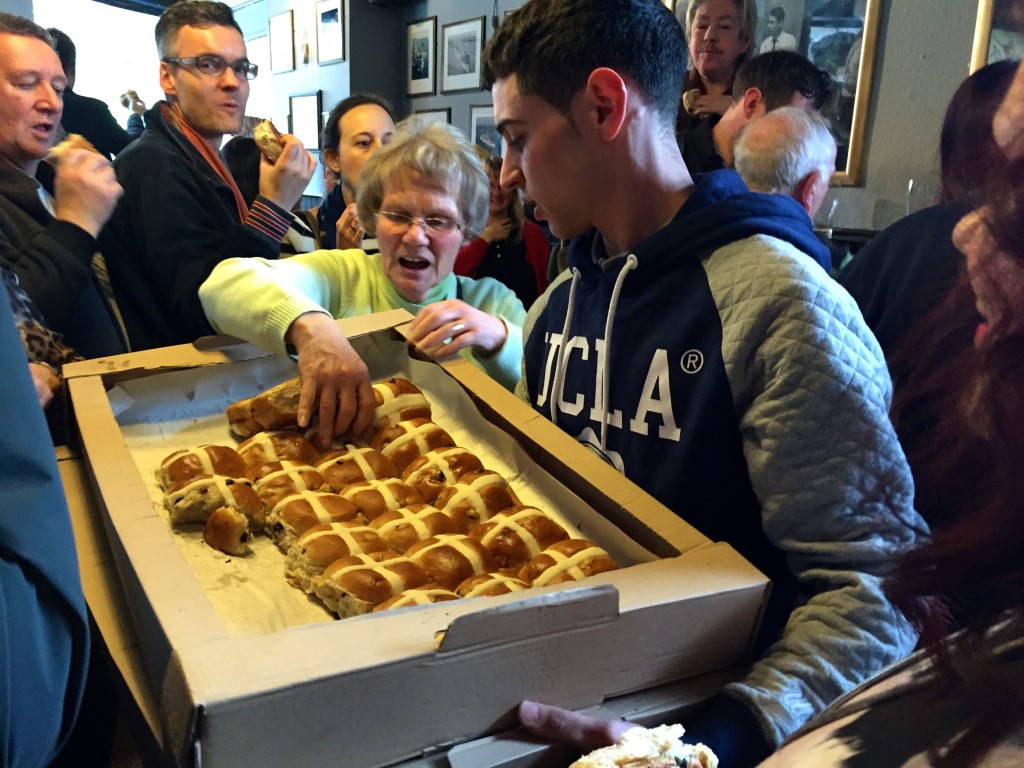 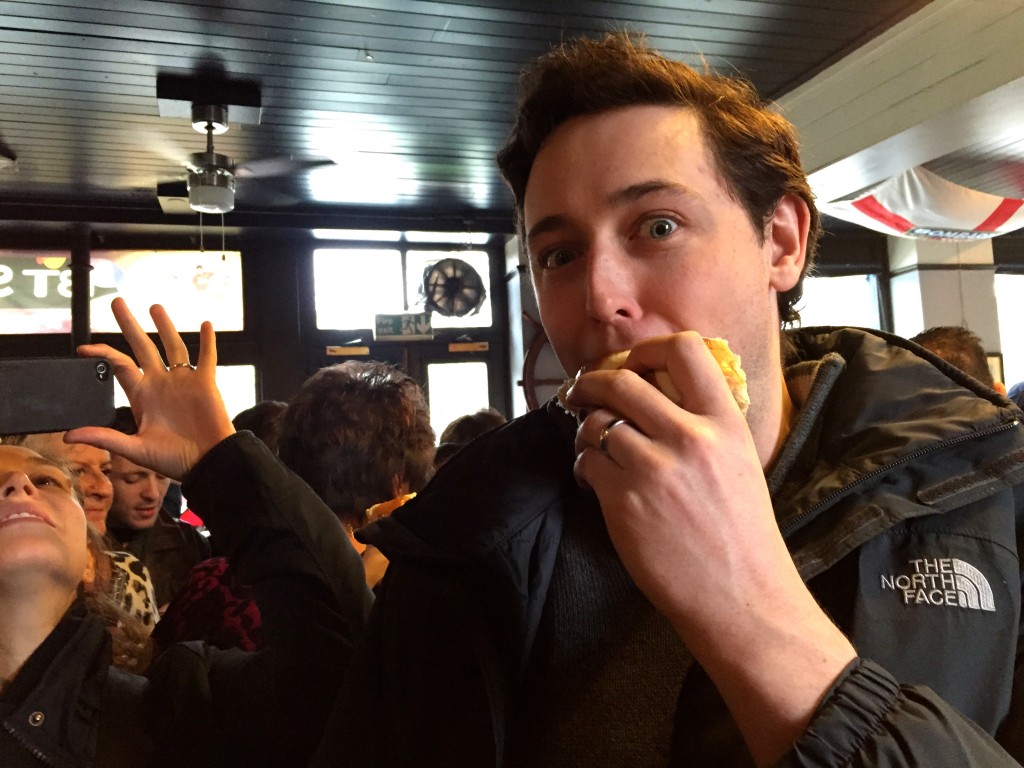 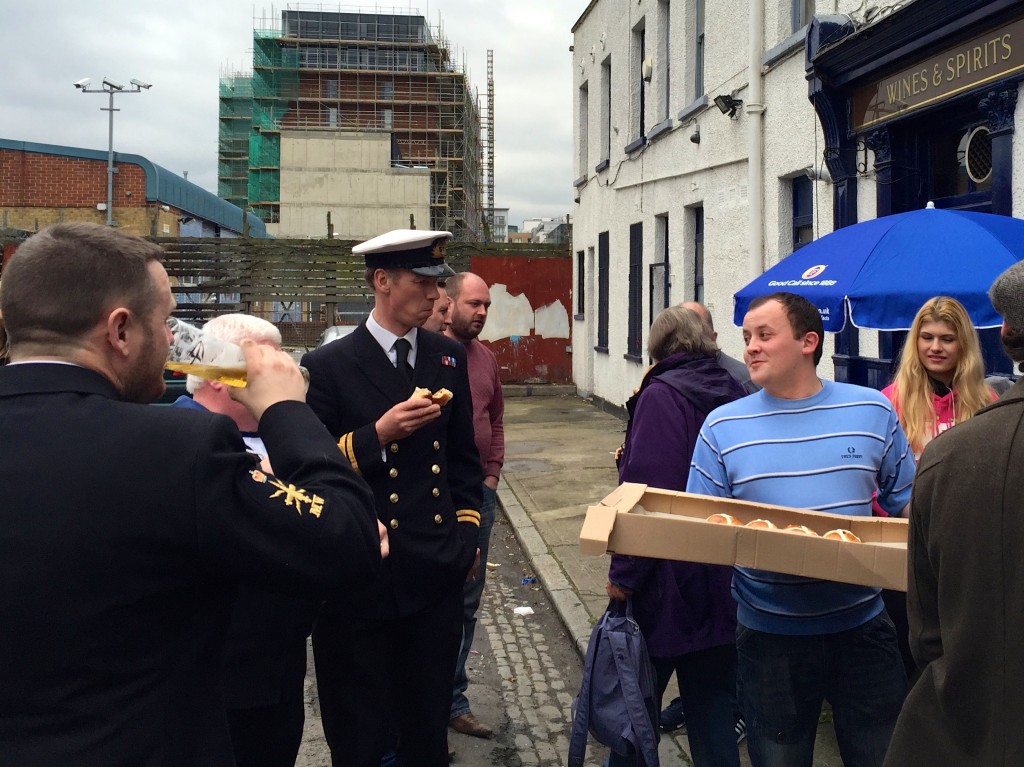 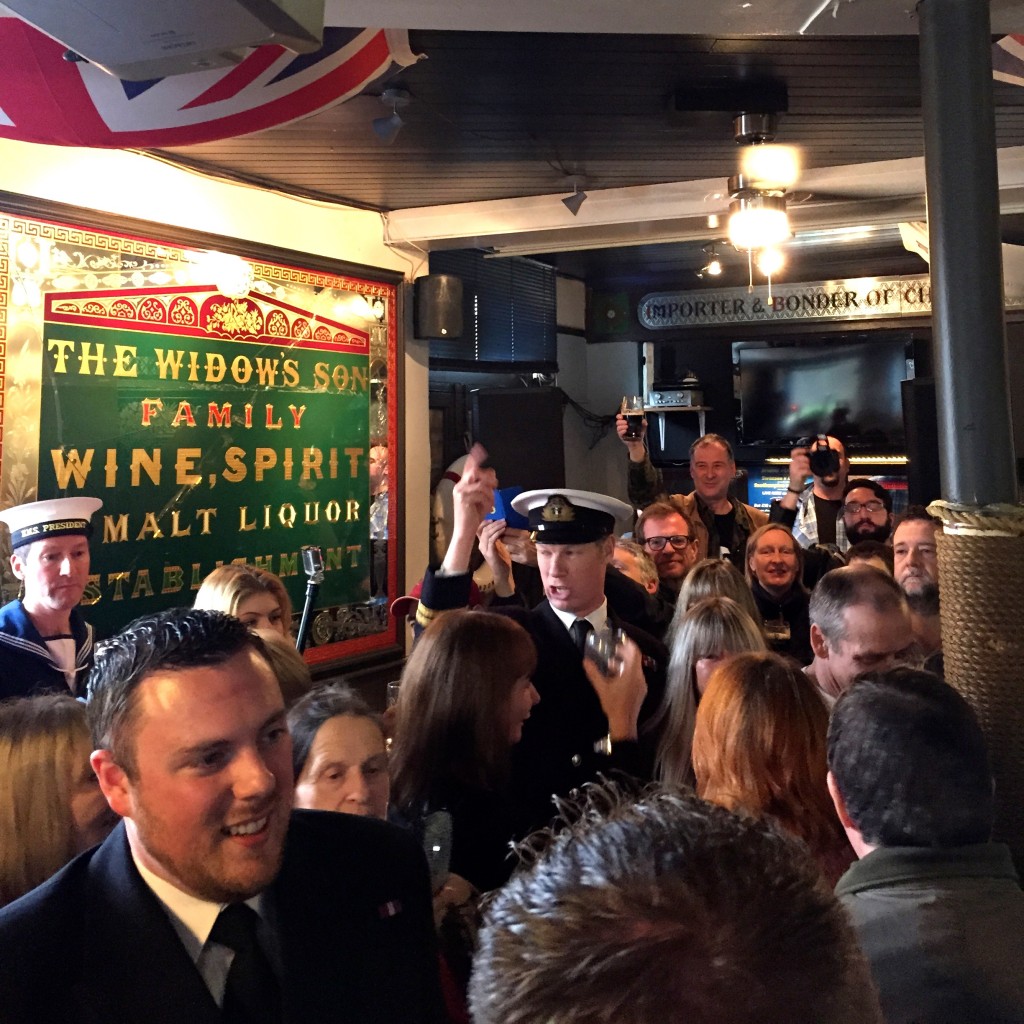 Even without the hot cross buns ceremony, there aren’t many pubs like The Widow’s Son anymore. Sure, from the outside it looks like this boozer has seen better days.

But the pub oozes memories of a different era. The floors are sticky with history, and today the middle has been cleared for everyone to gather in, like a school dance. Dutifully, everyone is sitting in groups and hugging the edges. We get there early, and the atmosphere feels familial — this is very obviously a place where everyone knows everyone, its own small town. 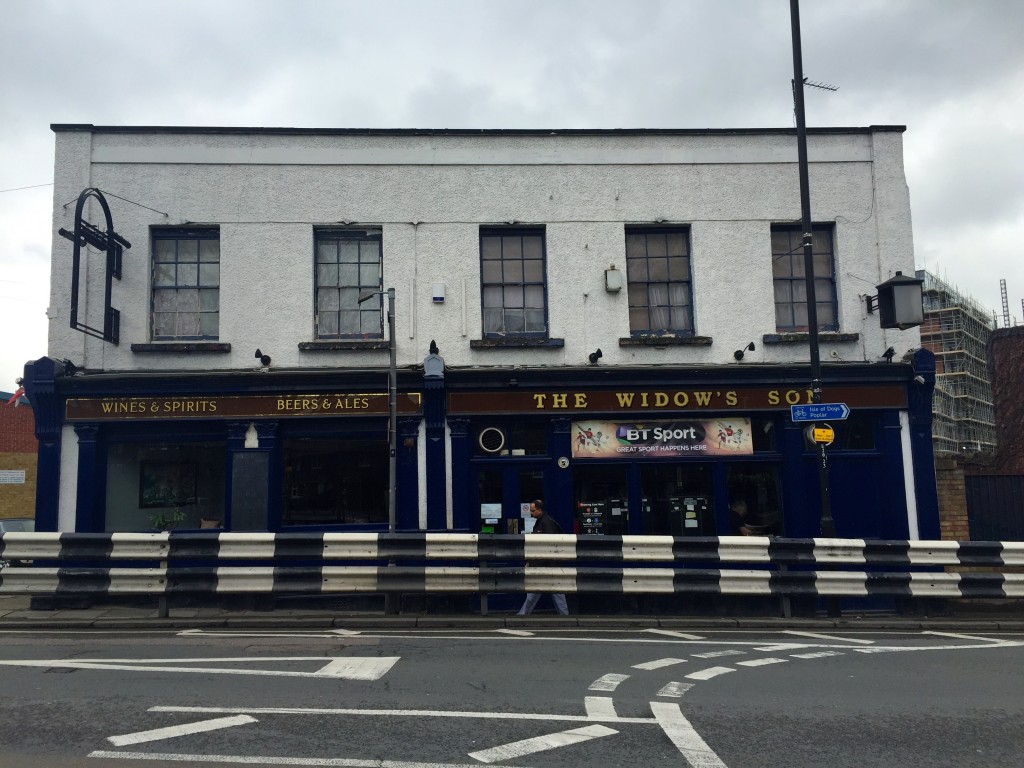 Given its location, The Widow’s Son is often in the crosshairs of redevelopment, but thankfully one of the last corners of the old East End has been left alone to its habits and traditions.