Most Londoners have never heard of William Morris, a Victorian-era designer, socialist and well-rounded rebel, but even more than 100 years after his death, the city has traces of his life everywhere, especially in his childhood home in Walthamstow, now the William Morris Gallery. 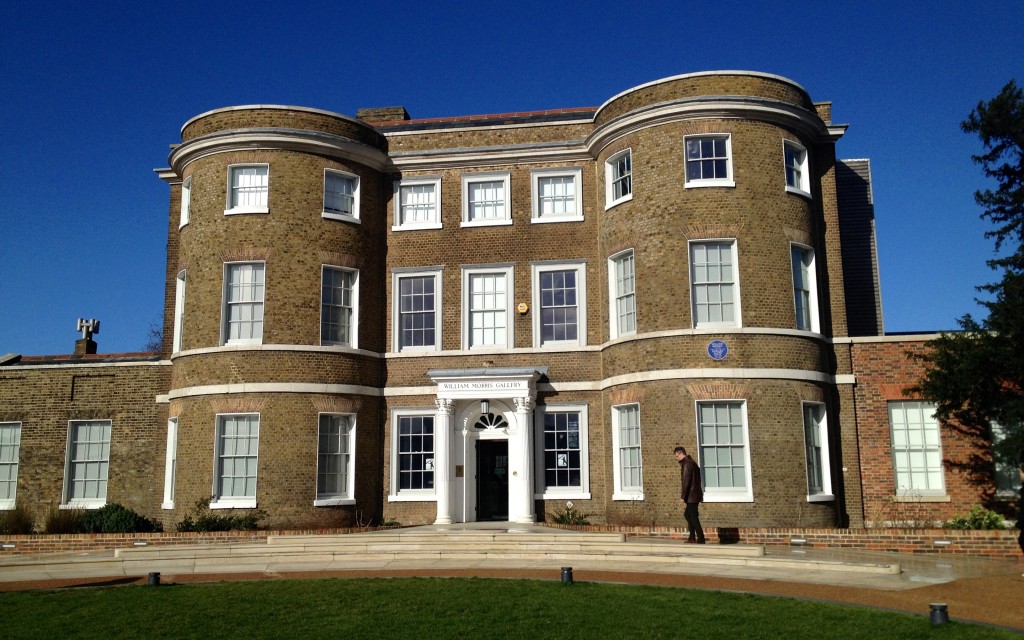 I think I hated history in school because I never realised that it was actually people who were being written about. I couldn’t get past the endless battles and memorising years that something happened in.

London is the first place I’ve lived that I’ve truly dug into, and only now have I noticed that historical characters seem to follow me around, through the random museums, parks, neighbourhoods and streets I’ve visited.

My life appears to be most in parallel with William Morris, a man that I’d never previously heard of, a 19th-century designer extraordinaire who seemed to have his hand in as many cookie jars as he could: art, politics, philosophy, religion, publishing, translation, interior decoration. Morris spearheaded the Arts & Crafts movement, a reaction against excessive Victorian ornamentation that harkened back to pre-industrial times, traditional craftsmanship and simple design.

I first vaguely encountered him when I lived in Bexleyheath, a southeast almost-suburb of London, where he lived in the 1860s in the medieval-looking, obviously named Red House. Sadly, I never took the time to visit the house, but it’s still on my list. 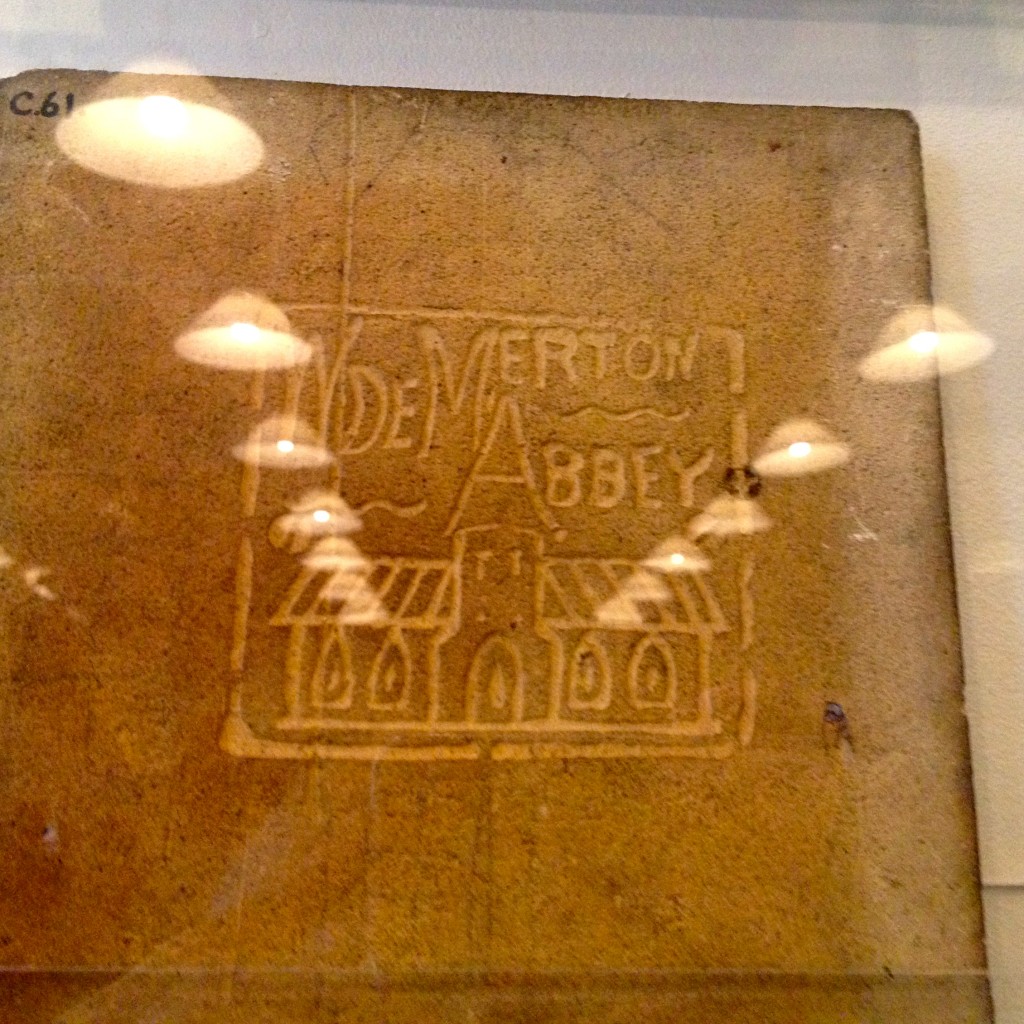 Morris was there once again when I moved to Wimbledon in southwest London, where he moved his textile printing and weaving workshops along the River Wandle in Merton Abbey Mills. The building Morris used was demolished in the 1940s, but in true London fashion, the pub that now stands nearby bears his name (and makes for some great summer riverside drinking).

But this time I went out to find him.

Morris once said, ‘Have nothing in your houses that you do not know to be useful or believe to be beautiful’, which makes for an absolute stunning visit to a house that’s packed full of his work, including the materials he used, such as the wonderful carved block prints. 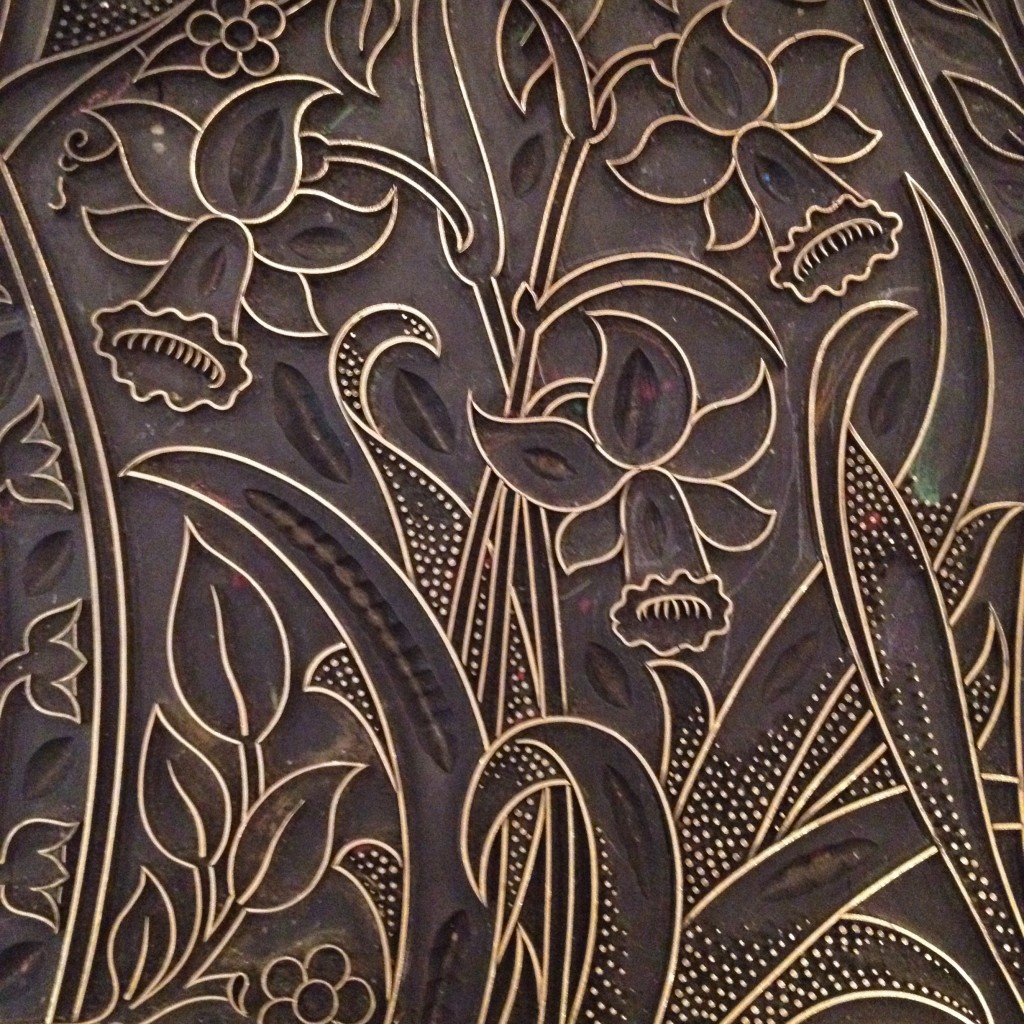 I was thrilled to spot my favourite Morris design, a beautiful textile piece called ‘Wandle’ that he made ‘to honour our helpful stream’ that I had walked down so often. Wandle was made by dyeing the entire cloth indigo and then selectively bleaching and block printing the other colours to get the final design. 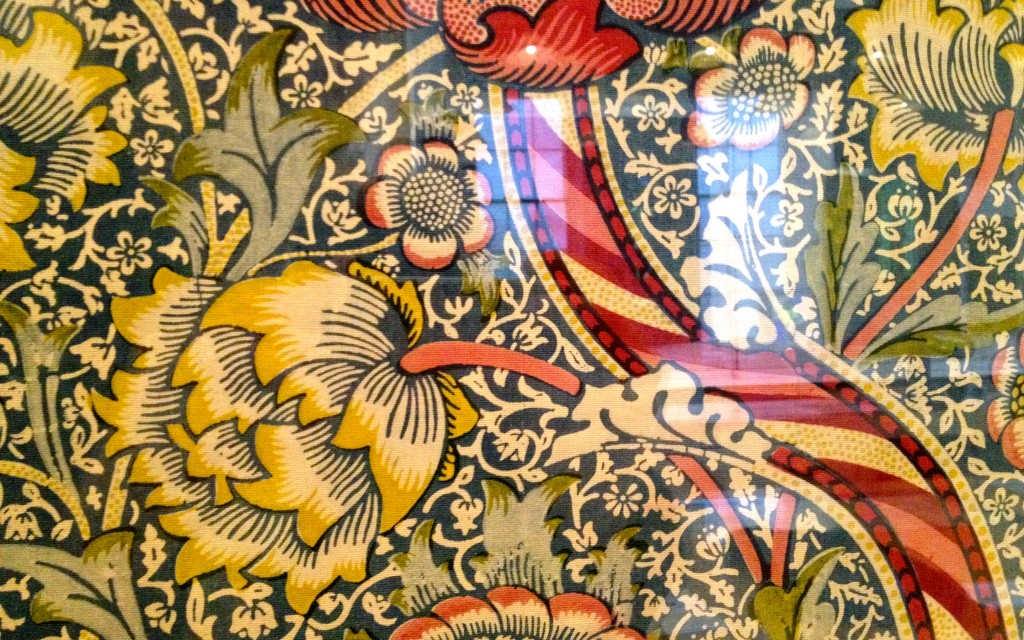 The William Morris Gallery is definitely worth at least an afternoon of your time, and with free entry and gorgeous grounds to stroll, you might find yourself here much longer than that.

If you’re not designed out, stop by the brilliantly named God’s Own Junkyard to see stunning neon works of art (dangerously, there’s also Wild Card Brewery and Mother’s Ruin Gin Palace in the same industrial estate). If your stomach is rumbling, pick up an old-school East Enders-style pie and admire the architecture of L Manze’s Grade II-listed pie shop.