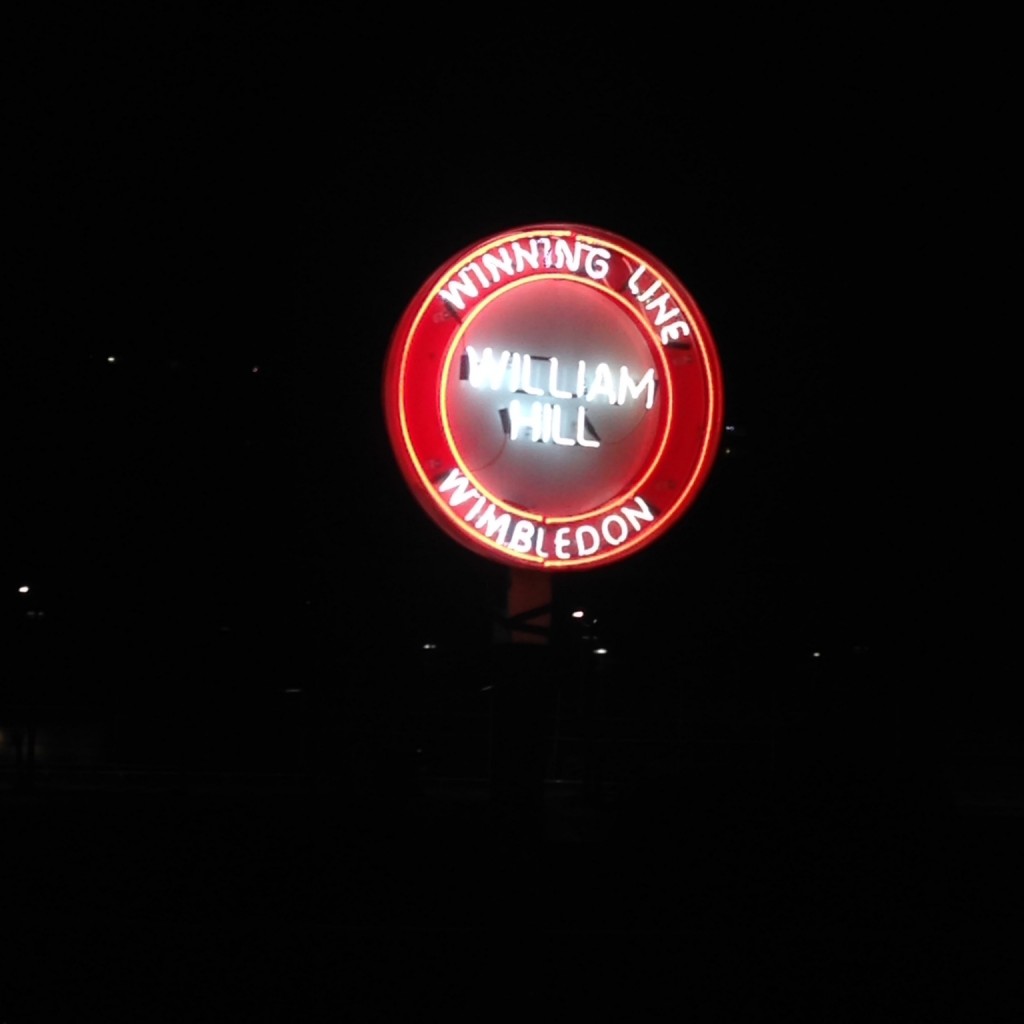 I’ve lived in Wimbledon for nearly two years now, but I still haven’t made it to the real, actual Wimbledon. (You know, having to apply for tickets six months in advance and have money and all that.)

Little did I know that my corner of the London universe is something of a sporting mecca. Not only is it famous for, well, Wimbledon, but it also has London’s last remaining dog track.

The greyhounds race on Friday and Saturday nights at Wimbledon Stadium, so I bundled up and braved the rain to see if I might meet any mobsters or gamblers or win enough money to buy tickets to Wimbledon. 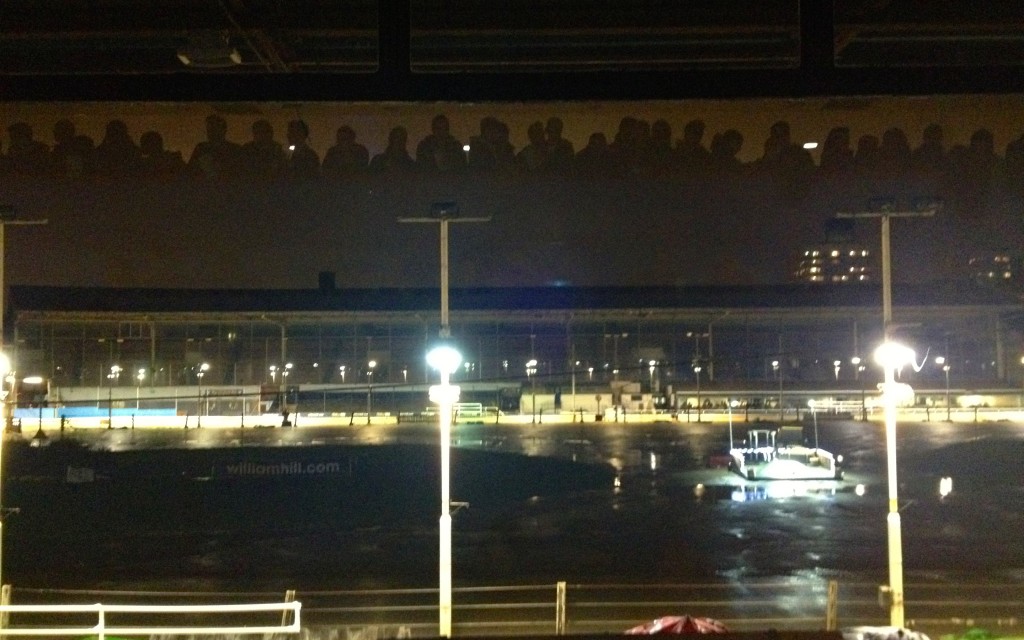 Wimbledon Stadium isn’t in the most ideal location. It’s severed entirely from all major transport links, except for my front door. Walking through the pot-holed, forebodingly dark parking lot, I started to wonder exactly how a place like this ended up in the 1000 Things book three times and exactly where the entrance was.

Inside, the walls, wearing their brightest orange and blue coats, made you feel as if you had walked into a different era, or at least into someone’s 1970s fancy dress party.

The place was delightfully shit, like your favourite bowling alley where the gum has been so well ground into the floor that it basically is the carpet. Well loved and well worn. 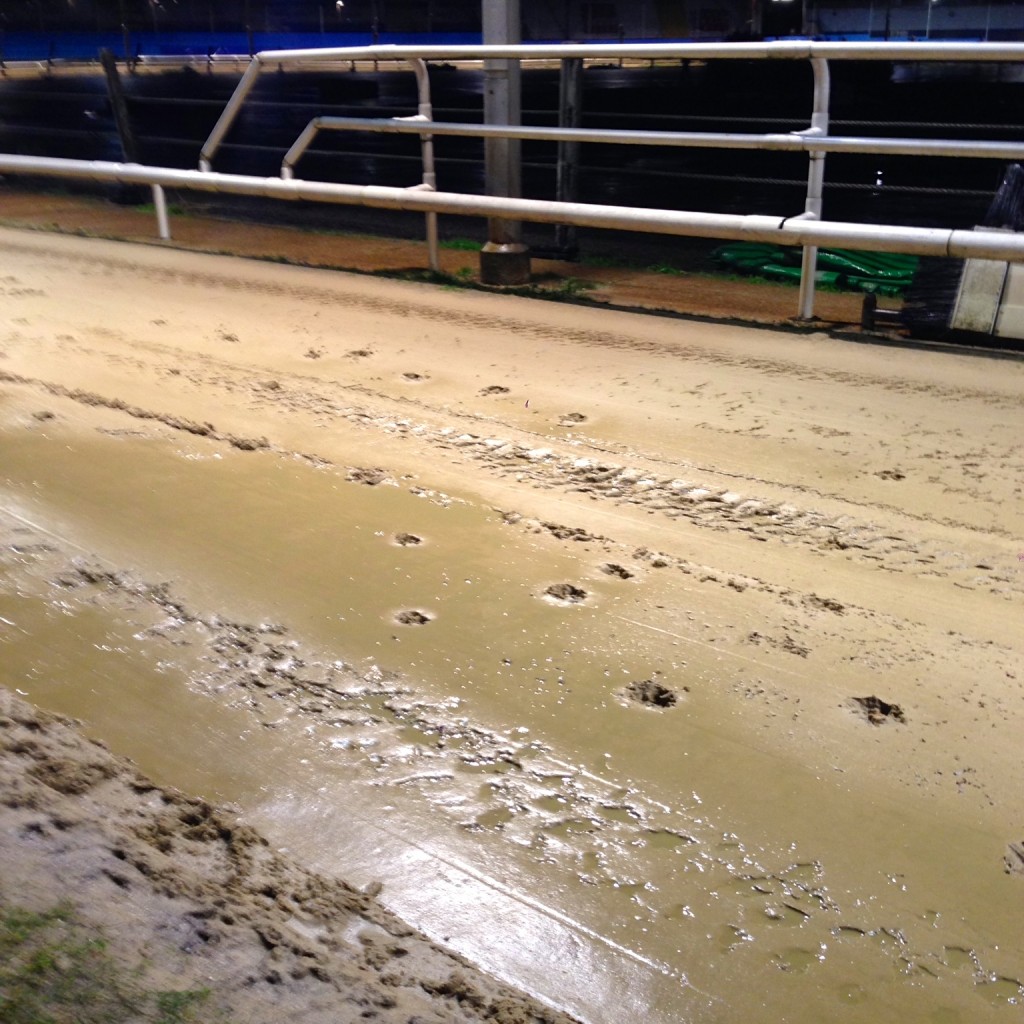 The 1000 Things Book recommended dinner here, but after looking through the overpriced pub-style menu and from the snack bar offering £8 burgers, I decided to go with the traditional London dinner of two pints and a bag of crisps. 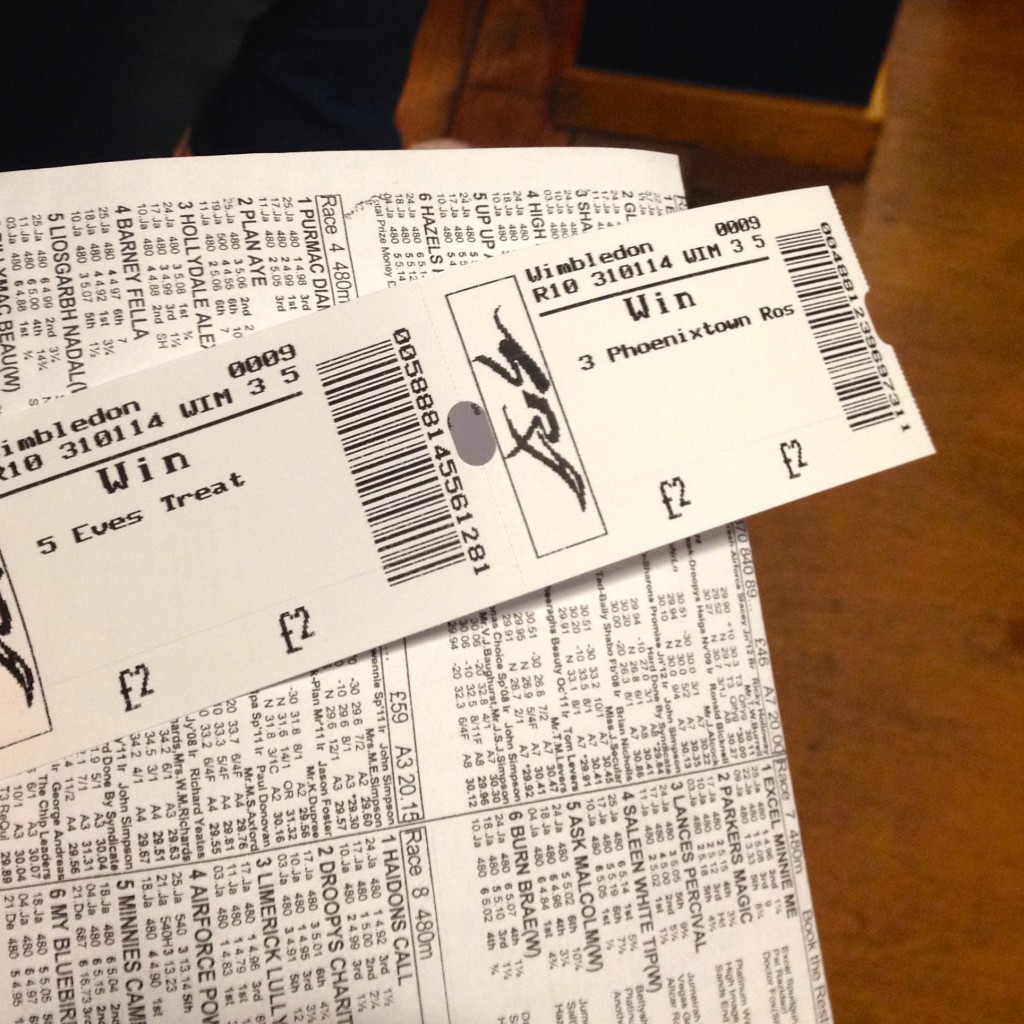 The night consisted of about 15 races, and somewhere in the middle, I got brave enough to put down some money on a couple of dogs. 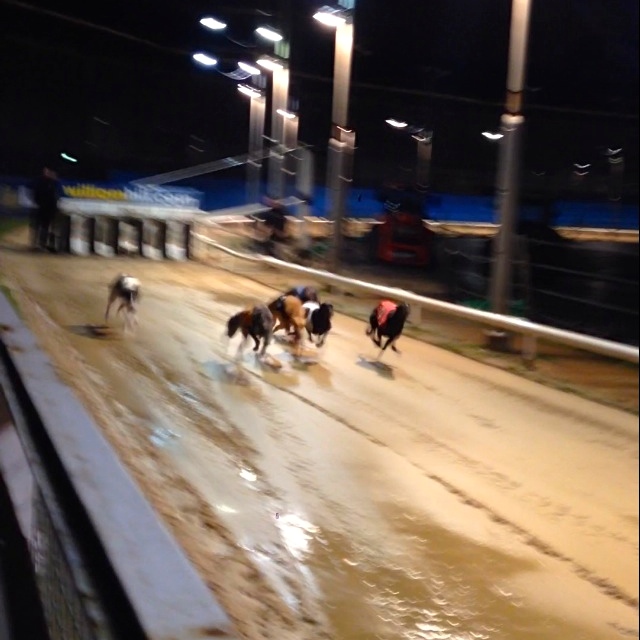 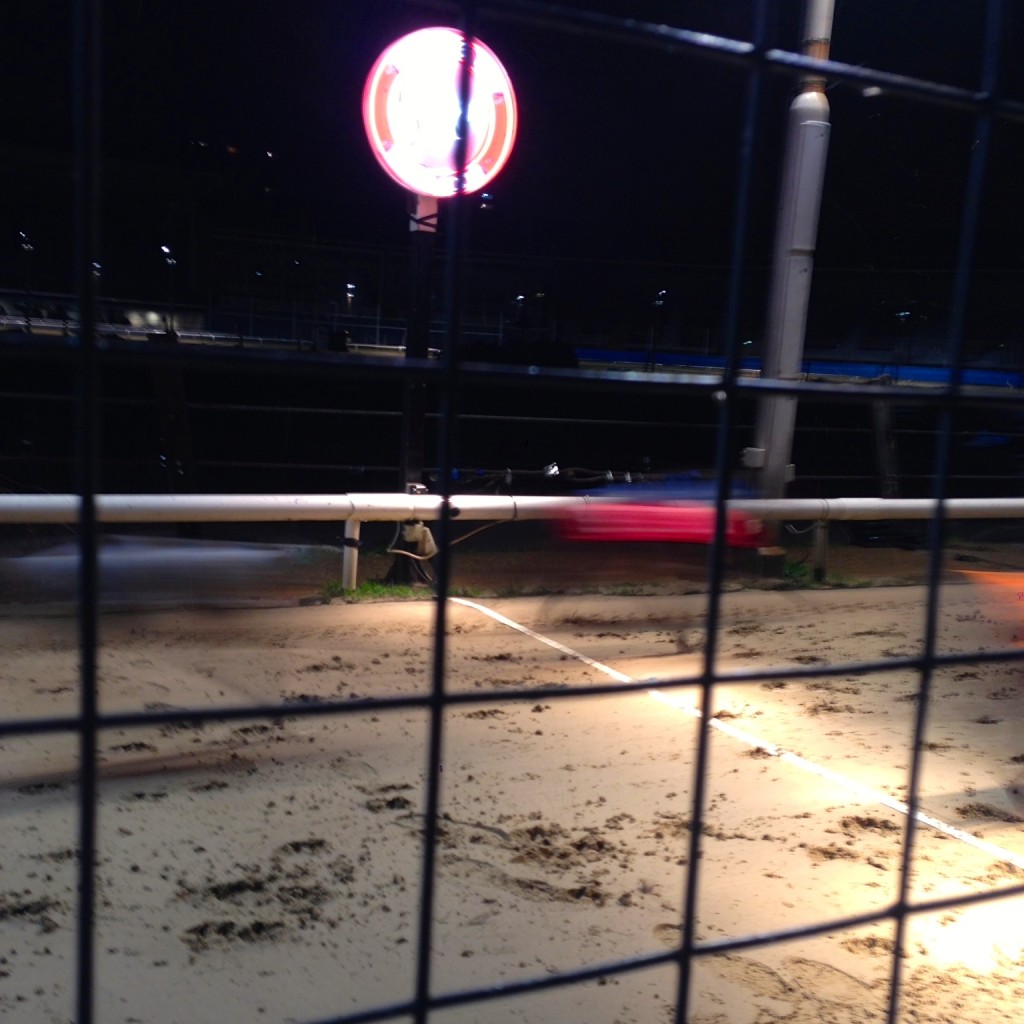 Minimum bet was £2 each, and I lost everything.

Even though I was reeling from our losses and a few more pints, I were glad to have finally given the dogs their day.