The City of London has been the headquarters of trade guilds since medieval times, and the ancient meeting halls of these wealthy unions are a sight to see. 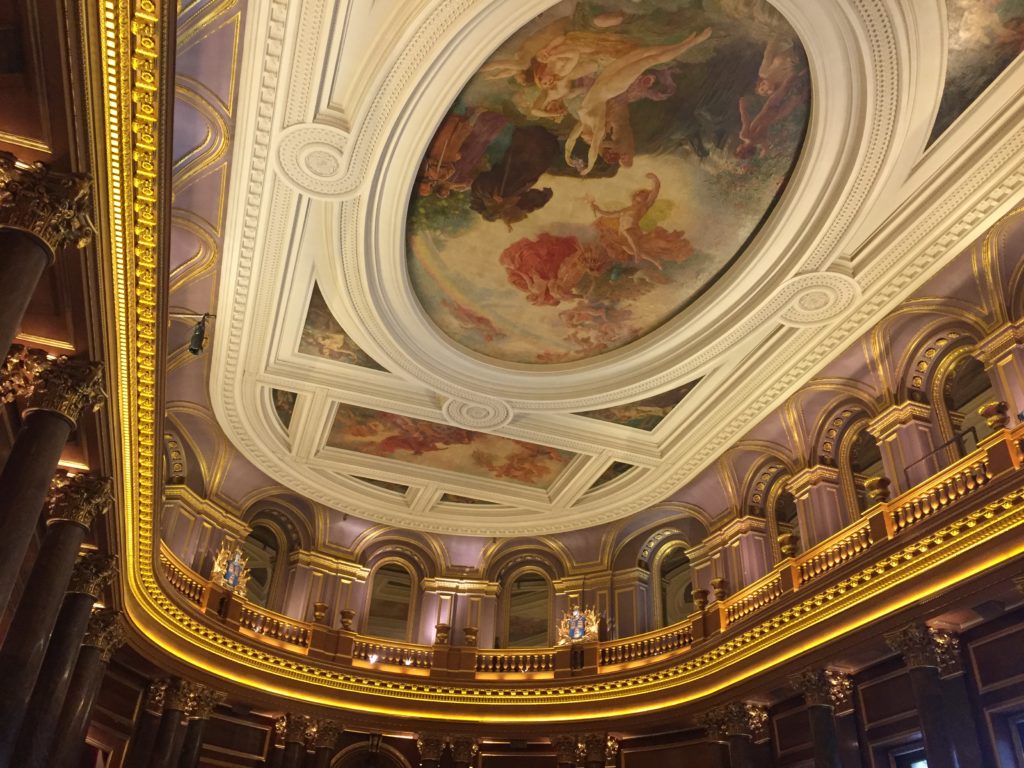 Hidden behind unassuming facades or locked gates, more than 35 livery companies call the square mile of the City of London home base. These astounding buildings, often reconstructed in the aftermath of the Great Fire of 1666, are unexpected architectural masterpieces nestled among their modern steel-and-glass neighbours.

The City’s livery halls are the gathering places for specific professions (called ‘Worshipful Companies’ – yes, really) that historically had powers of regulation or qualification in their fields and still have an influence on the City’s governance (the Lord Mayor and the Sheriff are elected from livery ranks).

If you only get around to one city livery hall, make it this one, the headquarters of the Worshipful Company of Drapers, formerly the people who bought and sold woollen cloth in the City of London. 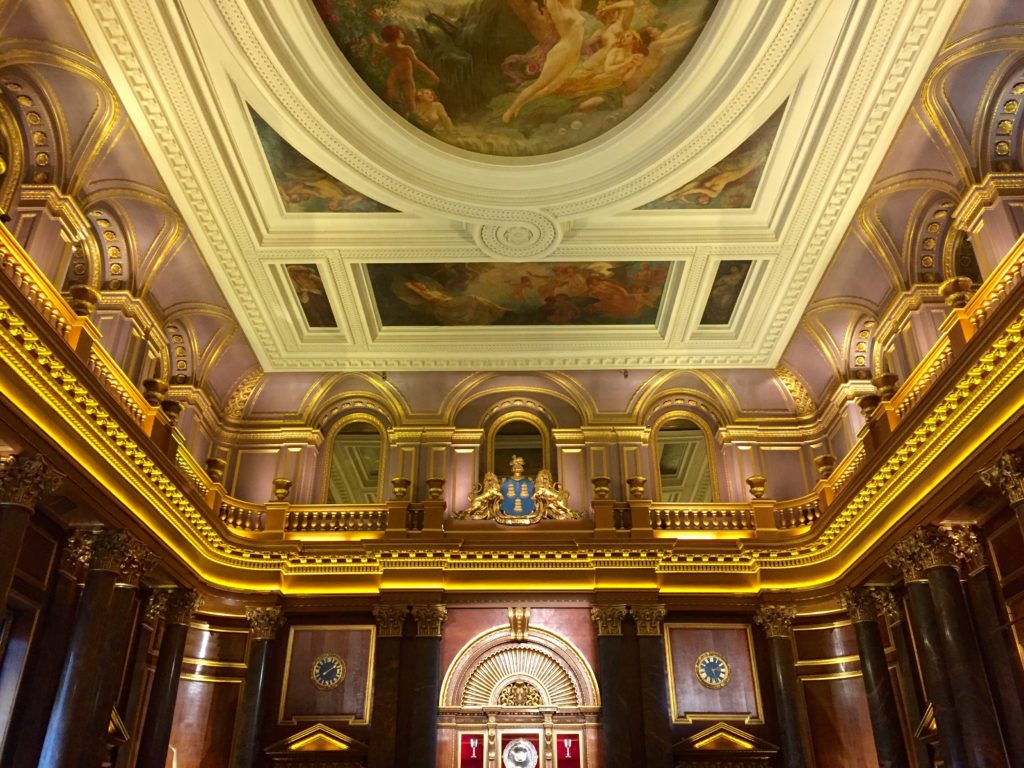 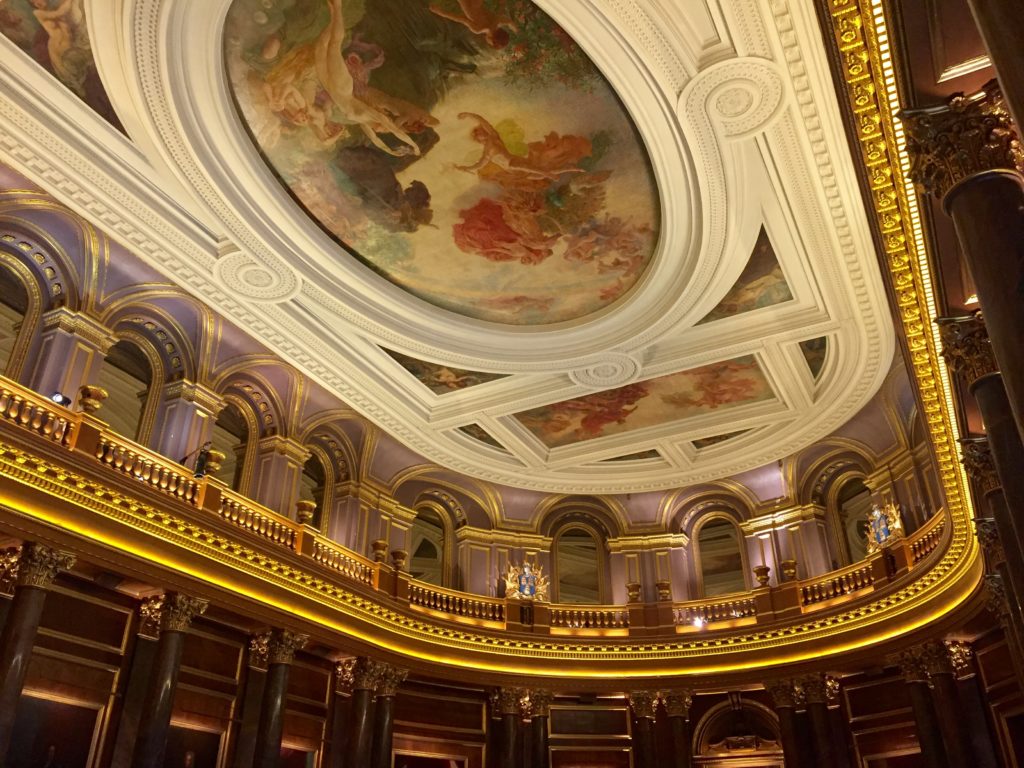 I’m a total sucker for over-the-top Victorian gaudiness, so the Drapers’ Hall stole my heart. The Livery Hall is the last room you’ll see but the main one you’ll remember. Scenes from Shakespeare’s Tempest and A Midsummer Night’s Dream are painted on the ceiling, and the railing around the balcony is the perfect shade of orange-gold to illuminate the purple walls.

The Drapers’ Hall is breathtaking, but we’re not done yet. 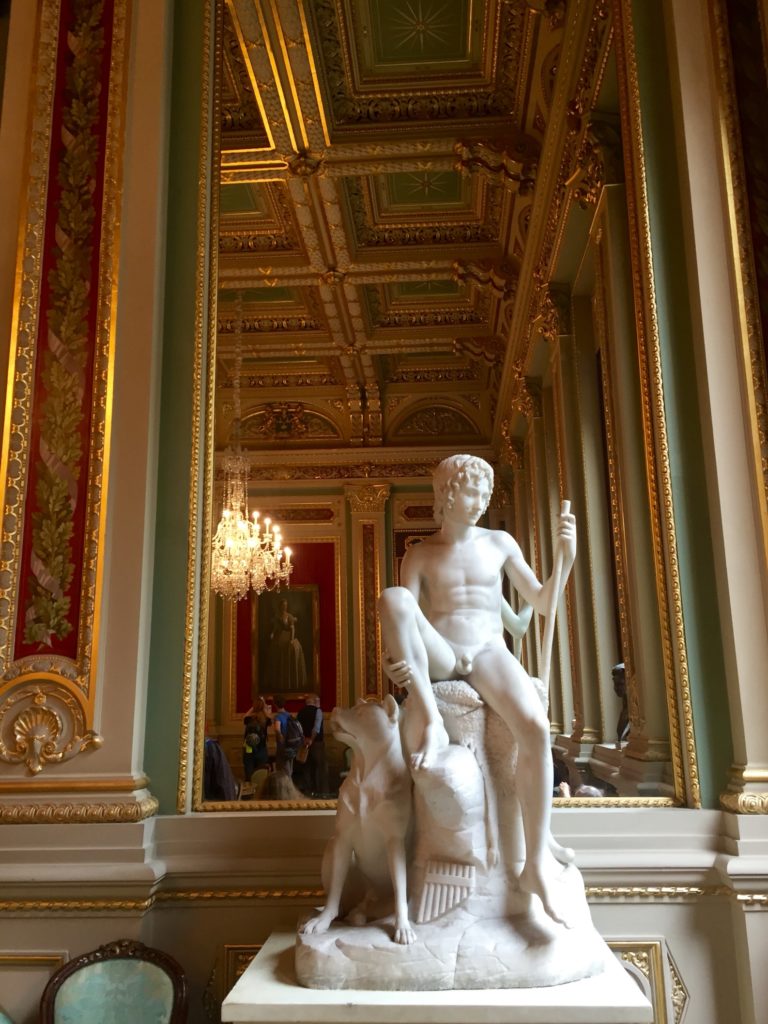 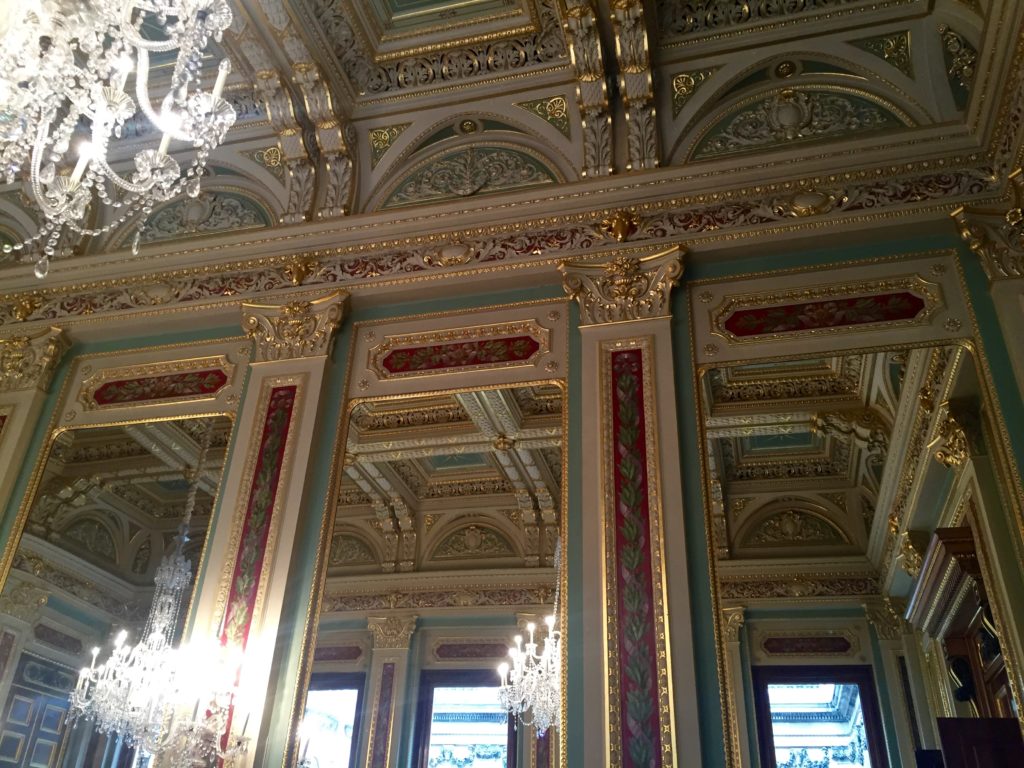 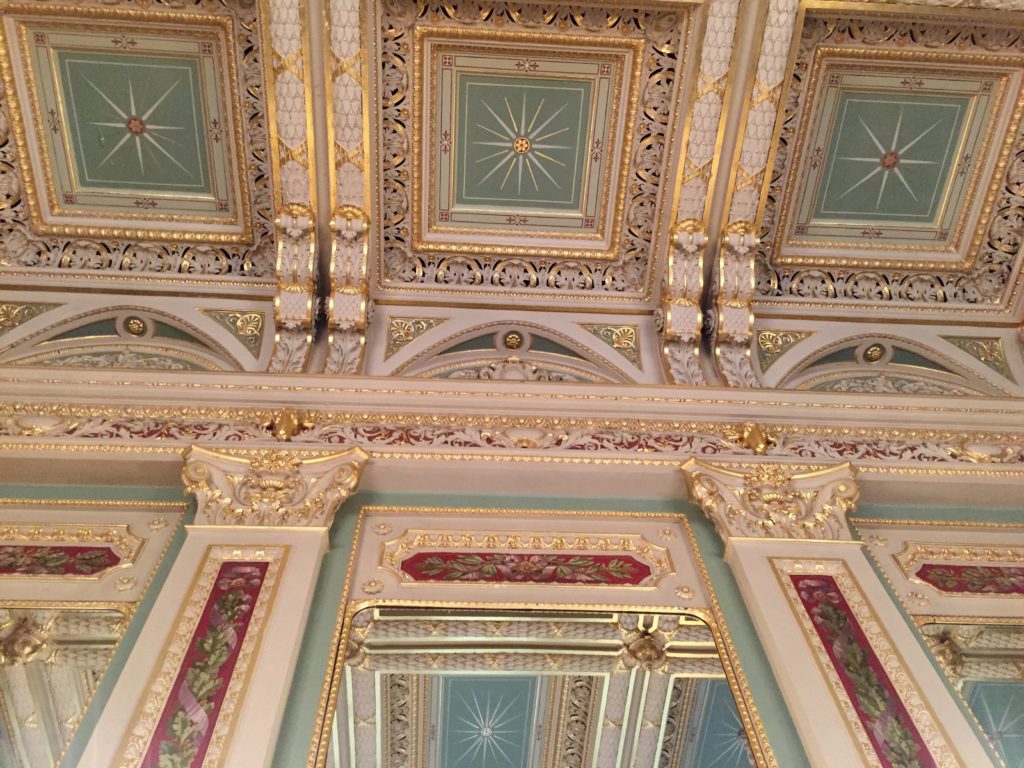 The Drawing Room hasn’t changed much since 1870 when it was designed in this immaculate, almost-Versailles-level style. Mirrors cover almost the full length of the wall, and marble statues make us paupers fall silent.

The Court Dining Room is another gilded beauty, but because my photos didn’t turn out well, you’ll have to investigate for yourself.

The Worshipful Company of Cutlers is resident in another Victorian-era livery hall, but the origins of the guild of knife makers and repairers goes back to at least 1285. But even they aren’t sure how long they’ve been around. 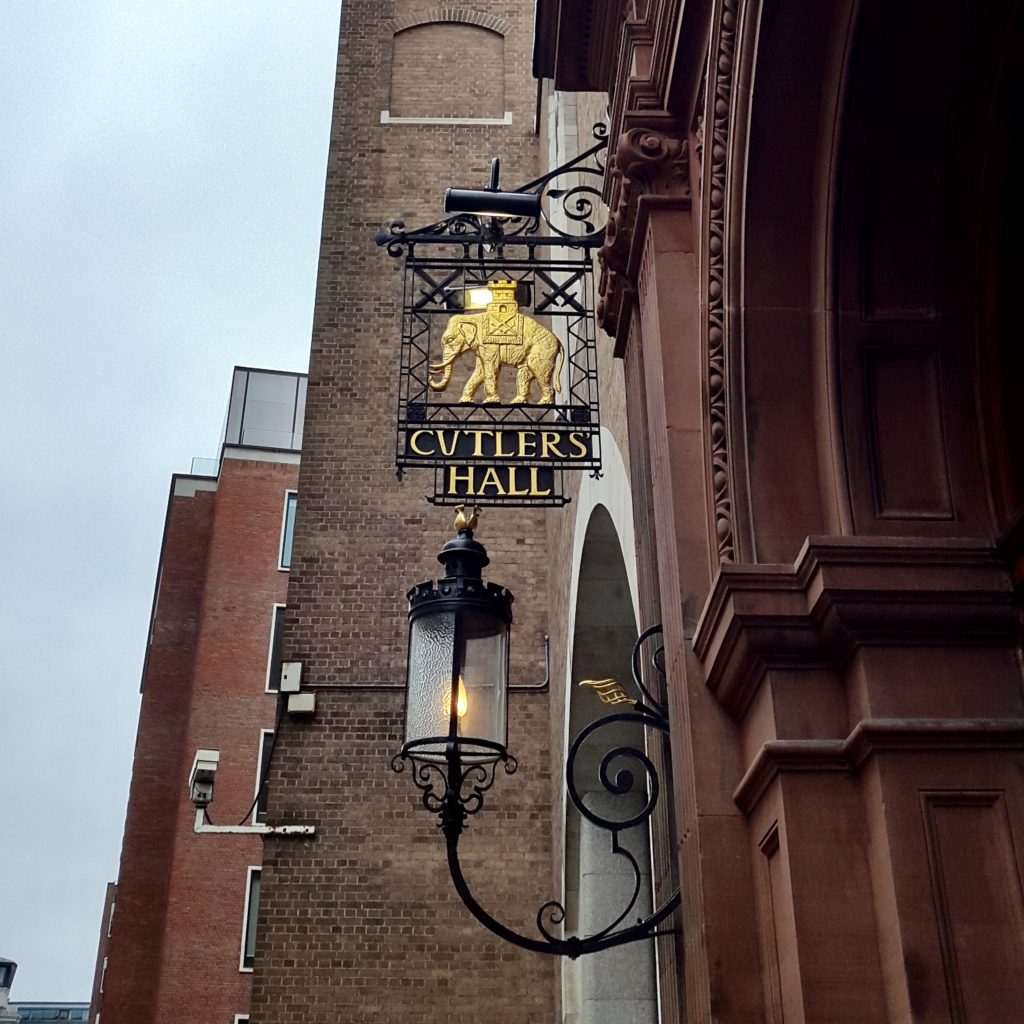 Cutlers’ Hall is more sombre than the Drapers’ Hall, but the intricate architecture that’s hidden behind a pretty plain terracotta facade is still amazing. This livery hall building managed to survive World War II, and after a particularly rough night in December 1940, only the Cutlers’ Hall and St Paul’s were left standing on this side of the City. 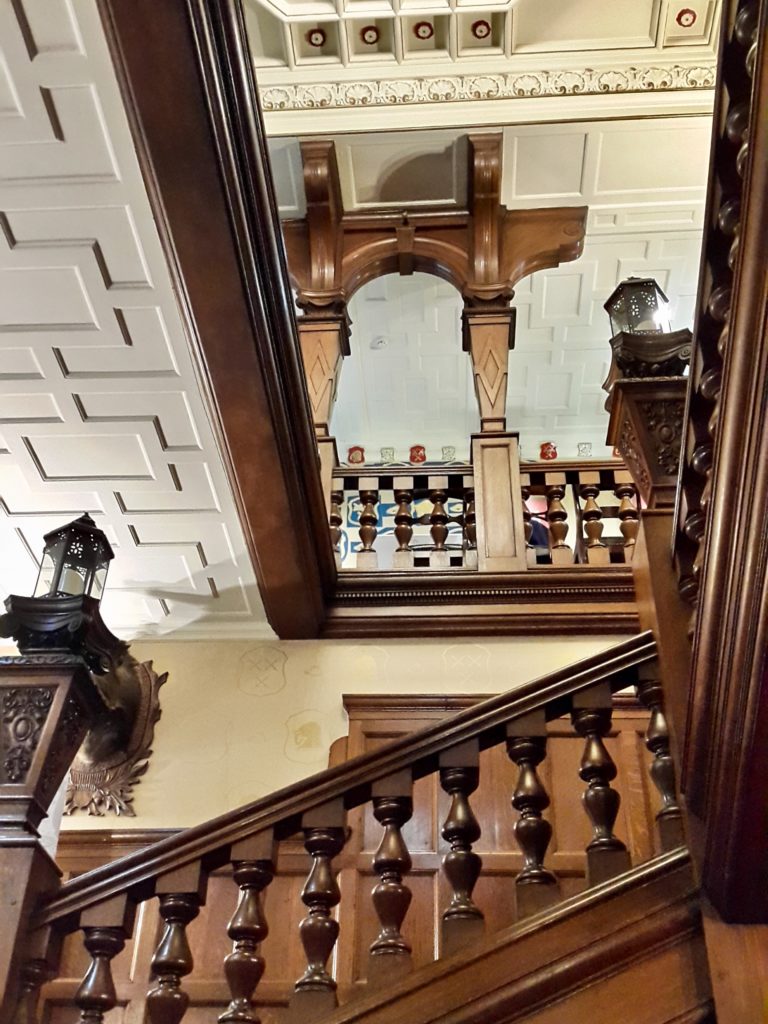 The Livery Hall has a beautiful wooden roof, and during Open House London, different stations were set up around the hall featuring rare cutlery and a collection of swords, including a few metre-long ones that you can hold. 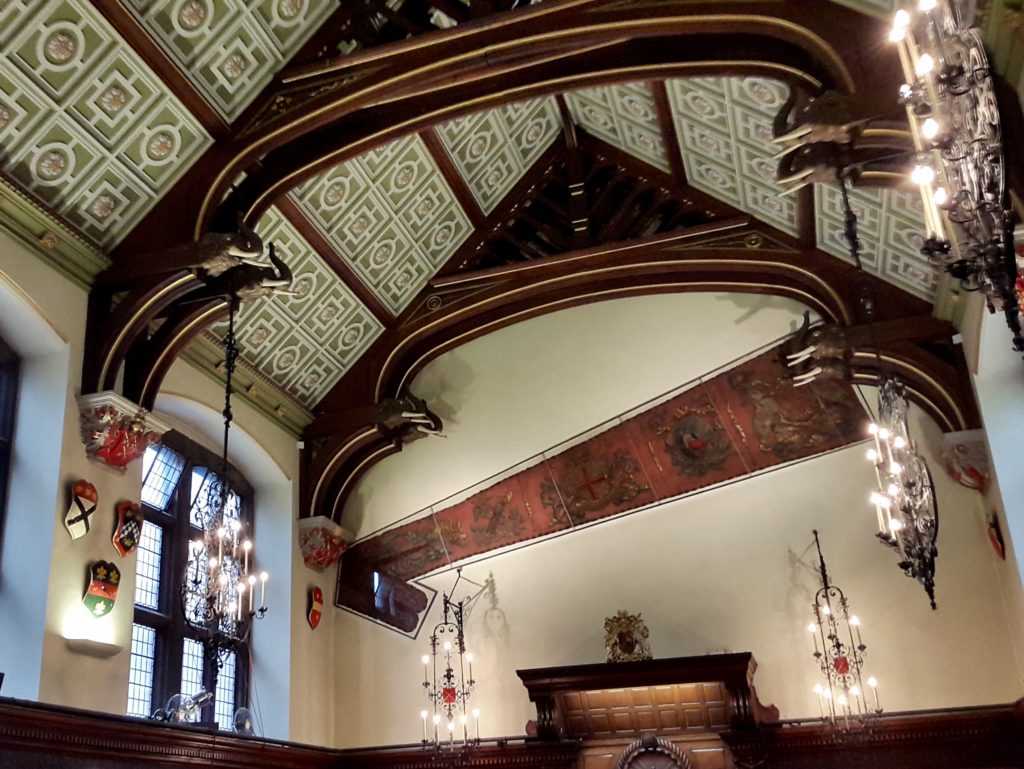 Apothecaries’ Hall, home to the Worshipful Society of Apothecaries, is the oldest surviving livery hall in the City. Like the other livery halls, it also fell victim to the Great Fire, but it was quick to be rebuilt, with the finishing touches added in 1672, and it’s hardly changed since then. 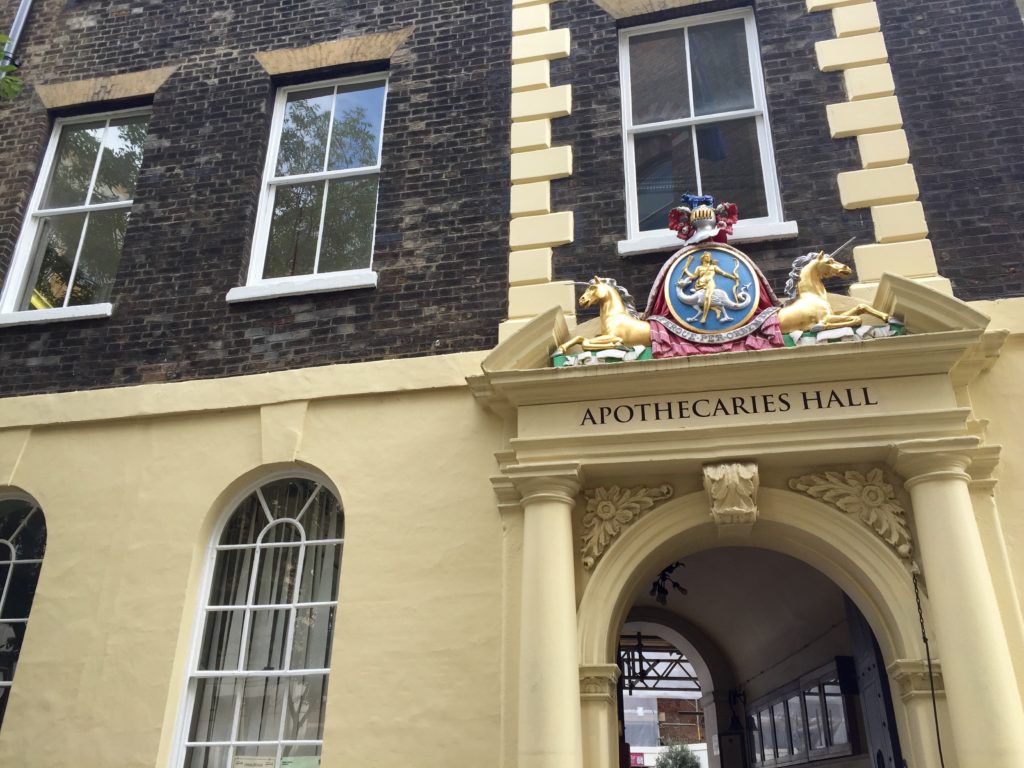 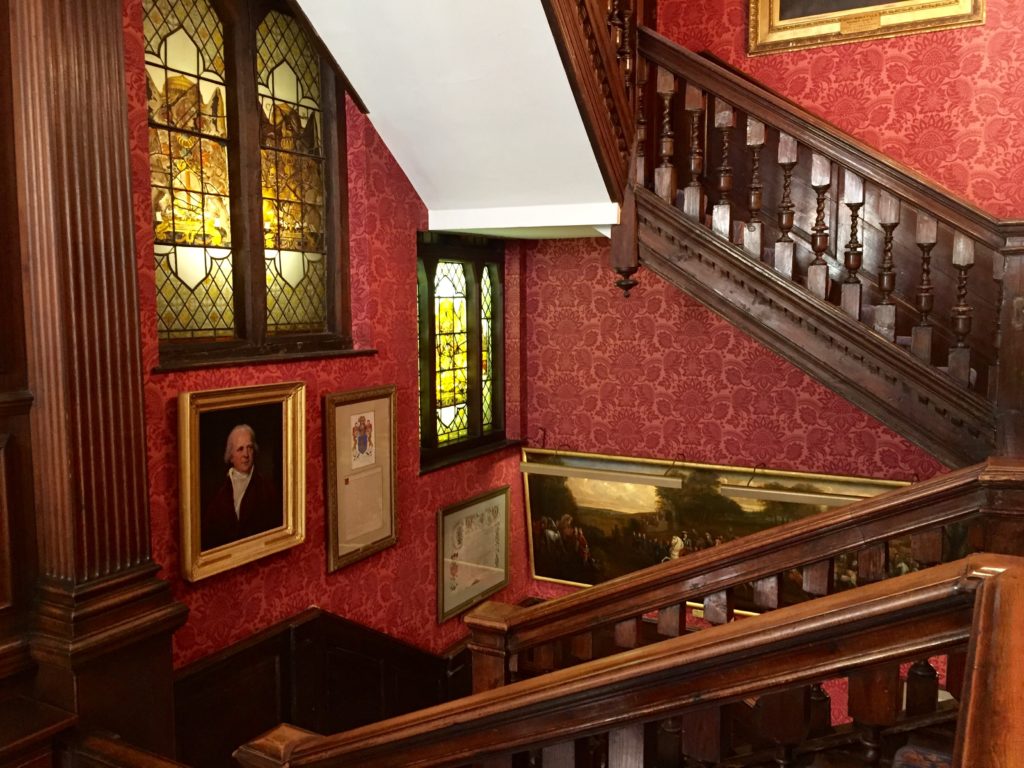 The post-1666 hall had a laboratory built in it so that medicine for the Navy and the East India Company could be manufactured and sold from a shop here. Wandering the narrow, winding lanes of Blackfriars, you could almost picture a sailor making his way up from the docks on the Thames to stock up before the next big voyage to the unknown. 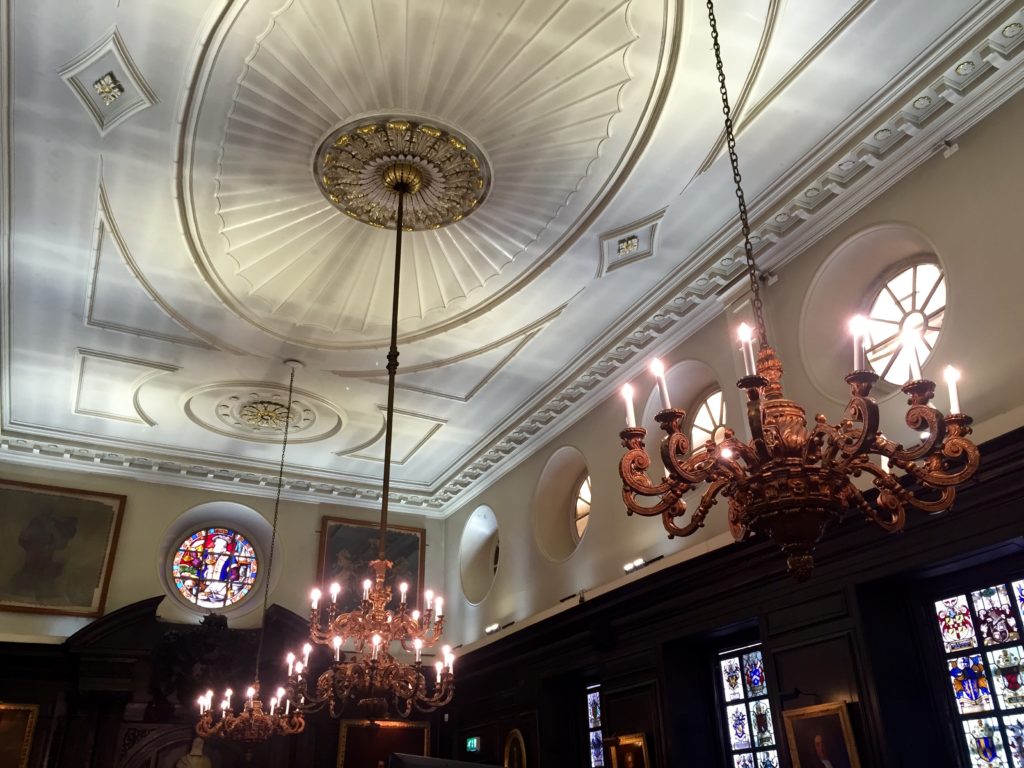 If I ever joined a city livery, this would be the one: the Worshipful Company of Stationers and Newspaper Makers. Stained glass windows dedicated to the virtues of Shakespeare and script? Sign me up. 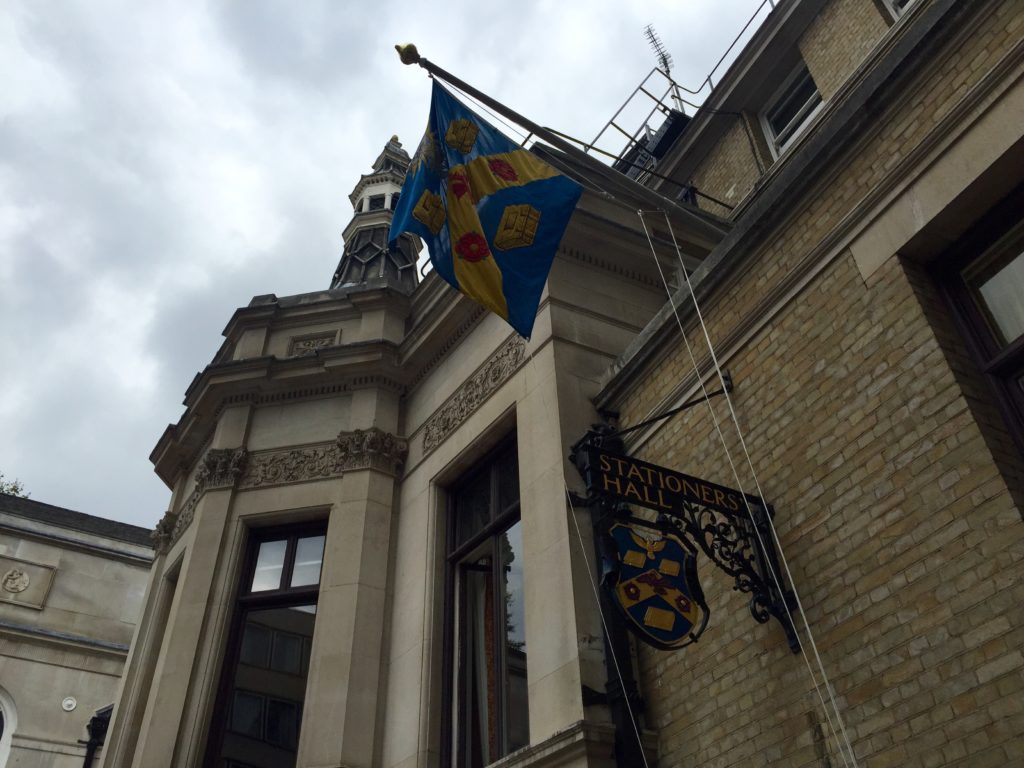 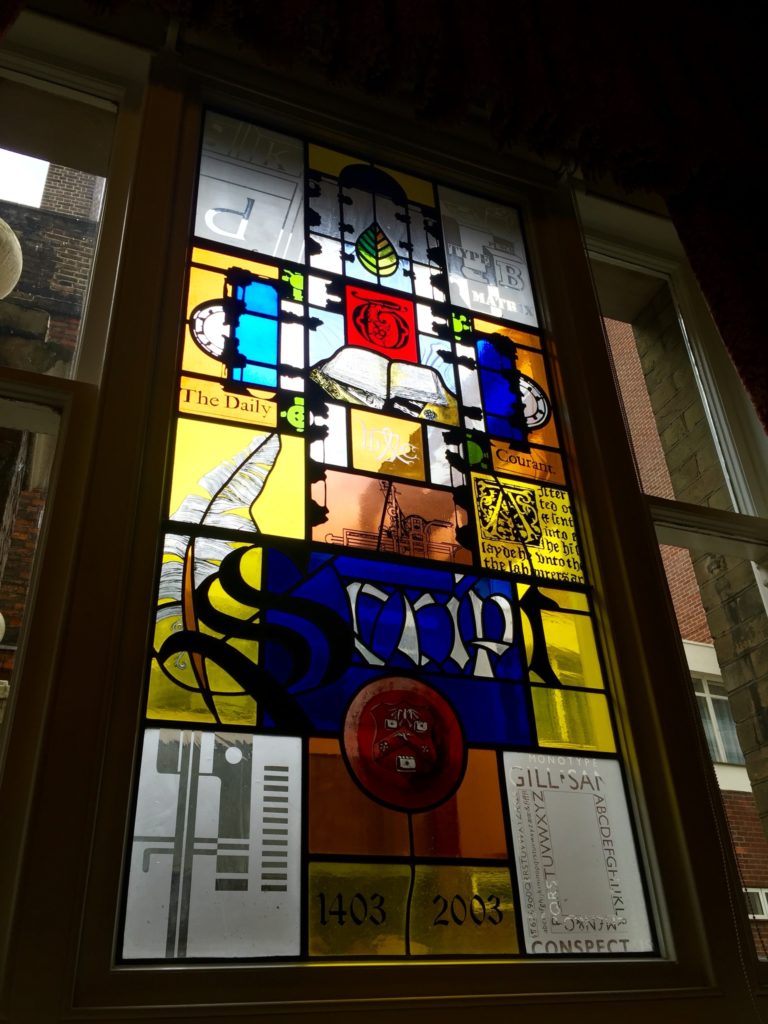 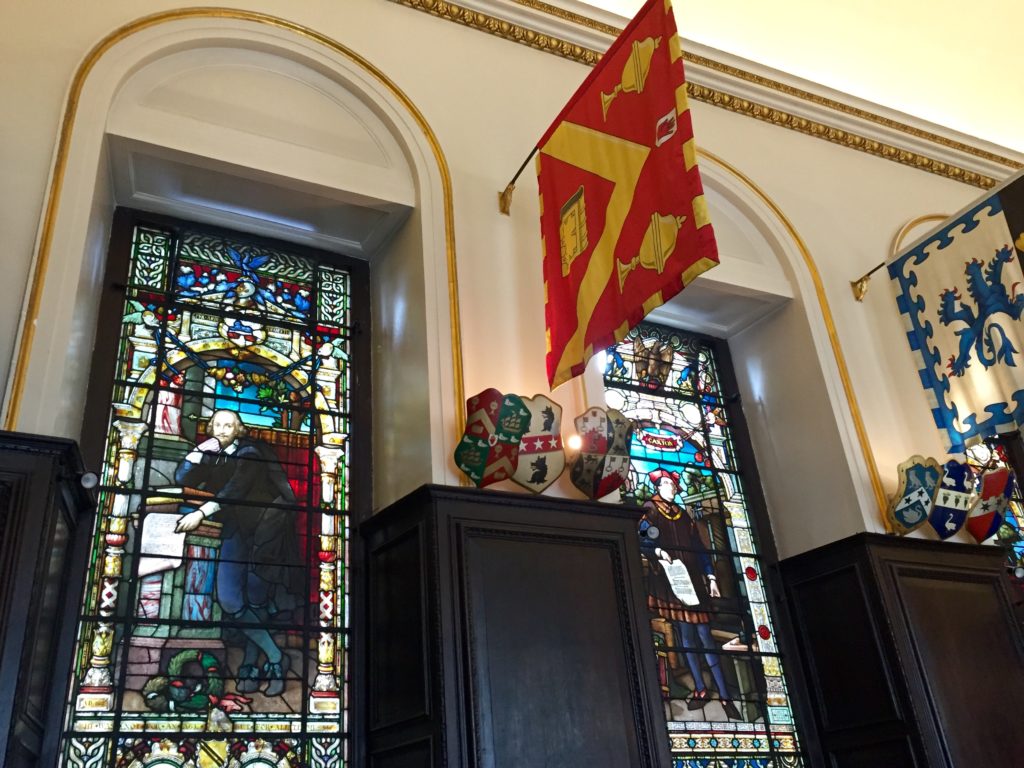 As with many other city livery halls, the original Stationers’ Hall was burnt to nothing in the Great Fire of 1666, and the current hall was finished in 1673, with some Victorian excess tacked on since then. 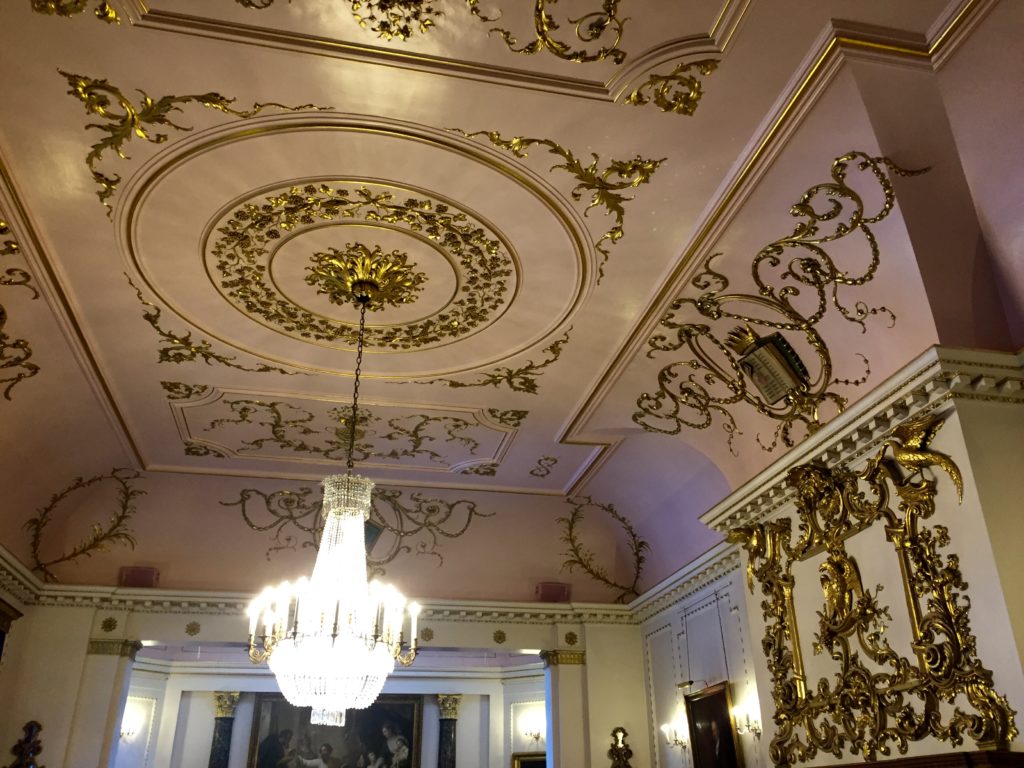 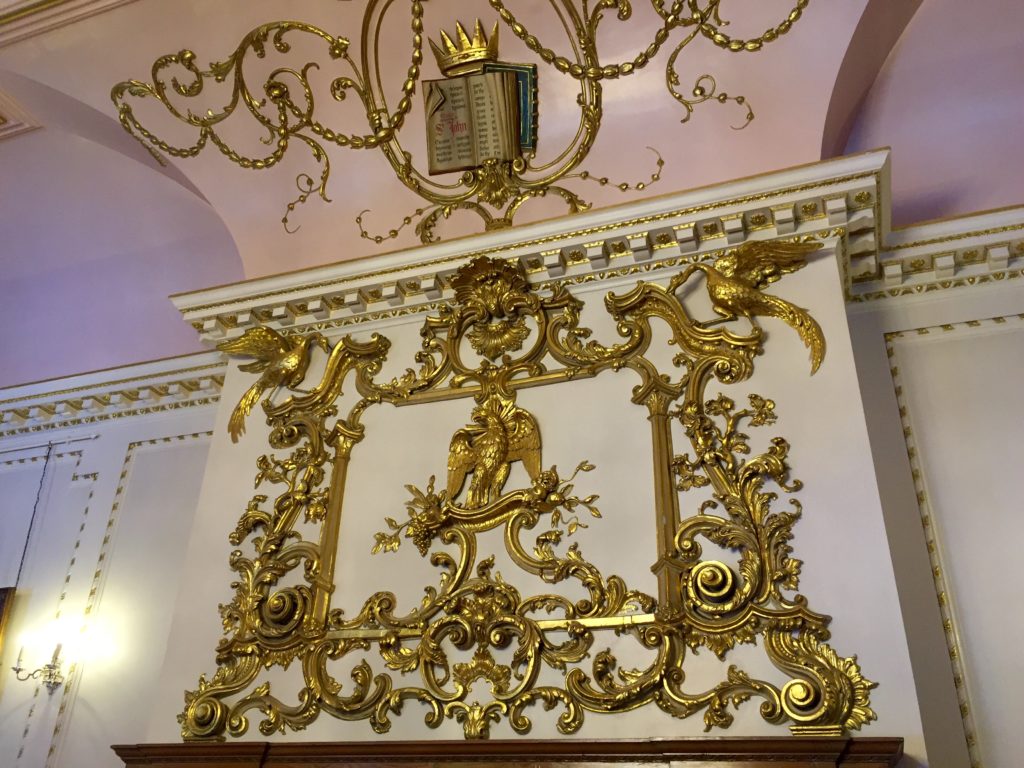 The stationers originally got their name because they operated out of stalls (or ‘stations’) around St Paul’s, and the goods they sold began to be called ‘stationery’. Even today, they haven’t strayed too far from their original posts – Stationers’ Hall is still nearly on the cathedral grounds.