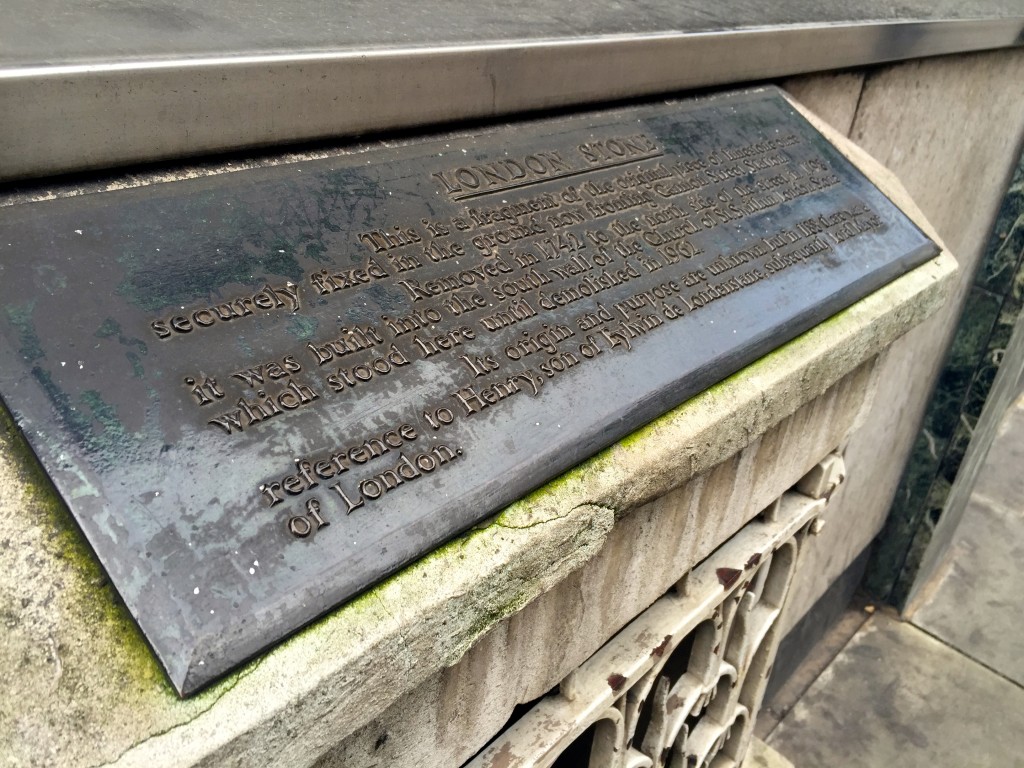 The London Stone lies hidden behind a rusting metal grate on Cannon Street, off-limits behind a dirty glass window. Oblivious office workers and tourists rush past, unaware that a piece of London’s history awaits discovery. But is this mysterious slab even worth your time in this state?

I’m not going to pretend — sometimes these 1000 London Things are not glamorous.

Sometimes they lead you to wander around the City, and once you stumble upon the object that’s supposed to be of your affection, you realise it’s just a lump of limestone behind a grate with a screen so dirty that you can’t even see inside, no matter how much you try to press your face against the glass or try to use your body to shield the glare, much to the delight and horror of passers-by.

Sometimes these 1000 Things lead to your fellow explorers to turn against you. 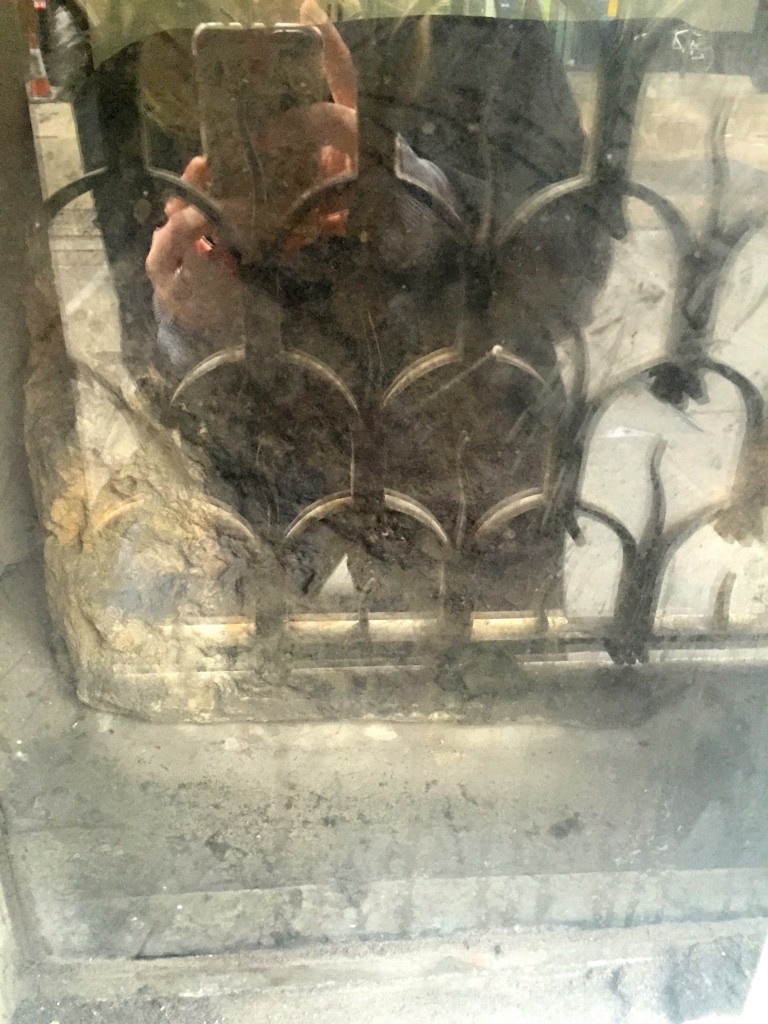 I’ll be the first to admit that I’ve got a lot of time for rocks, probably more so than the average person. These slabs just lie there inert, always soaking up the stories as time goes by.

So what’s the story of this one? Well, the problem is that no one really has any idea.

The London Stone is so ancient and is shrouded in so much mystery that even in 1598, Londoners had no idea what it was for. London historian John Stow wrote then, “The cause why this stone was set there, the time when, or other memory hereof is none”.

It’s just always been there. Maybe it was used by the Druids to point the way to a London version of Stonehenge, now covered by St Paul’s Cathedral. Maybe it was part of the foundations of an administrative Roman building in ancient Londinium. Maybe it was just a hunk of rock left to its own devices in the middle of a busy road until in 1742 it was decided that it was a traffic hazard and had to be moved to a nearby church.

That last one is true at least, and it stayed in an alcove in the wall at St Swithin, even after the church was bombed to a shell during air raids of World War II. 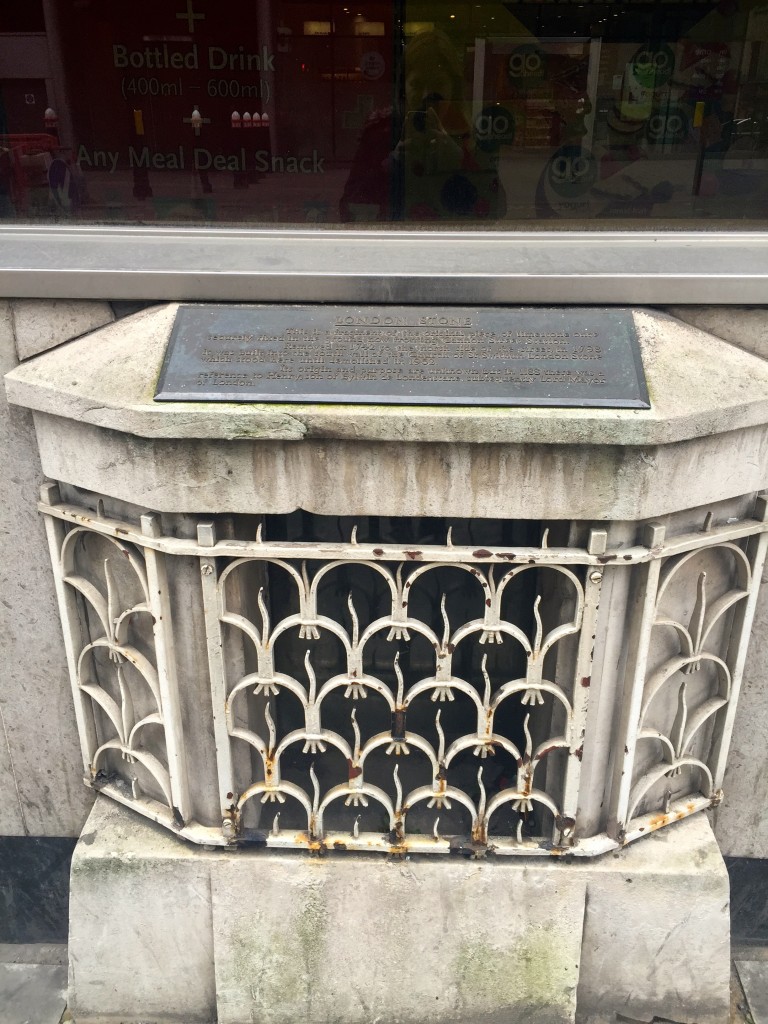 Probably the most amazing thing about the London Stone is that this thing, namechecked by Shakespeare, William Blake and Charles Dickens, has managed to stay put for so long. Surviving (mostly) in place and in tact in the middle of the ever-evolving financial district whose layers are peeled back and replaced every couple of decades is no easy feat. 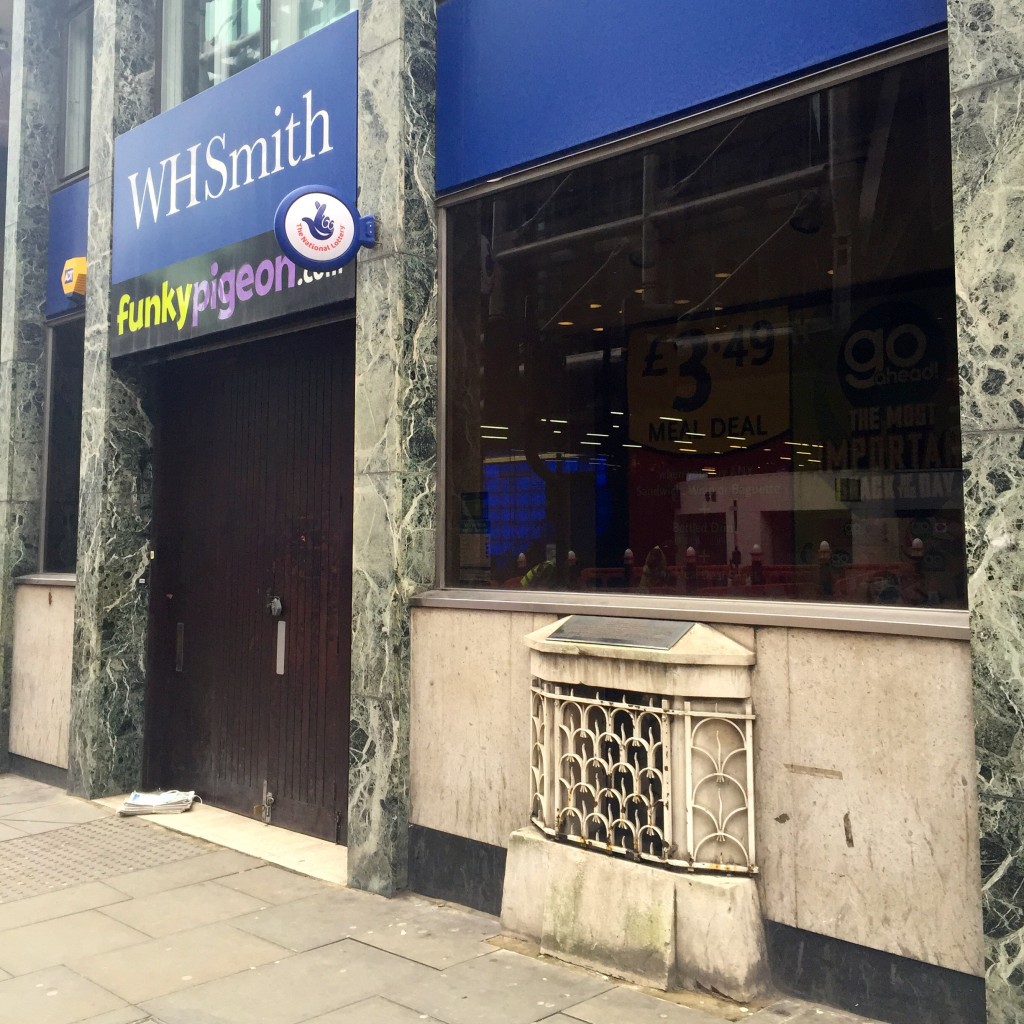 But who cares for it now? The British Museum, the Museum of London and academics say there’s no way to accurately date it or figure out what it’s for, and City workers rush by or rush in to WH Smith to get their £3.49 meal deal. No one’s around to give it some much needed TLC, or at least a quick dust-off.

So seek out the London Stone, but only en route to somewhere else. In true London fashion there’s a pub just a few steps away, obviously also called The London Stone. But I’m not taking the blame if it’s crap too.