Grab a satisfying scoop at Gelateria Danieli when the London summer is in full swing (that means rain or shine). This is authentic Italian gelato, but quirky quintessential British flavours will make you praise everything European.

Every American remembers her first. Mine was in Freiburg, Germany.

I always went for the English-speaking types — I wouldn’t dare to make a fool of myself so early on. It was already going to be awkward enough with a foreigner.

Our meeting place, I would soon learn, was typical: small room, dark and cramped, but just enough to be romantic. At this particular venue in Freiburg, couples had taken their places at 2-seater American diner-style tables, slurping “spaghetti” ice cream off each other’s fingers, almost like Lady and the Tramp had ice cream not already melted by the time it reached the single noodle stage.

Was I ready for this?

I had no choice. It was my turn.

“Lion,” I shot out quickly, distracted but trying to make it seem like I hadn’t been rehearsing possible questions and their possible responses in my head already.

The man behind the counter smiled knowingly and handed my first over to me. I had been nervous for nothing.

When I returned to Germany, to a small town outside of Düsseldorf, a few years later, I found exactly the replacement I needed.

“Cooooooookies!” I howled, as if I were trying out for the part of that dog in the Cookie Crisp commercials, a reference I was sure this one would never understand. 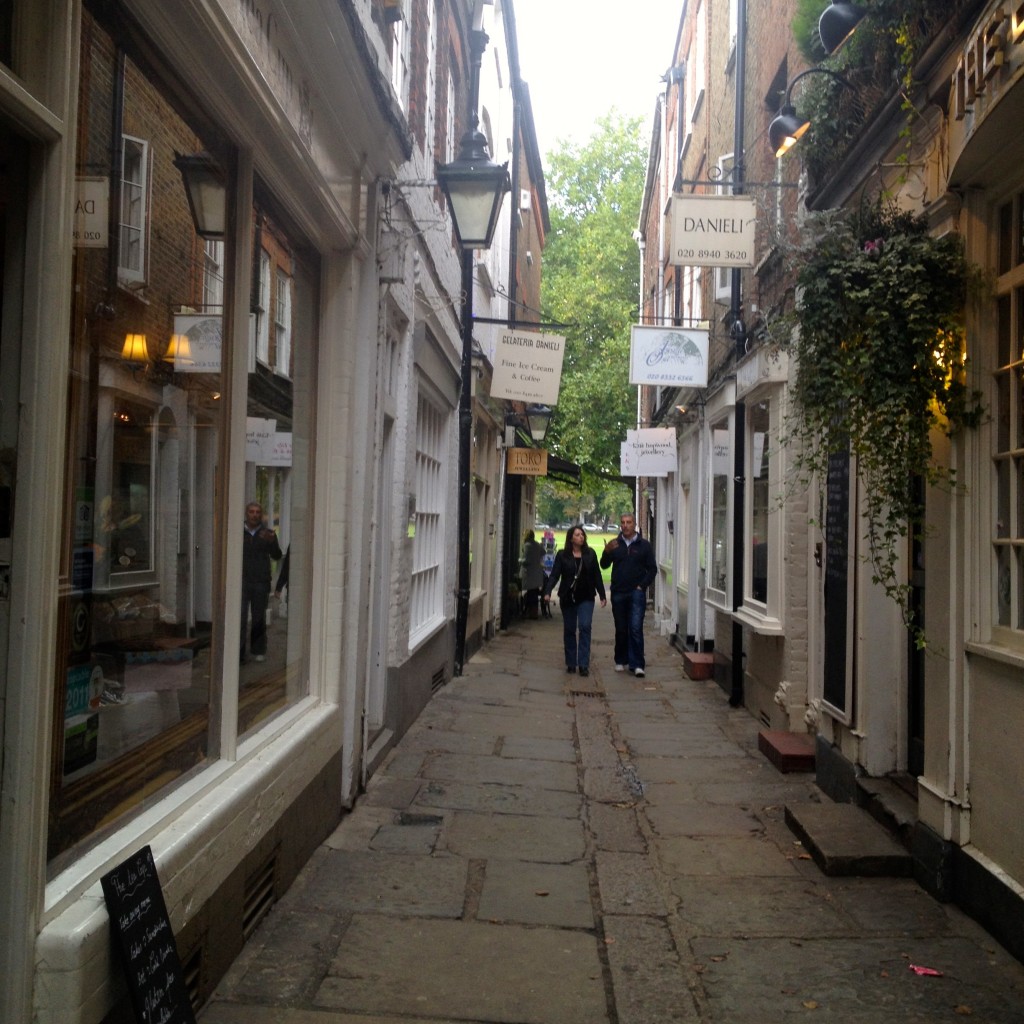 This time in London, the decor was similar. Dark wood paneling boxed us in. The bright candy colours from the freezer beckoned.

I knew the drill by now.

“One scoop of biscuits,” I said confidently. I hope that wasn’t lost in translation.

But then I felt a surge of bravery. I could do this. I could order something not in English!

“And a scoop of dulce de leche.”

“What?” the man behind the freezer asked.

Should’ve stuck with what I know. 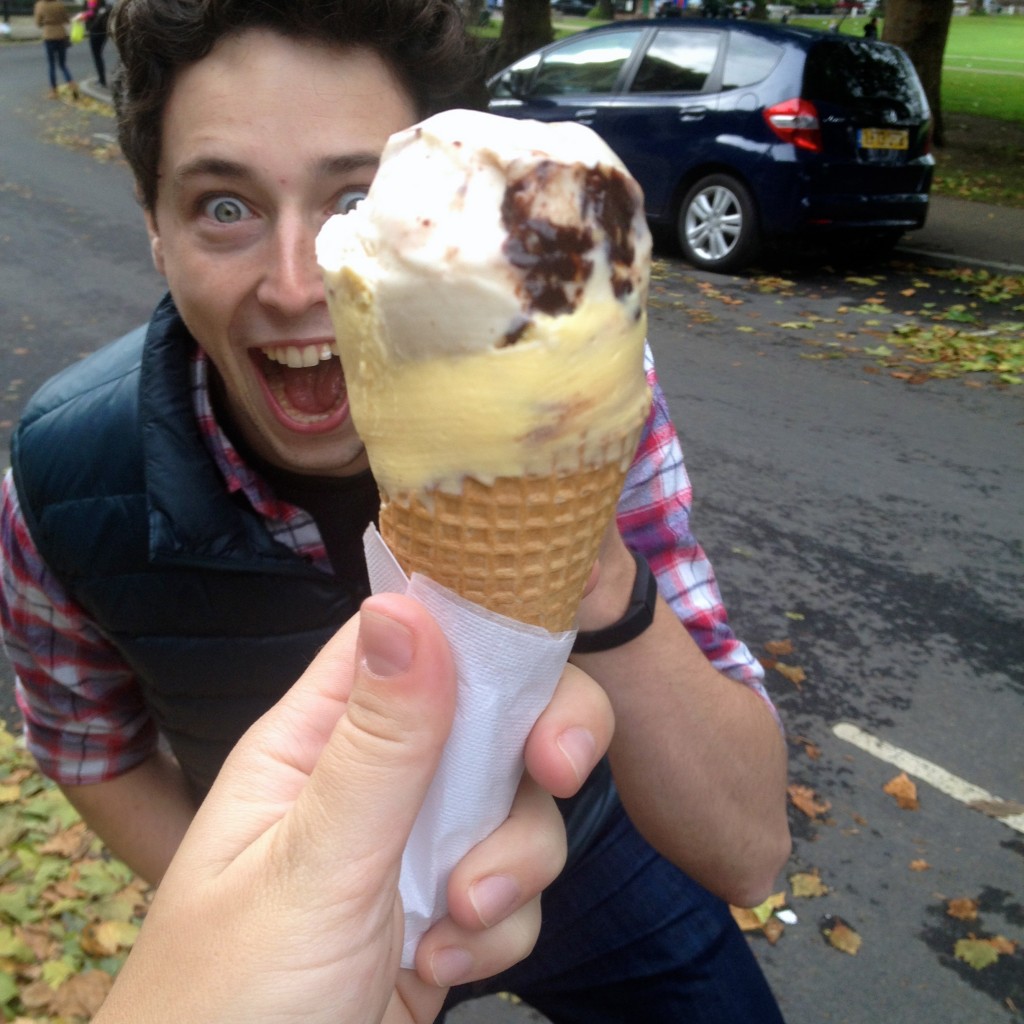 (What I really wanted was something SUPER English. Apparently Gelateria Danieli does cherry bakewell ice cream, my most favouritest British dessert, which I didn’t see this time around… Like I need an excuse for another first.)